This week’s wind whacking highlights the over-riled reactions attached to each and every arriving storm. I want to add what might be a touch of reality to such wham-bam storms.

Firstly, I’m as gun-shy as the next underinsured sot. But, I have to offer a touch of meteorological wisdom: It ain’t the size of the storm as much as the duration.

The key ingredient in a coastally destructive storm stew is time spent. The worst storm expression any coastalized soul can hear is, “It’s a very slow mover.”

Even a monumental storm can’t survive brevity, so to speak. To be shore sure, a day-long blow can bring a bulldozer full of drama. Nonetheless, the record books bear witness to the way one-and-done weather systems are infinitely more survivable than those nightmarish, multi-high-tide storms. This concept will obviously bow out in the face of Category 4 or 5 hurricaneness, utter rarities.

(Above: A Cat 5 hurricane need only last a single day to send normalcy packing, otherwise, a storm needs a lengthy stay to render quality of life as duly compromised.)

Data point: Sandy was not a card-carrying hurricane upon landfall. She was an ugly, lollygagging hybrid – with a damn near unique looking portrait when hung within the hallowed halls of historic storms.

Having been on-scene during Sandy’s abuse of LBI, I’ve since been big on pointing out that we began getting pounded by large surf almost a day and a half prior to Lady Superstorm’s official 36-hour display of north winds. The winds peaked at 90 mph (Surf City), the highest gust recorded in the state. Then, we got blindsided by an entire day’s worth of southerly winds, to 70 mph. In storm terms, that seemingly insignificant tack-on time proved calamitous.

Despite Sandy being only a two-day hit, that was all the duration devil needed. Her daylight landfall brought us a very well-documented high tide, videotaped by yours truly. However, it was the following, after-dark, high tide that rained ruin down upon us. Had Sandy been only 12 hours shorter, life would not have ground to a halt hereabouts. And it surely did grind to a halt, ghost-towning LBI for days, then weeks.

Scary Sidebar: For those of us who micro-studied the actions of hurricane-turned Superstorm Sandy, she came that close to hitting the brakes right at the NJ coastline. Moving east-to-west (something of a retrograde), she was already fighting the entire planetary pull, technically known as the Coriolis effect, which keeps sky systems moving west to east in the northern hemisphere. Had she suddenly got cold feet and slowed down, we could have seen days added to her stay. It aligns a bit with the dark quote: Never say things can’t get worse.

Anyway, as we fight this ongoing storm cluster, always keep that duration factor in tow. Also remember it’s all too often the high tide you don’t see coming that quietly kicks the mick out of you.

(Below: All good rides must end. This one in Seaside Heights is already on track to back a screamin' return.)

AIN’T YOURS, DUDE: As Seaside Heights amusement park owners make all-out efforts to reclaim ride parts lost into the ocean – and now washing up on LBI sands – some serious laws kick in. 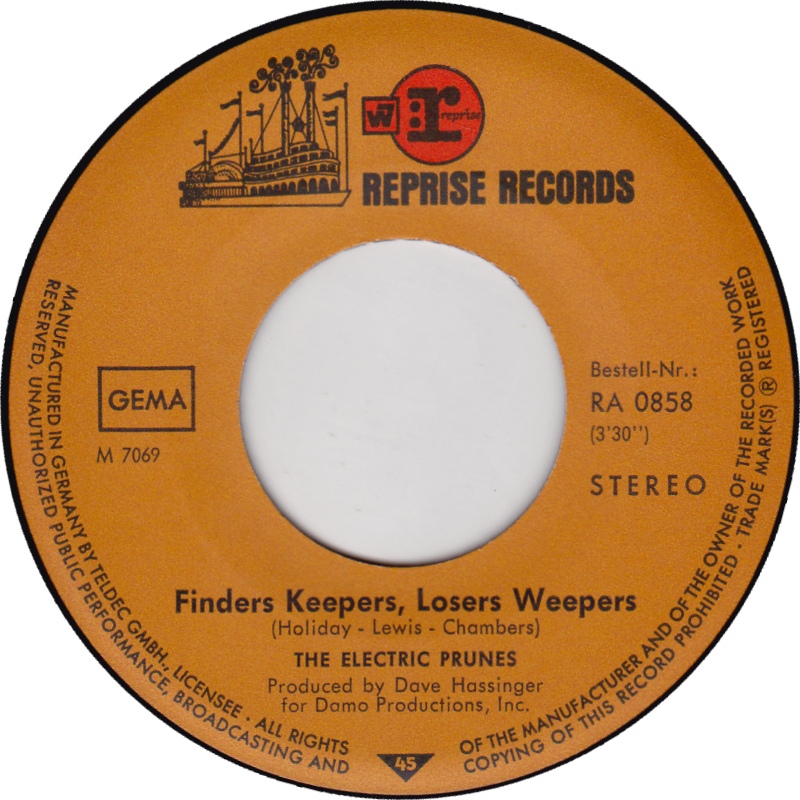 (Above: Hey, it was the psychedelic era, man, you hadda be there to understand.)

We’re all attuned to the “finders keepers, loser weepers” singsongish dictate. Well, we’ve all been singing the wrong song – as in dead wrong.

Lost or mislaid items remain the property of the weeper, I mean loser.

Get this: If you take possession of a lost or mislaid item, you must, by law, immediately begin to seek out the rightful owner or you can (and will) be charged with “Theft or Appropriation of Lost of Mislaid Property.”

Ain’t that a bitch? Here’s some item that has been idly rolling around in the bay or ocean for a month – or has washed up on some secluded sedge island – and it is still fully owned by, well, the owner. Related Steven Wright line: “I have the largest seashell collection. You may have seen it. I keep it spread on beaches around the world.”

OK, so maybe I’m dramatizing this law but, seriously, short of immediately turning a found item over to the police, you absolutely cannot keep it without straightaway doing background research to seek the owner. In fact, you can’t even back off your search, i.e. quietly holding it for safekeeping. It all falls under something called reasonable effort.Simply asking around does not qualify as reasonable. Asking around at the police station does – because they likely won’t let you leave with said item in hand.

(Above: I decided to use my wallet as a prop for a photo. Yeah, right.)

There is the another side to (You found a coin!? What year?). If a chunk of reasonable effort time goes by (ranging from 90 days to years) and no one claims the found item, it becomes yours – unless you found it somewhere else.

Say you’re in Walmart and find a wallet filled with a wad of magic paper inside. If no one claims it (are you ready for this?), Walmart, not you, gets to keep it – as does anyone who owns the property upon which you found a goodie. This is sometimes called the treasure rule. You treasure dig a hoard of gold doubloons on my land, it remains 100 percent mine. Hand it over, dude!

By the way, you must also take reasonable care of a found item. Let’s say it’s fishing gear. You can’t just let it lay around outside, rotting.

Apropos to now, boats and flood relocated items remain 100 percent the property of the owners. No ifs, ands, or buts. (Above) That found tackle box is not yours, dude.

As for the rightful owner, he or she must also make a healthy effort to essentially exert ownership. Reclaiming goods entails more than just a hearty “Hey, that’s mine, buddy!” Even though a rightful owner never loses ownership of a lost or mislaid item, it can come down to an ability to vividly prove ownership. Ouch to those of us who don’t keep receipts, though I’ve read of a few cases where the testimony of others has led courts to favor the alleged owner. In one case, a found diamond wedding ring was awarded a loser based purely on family members and friends confirming they had seen it on the loser’s finger – for decades.

Long and short of it: If you pick up something of value, you better be ready to work for it. If you think those random items you picked up after Sandy – even those found in your very own backyard or on the beach – are yours, perish the thought.

Thinking in neighborhood terms, if an owner gets wind of found things, as finder you could be in for a nasty stretch of explaining, especially if you fail to pretty much publish your finds. Fines can get fierce. It truly is best to let the police do the work, though you then have to make sure you’re around as time runs out for the original owner. Towns gladly auction off tons of turned in stuff that turners-in failed to claim after the allotted hold time. (Below: Of course, some auctions carry things a tad too far ...) 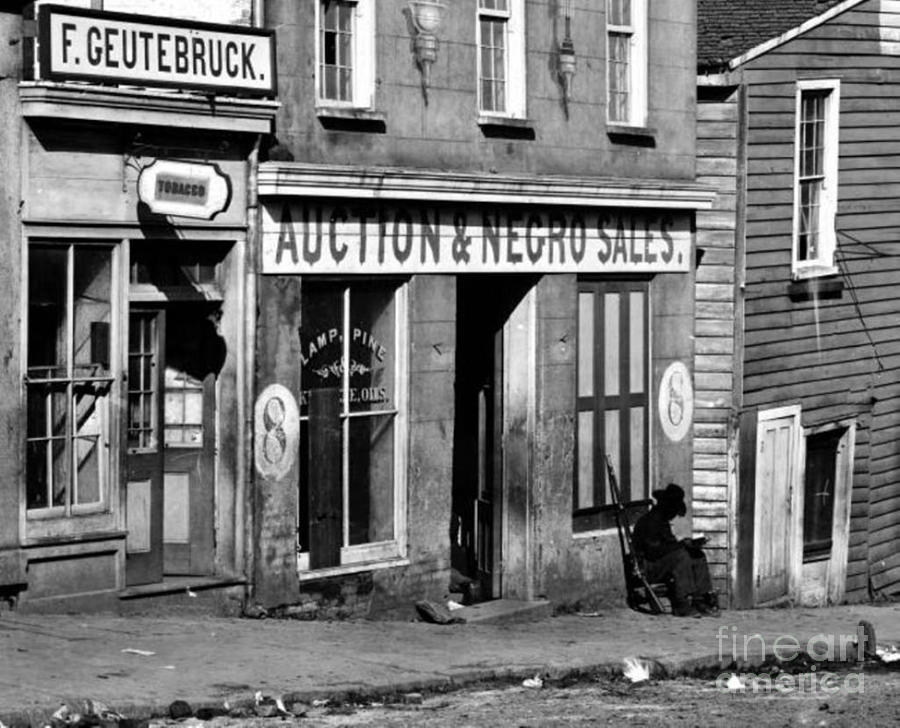 (Above: OK, so maybe,, at some point, you can just have things you find.)

Before church today, I had a 12-year-old young lady ask me a cute question that I initially smiled away as one of those adorably sophomoric things kids just toss out there. Her dad and I were talking about the Sandy flood and I explained how my house lost big-time when mere inches of water slithered inside. His daughter, out of the blue, asked, “Why didn’t you use sand bags?” Now, now, little one, we grownups are profoundly attuned to all such things so I’ll just answer you quasi-politely. “Geez, that woulda been a great idea.” I was, admittedly, being moderately disingenuous.

Then, as mass began, the little one’s words took on a little old life of their own. In no time, I was thinking, “Sommabitch!” Of course, I didn’t say or even think that in church. It was more like the parking lot – after holding it in – when I issued same.

I have three doors to my house and I’ll bet the farm I could have easily sandbagged them enough to prevent seepage. I’m so damned sure, I went to work and ordered 100 sandbags from (I kid you frikin not) The Sandbag Store(.com). I simply want them buggers around, even if I only fill a few of them to get some 4WD traction for the back of my truck.

(Below: I told you there was a sandbags.com.)

I hate to say this in mixed company but damn if I’m not glancing more and more toward the lessons of those “doomsday prepper” folks.

(Below: For couples who can't stand the sight of each other, doomsday prepping might be just what the marriage counselor hoped for. ) 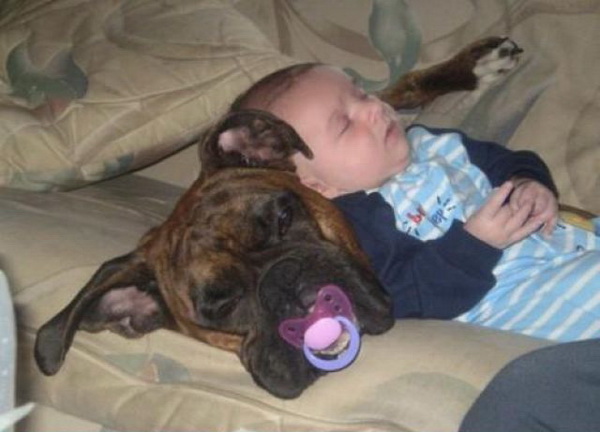