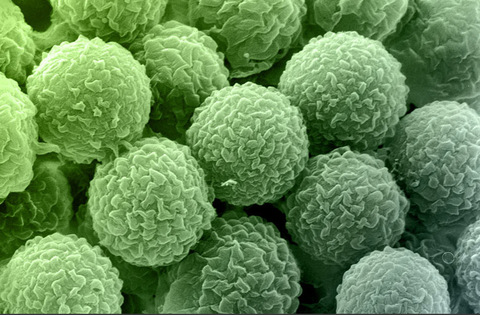 Already, we’re into something of a race to summer judgment. Will LBI be cleaned and presentable by Memorial Day Weekend 2013?

I don’t see why not. We have a deluge of builders and disaster-recovery specialists already on scene, and we have almost six months to get things all summer-pretty again. Let’s rock.

Speaking of that timeframe, I was driving home from work and found myself involuntarily assuming an upbeat sense that things were beginning to return to near normal, post-Sandy. It was the proverbial “worst is over” sensation.

Then I heard Christmas music, and it suddenly bricked down on me that we still have an entire frickin’ winter to get through! How the hell did that happen? Seems that Sandy time registered like dog years. The month since she hit seems like an entire winter – and then some. Hearing that spring-like thunderstorm we had – and also hearing some spring peepers anachronistically singing in the woods over the weekend – didn’t help my mind’s time-twisting.

Oh, well. It’s all part of year-round life on LBI. Just suck it up, Jay. Not literally, though. My Craftsman “Wet” Shop Vac needs a long rest. May the skies allow.

GOOD TIMING, SORTA: Oddly advantageous, Sandy happened to hit when our talented carpenter corps (a huge number of them being anglers) were in a serious slow-go period. Now, the sounds of nail poundings are ringing out on virtually every block, from the Causeway south.

On LBI, the majority of repairs are, thankfully, just that: only repairs. There are mercifully few entire rebuilds needing to be razed – then raised. Homes with something like half their value lost through flood damage must put said homes up on pilings. I’m getting a variety of interpretations on when that required raising thing kicks in. Such a draconian requirement would be like driving a wooden piling into the heart of many a long-time ground-level Islander. TOG TALK: We’re well into fall/winter togging season, but the weather has played havoc with running out after the structure-based blackfish. That’s not the worst thing, considering how hurting that fishery is.

Despite a complex system of closures and openings to protect the breeding season, tog are still not coming back with any authority. I blame unnatural natural predation, as over-populated fluke and even striped bass – protected by mankind – feed voraciously on the tautog young-of-year before they can get out of the bays and inlets.

Yes, we had our fun blaming Asian poachers for nabbing live tog for the sushi market, but it’s now clear those fish-scalpers had very little impact on the big-picture tog biomass predicament. What’s more, that abusive poaching market has declined steadily, thanks to powerful enforcement and prohibitive transportation costs for those who mule live tog down the coast.

Talk about an Alice’s Restaurant scenario. You get thrown into jail as a “mule,” and everyone is cool with that – until they hear you were caught smuggling blackfish.

“What you mean you were muling blackfish, cracker!?”

A BIT OF BASSING: I guess I should mention that a few bass are still being caught, suds-side and from boats.

I had two schoolies in short order using a white GULP shad on a 1-ounce jighead, upper mid-Island region.

One bass was easily approaching take-home material. I pondered a gutting, then recalled my gutted kitchen, which had taken the storm to heart, so to speak. I lost my appetite for a bass meal. There’s now a striper merrily swimming along, utterly unaware that a storm named Sandy actually saved its skin. It ended up on the good side of the fickle fin of fate. (I just looked it up, and both the Smothers Brothers are still alive and well. Cool.)

SHOWERING DOWN: I just emptied out my rain gauge, and we got us a goodly dump of wet stuff. And as they say down on the farm, around here we like the rain. For now, anyway.

The recent sky dousings were surely sweet. Every downpour washed more and more of Sandy’s crud off the streets and into the sewers. Admittedly, such wash-downs are not the best eco-things for the bay. But, in many ways, the runoff is carrying bay stuff back from whence it came. What’s more, our current cool nights will act as a destroyer of any organic dangers remaining – if any.

ONE MAN’S MOLD: I continue to rail against the growing notion that pathogens – bacterial or viral – remain active players in our post-Sandy homes and gardens.

Fact: Dangerous bacteria and parasites – E. coli, staph, crypto – died off almost immediately after the storm. Admittedly, some highly insulated homes might have stayed warm enough to keep the hopes alive for a few hearty bacteria. I guess microbes have hopes – real tiny ones, though. Importantly, refrigerators that went through the storm’s electrical ups and downs present a clear and present bacterial danger, mainly from food contents that had no idea what the hell was going on. Confused foodstuffs are very prone to bacterializing. For me, I’m still pondering if confused ketchup can go bad. Hell, right before Sandy, I had bought me a “Small Army-Sized” bottle of Heinz’s finest. What a waste to simply chuck that sucker.

Gospel truth: As I was about to deep-six it, this adolescent flashback struck. How funny would it be to squeeze the entire bottle of ketchup all over myself right before a friend was about to stop by? Nonchalantly answer the door, mumbling, “Ow, I think I just bumped my head.”

Yes, I was oft an utter terror as a kid.

I fully fear the mold scare is becoming a big bit overrated – per the insane measures some folks are taking in hopes of killing every mold spore that ever existed.

As our moisture content slowly lowers, the fear of mold’s health dangers has still mushroomed. Since many moldadies (mold maladies) mimic common winter coughs and hacks, seems that every little nose run that rolls down the pike is now being blamed on free-floating fungi. There are even daft notions that mold spores can lead to madness. I kid you not. I’m betting there will be a “mold defense” in some insane future crime.

Admittedly, mold never sleeps. What’s more, it can’t be utterly eliminated, ever. You only need to watch how ceiling mold, a.k.a. mildew, quickly assumes its standout position within the bathrooms of even new – or fully sanitized – homes.

In fungal actuality, molds and their spore output are not only everywhere, but they’re sorta essential – performing a vital ecological role, one they were assigned hundreds of millions of years back. What’s more, they will remain until hell molds over.

The omnipresence of fungi is the reason many/most folks have a fairly well developed tolerance, bordering on immunity, to “normal” levels of mold.

Here’s a read from the Centers for Disease Control and Prevention. “There is always a little mold everywhere – in the air and on many surfaces. There are very few reports that toxigenic molds found inside homes can cause unique or rare health conditions, such as pulmonary hemorrhage or memory loss.”

Please note that “certain” concept. The majority of us simply aren’t overly impacted by even a heightened mold spore presence. That is not meant to understate the problem for those who are essentially allergic to mold. Much of the demolishing and cleaning now taking place in storm-ravaged buildings is, rightfully, to protect those who are vulnerable. It’s a good and necessary thing.

Here’s what the CDC has to say about the effects of mold spores: “Mold exposure does not always present a health problem indoors. However some people are sensitive to molds. These people may experience symptoms such as nasal stuffiness, eye irritation, wheezing, or skin irritation when exposed to molds. Some people may have more severe reactions. Severe reactions may occur among workers exposed to large amounts of molds in occupational settings, such as farmers working around moldy hay. Severe reactions may include fever and shortness of breath.”

That agricultural angle on mold sensitivity even has a name: farmer’s lung. Turns out that good old hay presents a premier mold-growing environment. In the case of damp hay, the mold spore count goes through the barn ceiling. Oddly, it turns out farmers and hay don’t mix well at all.

A slew of other occupations are also menaced by mold. A who’s who of spore sufferers include dairymen, loggers, bakers, mill workers, carpenters, greenhouse employees, wine makers and furniture repairers. Again, the average homebody is not even in the exposure ballpark with those at-risk professions.

As for fighting mold, I’ve chatted with fungologists, and they all use the expression “use common sense” when working to remove/kill/remediate mold. To me that “common sense” ushers in the homonymic “common cents.”

Which flows nicely into the subject of the current wood-drying phenomenon we’re experiencing. Professional efforts to rid floors and walls of residual flood moisture are raining down. And believe me – and my NBF fungologists – it’s utterly essential to knock a load of moisture out of wet wood. It’s still the best-known way to hold mold at bay – somewhat.

That begs the question: Is taking wood down to desert-dry levels necessary? Not always, say some pros. It’s a given that thoroughly and expensively hyper-dried wood will almost always re-absorb ambient moisture – within as little as a few weeks. In my particular case, I think I’d rather dry things to a sensible and healthy degree, and then tackle new flooring, cabinets and such. MYSTERIES OF LIFE: When the hell did cashiers switch to giving change by tediously balancing the coins atop the bills before handing it over? Did I miss that edict? My instant urge is to quickly cup both my hands together and allow the coins to be poured into my hands. In fact, I think we should all do that until they stop.

I’ll bet anything that change change came from the same boat-rocking troublemaker who began saying, “I’m standing on line” instead of “I’m standing in line.” I know it’s a small thing, but it pisses me off that I wasn’t duly consulted before such a disturbing prepositional change was enacted.

Oh, and did anyone happen to catch the message on the digital alert board located on the Route 72 median in Manahawkin? In the biggest glowing yellow letters the sign possesses, it read: “DISTRACTED DRIVING KILLS.”

FIERY FINDS: A scientist has wanted me to keep an eye open for our most gorgeous – and stinkiest – beetle: the fiery searcher, a.k.a. caterpillar killer, or Calosoma scrutator.

These buggers are big, wildly and iridescently colored, and have a set of menacing choppers geared for destruction. The odd part is they never use their menacing mandibles to bite the hand that grabs them – namely, mine. Instead, they opt to spew some truly gag-worthy chemical, emitted through small openings in their carapace. What a stink.

Virtually all coleopterists (beetle studiers) collect fiery searchers in the warmest times of year. When warm, these blazing-fast beetles are a bitch to corral.

Anyway, I was digging old bottles recently and damned if I wasn’t also digging up scrutators,left and right. I found eight in less than 90 minutes. That might be some kind of world record. A hot-catching night in the summer might yield one or two often-damaged specimens, wounded in the chase and capture. Being buried for the winter, these off-season scrutatorsmove in laughably slow motion when dug up. What’s more, the winterized beetles can’t, for the life of them, squeeze out their stink ooze.

My captures are off to a good home, where they’ll be fed, studied and eventually released – some are even going to be tagged.

I won’t let on what $ I got for them, but it came in handy as Sandy continues to ka-ching away at me.