Wednesday, September 23, 2015: We’re right on the wind craziness cuff. Just to our south, the northeast winds are eating the beach for dinner. The near calmness we saw last night was proof the combo low/high (pressure) winds aren’t where many LBI forecasts had projected them. Even though the northeast gustiness has picked up again (midday), we’re below the 20-plus mph gusts earlier forecasts by nearly all computers. That’s good, to be sure. We really don’t need a ton of erosion, though it is transporting replenishment sand southward and outward, as is expected. That transport helps to establishes refractive sandbars, shaping the surf into rideable waves for surfers.

The lighter winds are not necessarily going to knock the swell size down since we are likely seeing a medium-period groundswell arriving from a feisty low off the Carolinas.

The problem is we can’t stay cuffed away when the storm slowly moves up the coast, hosting winds to potentially 35 mph. However, a cold front dipping down from the north could act to knock some of the mick out of the warm southerly storm.

To coin a Native American forecast:

Question: “Do you think the storm will move up the coast?”

All that said, we’re still not seeing the moisture we truly need. That could come by this weekend but when we’re in a dry pattern like we’ve been for weeks on end, rain system tend to dry out before loosing a decent amount of moisture. Sunday should tell is we’ll get a decent dousing. I’m rooting for it. The fall wildfire season is not far off. Plus, fall kayaking the creeks of the Pines is always ideal in autumn.

The next phase of wind power off the Jersey Shore is moving in. I have both hopes and doubts regarding the pavement of any number of electricity-generating wind devices out there, none of which are fully tested against the onslaughts of nature we get off our shoreline. At the same time, our coastal storms are mere atmospheric puffs compared to what the North Sea sees. And there are devices out there that withstand insane sea onslaughts. Of course, those devices are on derricks build to withstand planetary disintegration. I’m betting the folks placing wind turbines and such off Jersey aren’t going be investing tens of millions in North Sea-worthy pieces of wind equipment.

I still want to see it tried in a test run to see what advances are needed to make wind power and current power a viable renewable energy source. I guarantee the first tries will be tenuous as best.

If fully developed, the New Jersey Wind Energy Area could support at least 3,400 megawatts of commercial wind generation, enough to power an estimated 1.2 million homes, according to the Department of Energy’s National Renewable Energy Laboratory.

“On the heels of this summer’s historic ‘steel-in-the-water’ milestone for the nation’s first commercial offshore wind farm, today’s announcement marks another major step in standing up a sustainable offshore wind program for Atlantic coast communities,” Secretary Jewell said. “This effort took significant engagement and cooperation with New Jersey and other stakeholders to advance clean energy development and reduce potential use conflicts, which moves us closer to harnessing the enormous potential of wind energy along the Atlantic coast.”

BOEM has awarded nine commercial offshore wind leases, including seven through the competitive lease sale process (two in an area offshore Rhode Island-Massachusetts, another two offshore Massachusetts, two offshore Maryland and one offshore Virginia). These lease sales have generated about $14.5 million in winning bids for more than 700,000 acres in federal waters.

“We are pleased to see sustained commercial interest in offshore wind development,” said Director Hopper. “We will continue to work closely with members of the New Jersey Renewable Energy Task Force to ensure that our intergovernmental partners remain informed on the next steps proposed by the winners of this auction.”

To date, BOEM has determined that the following energy development companies are legally, technically and financially qualified to participate in the upcoming New Jersey lease sale:

Per the Final Sale Notice, BOEM will consider monetary and nonmonetary factors (i.e., whether a bidder has obtained a Power Purchase Agreement or New Jersey Offshore Renewable Energy Certificate award) in determining the winners. The notice further describes these requirements, as well as other relevant sale items, such as deadlines and milestones for bidders, the area available for leasing, lease provisions and conditions, auction details, criteria for evaluating bids, award procedures and lease execution.

(Years back, I wrote about an LBI fatality to an surf angler who was bitten by a bluefish at night, wrapped it and kept the wrap on all night. He went into shock the next day and passed. j-mann)

Wounds From Fish Can Be Deadly

Dialogue from the Facebook post …  “My friend’s grandfather was gutting a trigger fish in OCMD and cut his finger. He went to the hospital, was given an oral antibiotic and discharged. Overnight he developed a high fever and his hand looks like this now. They are admitting him and infectious disease specialists are on their way to examine him. They are pumping him with two different types of antibiotics and will be operating later today. They are going to peel back his skin and “scrape it off”  from underneath. It has spread to his shoulder so now they are transferring him to an ICU. His kidneys have shut down and his heart is starting to go. They operated on his arm and the muscle had already started to deteriorate and they couldn’t stop it from spreading despite the fact he had an IV of cipro.  He was 78, but healthy, no diabetes or anything. The worst part about this is he went right away to the hospital and it still got him.”

Recently a post was put up on a Facebook page and rapidly circulated about a man who died after cutting himself with a fillet knife while cleaning a triggerfish in Ocean City Maryland.  It took less than 36 hours for this infection to shut down his kidneys and heart.   Names have been left out of this article.  This is just a heads up to be careful handling any fish.  The bacteria that attacked his system was the flesh eating bacteria Vibrio Vulnificus, and it can be deadly for 50% of people infected when in the bloodstream.  I have seen some nasty infections over the years and from the smallest cuts or fish bites.  Bluefish in particular can cause a nasty infection from a bite.  Even a small puncture wound from a fish’s dorsal  spine can be deadly in some cases.   If you are injured handling or cleaning a fish it is a good idea to immediately seek medical attention.  You certainly need to treat it right away with antibiotics and topical cremes.  If you have a serious case find an infectious disease specialist immediately.  In most fish poisoning cases there is only a small infection, but that depends on the fish you are handling and the bacteria involved.  These triggerfish are tropical and many warm water fish have all kinds of bacteria on their slime coats.  We are seeing a great deal of tropical fish in our waters.  Please be careful when handling these fish and any fish for that matter.  I spoke with Joe at Lewes Harbor Marina, and he has seen some cases of fish poisoning, but has never experienced any himself.  Joe cleans at least a thousand fish every weekend in the busy season.  Just a reminder to be careful when handling fish, especially the tropicals we see this time of year,  you just never know.

I issued this alert long ago ... 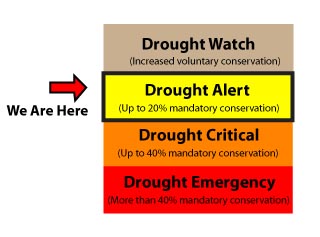 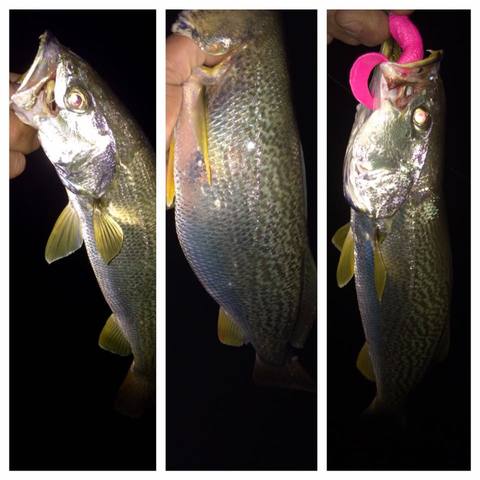 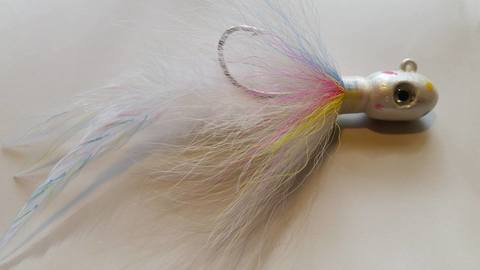 It can be tough to get your recommended daily intake of water, but a new innovation is making it easier than ever to keep a bottle—or blob—of H2O on hand.

Created by Rodrigo Garcia Gonzalez, Guillaume Couche, and Pierre Paslier of Skipping Rocks Lab in London, Ooho is an inexpensive, biodegradable "water bottle" that’s paving the way for the future of hydration.

The orb, which Fast Company notes looks like a silicon implant (or a water balloon) is created by taking a frozen ball of water and then encapsulating it in layers of membrane made of calcium chloride, and then brown algae. The process is a riff on a culinary technique called spherification, which is appropriate since the gelatinous coating is edible. Fruits and vegetables aren’t the only way to eat your water anymore.

Ooho recently received a $22,500 sustainability award from the EU, which means we might be seeing more water blobs in the future. While they might not be ready for tossing in your bag on the way out the door, Ooho does have serious potential when it comes to environmental efforts. In America alone, 50 billion plastic bottles are used annually, and the spherical Ooho packaging could one day bump petroleum-based plastic from store shelves.

If the idea of biting into a water blob weirds you out, don’t worry, it’s not a must. Paslier told the Guardian: "At the end of the day you don’t have to eat it. But the edible part shows how natural it is. People are really enthusiastic about the fact that you can create a material for packaging matter that is so harmless that you can eat it."

So natural in fact, that you can even make them yourself at home—though to be honest, the tap might be easier in that case. 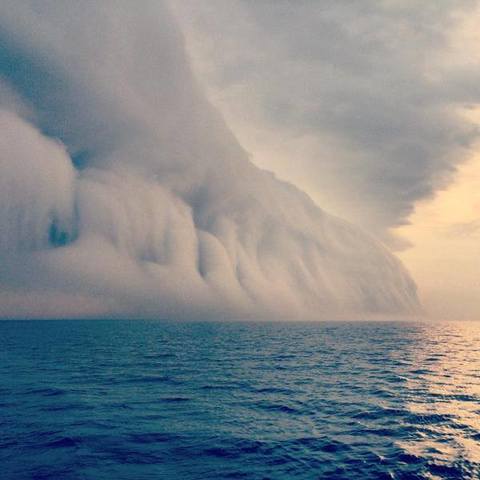 This happened over Georgian Bay in Canada this past weekend. Wild looking cloud caused by a very cold rain into a humid atmosphere. Courtesy Kris Kralka via Kim MacDonald @KMacTWN
— at Georgian Bay. 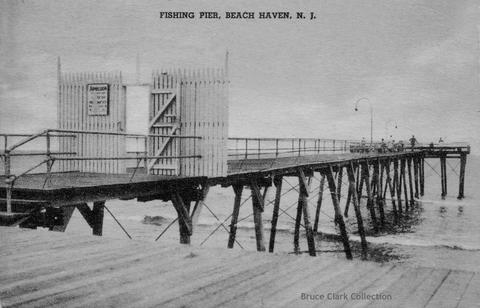 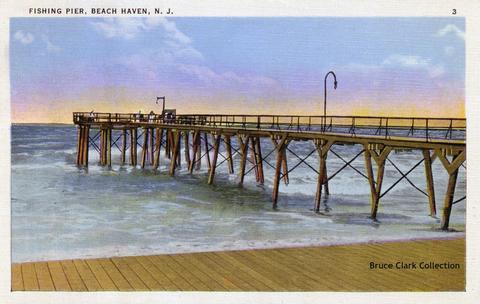