Christmas is closing in fast. How surprised will he be with his own inflatable Irish Pub???? 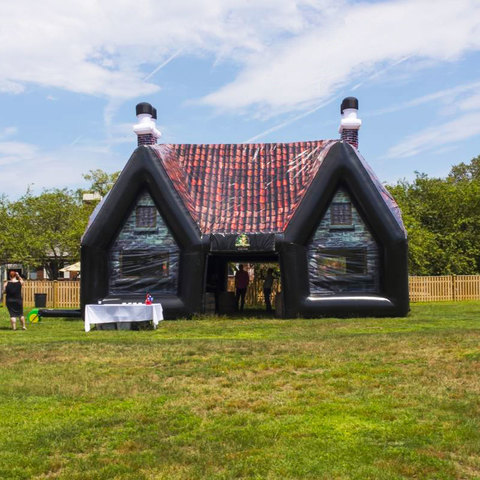 This Inflatable Irish Pub Turns Your Backyard Into a Bar Check out this swallow showing ... today.

Wednesday, September 14, 2016: The mullet are moving … but not with much authority here on LBI. And they’re typically large for early in the run. I dropped some off at Captain’s Quarters (https://www.facebook.com/CaptainsQuartersBaitAndTackle). Stop by and grab some for the bluefish now showing – and hopefully soon to explode. 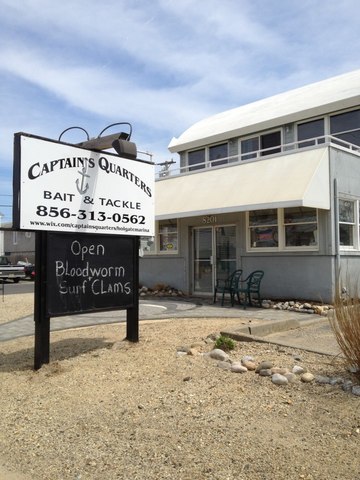 By the by, I paid for those mullet with an ounce of skin. Greenheads got me bad, even though they weren't out in above-average numbers. It's just when you're concentrating on looking for mullet, preoccupied, the lousy buggers can land and casually pick a juicy piece of skin to bite with impunity. I'm now forced to go full-dork by getting sun pants -- those long-legged khaki pants that places like LL Bean sell. I can't help it. When a greenhead bites me, a huge red welt grows, then a small Edvard Munch "Scream" face forms on the welt and it screams for me it scratch until blood flows freely. 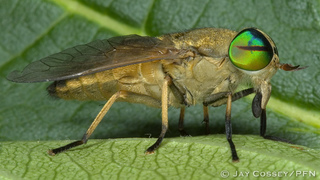 Speaking of blues, I got into two spurts of them while plugging inside the Rip in Holgate. I didn’t put a load of time in but, at a couple points, I had blues on every cast – when they were in close. Further out the Rip (east), there was steady birdplay and a few boats catching something, one after the other, likely small blues ... though I got one pushing two pounds. And me without my pliers. I was using a beat-up, medium-sized, black/silver Bomber that had three trebles. Again: And me without my pliers.

Catching cocktail blues all day for Terry's birthday. Beautiful day on the beach ... With Steve Smith! 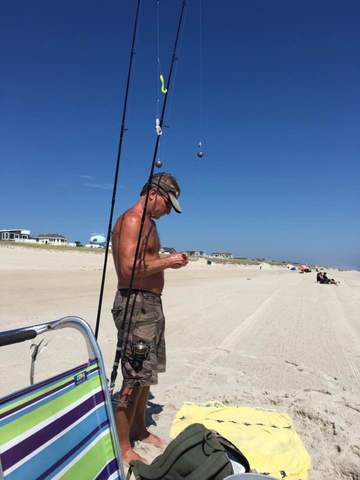 I got word of some very good striper fishing on LBI, surfside. A Holgate angler I was chatting with said he worked the suds late yesterday and took six bass, one a keeper – and lost some others -- in a short span. He was using jigs.

The arrival of that sized bass, aligning with the first of the migrating mullet, was typical not that many years back. But, it really hadn’t happened on LBI in recent years. Here’s hoping this mid-Sept striper showing bodes well for the whole upcoming fall surf striped bass run -- which royally sucked last year.

Later today, I’ll be out there seeing if there are any truly suicidal stripers, -- the only ones I can get. They better watch out since finances have been a tad tight so I’ll be saving my Acme fish-buying bucks by keeping any legal fish I catch. Don’t say it.

Yet another warning that the sand is super loose on the upper beach coming onto Holgate. If it’s low tide, take wet sand route by going east of the standing water pool. Here’s a victim from today who is about to pay the tow-truck piper. 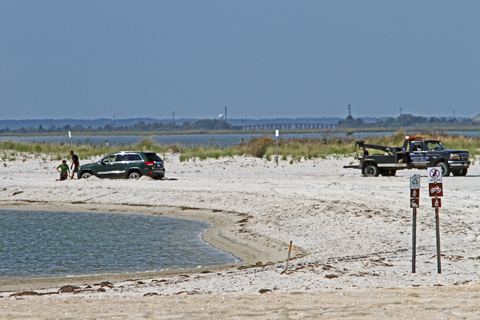 Here's a cool picture of Holgate after 62 March Noreaster When I lifeguarded there in the 1960s, I'm pretty sure that the squarish building to the right (west) of the CG tower was where I ate lunch everyday.