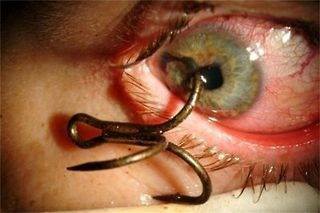 Wednesday, October 23, 2013: The drips along with a very low intensity rate among fall anglers had the angler presence sorta low today. I had to take a big chunk of time at the tire place, having the tire I lost to the sinkhole re-beaded. It came off when I went too low on the psi – in desperation. I knew I was in trouble when I went below 14 psi at the height of my bog down. All is now back on-line, though I put the wounded tire into a “spare” role. Now I have to replace the front right wheel well mudflap that was torn off. Costly fix.

I finally hit Holgate late afternoon. It was an October-looking day if ever. But that’s what we need to get this bass ballgame finally rolling.

I plugged a lot along the way to the rip and came up floundering, again. I even had one fluke easily over 20 inches using a Kalin jighead and a sand eel-looking Lunker plastic. It fell off at my feet and I toed it back into the water without measuring. I plugged the Rip to no avail then went around the back and got this video of an insane showing of cormorant. You gotta check this out, despite the shakiness and soft focus. https://www.youtube.com/watch?v=sgYrKEDNL9A&feature=youtu.be.

After my shooting was done, I finally nabbed a couple bass in the back cut. They were hand-sized models, so small I reached around them with one hand to pick up and dehook. I won’t even accept them as getting me off the striper snide.

I have to think the very chilly air temps I felt as the sun was going down today will eventually trickle down into the water, so to speak. It takes the ocean a long time to cool down but the shortening days should also be drawing the bass from up north toward us. I see some fair catches from Massachusetts down to eastern New York, though some of blog stuff I’m reading from up there indicates it is far from a stellar striper showing in some/many areas.

Weird mixing of worlds at the Rip … https://www.youtube.com/watch?v=Q2ST0GIad4w&feature=youtu.be Lima, The government of Peru is considering measures to halt the massive slaughter of dolphins exposed this week by conservation organizations Mundo Azul and BlueVoice.

Marine conservation groups around the world are expressing shock and outrage in the wake of reports and videos documenting the killing of thousands of dolphins to be used as bait in the offshore shark fishery.

"Just minutes after putting out a network posting I had received pledges to undersign a statement to the government of Peru demanding enforcement of laws already on the books making it illegal to kill dolphins," said Hardy Jones, executive director of BlueVoice.

Representatives from the USA, Britain, Japan, Hong Kong, Canada, Australia, Italy, Mexico and other countries have signed a statement expressing their condemnation of the brutally cruel and wasteful slaughter of dolphins," said Jones.

"Peru could become the next Japan as knowledge spreads of the incredibly cruel and wasteful practice of killing dolphins to be used as shark bait," said Jones, who has worked in Japan since 1979 to end the killing of dolphins there.

"If the government in Lima doesn't act immediately and forcefully Peru may eclipse Japan as the world's villain when it comes to the slaughter of dolphins," Jones continued.

Stefan Austermuhle, president of Mundo Azul, has held numerous meetings with the ministries of environment, fisheries and production. He reports the government is not ignoring the issue and expressed a willingness to create an action plan to end the barbaric slaughter of dolphins. Government officials and the national media say they consider the revelation of the dolphin killing to be a huge national embarrassment.

"I suggested viable and immediate measures to be taken in order to stop the massive ecological crime committed by Peruvian fishermen illegally killing dolphins for shark bait and human consumption. It is necessary to do more than simply conduct studies. Action is needed now," said Austermuhle.

Of course the government can ban harpoons but fishermen could hide them easily. It is entirely possible to control the sale of dolphin meat but that will not stop the killing for shark bait. But ultimately there can be no solution to the dolphin killing without controlling the shark fishery. As long as they fish sharks on the high sea they will kill dolphins, said Austermuhle.

Fisheries products represent one of Peru's largest exports. A representative of one of Peru's major seafood companies, speaking not for attribution, expressed condemnation of the dolphin slaughter and said it could endanger Peru's "Dolphin Safe" status for its tuna.

A ban on shark fishing is also indicated by severe depletion of the sharks' populations. Previous studies of the Peruvian Fisheries Institute (IMARPE) showed the landing of more than 90% juvenile sharks in the ports of Pucusana and Ilo.

Peruvian fisheries regulations only allow 10% of the shark catches to be below legal minimum size. According to Austermuhle, "the existing data is enough to declare an immediate and unlimited shark fishing ban till scientific studies show the recuperation of the population."

Meanwhile, marine conservation organizations are using social networking to organize a response to the revelations of the massive slaughter of dolphins and the destruction of shark populations off Peru. 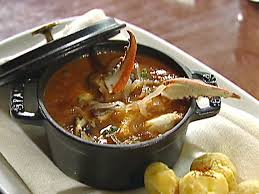 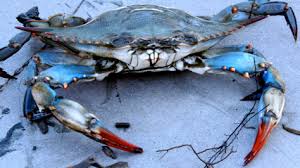