Wife says: "Steven, go stand over near those TVs where you can't get into any trouble." Salesman be sayin ...

Check all the bases this licence plate touches (seen in Holgate parking lot). I like the way it gives LBI a real national feel. Quite cool. 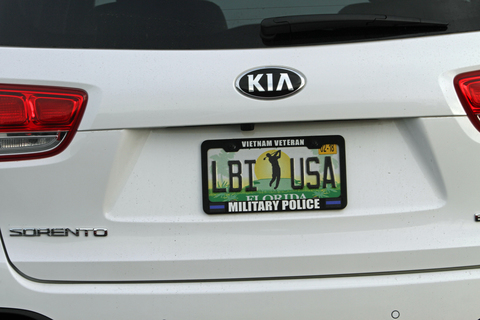 Came across this fine falcon in Holgate today ... Wednesday, October 11, 2017: Well, the NE winds are building. And it now looks like they may gust well over 35 mph. We used to call these systems dry nor’easters, even when there are some spritzes involved; no prolonged rains. We could actually use some rain.

The  honking onshore won’t swing offshore at any point soon. They’ll simply lay down a bit and swing to the south, quite hard by Saturday/Sunday.

We’ll finally see the first truly hard offshore fall winds come Monday. Those cool west winds will knock any windswells down real fast. In fact, I see much of next week as feeling and looking fall-ish along the beachline. However, I also further see another bubble of odd-mild air as the week goes on.

As to fishing, this weekend the surf is going to be a mixed-up mess, with crossed up and conflicting wind swells -- ten-foot-plus (north swell) eventually slamming into four- to five-foot waves (south swell).  It won’t be totally unfishable, simply hard to hold, so to speak.

I took what was, for me, a remarkable 71.6-degree water temp in the Rip area of Holgate, outgoing tide. It's October 11! I didn’t take an ocean temp but surfers tell me it’s mild. One tough guy even said, “It’s like a bath.” Of course, he was wearing a full wetsuit, albeit a very thin one.

Those water temps will surely hold with these northeast winds pushing in sun-heated surface water. Even when the cool air moves in next week, night temps aren't going to be enough to knock water temps down all that much.

I’m now fully signed up for the 2107 LBI Surf Fishing Classic. Hey, it was the first free time I had to enter.

Competitively, I’m not nearly ready to chuck out bunker chunks. Instead, I'm going to go with moderate/heavy gear to throw larger, heavily spruced-up jigs, i.e. adding big plastics or large GULP-ified tails. I have some nice Dante jigs to heave.

I feel that bigger model bass and blues will take notice of such bulked up jigs, providing those fish are out there. I have one jig I think is pushing three ounces. A bulky jumbo jig is tough for mini-snappers to conquer.

Again, I have to use very sturdy rod and reel -- conventional. Obviously, that weightiness limits how many casts I can loose before my old clammer’s shoulder cries “Uncle!”

A mainland fellow told me I had under-spoken the number of keeper bass being taken in that backbay/backyard bass bite. I said I heard of one keeper. He’s gotten “half a dozen.” His message didn’t mention the largest. He’s using clams or bunker. He also said there are still mullet in the bay. I doubt that very much. Peanut bunker? Tons and tons still in there.

I was e-asked what type line I prefer. I chuckled since it was asked as if I have some winning formula for angling. Actually, I am decently conversant with line, that’s why I refuse to give up my beloved mono. That said, I find braided line highly functional when jigging, due to its remarkable low stretchiness. A pickup on a jig offers a split second of hook-setting time. Mono can be ever-so-slightly slower – but making all the difference. Mono's stretch is not so apparent when plugging, plus the ease in changing lures (I always tie plugs on directly) using mono puts it light-years ahead of braid. Yes, I advised the asker to keep asking around; though I finished by adding that fluorescent yellow mono rocks.

SHARKS?: Here’s an interesting email from my buddy Walk P.

“Don & I got out this AM for some black fishing.  Pretty decent south swell made it interesting on the outside of the north jetty. We had two keepers, three or four shorts and a half. The half was a 15” fish that a shark made into an 8” fish on the way up. Had a few other sharks follow up my baits on reel ins. Ran around to the inside and tossed plastics with no takers. Saw a couple of bluefish hookups on the ocean side of the rocks. “

To dissect a tog those are some serious sharks. I’m completed to proclaim, with vigor, that Long Beach Island is NOT (!) a retirement community in the off-season – or at any time .

Unacceptable: Folks moving in with a “new sheriff in town” attitude, hellbent on crafting entire neighborhoods into how they feel an LBI neighborhood should be – or, worse yet, trying to fashion things to align with what they had “back home.”

I’m now an official senior. And I know many of my Island cohorts would absolutely agree with me about the Island not being a place that takes kindly to enforced quietude and the restrictiveness common to structured over-55 communities. I have seen/heard, first hand, that many new arrivals are expecting just that. To be sure, our Island is truly a wonderful place to live a retiree lifestyle, providing the lifestyle jibes with the routines and mannerisms that have made LBI what it is … a vibrant, energized and creative coastal community.

What’s more, there is always solitude and peacefulness to be had here … in abundance. It just can’t be commanded … everywhere, everyday … or else.

Sadly, I now better understand Deep South bumper stickers reading: “We Don’t Care How You Did It Up North.”

In the same breath -- and I mean this sincerely – a huge “Welcome Aboard” to those recent arrivals who want to perpetuate our active lifestyles and traditions.

Making room
For some new ones, only keeping one from
Each builder I got carried away!! 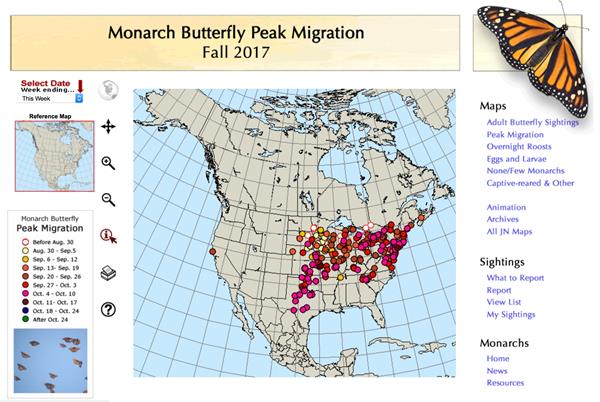 U.S. Customs and Border Protection says it is ready to block U.S. imports of seafood — as well as any other goods — produced by North Korean laborers who work in China.

An Associated Press investigation tracked salmon, squid and cod processed by North Koreans working at Chinese factories and shipped to American stores, including Walmart and ALDI. The North Korean workers found in Chinese factories aren’t allowed to leave, and receive only a fraction of their pay — most goes straight to the North Korean state. This means that American consumers buying seafood labeled “Caught in the USA, Processed in China” may inadvertently be subsidizing the government of Kim Jong Un as it builds nuclear weapons, and also supporting forced labor.

U.S. Customs and Border Protection said in a statement Thursday it is reviewing the allegations and if warranted, would “pursue all enforcement actions and prohibit goods from importation as appropriate.” The companies that responded also vowed to investigate ties with suppliers.

GOP Congressman Chris Smith from New Jersey, who has repeatedly called for tougher enforcement, said the Labor Department has already identified trafficking in 12 sectors of goods exported by China.

“CBP should be stopping every shipment from those sectors — and now trafficking-tainted salmon too,” he said.

A White House National Security Council spokesman said the North Korean government’s scheme to outsource its labor underscores why the United States has pushed for restrictions on North Korean foreign workers. The spokesman said all countries should, at a minimum, ban companies from bringing in North Korean crews, as pledged in recent United Nations sanctions.

China is among the countries that have promised to comply, already banning imports of North Korean seafood, and saying no more North Korean workers will be allowed starting next year.

“But all nations must go further and reject what is clearly a despicable practice that only serves the regime’s nuclear ambitions,” said the NSC spokesman, who spoke on condition of anonymity because he wasn’t authorized to comment.

Walmart said its supplier has addressed the problem, although it did not specify how. Walmart and ALDI said they are committed to human rights and fair labor practices, and expect the same from their business partners.

At a time when North Korea faces sanctions on many exports, the government is sending tens of thousands of workers worldwide, bringing in revenue estimated at anywhere from $200 million to $500 million a year. That could account for a sizable portion of North Korea’s nuclear weapons and missile programs, which South Korea says have cost more than $1 billion.

“I am not surprised at all,” said Anthony Talbott, who directs the University of Dayton’s Human Rights Center. “North Korea has probably the single highest level of state-sanctioned slavery in the world, it’s a major source of income for them.”

Among those North Korean laborers in China, roughly 3,000 are believed to work in the northeast industrial hub of Hunchun, just a few miles from the borders of both North Korea and Russia. AP documented North Koreans in several Hunchun seafood processing plants, and tracked their supply chains to importers, including Sea-Trek Enterprises in Rhode Island, where managers said they are being inundated with phone calls from customers and suppliers since the AP story.

Sea-Trek’s owners said that they hadn’t visited China and were unaware of the makeup of the workers, but would immediately cease dealings with the plant until the situation is resolved.

Mark Liszt, owner of Lawrence Wholesale, a national food distributor in Southern California, said it would investigate its suppliers as well.

“We’re middlemen,” said Liszt. “We do make a practice of trying to go and visit the plants that we buy from in person, but it’s not a perfect world that we can see into every single one.”

Some U.S. brands and companies had indirect ties to the North Korean laborers in Hunchun, including Chicken of the Sea, owned by Thai Union. Trade records show shipments came from a sister company of the Hunchun factory in another part of China, where Thai Union spokeswoman Whitney Small says labor standards are being met and the employees are all Chinese. Small said the sister company should not be penalized.

“Now we need to ask, how many other products imported from China are made with North Korean labor?” he said.

Top Senate Democrat Chuck Schumer of New York said U.S. officials must keep products made by North Koreans out of the United States.

“The administration needs to ramp up the pressure on China to crack down on trade with North Korea across the board,” he said.

Ohio’s Democratic Sen. Sherrod Brown, who helped pass North Korea, Iran and Russia sanctions this summer, said corporations also have a responsibility to make sure they are abiding by U.N. sanctions and U.S. laws.

However, Bucknell University political science professor Zhiqun Zhu said a sanction-based approach that cracks down on imports isn’t going to solve the problem.

“It has so many loopholes,” he said. “All sticks and no carrots will not make the North Korea problem disappear.”

GLOUCESTER POINT, Va. — Researchers say the total amount of oxygen-deprived dead zones in Chesapeake Bay this summer was the biggest since 2014.

The Virginia Institute of Marine Science also said Monday that the total amount of dead zones this summer increased by 10 percent over last year.

The institute has used a three-dimensional forecast model since 2014 to gauge areas of oxygen depletion — or hypoxia — in which oxygen dissolved in water falls so low it no longer supports fish, crabs, oysters and other aquatic organisms. Pollution has been blamed.