Wednesday, November 30, 2016: Now that was some fog. I went to Holgate and even though there were next to no tracks in the sand – either human or vehicles – I had to drive at a crippled snail’s pace. I kid you not. The visibility was under 50 feet and close to zero now and again. It was a bit better on the rest of the Island.

The Classic is closing in on the end with a dreary 55 bass. Past Classics/Derbies have had that many in a single day.

The surf should remain relatively riled into tomorrow, while surfcasting conditions should improve drastically. Here’s hoping there’s one last push of fish before the Classic pulls the plug for 2016.

I did find it odd that there was a quite-low tide this afternoon. I didn’t have anything else to do so I clammed and they were cooperative to the tune of 100 or so in short order, seen here. 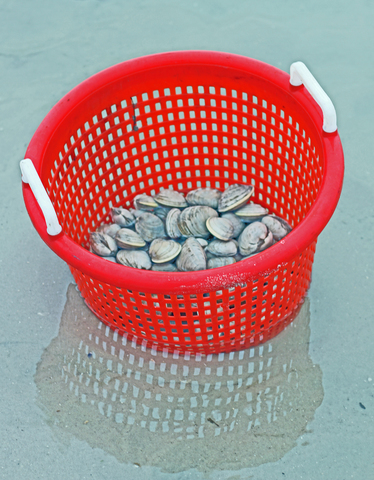 There’s a huge hubbub over Draconian cuts about to be made in the fluke regs, via the feds. While I’m not getting involved, per se, I highly recommend you let your voice be heard. I’m not sure there’s even a need to be civil since nice-talk gets nowhere in the fishery management realm.

NOAA Fisheries is proposing a 30% reduction in the 2017 fluke quota, but with recreational overage penalties it could ultimately reduce angler access by 40% or more.

I’m steering clear of the issue since I’ve long argued that there are far too many fluke in the big-picture system, especially when juxtaposed to other dying-off fisheries (tog, black seabass, winter flounder, weakfish) – which have their young-of-year annually ravaged by obsessively over-protected summer flounder.

That eco-imbalance reality won’t even be bandied about by the regulators because of the insane prejudice favoring stripers and fluke over virtually all other gamefish. That obvious ignorance tells me that true science -- I’ll call it holistic ecological biology -- is secondary to politically/economically-motivated protection of sexy, big-money species. Ever wonder how commercial shrimping bycatch goes on kills five, ten, fifteen times what it is harvesting? That’s the same sexy-over-sane management practices.

See, I told you I’m steering clear of the fluke issue.

Below: I don’t recall this lobster bait thing but I enjoy when folks bring up fishing methods from the past. Growing up, if a lobster got within dashing distance of my mom, it was not only ravenously downed but done so with sound effects best kept in the family.

Tom Rizzo "I'm sure you know this Jay, but for those who don't - at one time, a hunk of Lobster on a handline's hook, thrown from just about anywhere off the shoreline, was the bait for catching Stripers. Guess nowadays, Crabs will just have to do for the Bass." 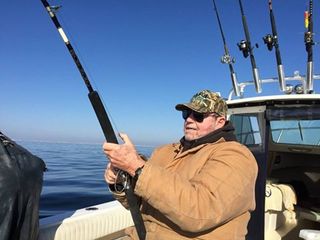 Guess what I found in the basement tonight. I found my old set of hand lines for tuna fishing. Would love to use them again this season!! 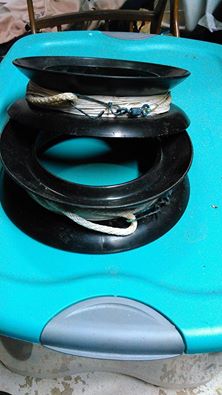 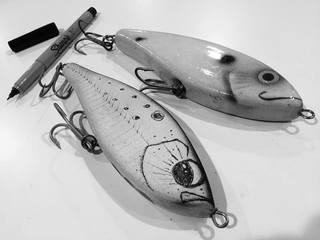 I'm going to start now and won't let up for weeks to come. Please shop locally here in the LBI vicinity. Nothing works better in the long gift-giving realm than patronizing shops that will stand behind everything. Also, we have some of the state's best artisans and crafters. See The SandPaper for shops and events featuring these artists.