Wednesday, November 09, 2016: The swell that rolled in yesterday is still around but not as energy-packed. 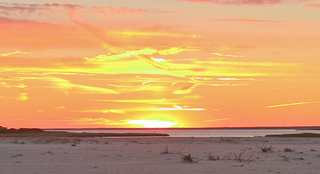 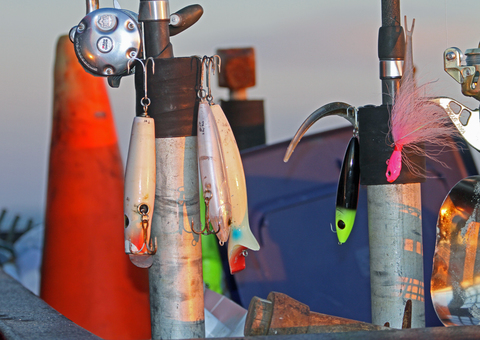 Wednesday, November 09, 2016: The swell that rolled in yesterday is still around but not as energy-packed.

Here’s a look at the wild wavs yesterday, as I drove to work -- to be trapped in-doors until midnight – as we chose a new “Don.”

No, let me be accurate. It was the Electoral College that chose a new Don.

Correct me if I'm wrong, but isn't that two presidents in just the last four elections that have NOT been chosen by the populace? The last, prior to Trump/Hillary, being George W Bush beating Al Gore, despite Gore garnering 540,000 more votes than G.W.
One might ask why we even have a general election. Has it become nothing more than an opium of the masses?
I’m not saying our puny hoi polloi votes are meaningless … Wait a minute, I think I just might be saying that. Pass the opium pipe.
(I would think the exact same thing had Hillary won in the same manner.) But enough politics – for the next decade after those campaigns. We have fishing to deal with. And I haven’t seen any landslides in that regard either. It’s slower than a witch’s tit out there – or something like that.

We did recently see another Classic weigh-in hit the scales. Patrick A. Gallin used bunker to attract a 12.84, taken in Beach Haven.

The South End seems to be a somewhat better angling option, though a total of 15 Classic stripers – and two bluefish – in the over-half-over contest is hardly testimony to a smashing fall bite being easily tracked.

Speaking of south: Let’s not go there. Holgate will be suffering from daylong high tides. And they’re insufferable in as much as horrific erosion two/thirds of the way to the end has made safe passage impossible, except at the bottom of low tide. What’s more, the incoming tide has been arriving in double-time for some reason. One second it’s low and the next it’s washing under the tires of your parked buggy. I’m not saying the ride to the Rip can’t be negotiated but you sure as hell better know what you’re doing getting down there – and be ready to stay put if you get trapped by rising water. I HAVE TO BITCH OUT LOUD: We can no longer ignore the writing on the weigh-in board. This is steadily sinking into the worst fall surf fishing season anyone has seen dating back to 1954, when reliable stats started, via the Derby.

But one doesn’t have to go back 60-some years to detect a problem arising. As recently as 2003, we had 533 stripers entered into the yearly event. More recently, we had 381stripers in 2011. Then things went wickedly bad, dropping to 18 bass weigh-ins in a Sandyfied 2012.

Might the fall bass bite die-off be from bitch Sandy? Or, might it be the related to post-Sandy replenishment?

I hear that Sandy blame all the time. But is just ain’t that simple. In the past five years, the bass biomass has offered boat anglers more than they can handle, especially in spring – though the fall boat bite has also been sweet.

Ditto for the chopper bluefish bite, which was crazy-good last spring. In fact, it was like nothing we had ever seen in spring. This fall, same waters, we have two whole blues entered in this year’s Classic. By comparison, in 1989 we had 1,300 blues; a frickin 2,000 in 1986!

I’m an ongoing student of marine biology and can’t make any scientific sense of the Pomatomus saltatrix mystery. If only the big blues hadn’t arrived in unprecedented swarms last spring, I’d happily shrug it off as the cyclical population swings common to bluefish. But how in bloody hell can we have bluefish schools almost beyond measure just six months back, migrating northward, and virtually nothing showing here now?! In scientific terms, it’s a bona fide “What the f***!?”

The bluefish enigma does not negate my theory that sudden nearshore bunker conservation has likely pulled bass away from the surf line to easy eats not that far out, thus the superfine boat bite. I’ll also rub it in by scientifically noting that it can take less than a decade for the likes of bass to subtly shift annual migratory trends/penchants, having learned …. and passed on – the bunker ball game. What’s more, the rapid maturity rate of striped bass can quickly lead to a genetic propensity – a genetic encoding -- toward feeding off the beach. That comes about when the healthiest and strongest bass, strengthened on big bunker, dominate the gene pool. Whatever trait originally trended these now-dominant bass outwards from the beach is passed on.

But enough B&M (bitch and moan). The surf fishing conditions will be shining brightly for days on end. Yes, that’s not good. The waters will also go immaculate. Nonetheless, some weekend anglers will tap into the upcoming fall perfection to get the little lady to agree to a long weekend on LBI.