Wednesday, February 24, 2016: I had seen this junky weather coming but it’s even junkier than I thought, which happens when systems are slow moving. Things should improve rapidly but the last couple days have been a lost cause in my effort to explore a new digging location on the mainland. I’d also like to look into old bottles showing on the beaches of Holgate. A couple look like the day they were chucked, nary a scratch after 100 year much less an ocean tumbling.

On the digging front, I recently dug a slew (22) of these celluloid wire attachments that showed a mechanic going under a vehicle's hood that it used Oilzum brand oil. The Oilzum Company sure used a strange logo image.

By the by, while celluloid is highly flammable and burns insanely hot it resist weathering like no other plastic-like material. These were buried for nearly a century but still look fine. 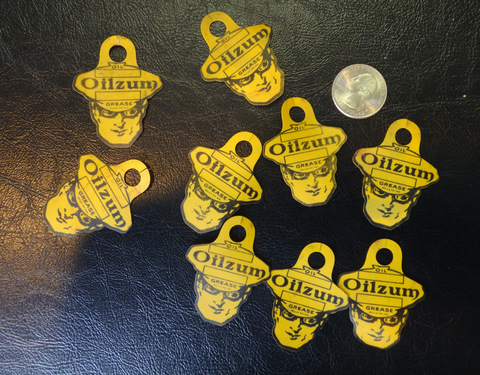 Why the burglarish face? Hey, the oil was most popular back in the Roaring Twenties so maybe gangsters felt safer using an oil close to their hearts. It was also big with the precursors to NASCAR. Per the company, “Oilzum was positioned as ‘The Choice of Champions’, and was used by professional drivers across the country winning several Indianapolis 500 races. Oilzum was used to set early land speed records.”

Have to post this aerial shot of LBI's south end, circa 1931. I made it large to show as much detail as possible.

While the beachfront boardwalk is always a weird sight, I'm surprised over what I believe to be the Holyoke Jetty already in place, south end of BH. However, that far jetty might also be the Osborne Avenue jetty.

I'm not sure that's Mordecai Island on the right side of the photo.

The Beach Haven School had the world's biggest sandbox for the younger kids.

The famed baseball field is quite a sight.

I can't resist offering this John Bailey Lloyd segment regarding what happened during one of the ball games:

Webster's plane, the "Miss Beach Haven" was one of 22 manufactured by the Kellett Company in Camden. The borough council of Beach Haven voted in 1931 to give Webster the privilege of using the ballfield for his nearly vertical landings and takeoffs. His summer residence was next to the Little Egg Harbor Yacht Club and his autogiro was sheltered in a garage on West Ocean Street across from the ballfield.
On the afternoon of July 30, 1932, a crowd of a hundred or so were watching a baseball game in progress when they heard the nasal drone of young Webster's machine whizzing across the bay toward them at 60 miles an hour. He slowed to circle the field and waved from the cockpit in his leather helmet and goggles. The teams retreated to the edges as Webster began his gradual descent on the diamond. He was only several feet off the ground when a sudden gust of wind from the north drifted the plane toward the grandstand. Webster attempted to rise but got caught in the telephone and electrical wires, struck a utility pole and fell 40 feet onto Ocean Street. His $8,000 "Miss Beach Haven" was badly crippled but Webster suffered only a broken nose. He was treated at the site by Dr. William Dodd who had been in town but one year and whose office and home were still then on Second Street. 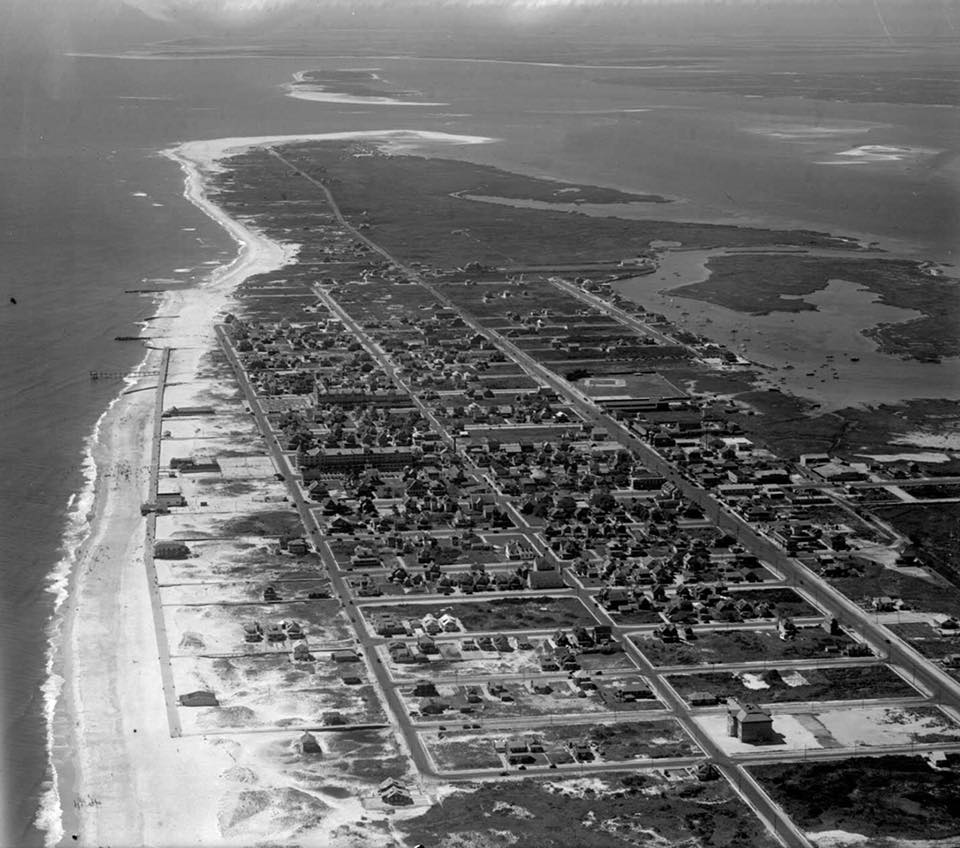 Obviously, it's the Holgate end that catches my  eye. What a story this pic tells. I'll note her that I've spent decades mulling over old photos and negative so a view like this is pure eye candy.

Most noticeable is the sand road that once went through what might be thought of as the "middle of Holgate." I can't tell ... even when filtering the photo ... where the asphalt ends and the sand road begins.

Geologically interesting is the obvious beginnings of the westward migration of the south end, though the current migration is astounding by overlay comparison.

That is the last visages of Tucker's Island, across Beach Haven Inlet. You need to envision this: The spot where those remains are showing -- which we know via the exact coordinates from the Coast Guard Station days -- is now well out at sea, per a study done by the Coyle family. Holgate has moved that far west. Here's a glance at Tucker's Island in 1930. Notice the signs of abandonment in the background. 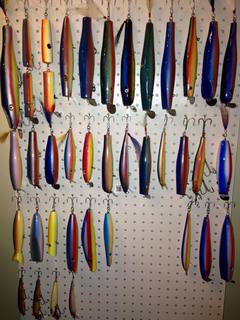 Updated photo many more to come after the next 2 shows. If anyone has more they don't see send me msg!! 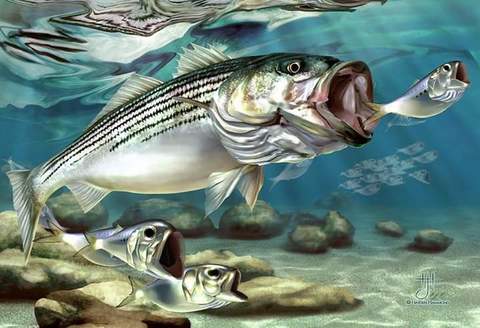 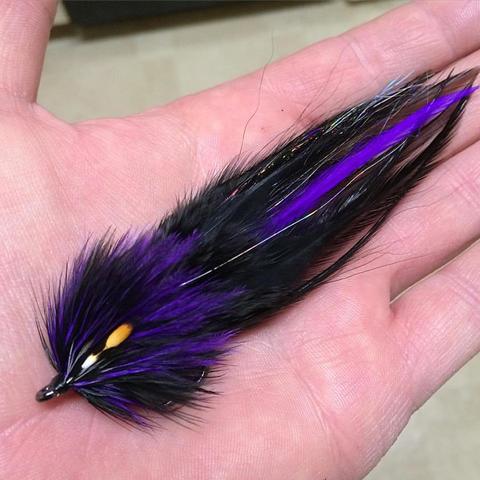 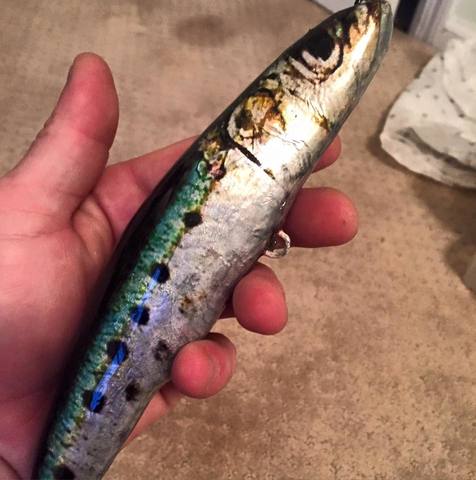