Wednesday, February 08, 2017: I wasn't going to do a blog today but this potential snow storm is too much fun to resist ... Wednesday, February 08, 2017: I wasn't going to do a blog today but this potential snow storm is too much fun to resist writing/guessing about:

I promise you that I knew about “bombogenesis” before it began saturating the airwaves in association with the upcoming storm. It is not a fully uncommon storm event, especially off New England. A bombogenesis can happen just as easily over land. The Midwest and Great Lakes have seen astounding bombogenesis detonations.

WHAT IS IT?: While the following definition sounds a tad technical, it is actually as simple as reading a barometer … though you do not want to be reading it out at sea if you’re off Cape Cod tomorrow evening. For even big vessels, this storm's at-sea potential is not to be trifled with.

A bombogenesis occurs when a storm intensifies so rapidly in a 24-hour period that the associated barometric pressure drop by 24 or more millibars in that same time-frame. It becomes the ultimate tightly wrapped storm center.

On a typical TV weather map, a bombogenesis event creates pretty much the most tightly wrapped low pressure you’ll ever see -- though that doesn’t mean it’s the strongest of storms. Looser millibar lows, when over a larger area, or combined with other factors -- like another low or an adjacent high pressure system -- can produce far greater winds and weather. In fact, tomorrow’s possible bombogenesis will be a very short-term detonation since there is no blocking high pressure system to the north. It should be yet another ultra-fast mover. Now, if there was a big static high pressure in the western North Atlantic, New England down to eastern Pennsylvania would be blotted out by snowfall measured by the footload.

With this storm, we should again see a blast of honking winds – pushing 50 mph. However, keeping in-line with many recent blows, it will come and go in 24 to 36 hours.

The snow could come down well in excess of an inch an hour, providing the intensification off the coast is what is now being forecast. White-out and near-blizzard conditions could prevail, though far more likely on the mainland.

All that snowy stuff noted, I also see rain being a factor along the coastline, mainly early in the storm’s development. The longer it takes the rain to transition to snow, the less overall snowfall amounts -- though mid-afternoon is when the heavy precipitation will enter the picture, likely wearing white.

By the by, it does not have to be 32 degrees or colder to snow. If cold air loft is drawn earthward during storm intensification, snow can stay white despite a lens of warmer air near the ground -- with temps as mild as the mid-30s.

One other factor of note, should the storm move straight off the Delmarva without taking the expected jog to the north, the entire winter storm scenario could be a dud. However, that is looking less likely as of now (8 pm, Wed.)

Flooding will be minimal due to the speed of the storm though we never rule our localized minor flooding in the typical areas. However, drains could stay full if a major groundswell kicks in as the 80-mph (plus) storm-center departs. It could get nasty-large out there.

So, I'm walking in the woods today, way out there, and come across this. Weird just seems to follow me around ... and I like it. 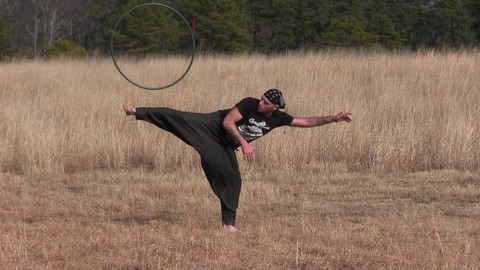