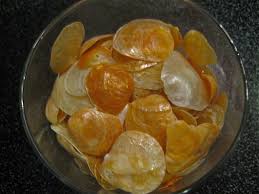 Wednesday, December 11, 2013: I hear folks saying how cold and uncomfortable it is out there. I beg to au contraire. I hit the beach to do some pickin’ (mainly sand dollars and "jingle" shells, see below) for jewelry and artwork I’m doing.

After the equivalent of getting used to the water after jumping in – though no actual water jumping today – it began to feel just fine. Soon, I had limbered up and a-walk. The day became very nice, even with a well-chilled west wind.

Note on Holgate snowy owls: These are among the easiest birds to spot since they are not only daytime (diurnal) owls but are very inclined to perch at the same places, daily. The first washover to the bay -- maybe 2000 feet from Holgate entrance -- has the most "resident" snowy owl. For two (or more) other owls, you have to go all the way to the end (The Rip). The snowys that hang there seem poised to fly further south so they're not a sure sighting. When there (The Rip), these owls stand out, color-wise. They also tend to perch on higher objects or stand next to clumps of vegetation. 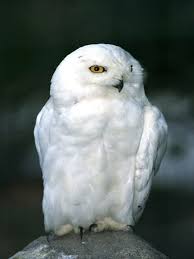 Here’s a re-pub of short video showing two of the owls at the Rip, so you get a sense of what to look for: https://www.youtube.com/watch?v=u5xrBjRzdPc.

Yesterday, I stayed out and about for well over two hours, nabbing a lot of hand-picked (for perfection) Anomia simplex, better known to its friends as jingle shells.

In real life – as opposed to when found washed up on the beach – Anomia simplex, a.k.a. the Atlantic jingle is a type of bivalve – a small type to be sure. It’s inclined to buddy up with bayside rocks, pilings, piers, other shells and mud banks. To stay put, it uses an astoundingly strong byssal thread, a stringy protein material that is being continually studied in an effort to develop organic fibers for the likes of sutures in medicine. These are the same threads we call “beards” on mussels. 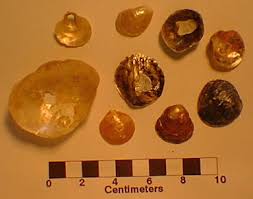 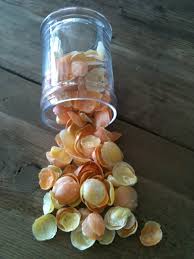 Though fairly common in the bay, don’t think in terms of steaming or half-shelling them – even in a survival scenario. Along with their small size – and even smaller meat content – they possess an odd and bitter flavor, unlike most other high-edibility bivalves. The unappealing taste likely indicates a protective substance of some sort.

Though their shells frequent the beachline, jingles are a far less common bivalve when compared to the likes of quahogs, mussels, scallops and oysters. What’s more, they’re a bit aggressive when bedding down, being more than willing to invite themselves onto the backs of mussels and even scallops. Jingles are considered bothersome and even invasive in some bay areas.

The assorted colors of jingles are thought to be the result of the prevalent foodstuff eaten by individual jingles. However, the mineral content in the water might also add a tint or two. Orange jingles seemingly display an iron oxide coloring. I’ve noticed that live jingles seem to favor chunks of bottom structure, including manmade debris, like rusting steel – from whence orange color might come. 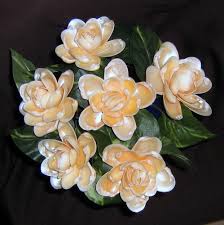 We've known for a while that the ocean is rapidly becoming too acidic for some forms of marine life to survive. We know that this is caused by continued rising emissions of carbon dioxide, which dissolves from the atmosphere into the ocean to form carbonic acid, which in turn dissolves/corrodes calcium carbonate-based coral reefs and shellfish.

Now we also know that ocean acidification does more than break down marine skeletons—it can actually cause behavioral changes in individual organisms. Simply stated, ocean acidification is making fish anxious—or, at least, anxiety as we measure it in fish.

Scientists from UCSD's Scripps Institution of Oceanography and Canada's MacEwan University recently published this surprising finding in Proceedings of the Royal Society B: Biological Science. But what does it mean for fish to be anxious? According to this study, all it takes is observing how much time the fish choose to spend in dark versus light areas of their habitats. The test subjects were juvenile rockfish, whose natural environments—kelp forests—off the California coast offer varying levels of shade and sunlight. The researchers put a control group of rockfish in a tank with "normal," or unaltered, seawater and observed the fish moving continuously between the light and dark areas of the tank. They put a second group of rockfish in a tank with seawater of elevated acidity, meant to approximate the expected pH of the ocean one hundred years from now, and observed something different.

Previous studies have shown that fish dosed with anxiety-inducing drugs will, instead of moving continuously around their tanks, prefer to dwell in the dark spots. Turns out, putting fish in slightly more acidic water is just like administering an anxiety-inducing drug. "They would go to the dark part of the tank and they wouldn't move. They just stayed there," study co-author Martín Tresguerres told the L.A. Times last week.

"If the behavior that we observed in the lab applies to the wild during ocean acidification conditions, it could mean that juvenile rockfish may spend more time in the shaded areas instead of exploring around," Tresguerres said in a press release last Wednesday. "This would have negative implications due to reduced time foraging for food, or alterations in dispersal behavior, among others."

Notice that we're not even talking about shellfish like lobsters or shrimp, who may or may not be experiencing mental anguish in awareness of their threatened bodily integrity. Let it be said, though, that a future study on anxiety in lobsters is not out of the question. "Behavioral neuroscience in fish is a relatively unexplored field, but we do know that fish are capable of many complicated cognitive tasks of learning and memory," according to Trevor James Hamilton, another of the study's co-authors.