Thursday, December 06, 2018: Winter seems to be a tad overly anxious to snuggle up with us. It’s remarkable that Atlantic City got seven inches of snow and we got a sub-dusting on LBI. From Holgate, you can all but reach out and touch AC. Talk about localized precip.

With pre-winter snowflakes flying for the second time in a couple weeks, it might be easy to assume we’re in for a wicked cold-season. But not so fast. I have it on good authority, namely my longtime studying of winter weather past, that many an overall mild winter first reared up icily, early on, then melted away before it even got going. A record warm winter, back in the 1990s, saw the coldest weather in December then offered jacket-free days in both January and February. Yes, that’s wishful thinking on my part, but, again, it’s also steeped in sound semi-science. 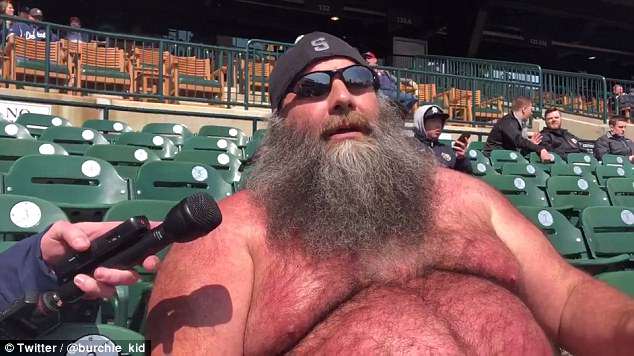 This is the time of year when it becomes a day-by-day feel-about to determine if the stripers have moved out to sea in a definitive migratory move. Many a December has seen bass staying within casting distance – boat and beach -- until Christmas and slightly beyond. The problem this year is the sheer iffiness of the bass bite. 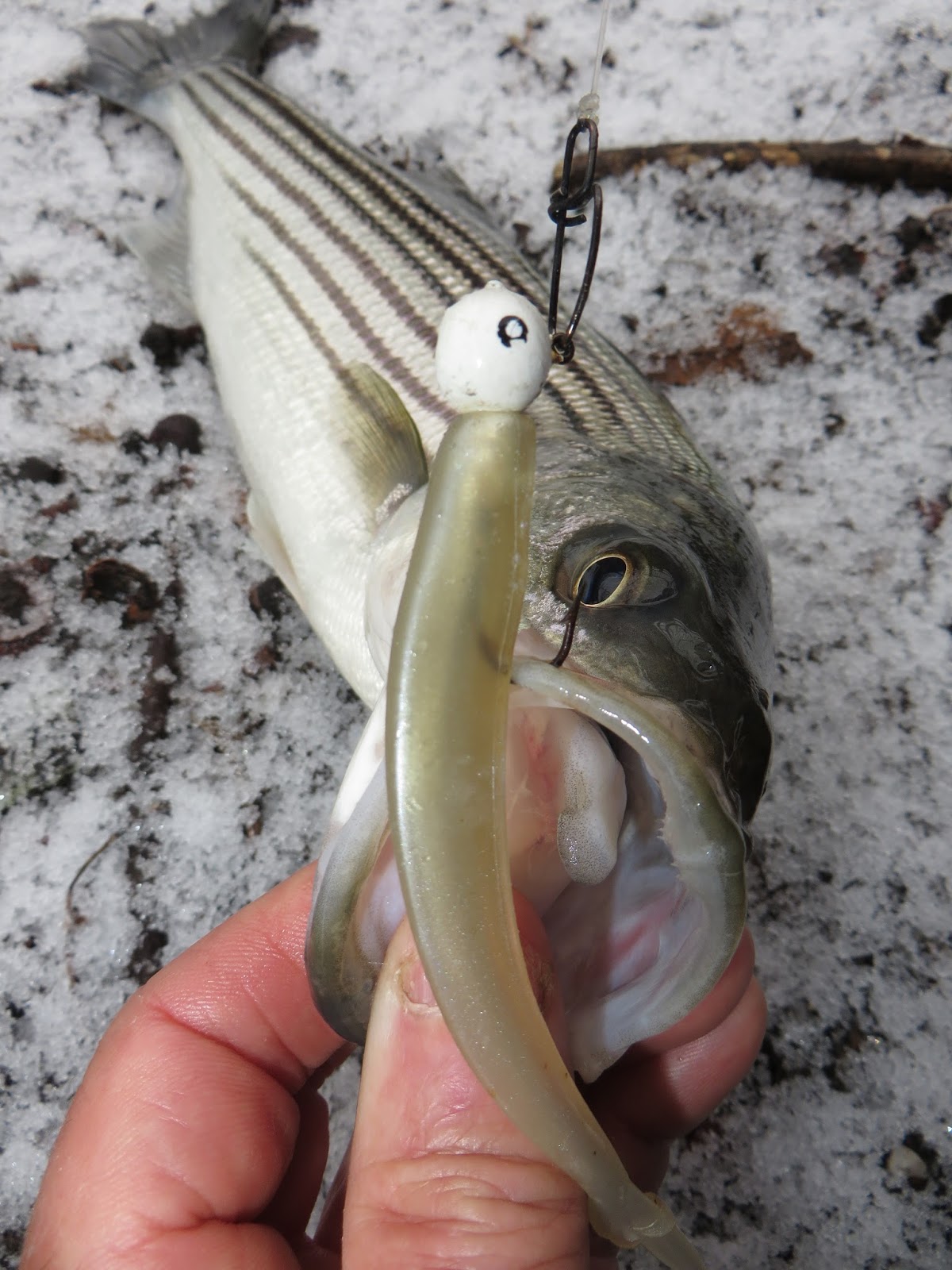 I was mildly taken to task by some boat folks who told me they pretty much missed the momentarily excellent big-ass bass bite. They were also hampered by tough work schedules and combative weather.

A bit more off-putting were some insights I got from surfcasters working beaches from IBSP to Sandy Hook. They said they surely didn’t mug them this fall, though I’ve recently seen some nice pics of Island Beach fish.

More along aggravating lines, the beaches and boats of the Chesapeake Nation are starting to show kick-ass “rockfish” action. If you recall, maybe ten years back, they went gonzo on giant stripers, all winter. Many of the biggest fish were kept. They’re more into fish as meat than just sport. They might very well see a repeat of bass-bails past, possibly at our expense. Yes, that’s sour grapes but having big bass rush past us to then jump into the boats of southern boys could be highly frustrating. We’ll know more soon enough. 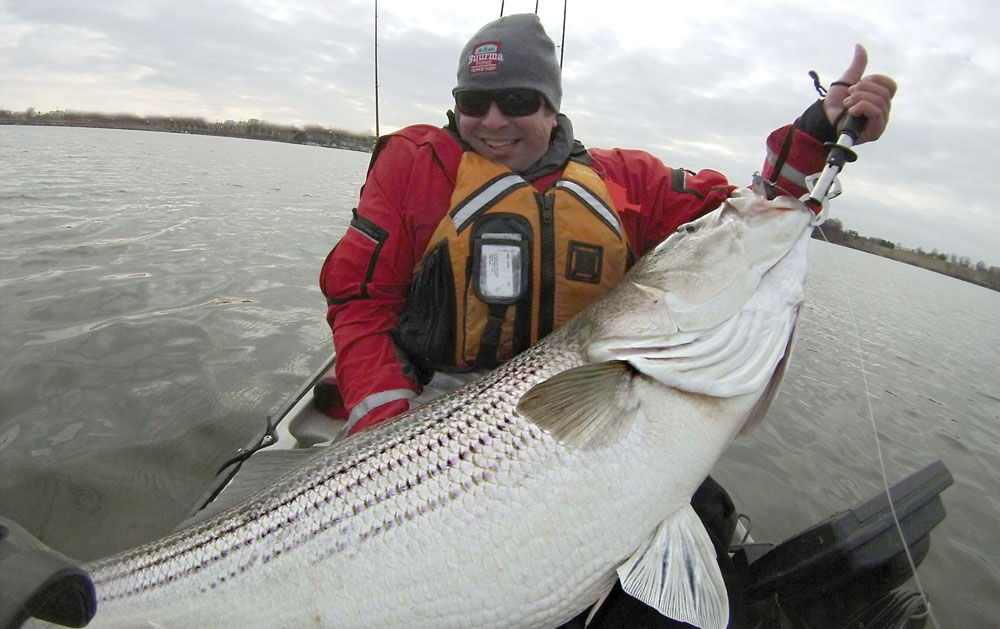 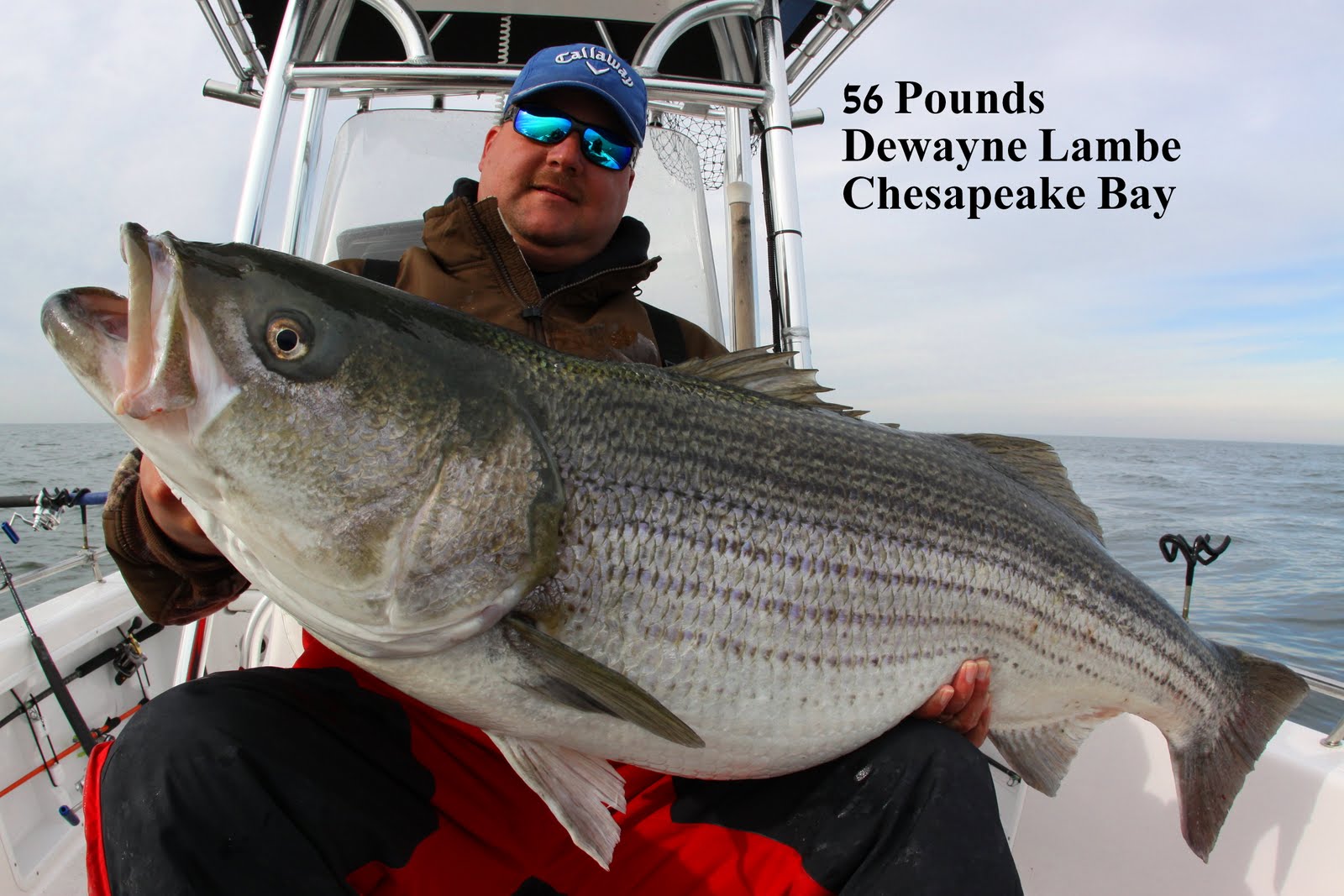 I got an email further confirming exceptional tog fishing, though I’m now hearing of a large number of throwback-sized blackies in the mix. Might it be first-come-first-serve on wrecks and such, meaning the big fish get nabbed early on, then it’s a case of picking through the remaining smaller models? That was surely the scenario in summers past, when regs didn’t eliminate any-and-all taking of warm-weather togging.

Dante Soriente
There is not a better designed Tog Jig on the market. Flat bottom no collar for crab to sit better on Jig, hook faced up for easy picking for Blackfish. Magictails in 6 colors all up and down east coast. Check your local shops or send me msg and I'll lead you in right direction. Just try one I promise you will never fish another Jig.

I’ll mention – even to deaf ears – that tog is one the best fish to cook in the round, i.e. whole. This maximizes the meat take. I had some very fine Chinese friends who I’d bring tog, which I mostly took off beachfront jetties/groins. The gals would steam them whole, heads and all, then serve them in a family-recipe black bean sauce. It might well have been the best fish presentations I’ve ever tasted. Those folks were sorta forced to go back to Taiwan, but I get a card from them every year, right about now. They were Christmas fanatics.

Well, I finally caught a striped bass this afternoon, 21”. Too bad it wasn’t big enough to be a keeper

Another fine offshore wreck trip for Timmy "The Brick" and crew today. A limit of SeaBass to 4lbs, a bunch of Big Scup, and a Pile of Ling. Around 140 mixed pieces for the crew in the cooler.

The governor said he wants New Jersey to be able to produce 3,500 megawatts of offshore wind energy by 2030, and be 100 percent reliable on clean and renewable energy by 2050.

Murphy said he wants to open two 1,200 megawatt solicitations for offshore wind—one in 2020 and another in 2022—on top of the 1,100 megawatts the BPU is in the process of garnering applications for from energy companies.

“If we really get this right, if we deliver on the plan … we will have a rightful place at the center of the American wind industry.”

“The ancillary industries that are going to feed into wind development, and whether you’re talking about the manufacturing of the wind turbines … whether you’re talking about the attorneys involved in the process, that whole supply chain,” Fiordaliso said. “I mean think of it like the automobile industry, how many industries feed into the automobile industry?”

Sullivan said that the supply chain aspect is one of five ways that economic impact could be felt.

A second is the physical construction and installation of the wind farms, Sullivan said. Another is the maintenance and operation of the entire system once the farms and transmission to consumers are completed.

Yet, another impact is the research and development of wind energy technology.

Another boost is the professional services that “wrap around any new industry,” Sullivan said.

“If there’s a brand new industry that employs tens of thousands of people, there’s also going to be a ton of activity for lawyers, consultants engineers, and those are important,” Sullivan said.

Chip Michalove has hooked more than 30 great white sharks in the last four years, but none of them came close to the “freight train” beast he caught Tuesday afternoon.

Michalove and his crew had already caught, tagged, and released a 10-foot great white shark that morning, but they weren’t ready to call it a day. Jon Dodd, cofounder of the Atlantic Shark Institute, had flown in over the weekend and since Tuesday was his last day, they wanted to make the most of it.

After a couple hours of waiting in the wind, Michalove felt something “enormous” tug on the line.

“Her dorsal fin came several feet out of the water,” Dodd said. “It was spectacular to see.”

Dodd has caught more than 1,000 sharks in his 30 years in the business. And had never seen a shark that big.

“Right when we saw her, I said ‘ we got a freight train on that line,” Michalove said. “She was so big she didn’t even know she was hooked for a while. She just kept swimming.”

But then she started to feel pressure from the line, Michalove said.

“This is a shark with really no predators in the Atlantic, so she’s not shook up by much. But you could tell she started to realize what was going on,” Michalove said.

That’s when the great white showed off her hulking, powerful anatomy as her tail and fin hit the water.

“She gave a few violent head shakes that were just about breaking her back,” Michalove said. “Then she spit the hook and we lost her. “

Though Michalove was sorry to have lost her, he was happy she was still out there.

“I’m telling you there is a submarine with a tail off the coast of Hilton Head right now,” Michalove. “I hope I get her next time.”

The crew was so fired up they stayed around a bit, hoping she’d return.

A couple hours later, a second 10-foot great white shark hit the line, Dodd and Michalove said. They did what they could to reel the shark in, but were both so exhausted from the two earlier fights that they couldn’t get the shark close enough to the boat to tag it.

And that’s Michalove’s goal — to place a satellite tracking tag on the shark that gives scientists and shark... as it swims thousands of miles through the Atlantic.

Michalove has been working with scientists at the Atlantic Shark Conservancy in Chatham, Mass., to study the patterns of great white sharks.

On Tuesday, Michalove tagged the first 10-foot male shark he caught with an acoustic tag for Dr. Greg Skomal’s study with Massachusetts Marine Fisheries, so scientists can help track the fish through the ocean.