5/28/14: It was nice while it lasted. We’re back to the easterlies. They could kinda very testy from the NE tomorrow before calming down for the weekend. The weather should follow suit -- rainy patch…

5/28/14: It was nice while it lasted. We’re back to the easterlies. They could kinda very testy from the NE tomorrow before calming down for the weekend. The weather should follow suit -- rainy patches until Saturday when the sun should rain down.

I really enjoy when so many folks have such fine fishing, as was the case for many an angler over the weekend. Via emails and various forms of social media, I saw huge variety of hooking, quite possibly highlighted by black drumfishing worth beating drums over. While I wasn’t wild about seeing some huge keepage of drum to well over 50 pounds, this is a wholly untargeted fishery (by commercialites) so there should be absolutely no shortage of the species. What folks will do with a boat bottom full of them is a bit of a mystery. Still, be it bass or blues or drum or whatever, I sure as hell don’t want to play keeper police.

That said, this wind might afford hardcore folks a chance to go after black drum, staying inside the bay. Add to that the fluke potential and it might be worth tolerating some snotiness to drift around out there. The rain should be intermittent at worst, with long stretches of dryness.

I’ll be doing some bridge work.

The tuna are showing very nicely in the canyons. Nice time to bring that up, right? NE winds to 30 mph for the next couple days.

Request: I've been doing the South Jetty a lot lately and some anglers are making a bloody mess when they either cut bait on the tops of the rocks or, way worse, clean bluefish there upon. Blood can stain like a bitch and when it gets sun-baked it doesn't wash off even during a downpour. Lots of families hike those rocks and dried blood puddles paint a bad image of anglers.

Now these are edible-sized drum: 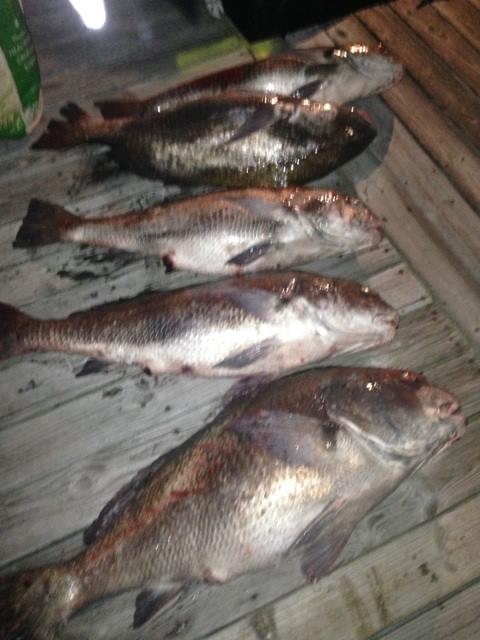 While the Route 37 bridge system isn't the exact look the new LBI Causeway will take, the higher/lower concept is the same as what's coming our way. 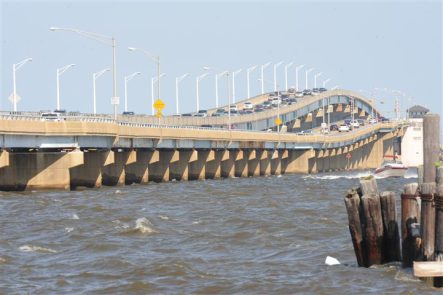 Our grandson Sean got the big one. Coming home to have some!

Two young men are accused of taking part in an armed robbery in which the shop owner was pistol-whipped.

Two men have been arrested and charged in association with an armed robbery and assault upon the owner of  Surf Side Bait and Tackle at 200 Ocean Boulevard North in Long Branch on Friday.


Jonathan Marvine II, 20, of Lighthouse Lane of Parlin and Miquan Farmer, 18, of New Street in East Orange are accused of assaulting the owner while armed with an unlicensed handgun and demanding $450.

Marvine and Farmer are both being held at the Monmouth County Correctional Institution in Freehold, each at $350,000 bail. Both were scheduled to make initial appearances before a judge on May 27.

A message on the  Surf Side Bait & Tackle Facebook page dated May 23 said:

House Set to Take Action May 29th on Magnuson Flexibility

The House Natural Resources Committee will hold a full committee markup on Thursday morning at 10 a.m. at the Longworth House Office Building, Washington, D.C. The full committee is expected to vote on HR 4742, a bill introduced by Chairman Doc Hastings (R-WA) to improve and strengthen many provisions of the current Magnuson-Stevens Fishery Conservation and Management Act.

The Recreational Fishing Alliance (RFA) supports HR 4742, and is urging committee members to vote in favor of the bill on Thursday morning.

Donofrio and the RFA have testified numerous times before the House Natural Resources Committee in favor of greater management flexibility on both rebuilt and rebuilding fish stocks. In meeting the organizational mission to safeguard the rights of saltwater anglers, protect marine, boat and tackle industry jobs and ensure the long-term sustainability of U.S. saltwater fisheries, Donofrio said the Hastings legislation being voted upon in the committee on Thursday represents the best interests of the fish, the fishermen and the coastal fishing industry.

RFA is also urging committee members to incorporate an amendment by senior member Rep. Frank Pallone (D-NJ) that would implement a grant program to allow states to improve recreational data collection at the state level, while incorporating a National Research Council review of the current angler harvest methodologies used by the Department of Commerce.

"It's too early to go against a good bill that gets fishermen fishing again, so there shouldn't be any no votes on this bill on Thursday," Donofrio said. "The House Natural Resources Committee has a chance to set a real bipartisan tone this week which we hope can send a very strong message to the Senate."

To view the full committee markup on May 29 starting at 10 a.m. go tohttp://naturalresources.house.gov/calendar.

The University of Cambridge is issueing a series of sector reports on the impacts of global warming on various business sectors based on the recent IPCC assessment report. Their summary suggests a growing threat of climate change and acidification to marine resources.

The briefing, published jointly by Sustainable Fisheries Partnership and the University of Cambridge estimates that the total loss of landings to global fisheries by 2050 due to climate change range from USD $17 to $41 billion based on a global warming scenario of 2 degrees.

Fishery yields will increase 30 to 70% in high latitudes but fall by 40 to 60% in the Tropics and Antarctica based on 2 degrees of warming. Large species like tuna in the Pacific and Indian oceans are likely to move eastwards.

400 hundred million people who depend critically on fish for their food and face reduced access to marine protein because of climate change and acidification. Artisanal fishermen in the Tropics are most at risk.


Changes in the distribution of particular marine species may lead to conflict between fishing nations and significant increases in illegal fishing, such as has happened recently with mackerel in the EU and Faroes and Iceland.

The impacts of climate change and ocean acidification are made worse by other factors like pollution, habitat loss and over-fishing.


Commenting on the report, Chris Brown, Senior Director, Sustainable Business, Asda Walmart said: “There is a growing threat of climate change and acidification to the marine resources upon which we rely. This report is a timely reminder of the pace of change in the oceans and the need for those of us with direct and indirect stakes in the seafood industry to promote action at every level.”

Blake Lee-Harwood of Sustainable Fisheries Partnership added: "This report is a wake up call for the seafood industry to recognise the scale of the threat to ocean resources from climate change and acidification. We need to see urgent action in trying to mitigate the likely impacts while adapting wherever that's practically possible." 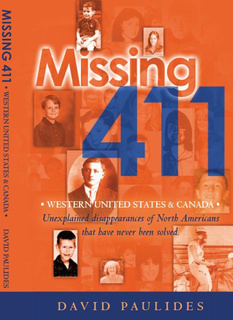 Former lawman turned investigative journalist, bigfoot researcher, David Paulides, discussed patterns of missing persons in America's national parks and other rugged wilderness areas, and how these disappearances fit a peculiar set of circumstances that defy logic. The number of these unusual cases has risen to around 1,100 and some of them date back decades.