Turning a Blind Eye to My Vacation; Snowy Watching Too Much for Some By JAY MANN | Jan 15, 2014

As seen in The SandPaper:

Turning a Blind Eye to My Vacation; Snowy Watching Too Much for Some 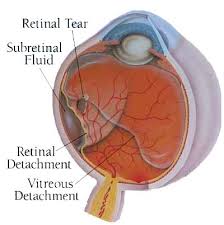 I need to take a blog moment to talk retinas. Yep, those things located somewhere in the farthest reaches of your eyes. Sufficed to say, they’re part and parcel to seeing straight. You want to keep them healthy, happy – and attached.

Over what should have been a relaxing and joyous holiday vacation, I spent virtually all my precious down time by worrying my ass off over my eyes. You would have, too.

It began when I stepped out my back door the day after Christmas. In a flash, I went from truly stellar 20/20 vision to 20/frickin’blind vision. It was as if the floodgates to instant sightlessness had been opened into my left eye. Swirling, inkish black masses tsunami-ed across my line of sight. Soon, an uncountable army of khaki-colored, tiny brown dots joined the march. I was left-eye blind. All this commenced in fewer than five seconds, mind you.

While I’m one of those folks who would likely consider a severed finger a mere flesh wound unworthy of immediate medical attention, this eye attack sent me scurrying for medical assistance – in a one-eyed way. Weirdly, everything seems smaller through a single eye, including phone numbers for eye care physicians. Does that say Toms River or Titusville?

With some help, I was fairly rapidly in the hands of the pros – firstly, an eye doctor in Barnegat and, quickly thereafter, a retina doc in Toms River. They were duly impressed with my symptoms.

Their concerns, I would discover, focused on a possible blown-out retina. That’s my wording for something called a detached retina, a way-bad ocular thing that can lead to a loss of sight, forever.

I was unfamiliar with the concept of a detached retina. At the same time, I keenly sensed it isn’t a good thing to have any body part suddenly become detached – the human head jumping to mind.

The good doctors jumped into my eye, damn near literally. My face was plastered into a head holder, with a chin support and little handles to hold onto for dear life. I expected to soon be looking for enemy vessels off the port bow. It’s a periscope thing, dude.

Seemingly using jackhammers, Dremel tools and miniature battering rams, my eye got an official going over like nothing it had ever seen before. 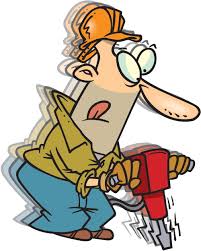 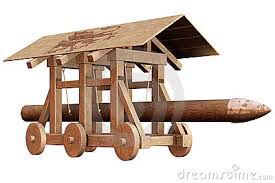 In reality, only the most advanced eye-looking equipment was used on me – and in truly talented hands. Both these guys were quite good. But, if you’ve never had your eyes checked for detached retinas, you’re missing out on one of life’s truly eye-opening probes. “Uh, maybe I’m OK with just one eye, doc.”

At the height of the eye exploration, something called a scleral depression is performed, during which my eye was held open – hell or high water. Cold and pokey metal things quickly came into play. I had always been warned that nothing smaller than your elbow should go into your eye – or something like that. 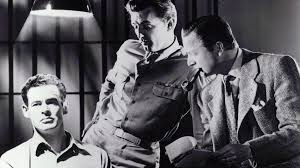 Then came the lights – powerful and penetrating lights, harkening back to old cop movie interrogations. “Alright, Bugsy, we knows you’re the mug who moydered her. Admit it – or we’ll keep shining this light in your eye and then begin probing your retina untilz ya cry like a baby.”

I was ready to give up. “Forget it! I’ll confess ta whatever ya want. Just turn off that stinkin’ light!” I won’t even get into the poking and probing that went along with the interrogation – I mean, examination. A little imagination and I’ll now be able to talk first-handedly with folks who have experienced alien abductions. “And how about those poking around tools they used? Anyone else remember that elevator music in the background?”

By probe’s end, my general bad-assedness had hightailed it out the window. Hell, I had whined so much they offered me a toy Teddy bear and a lollypop as I was leaving. Sniffling, I indignantly pushed away the teddy bear. I did take the lollypop. It was one of those ones with chewing gum inside. Quite tasty.

Turns out I likely didn’t suffer a detached retina. Instead, I saw one hellacious break away of some sorta ocular gel mass. The result is a slew of things called floaters – which can, in fact, resemble floating, drowned swans. A couple weeks into recovery and things are a whole sight better. (Damn, it’s easy to pun upon anything dealing with eyes.) My left side vision is getting better, though, oh, too slowly.

I still swear up and down this ocular episode is all related to my tree fall a year or so ago, when my head took a beating – and seemingly went on ticking. At the time, the only aftereffect was some peripheral colorful flashing in my left eye.

However, my newfound retina buddy – a fellow named Dr. Hajee (who I recommend to the hilt) – wasn’t overly buying that theory. Instead, he told me the attack of the floaters was just one of those getting-older things, though in spades. Most folks get small and gradual floaters. Being ADHD, I decided to do it all at once.

I did manage one chuckle from my ophthalmologist in Barnegat. At the height of my ophthalmic anguish, he calmly noted, “You do have good eyesight.” Sure, Doc, except I’m blind in one eye and can’t see out of the other – having just had both my eyes “dilated” with magical drops of pupil potions. Let’s just say I was seeing things in a different light at that blurry moment. By the by, I did not drive – or I’d likely have ended up in Titusville. 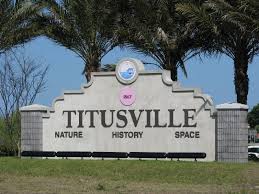 Anyway, something came out of my odd ophthalmologic misadventure that I want to pass on to all y’all. It has to do with eyes. Go figure.

I had gone a mere 50 or so years without getting an eye exam of decent proportions. In a blink, I’m instantly up to date on my professional eye probings, and things are lookin’ kinda good since I also got every ocular crack and crevice checked.

As I see my way back to sight normalcy, I have to warn all y’all to keep your eyes in good stead. Get them checked as if they’re the last pair of eyes you’ll have. Apropos to this column, I’m especially addressing anglers and outdoorsers. We put our eyes through the ultraviolet ringer. Despite our eagerness to buy expensively effective sunglasses, glare never sleeps. It’s always worming its way in. We gotta keep a wary eye on our eyes. 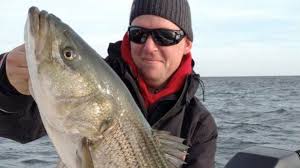 If I have to scare you into eye health, I’ll mention the latest scare-ass findings regarding eyelid skin cancer and something called conjunctival cancers, occurring within the eyeball. Both these once-rare cancers have increased by as much as 300 percent over the past three decades and continue to grow. That alone makes an eye check worth it. Get your frickin’ eyes checked – as in, this winter. And keep those retinas well attached.

Important: What I had done recently was not routine. Simple eye exams are a walk in the park by comparison.

SNOWYS STILL SHOWING: I can’t resist doing at least a small segment on the done-to-death snowy owl thing. Firstly, these hot-looking, cold-weather birds are far from gone. On Sunday, the pros counted seven in Holgate.

My coolest recent owl happening took place last, very foggy, Sunday, when I had an owl fly up and land no more than 30 yards from my parked truck. Occasionally, these birds can seem downright open to humans.

Speaking of which, the ogling human masses are still all over the owls. Birdwatchers continue to migrate here. In fact, Holgate hasn’t been this humanly populated in winter since that female Polar Bear Nudist Club used to regularly meet there. Quite a sight to behold.

(Oh, calm down. There was never such a group. And, no, I don’t know how you can form one. Besides, refuge Officer Chris P. would then have to repeatedly check up on such a group. I’m sure he wants no part of that. Right, Chris? …. Chris?)

It would seem that the current owls are more likely over-wintering, meaning the same owls might be staying in-place.

The preponderance of owls is down near the Rip.

Making perching life less comfortable is an increasing presence of bombardier falcons and hawks. Those raptors are not owl fans. They taunt the crap out of them.

Also on the Holgate downside for snowys is the overflow of foxes. There are fox tracks everywhere thereabouts. The owls are constantly pivoting their heads, 360 degrees, to check on dangers from over, under, sideways, down. Photogs have noticed that Holgate’s snowy owls sleep a lot during the days, attesting to the fact they must constantly be on their toes – and talons – at night.

As for any fox v. owl aftermath, I’ve been looking for what would surely be the feathery aftermath of a fox victory. Using top binoculars, I haven’t seen any such pillow fight-ish fallout on the refuge sands. I have to think the foraging foxes are chowing down on the near plague of mice in Holgate.

I’ve turned over washed-up pieces of plywood to find a dozen or more freaked mice beneath. Consequently, I’ve learned to first tuck my pants legs into my socks when turning over such hiding places – after a bolting mouse once went under my pant leg and up my bare leg. I speed stripped outta those britches – much to the delight and hooting of a nearby boat of partiers.

Note to birdwatchers: The beach hike to the Holgate Rip – two miles from the parking lot – is damn deceiving. It’s almost too easy getting down there – then, hell and sometimes high water getting back. As I tell folks: It feels like half a mile going down and easily ten miles coming back.

The south tip’s siren song, closer to a snowy owl song, has coaxed more than a few folks beyond their limits. It is not for the faint of heart, literally. My truck and I have done three assists. One help-along had me worried, based on a gal’s continued light-headedness as we drove off. All was fine in the end, I’m told.

If you hit the hiking wall in a serious way, flag down a beach vehicle, or, in a worsening case scenario, contact the LBTPD at 609-494-3322.

By the by, some owls have a way with cats. Of course, coyotes take the blame.