Tuesday, September 11, 2018: The sound of silence. After five days of rattling NE winds, it sounds almost weird to take in nary a tree or back door shuttering, as fog and rain-like dew sets (9 pm) in with the calm air. Not for long though. We could see honking easterlies by tomorrow night, which brings us to effin Flo. Here are some random angles on Florence, thinking locally.

While we’re already getting some serious groundswells from an out-at-sea Flo, the instant her center drops below Cape Hatteras, her northbound waves will hit a veritable wall – of jutting out cape land. During a lifetime of local surfing, I’ve seen that swell cut-off happen many times. Of course, we’ll still have to deal with the powerful short-period northerly wind swell, maintaining at 6- to 7- feet as of sunset today.  Short-period waves can be more erosionally destructive than much larger ground swell waves. Nonetheless, Flo making landfall south of Hatteras works in our favor by reducing her immediate impacts. That could come in handy in the long run, should Flo become a stationary low just to our south, creating hard and protracted NE and due E winds.

Another weather angle, tropical systems that remain in powerful play even when over land can spawn some wild spot weather, especially in the form of powerful pop-up thunderstorms. In fact, T-Storms are being forecast every single day clear into next week. Boater, waveriders and surfcasters, should study cellphone radar apps before making any outdoor moves. Also, I’ve noticed squally onshore wind conditions, like those we’re about to experience (to over 25 mph), spawn waterspouts, which are actually kinda cool. All this means is keep eyes pinned to the skies and apps – more than usual, that is.

LBI road flooding of a typical nature, like that we’ve been seeing of late, could continue for days to come. In this case, watch your tide apps for high tides, allowing for as much as a three-hour difference between oceanfront high tides and later-running bayside high tides. I’m getting reports that bayfront sections of Tuckerton and LEHT have been getting the brunt of the tidal stacking currently going on. That stacking might really increase if winds come directly east, as forecast. Batten down.

A painful-for-us angle to an arriving Cat-4 Hurricane is the astounding hurt it will surely put on The National Flood Insurance Program, which we already heavily pay into. I doubly worry since there is already a big rate increase being pondered for the program. While the Island’s many richies can absorb such rate hikes, many of us live here on a dime. We duly and freely fret every hike -- of any ilk -- that comes up the pike.

Please don’t misread me. Those folks about to be plowed under by Florence deserve every penny they need to repair and/or rebuild. They’ve paid into the program like the rest of us. Plus, we’re all coastal-dwelling brethren, as can be seen by how many local folks are sincerely offering shelter for those now evacuating places like the Outer Banks. During Sandy, many folks down south offered us just such helping hands. It’s all one big coastal family here – under constant attack by the abandonists, who will surely point to Florence as another manifestation of climate change. I can hear it already.

Into the Gulf Stream

A powerful current just miles from SC is changing. It could devastate the East Coast.

When your 6 and wanna catch brown sharks you gotta hang on with two hands and put your back into it. 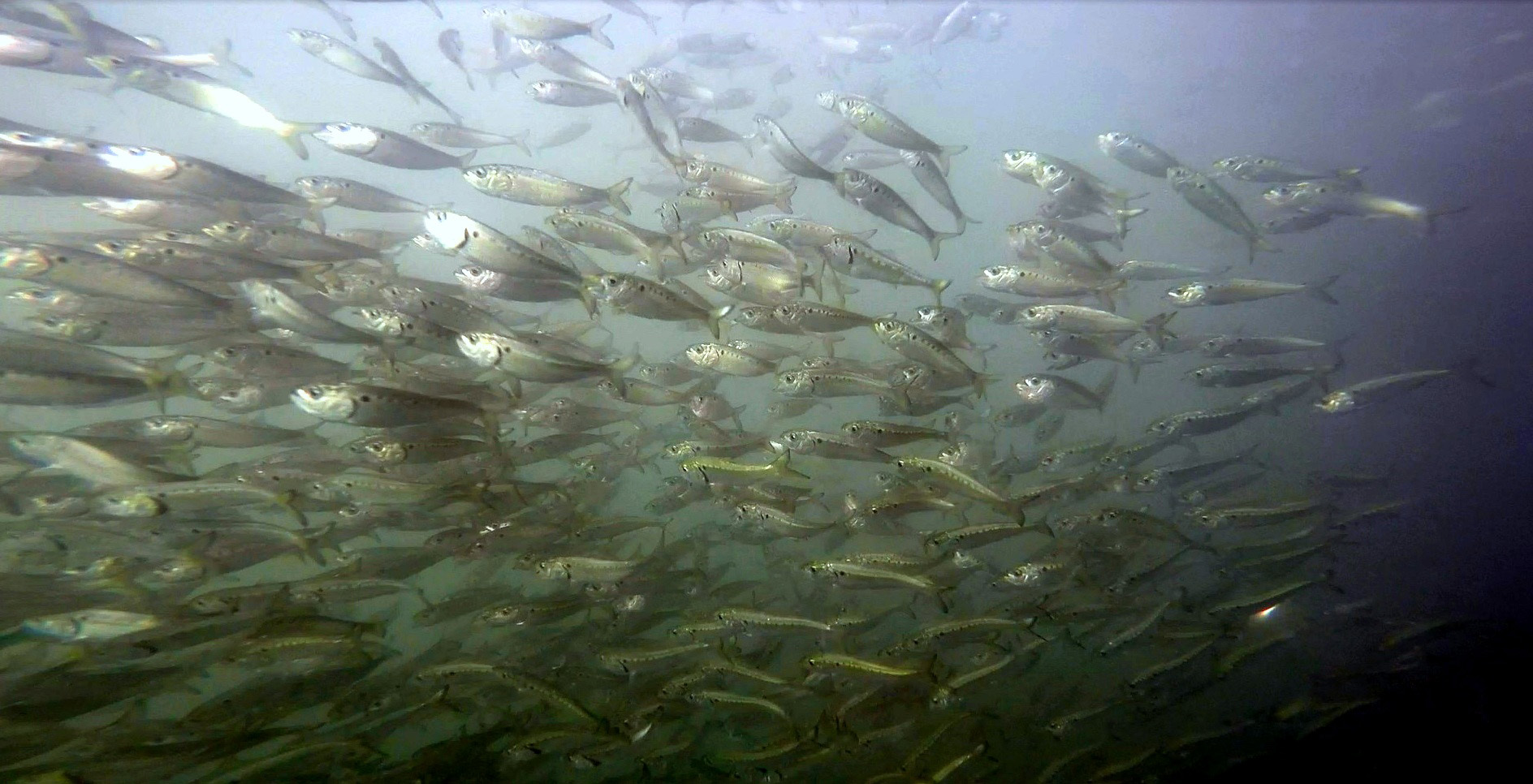 Currently Virginia is out of compliance with the Atlantic States Marine Fisheries Commission regulations concerning Menhaden limits in Chesapeake Bay.  However, instead of forcing a confrontation, ASMFC decided to table the issue for a year, during which time a solution may emerge.

At issue is Menhaden limits voted on by ASMFC.  Normally these are then ratified by state managers and implemented through the member states.  But in this case, Virginia’s Menhaden harvests are set by the state legislature, which refused to take up the ASMFC recommendation after fierce lobbying by Omega Protein, which has a plant in Virginia and is the largest US commercial user of menhaden.

ASMFS cut the limits in Chesapeake Bay from 87,216 tons to 51,000 metric tons, largely due to pressure from advocates claiming menhaden are important forage fish, and under current fishing there is localized depletion.

The commission has been divided.  The reason is that if they rule Virginia is not in compliance, they submit a recommendation to the Dept. of Commerce.  Last year, for the first time in their history, the Dept of Commerce refused to follow ASMFC’s recommendations on fluke, and allowed New Jersey to keep its old catch limits.  Some commissioners feel the commerce dept. would not support their action against Virginia.

At the August meeting, Chip Lynch, an attorney with NMFS, said that the law requires NMFS to focus on compliance when there is evidence of jeopardy to the stock.  But ASMFC’s own data show that menhaden is not overfished, and not subject to overfishing.

“This would be the first time ever,” Lynch said, “that the federal government would receive a noncompliance referral for a fishery that is not overfished, [and where] overfishing is not occurring.”

Environmental groups were not happy with the delay.  But NY commissioner Jim Gilmore said that the situation represented only a technical violation, as Omega Protein’s harvests appear to be within the commission approved limit of 51,000 tons this year.