Unfamiliar with something called recoil, Saddle Brook's Gordon Shuntmeyer relied fully on the store clerk's guarantee this was the best small-game shotgun money could buy. Speed limits have been lowered on LBI. Slow down. You don't want to see this in your rear-view mirror -- or in any mirror for that matter.

I’m seeing some spurts of much sought-after eater bluefish. Where they’re spurting, takes have reached a dozen fish. That many makes a major load of dried/smoked bluefish bits. The problem is you can’t just run to any piece of bay or ocean water and fill the bucket, as it used to be.

I’m going bluefish hunting after work tonight, trying some after-dark bayside spots where I used to score eater blues back when. At night, plastic work better than poppers or shallow divers. Sure, the plastics get ripped after a couple hits but I have my bulging bag of “bluefish plastics,” weighing pounds. Those are raunchy plastics that have typically discolored or even melted a bit. I’ve had tackle boxes all but ruins from plastic tail/worm that melt downs within. Of course, blues don’t care what a plastic looks like, as long as it has some seductive sway. Once that sway is bitten off, even if much of the plastic remains on the jig, blues lose all interest. It seems to be one of the few times they’re highly picky – that and when they’ve bitten just the tails off rigged mullet.

I know I’m going to jinx things but we seem to be nearing a lengthy stint of light to null winds. I’ll doubly jinx it by noting that the entire upcoming weekend – beginning Friday, as is now the common case – will barely get much above mildly breezy. Staying on a jinx-it roll, we could see one of the best boat and surf fishing pushes of the entire spring, based on the current availability of bass, blues and black drum. It might also be ripe for plugging, should the water warm even a tad. Jigging should shine. Don’t forget the potential for wreck fishing and nearshore sharking.

Late surfcasting report: "Had nothing for most of the day then a run of smaller blues one after another. Will drop off fillets. Message me ..."

You'll be getting some of the final jerky-like jerked product. It's a combination of jerk spices and placement in a veggie dehydrator. If dried just right, it come out amazing; just an hour too long and it comes out dry and stringy, going from delicious to barely so-so.

My final product is just like jerky, tears juts like it. However, it's not technically jerky, which entails a whole other grinding and extrusion process. Here's a look at jerked salmon.

Note: Dried bluefish flavor -- and even how it dries -- comes down to ingredients ... including some light sesame oil to hold ingredient on. To get a smoked taste, top-grade organic liquid smoke does the trick 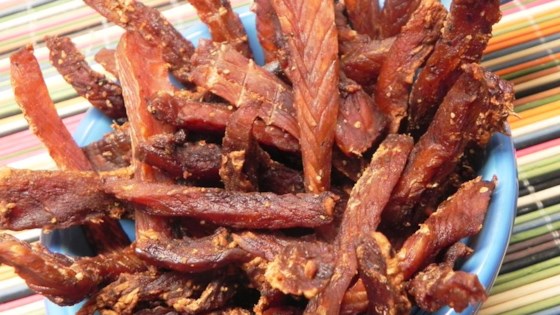 The notion of an Island-wide beach badge has been bandied about -- almost steadily -- for over 30 years. As logical as the one-badge-fits-all notion seems -- and as brilliant as minds have gotten -- the math behind divvying up profits is apparently beyond Einsteinesque.

Gettin' closer, literally hours to go! Got a sea bass boat picked out yet?

There’s no single unified route made for cycles that spans the continent. That may soon change: On Wednesday, the Rails-to-Trails Conservancy gave the grand reveal for an entirely car-free way to get across the country—the Great American Rail-Trail—that would connect Washington, D.C., to Seattle. The path runs through 12 states: Maryland, Pennsylvania, West Virginia, Ohio, Indiana, Illinois, Iowa, Nebraska, Wyoming, Montana, Idaho, and Washington.


The launch event kicked off at Capitol Hill in D.C., near where the Capital Crescent Trail begins the cross-country route, as part of a live-streamed broadcast of events at stops along the way, including Columbus, Ohio; Three Forks, Montana; and South Cle Elum, Washington.