Below: Actual ice igloo house.. look closely at what will all melt away ... Such is ice life. Tuesday, January 19, 2016: Yet another day where my entrapment indoors didn’t make it feel as cold outside – until I stepped out. For folks forced to hang outdoors, it was bitter, especially when factoring in howling west winds, pushing 25-dgree air temps. Wind chills are very real things. They can even be seen as having a life of their own, as they seek out any little piece of exposed skin. I’m sticking with my rain-event forecast for the weekend, though I now also see the pre-strom and after-effect “backlash” snows – when winds swing out of the north and west, turning rain to snow – as being increasingly problematic, especially on the mainland. Per many a storm, it all comes down to timing – and that famed and fully unpredictable intensification of a storm over the ocean. The winds will be a factor, though a typical 50 mph gale/gust factor. Those winds won't by hanging around long enough to cause major-grade flooding. There will be the usual, highly-aggravating moderate flooding, Saturday. However, the blowout tides preceding this storm will help ameliorate the arriving flooding. Then, honking west winds by Sunday will blow the flooding out to sea. This will be another wham-bam storm, wind-wise.

Currently, there is still ice out and about. These are the conditions when I (again) advise folks to never walk with your hands in your pockets. Going down on ice with hands entrapped within clothing leaves the body open to unbridled high-impacts, caused by the lack of arms or hands to buffer the fall. By the by, brain injury folks are more than willing to offer the same advice. Maybe they can drill it into your head. 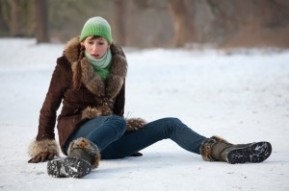 The beaches are relatively free of snow but sand crust freezing is in full swing. Buggy at own risk. I see where some numbnuts went figure-8ing near a Ship Bottom ramp. Fortunately, said numbnuts didn’t stay on the beach long, maybe a 16 worth of 8s, all deep.

There are a load of fishing flea markets coming up. I try to keep track of them – and place notifications in here. However, if you have an event I’ve missed, send it to me Facebook or jmann99@hotmail.com) so I can publicize it. I cover just about anywhere anglers may wander.

If events are local enough, please also send info to calendar@thesandpaper.net. The SandPaper covers (roughly) New Gretna to the south; Forked River to the north; LBI to the east and Warren Grove to the west. We also cover Stockton College and OCC happenings. High schools include Pinelands (PRHS), Southern (SRHS) and Barnegat (BHS).

TRENTON — Attention, New Jersey's kids and teenagers: You can now legally offer to shovel your neighbor's driveway when a snowstorm is set to hit.

And it comes just in time, with a massive storm predicted to wallop the Garden State this weekend.

Gov. Chris Christie signed a bill into law Tuesday that would block towns from preventing residents in New Jersey from offering their shoveling services within 24 hours of an impending storm.

The legislation (S2741/A4213) was sparked by the story of a pair of Bridgewater-Raritan Regional High School seniors who were stopped by Bound Brook police last January when they tried to go door-to-door before a predicted snowstorm to ask residents if they needed their driveways cleared. Police reportedly warned the teenagers — Matt Molinari and Eric Schnepf — that they might be violating the Somerset County borough's regulation ordinance by passing out fliers advertising their shoveling services.

Authorities said they were more concerned about the teens' safety than whether they were operating without a license.

Still, that caught the attention of lawmakers like state Sen. Michael Doherty (R-Warren), who sponsored the legislation.

"Kids who should be learning the value of entrepreneurship and hard work are instead being taught the frustration of dealing with mindless government bureaucracy," Doherty told NJ Advance Media last year. "Our laws should recognize the difference between a professional business and kids trying to earn a few bucks on a day off of school."

The state Senate passed the bill 34-0 last May, and the state Assembly followed suit with a 72-1 vote last week.

"Many people have come to rely on their neighbors to shovel their walkway or driveway after a bad snow storm," Assemblywoman Valerie Vainieri Huttle (D-Bergen), another co-sponsor, said last week. "Entrepreneurial individuals offering to shovel snow should not have to worry about breaking the law simply by promoting their services before the storm hits."

YOU WIN … PULL OVER: I need to come sort of deal with chronic left-lane drivers -- the ones who couldn’t care less about no stinkin’ law stating “Drive Right -- Pass Left.” You’re sure that doesn’t apply to you – or even the Boulevard on LBI for that matter.

I realize you have a speed limit worth of excuses for holding pat in the left lane – always. Well, guess what? You win. I don’t even care what your excuse you have it tow. I’m surrendering. That’s my white flag waving in the right lane.

The left lane is hereby all yours. I absolve you of any wrongdoing by driving there upon. All I ask in return is just a touch of momentary appreciation when I’m coming up behind you.

I know it touches a nerve when somebody dares to want to use your lane to legally pass … you. But, as a tit-for-tat trade-off -- for my willingness to accept your unbridled ownership of the left lane – all I ask is you oh so temporarily pull into the right lane when I come up behind you. Please note the “temporarily” part. I promise that as soon as I’m past, you can scurry back into your left lane kingdom.

I hear you asking why I don’t simply shut-up and pass on the right, like all those other “jackasses” using the right lane to get by. Well, I have this thing about trying not to break the law when driving. Since you’re seemingly not big on obeying the likes of the drive right/pass left law, you might not be familiar with a law that states it’s illegal to pass on the right. Not that you have to worry about it, seeing you’re perpetually in the left lane. But, for your sake, those of us trying to get past you need to deeply consider the ramifications of passing right.

Oh, I’m sure more than a few of you lefties know about the illegality of passing right. While being forced to pass you illegally, I’ve glanced over to see you all but eye-screaming, “You realize it’s illegal to pass on the right, don’t you!? Where’s a cop when you need one?” (I was thinking the where’s-a-cop thing myself, knowing how quickly you’ll get right.) Speaking of violations, I’ll make a strong case that your knowingly forcing other drivers to pass on the right constitutes a form of aggressive driving. That’s a hefty fine – and points.

Therefore, it behoove you to accept my capitulation -- my acceptance of your self-ordained right to drive left. All I ask for my giving in is you merely momentarily move into the right lane to allow safe passage of faster moving vehicles.

Since we’re now on the same brotherly-love page, please don’t take offence if I use familiar horn signals to alert you to my approach – and readiness to legally pass. 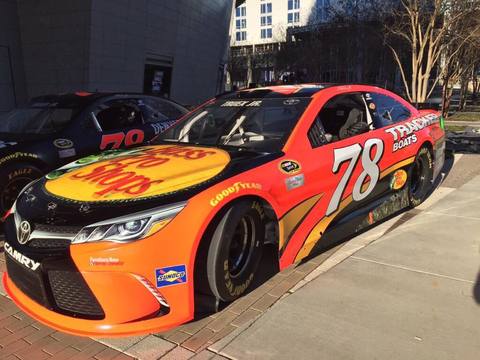 Major Northeaster this Saturday might be the end of our Winter inshore fishery. 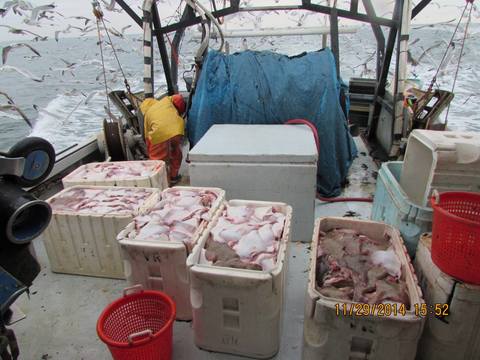 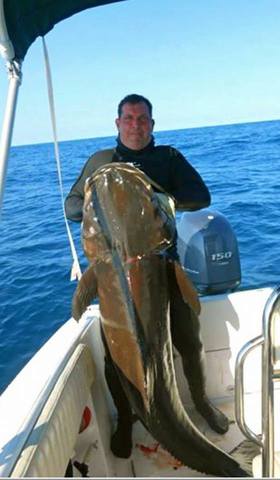 The isobars are gonna line up with the full moon and take out Holgate and make Great Lakes' work mute. Possible.