Tuesday, February 14, 2017: As the days get microscopically longer ... and a purple-haired grandma tree-dweller protests ...

To save time and money, the school district opted for a cheaper drop-off procedure for bussing students...

When the weather gives you lemons ...

Tuesday, February 14, 2017: As the days get microscopically longer, I’m on to some new mainland digging sites. My thinking is simple: not much on the surf fishing front. Then I hear about schoolies already being taken in the suds, mainly to our north. However, surf temps up into the low 40s on LBI could be enough to coax in some nearshore stripers, though all will be well below 28 inches ... but still. We're talking about getting back to fishing. Hey, pushing the season is a penchant of mine, though the Daytona 500 is just a couple weeks away.

The schoolies being caught are going for plastic shad tails, mainly in white. That’s a common artificial for cooler water. They swim slow to begin with and can by down-retrieved to hug the bottom.

Coldwater pickups can often be more solid than in warmer conditions, when fish have the speed and energy to swipe at something they’re not overly sure about. A slow-moving shad tail swaying in cold water invites a somewhat lazy chomp down, ideal for setting the hook. 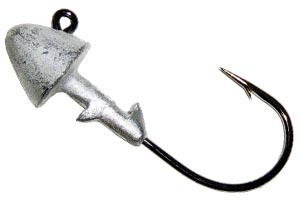 I should also note that, per a couple reports on those north Ocean County stripers, they were also going for slow-retrieve surface lures.

Obviously, we’re in a different world along the LBI surf line. However, early bass in the surf can manifest as active bass bite atop the shallows inside Barnegat Inlet. While The Dike can occasionally see some of that early-season action, the best bet is just around the bend; the shallows north of the east end of Double Creek channel. The water warms very quickly there on sunny days, much to the liking of bass.

A tad less dramatic is an (occasional) similar showing of late-winter/early-summer in the south part of the bay, around 113 marker. I overly repeatedly talk about my kayak days when I would paddle the shallows east of Little Sheepshead sedge and creek during ice out, with chunks of bay ice still flowing about. I’d get onto those flats and the bass hanging out there would spook. I could easily see them tearing east off the flats, their V-shape wakes moving toward the deeper water of the channel. I have to admit that I never nabbed them on the shallows but did have luck jigging them in a deep hole that used to be around 113. That zone is nowhere as good as inside Barnegat Inlet, where the catching can get downright hectic. Ask Victor and the boys. 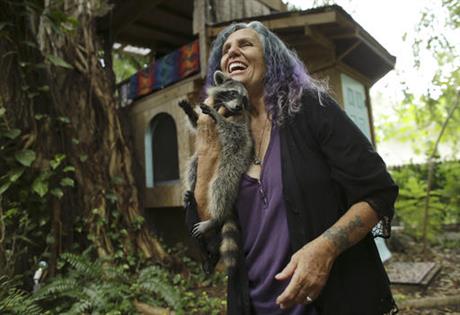 I had just watched another episode of Animal Planet’s high-flying “Treehouse Masters” series when I read about a ruckus in Miami where a media-dubbed “hippie grandmother” was being put upon by city for living in a treehouse … since 1992.

Shawnee Chasser, 65, is a bona red-white-and-blue-blooded hippie, having vociferously protested the Vietnam War, then stood up, bralessly, for women’s rights back in the day. Her long hair, a mix of protest purple on the ends and silver grey toward the roots, offers flashback look to the grooviest days of the Sixties. She can often be found holding a highly-content pet raccoon in her arms. She makes money by selling organic popcorn.

In 1992, wanting to retire from tumult of social issues, Shawnee took to a treehouse life, utilizing a tree upon her own property.

Oh, life within is hardly Tarzenesque. Her arboreal abode is well-appointed, with plumbing, electricity, and two stories of modest living space, replete with many other controlled-environment comforts.

What’s more, her treehouse is more adjacent to a tree – hugging the side of it – than balanced within its branches. To most who see it, the oddish domicile is far from unsightly, having been carefully and caringly designed by her late son, as architect. In fact, Shawnee’s Place is up there with some of the upper-end creations of TV treehouse masters.

Nonetheless, the masters of Miami – the keepers of a $7 billion government -- are telling her to come back to earth with her lifestyle. They’re citing safety and sanitation laws, which convolutedly dictate that, even though she’s on her own property, there are well-grounded municipal standards that must be met. In simple terms, Miami is saying, “Shawnee, tear down this treehouse.”

But hell has no fury like both a woman and a hippie concurrently scorned. Her response to the man is a throwback, “Hell-no … I won’t go!” “I’m not taking down anything,” Chasser vowed during an interview. “I’ll chain myself to that tree house.”

And just like that, the whole world is watching. The treehouse hippie’s plight has made the evening news around the world, stirring thought-extinguished embers of olden day civil protest.

“Shawnee’s treehouse is a peaceful, harmless structure that hurts nobody,” Ari Bargil, who works for the nonprofit Institute for Justice law firm that advocates for private property rights and is looking into Chasser’s case, told the AP. “The county’s only concern should be whether her treehouse is safe. Instead, they are imposing an ill-fitting regulatory framework on her, and thus essentially fining her for being different.”

Christian Science Monitor’s Amanda Hoover writes, “The battle between the woman and local officials is one of free will against local regulations that dictate how community members can use their privately-owned property. Inspectors say the treehouse’s structure doesn’t constitute safe or legal living conditions, while others argue that individuals should be able to live in unconventional homes that don’t affect others in the neighborhood if they so choose.

This tale of good old protest is sorta heading up my alley. While I’m not the treehouse type, my olden LBI house is one of the last leaners on the block; a ground-level simple-plex amid a growing forest of towering, overfertilized, multistory, paid-by-Sandy manors. Can it be long before I need to dye my hair purple and commence with the “Hell, no, I won’t go … unless, of course, my upscale neighbors all get together and offer me an insanely pretty penny to make like a tree and disappear. ” Here's a set of needles that I'll be throwing this year!! All wood no plastic this is the year I get a 40 on a wood plug. Got me Jagets Jay Haneckecks , Habbs, Bms,
Dave Anderson. Think I'm set 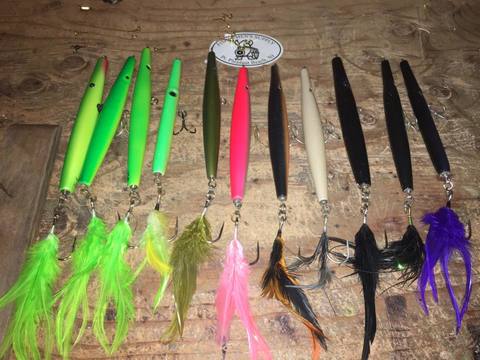 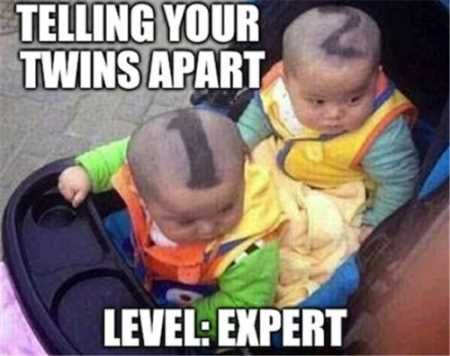 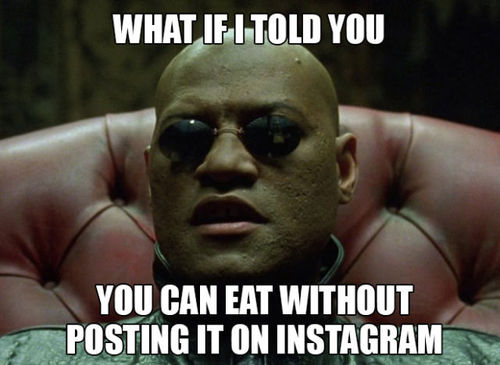