Sorry, no time for photos today ... and ignore any (many) typos below.

Tuesday, December 29, 2015: My side yard is again awash in water. We might just be seeing the to-be-expected wetness from an El Nino winter. It was also in the low 60s on the mainland, where I went, post-rain, to do some deep woods time. I know it’s been hackneyed to death but there’s nothing like a dripping damp woods to offer the sinuses an apology for all those chemical odors that now invade our daily lives.

I stayed planted in the woods until dark and, eerily, there wasn’t so much as a peep or rustle of wildlife. I was actually waiting on a re-show of those confused spring peeper frogs I heard over the weekend. Instead, it was dead-of-winter quiet, almost like after a snowstorm. I’m betting the barometric pressure change and temperature drop associated with the now-passed storm presented all the natural earmarks of a nasty winter storm. Creatures sniffed it out, hunkered down and awaited an express change to winter. Wrong again, guys. As noted, I recorded a 63-dgree reading in the woods today.

The rest of this week will hold above-average. Next week could be a slightly different story. Currently, there is a likelihood of a return to near-normal -- to only slightly above-normal -- air temps.

At the very same time, I see no huge plunge of cold air, typical of wintertime – be it a climate-change winter or just your good everyday winter. That leaves us open for a quick intrusion of what has become an oddly common southerly air flow. This winter more than any I’ve ever sky-watched upon, is impossible to predict any further than a week ahead, at most. It is both unprecedented and precedent-setting.

Wondering how December looked in real-temp time? The following calendar-of-sorts showed how we started the month kinda normal then went fully crazy-mild.

I'm just mastering Skype. I've been communicating at an entry-level level. It's amazing. Buck Rogers was a prophet. It can't be far off before beaming aboard is commonplace.

Praises of Skype given, it didn't take me long to discover an equally wild and amazing type of space-intrusion related to going video-on-video with a Skype "contact."  It's so out there I don't expect folks to believe it, but just check it out.

I'll note here that I went on Skype via Facebook.

So, I'm chatting away -- at length, since the face-to-face thing is so new and astounding --  and eventually decide to simultaneously do a quick look-see in on Facebook, which is easy to do. Facebook takes over much of the screen while the contact is reduced to a smaller screen. Voice communication stays the same -- quite clear and crisp.

Now, I need to back up a second to the conversation prior to my going to Facebook. A very odd subject had come up regarding the placing of a black dot on the palm of the hand as a sign of spousal abuse. Yes, I'm serious. Check it out at http://www.goodtoknow.co.uk/wellbeing/543846/the-black-dot-campaign....

Anyway, I was hearing about it for the fist time, as a possible story idea for the paper. Duly noted. Then I got into my effort to shed a few (as in a dozen) pounds by dieting. That conversation was punctuated by a mention of ginseng as a tea additive to spice up workouts.

Well, check this out. While I'm simultaneously doing my Skyping and Facebook surfing, I'm totally stunned to see a FB news blurb on "Black spot on palm of hand." What a frickin' coincidence, I'm thinkin'. But, then, up pops a "You might also be interested" Facebook blurb on dieting ... for men, much less! But it's not over. Up pops an ad from a mail-order organic food company I use. And guess what it's trying to sell me? You got it. Ginseng.

Now, think of the implications here. I was in what might be called a full verbal mode, ever though I was also face-to-face through the magic of Skype. No, there was nobody listening in, per se. I'm betting it's the newly-perfected voice recognition software. Coincidence? Wall Street Journal headline:

Many people cringe at the sight of an eel, but did you know that they serve a vital role in a variety of marine ecosystems? A creature with a complex history and a fascinating migration instinct, the American Eel truly is an astonishing species. 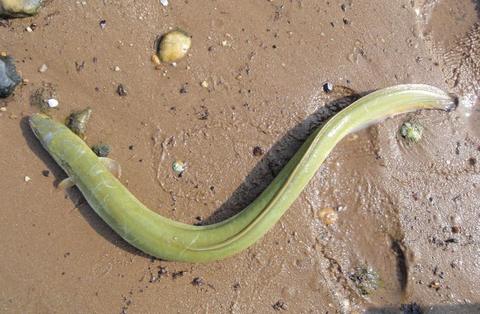 MIAMI—The 2016 Sea Secrets lecture series, presented by the University of Miami (UM) Rosenstiel School of Marine and Atmospheric Science and The Ocean Research and Education Foundation, invites the South Florida community to meet distinguished scientists and explorers to learn more about our blue planet – from unraveling the mysteries of hurricanes and climate change to understanding how killer whales think and feel, and so much more.

Sea Secrets will kick off on Thursday, Jan. 21 with a lecture by Bryan Norcross, senior hurricane specialist at The Weather Channel and the channel’s anchor of national coverage of hurricanes and typhoons. Norcross became nationally known after he “talked South Florida through” Hurricane Andrew in 1992.

The lectures, which run through April 14, are free and open to the public and designed to provide insight and information about our planet to a non-scientific audience. Programs take place in the Rosenstiel School auditorium, 4600 Rickenbacker Causeway, Virginia Key, beginning with a reception at 5:30 p.m., followed by a lecture at 6:00 p.m. Seating is limited and RSVP is requested. Members of the public can RSVP by contacting Carla Lovinsky at: clovinsky@rsmas.miami.edu or 305-421-4061.

Thursday, January 21, 2016 – THE HURRICANE PROBLEM: SUCCESSES AND NOT SO MUCH

Topic: The last time a Category 3 hurricane made landfall in the U.S. there were no smartphones and Facebook was only open to students. Twitter didn’t exist. And according to Moore’s law, computing power was less than a 200th of what it is today. Today’s faster computers have dramatically improved hurricane track forecasts, and we have an unprecedented ability to reach people wherever they are and whenever they want information. But there’s a question whether these advancements have helped or hindered our response to hurricanes. This talk will examine the counteracting forces at work.

Monday, February 8, 2016  – BEYOND WORDS: HOW ELEPHANTS, WOLVES, AND KILLER WHALES THINK AND FEEL

Carl Safina, Founder and President of The Safina Center

Topic: Carl Safina spent time working with researchers who’ve spent decades studying particular families of wild elephants, wolves, and killer whales. He got to know these free-living creatures as individuals, along with their children and grandchildren. In this talk he tells us of amazing strategies and judgment calls these actual wild creatures have made to ensure their families’ survival in times of crisis. Safina will explore similarities in our consciousness, self-awareness, empathy, non-verbal communication, imitation, teaching, and a surprising capacity for grief widespread among elephants, wolves, whales, and even certain birds. The main thing that Safina will show is that animals think and feel a lot like people do— because after all, people are animals. He’ll show that their lives and their minds aren’t really too different from ours. They know who their friends are. They know who their enemies are. They have ambitions for status, and their lives follow the arc of a career. Relationships define them, as relationships define us.

Topic: Earth’s oceans are absorbing the majority of the CO2 and heat from climate warming. The resulting acidification and warming of the oceans are changing ocean physics, chemistry, and ecosystems in ways that impact the ecosystem services that oceans provide to humans. Risk from rising seas and storms are increasing. Society has several choices in response to climate change: mitigation, adaptation, and intervention. While each of these approaches has its own advantages in terms of costs and effectiveness, they very much differ in terms of their ability to address ocean impacts.

Thursday, April 14, 2016 – CLIMATE CHANGE: THE HAND THAT ROCKED THE CIVILIZATIONS!

Arash Sharifi, Ph.D. candidate of marine geology and geophysics at ...

Topic: Archaeological and historical records from around the world have    documented rise and fall of human societies and early civilizations across the  Mesopotamia, Eastern Mediterranean, China and South America.  However the main drivers of the collapse of the great civilization such as Persian Empires, Mayans Civilization and Chinese dynasties remains a matter of debate. Since all of these civilizations directly relied on the natural water resources such as lakes, ponds and underground reservoirs, it would be logical to think that any changes to the availability of resources may have directly impacted the state of these societies. During the hour we will spend together, we will start by talking about how scientists reconstruct climate conditions of the past (paleoclimate) by introducing the tools of the trade and different climate archives. Then we present the results of different research projects conducted at the Rosenstiel School to show how the findings tie the climate variability to the rise and demise of civilizations.