Tuesday, December 25, 2018: The Atlantic Ocean, LBI Division, gets no flatter than it is today. When surfing, I dubbed it Lake Atlantic. Such fully laid-down conditions have become a total rarity in recent wild-weather years.

Not that there’s a whole bunch to do out there, fishing-wise. A few folks are trying, though. I’m hearing of real small, one-hander bass taking bloodworms. Water is in the upper to middle 40s. Bass will bite in water even colder than that. I know this from winters of nabbing stripers while ice fishing at Collins Cove. While everyone else down there fished with grass shrimp or minnies, I’d jump small leadheads (jigs) with plastic tails, or even a bare Hopkins. I didn’t get many fish, but I often took the only bass caught in the cove. I don’t even want to think in such hard-frozen terms. Hard-water fishing is for the Great Lake, where fresh caught winter walleyes are highly tasty.

I never developed a taste for fresh pike, though I go for them pickled. 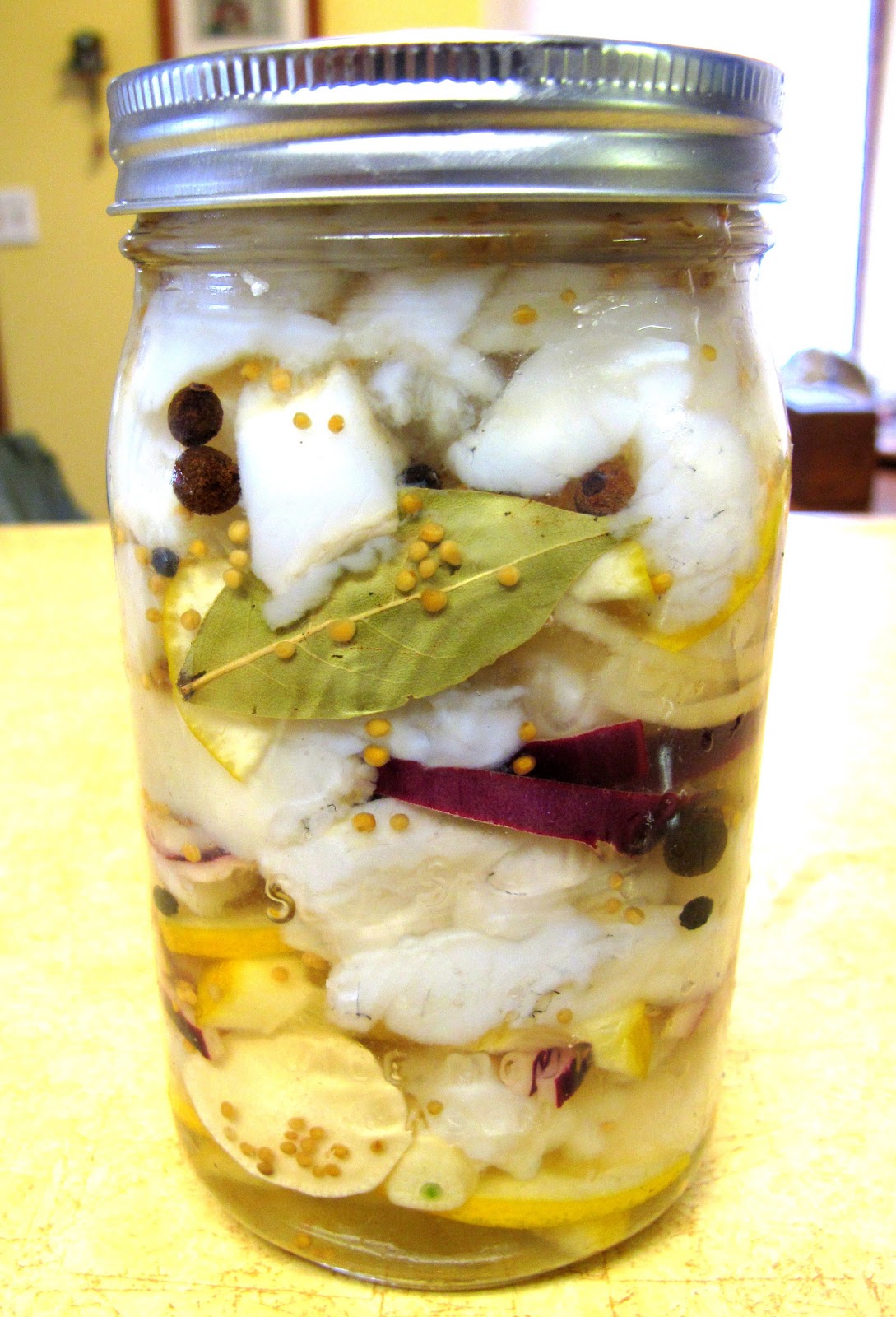 DYK: Back in the way-distant Pinelands day, our chain pickerel were also commonly pickled. I tried a recent version of it. So-so. Recipe at the bottom of this blog.

TERMINAL THINKING: I’m out of the for/against game when it comes to most beachline projects, be it replenishments or terminal groin building.

To those folks opposed to such suspected-useless projects, feel free to scream to high heavens. Then rush out and stump your brains out in hopes of stopping said projects in their tracks. It’s your right to protest – unless protest of any sort has recently been line-item vetoed.

For those fully behind doing tons of things to keep the beaches in place regardless of costs, you’re seemingly in the driver’s seat. However, you could be put through the windshield with just a couple jarring strokes of a Congressional pen.

If the current administration is showing us anything, it’s D.C.’s striking ability to slam the brakes on even solemn promises. In our case, I’m referring to the federal-grade promise that the beaches of LBI will be repeatedly replenished for half a century to come. Should a president sporting a screw-my-predecessors mentality feel inclined to dissolve such long-term promises, it’s Katy bar the beach sand. 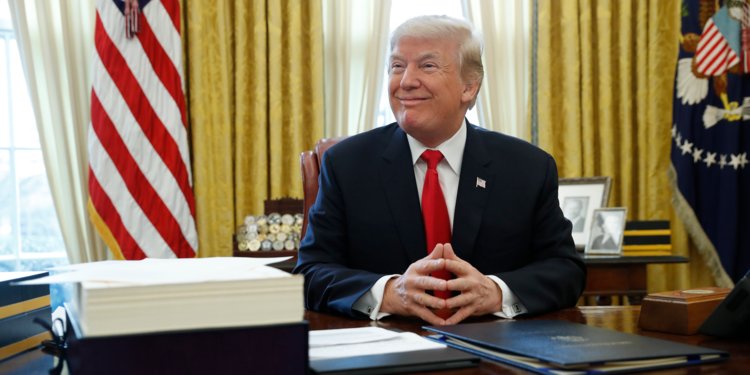 I’ve been told by many a federal politico that, despite that long-term quasi guarantee of replen monies, allocation must essentially be renewed annually, via NJ politicos fighting for it. That hadn’t been a problem when we had powerful NJ reps in DC offices, most notably a hero of mine, former Congressman Jim Saxton. Should less-powerful reps be at the reigns … there’s no short-term guessing at what might happen, much less predicting the life expectancy of long-term promises.

For me, and this column, I’ll be reporting beach things as they arrive, sans sway – and with some serious science, where applicable. Along those lines, I’m objectively looking into the about-to-begin steel sheet piling terminal groin in Holgate. Talk about having questions building up. 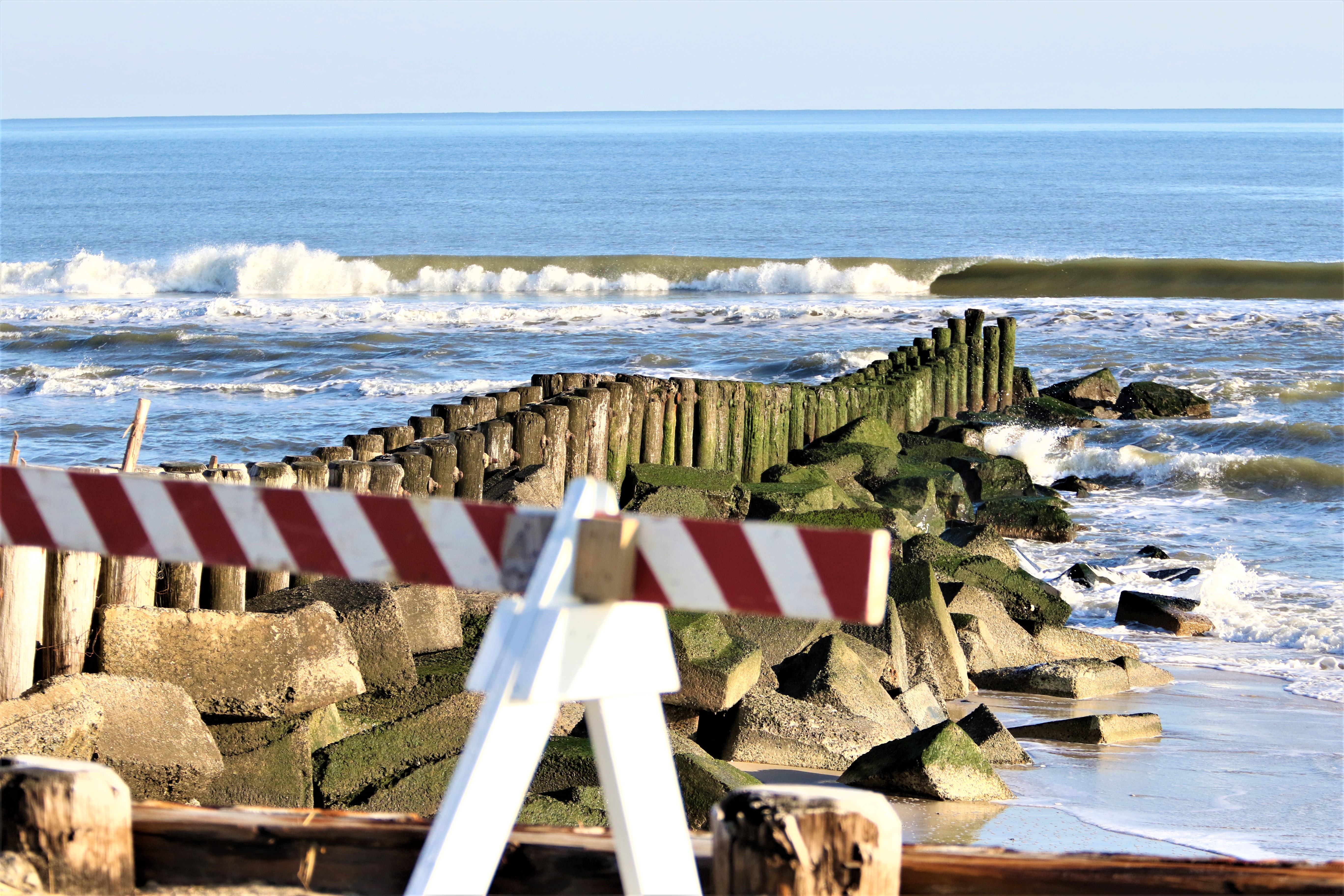 Will the newly driven groin prevent sand from flowing too quickly southward, a migration direction nature pretty much prefers? Sure, why not. However, that brings us to an overriding question regarding any such sand tweaking: Are we proverbially stealing from Peter to pay Paul?

Assume Peter is the sand earmarked to nourish the beaches south of the terminal groin site. Stealing it away might make Paul happy but as to Peter … You get the drift.

How acutely such a sand theft impacts the beachline to the south of a terminal groin will be monitored very closely -- as will Paul’s sand gains to the north, supplemented at first from a beach replenish from Roosevelt Avenue southward.

Of major concern is the nearby Holgate Refuge, which is already in wild sand flux due to an erosion that has left nothing but beach sand between the ocean and bay. In fact, if plover nesting digs become jeopardized by a new-look erosion from the terminal groin, the refuge could step in to de-groin things based on any number of overriding acts, highlighted by the Endangered Species Act and backed by the Wilderness Act.

Thinking less confrontational, there will still be some sand transport/migration around and over the most easterly portion of the terminal groin. Enough to satiate Refuge beaches on the leeward side? Ideally, yes. And we all live happily ever after.

For some nagging reason, I’m not overly banking on a perfect balance being achieved on the first terminal groin try. Neither are experts, who are sitting on follow-up actions should the groin grow problematic, erosionally-speaking. Most obvious is the possibility of notching the terminal groin by strategically removing some of its backbone-ish steel sheets. In fact, it could all come down to a massive beach-sand balancing game. I’ll even volunteer to watch the needle on the beach balance beam. “OK, give me a couple thousand cubic yards of sand to the south, please. … OK, a touch more … steady … ” HOLGATE HAPPENINGS: Some numbnuts went donut crazy down on the Holgate Refuge beach. This guy was putting down baker’s dozens, in a tight pattern. Once done one series of 360s, he’d then head south down the beach to fresh sand and repeat his beach-chewing nonsense. The driver even went crazy doing tight circles on the sand around the back cut.

I think I got a glimpse at the violating vehicle, though it’s purely circumstantial evidence. Just as I was starting to head south on the beach, a dark blue, medium-sized pickup truck was heading off. I had suspicions of wrongdoing when neither the girl on the passenger side nor the young male driver so much as glanced my way. They were offering that dead-ahead-look of insidious guilt.

Adding to that head-posture evidence, I soon came across the first of large tire-torn sand circles -- right after they had been done. The exposed sand was fresh, so to speak.

I’ll be the first to admit those tracks, as deep as they were carved, will be gone with the next wind and storm. The pisser is prior to that, when other buggyists, me for a fine example, have to drive over those gouged donut ruts. The bumping is enough to shear off lugnuts – or send my cameras flying off the passenger side seat.

Oh, well, such is Holgate life, though I hate having something like that kinda bug me when going down there just for a slow and highly-relaxing drive. I get over it.

Would I have reported the circle-crazed driver had I come across him in mid-craziness? Likely not -- unless he got cheeky as I told him to please knock it the hell off. Any such sass at that point would have had him greeted by cops at either at the parking lot or not that far down the Boulevard. Not a chance in the world of his having a permit.

Such scenarios are why I always keep dashcams humming. Denial flies out the truck window in the face of 1080 video proof of misdeeds caught in the act. 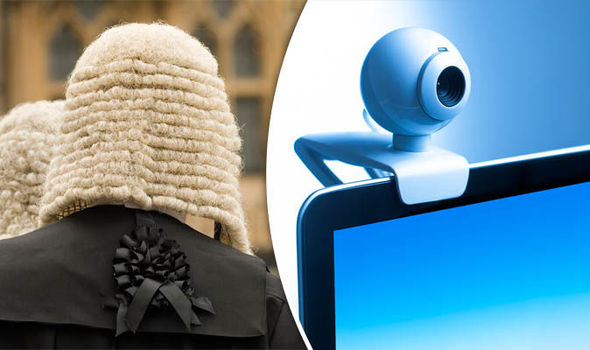 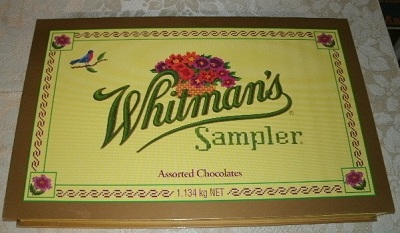 NO other holiday season is more flashbackesque than Christmas. Remembrances of Christmases past can hit me at odd times, like today, when I was doing last-second shopping … and began chuckling out loud in a crowded department store.
While other shoppers assumed I was simply on some secreted-away cellphone, I was openly chortling to and with myself over -- flashback alert -- a Whitman Sampler display.
Back in the distant day, such that Gumpian “box of chocolates” was an annual Christmas kind of thing in my house. It was also mighty costly, i.e. once a year was it for my dad.
An annual Christmas eve ritual revolved around each of us kids carefully picking out ONE (!) single piece from the dizzily inviting assortment of filled candies. At the time, there were no IDs on the top of the box to point out what type chocolates were located where. It was a crap shoot of fairly significant importance. For me, I looked on the happenstance choice as nothing less than an indication of how my entire coming year would go. OK, so I was a weird kid. Still, if I scored the box’s lone and profoundly coveted-by-all chocolate-covered cherry, the arriving year would be sweeeeeet. If, instead, I picked a piece containing that stinkin’ tooth-ruining caramel crap …
But today's flashback wasn’t over those exploratory reachings into a just-de-cellophaned box of Whitman’s. It was what might be called the seasonal aftermath befalling the box -- when not only family but undeserving “guests” had rooted through it. Maybe this only happened at my house, but when the Sampler had drained down to an unprecious few selections, what often remained were pieces – with bites taken out of them! I'm chuckling right now.
Oh, being a candyaholic even at such a tender age, I’d end up eating all those wounded-soldier reject pieces – caramel and all. Hell, I likely took on any number of assorted bacteria, toward which I would build up an immunity for long-term life survival. Now, just seeing a display of Whitman’s Samplers brings back memories of rustling through the accumulation of emptied paper wrappers still in the box, hoping there might be one unbitten piece hiding in the clutter. If not … “I just hope old man Granchard didn’t bite this.” 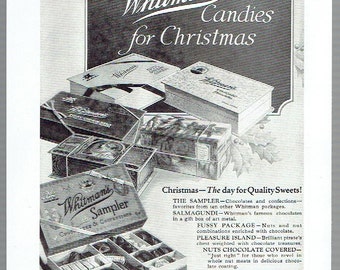 Since pickerel have a Y-bone and ours was too small to try to remove it, we chose a pickling recipe that would render the bones harmless. We selected a sucker recipe from our favorite fishing book "Fishing for Buffalo".

The recipe requires that the fish be cleaned and cut into bite-sized pieces.  The chunks are then placed in a dish and covered with white vinegar. To the vinegar, we added a healthy amount of salt - about three heaping tablespoons. This mixture needs to be stirred every day, for 5 days. We will switch out the vinegar every other day. Then we will rinse and cover the fish in cold water for 8 hours. While this setting, we will boil a mixture of 3/4 cups water, 3/4 cups dry white wine, 3/4 cups sugar, and 1 tablespoon of pickling spice. Once cooled, we will add thin raw onion rings and 1 1/3 cup of white vinegar.  This mixture will be poured over the drained fish and refrigerated for 48 hours.  Then it is ready for a cracker. Wish us luck!