Tuesday, December 08, 2015: Another perfect day with me so stuck inside

Below: Needs a new drone for Christmas ...

Tuesday, December 08, 2015: Another perfect day with me so stuck inside I could only see the beach while driving it into work. Yes, that sound sorta exotic but sometimes it’s better not to see what you’ll be missing, in this case bright sun and light offshore winds.

The minute I pulled on the beach in Ship Bottom, I could clearly see large bunker schools tailing up only 100 yards out. A lone surfcaster was chucking bait just north of the surface splashes … to no avail.

Sidebar: There is a technical difference between a school of baitfish and a “baitball” of baitfish.

When bunker are feeding comfortably, they loosen into a schooling formation. They spread out and filter feed near the surface, often tailing up. A “baitball” is strictly a defensive, tornadic formation. It is assumed, in unison, by bunker under attack. During a baitball swirl, the school is surely not feeding.

Below: More a bunker school than a baitball. 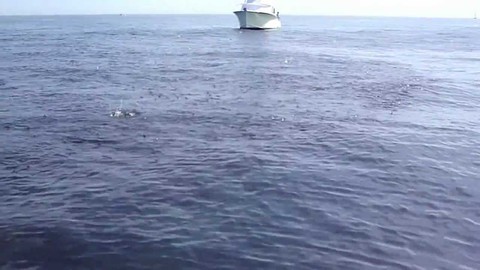 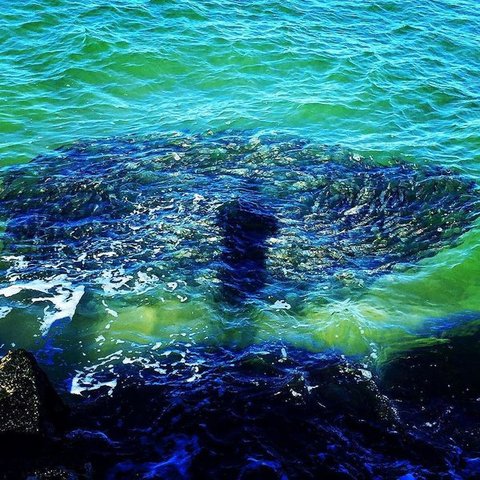 Even a diver can get a baitball rolling: 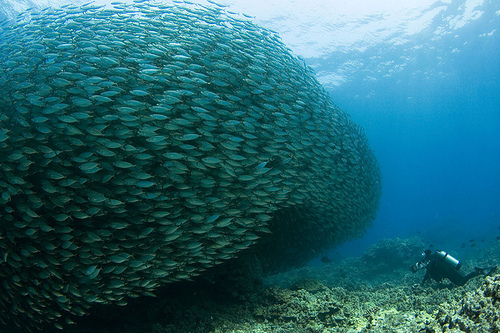 A baitball’s circling is meant to lessen a predator’s ability to single out a single member of the group. It also offers a dark and undulating mass appearance, meant to spook gamefish. That dark-mass thing just might work. Videos indicate gamefish are very reluctant to head-slam into a baitball. Instead, predators lurk near the mass, picking off weak, injured or spent bunker. At most, more aggressive game fish will try to clip a baitball to split off small units of bunker. I read a theory that gamefish fear blasting a baitball due to potential eye injury. Hey, lose an eye in the ocean and, at any size, you become the bait.

We’re officially into the shortest late-days of the year, i.e. today saw the latest sunset time we’ll be seeing. Obviously, not the shortest day, which occurs on Dec. 22 and 23.

Yes, I’m right with that data. From Dec. 3 through Dec. 12, the sun sets each evening at 4:34 p.m. That’s the earliest sunsets all year, making for the shortest afternoons, so to speak. The afternoon sunlight returns by a whole minute come Dec. 13, when it hangs around all the way to 4:35.

Hey, maybe you can win a bar bet with that info. See details at http://www.timeanddate.com/sun/usa/atlantic-city.

There's always a good reason why it's "the road less taken." Near Tuckerton Skip Deckman photo. 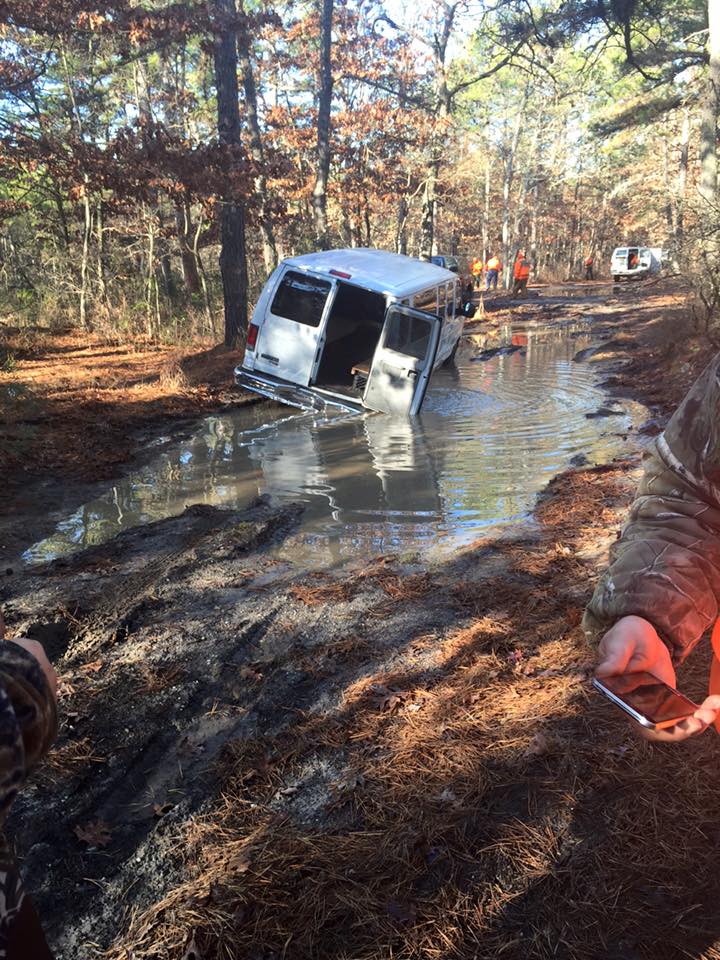 This video is amazing ... and you'll likely be like me where you start rooting for the flying fish, especially when the frigates appear from above.

I warned thouse kayakers to fish the bay only...apparently they started a petition to allow kayak fishing on the ocean side on sportfishing section of IBSP..I say NO!...TOO DANGEROUS. .

I had a two man charter yesterday (Mon) and the striper fishing was great. We broke the inlet around 7:30 AM, made the left, and ran as far as the Bathing Beach before we were into some good bird play and a small fleet of boats. Casting lures into frantic working birds produced no hits for almost 45 minutes. It looked fishy, it even sounded good as the birds were in full "squawk" but no bent rods, and only scant readings on the machine. I put out our two shorty trolling rods, they're only 5'6" and have 150 feet of wireline instead of the normal big sticks with 300 feet. I chose the smallest Maja spoon, a chartreuse #1 size and an umbrella rig for the other. The spoon hooked up immediately before I could even set the other rod out. It went like that for the next hour where whichever lure you let out first would have a fish on before you could get the other rod set. Of course we would rather be casting lures with the lighter spinning tackle but this was working.

I got a call on my cell from Brett Taylor from Reel Reaction charters. He said: "Head south back to the inlet....and hurry!" We reeled in and throttled up for Barnegat Light. As we got closer we saw stripers swirling on herring right outside the surfline.. All the surfcasters were hooked up. We threw Tsunami Shads and poppers for two hours on 24 to 28 inch fish.

The water temp is still 50/51 degrees, the long range forecasted air temps are ridiculous for December. We've been fishing in sweatshirts to start and sometimes t-shirts by late morning.

The marine weather continues to be kind with light velocity winds all the way thru the weekend.

I'm going blackfishing on a friend's boat tomorrow (Wed, Dec 9)) and will probably be out of cell range from 7AM to 1PM. Leave me a message and I will get back to you as soon as we are back in cell range.

Below, Photo 1 (http://stabmag.com): The man riding this wave, two-time world bodyboard champ Andre Botha, recently pulled off an insane rescue of an all-but-dead surfer at Pipeline. The surfer, world-class rider Evan Geiselman, had been held under by a series of waves. His submersion was made worse by a leash anchoring Evan to a tailed-under surfboard -- a scenario that has led to the deaths of other surfers in Hawaii and around the world.

Andre first saw Evan get clobbered by a wave he was riding and when he only saw the board pop up, no rider to be seen, he paddled over to the board and used the board’s leash to essentially reel him in. The entire time, walls of killer whitewater and accompanying currents were driving the two sideways down the beach.

At one point, Andre lost his grip on Evan and had to reel him in again.

Astoundingly, amid the pounding, the bodyboarder tried administering mouth-to-mouth resuscitation to the seemingly lifeless body of the surfer. Andre had lifeguard training. See Photos 2 (http://stabmag.com/).

Help arrived via one of the planet's most efficient and talented lifesaving crews, the Ehukai Beach division of Honolulu Emergency Services Department’s Ocean Safety & Lifeguard Services. The surfer was saved but just barely. Mainly, what a frickin rescue! 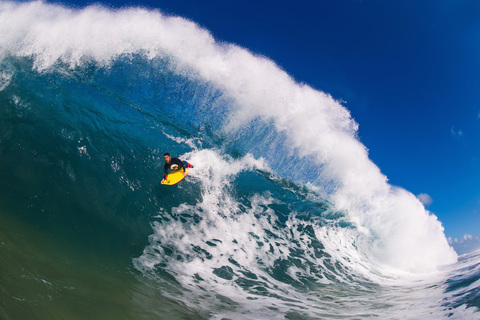 Gators in the sunset