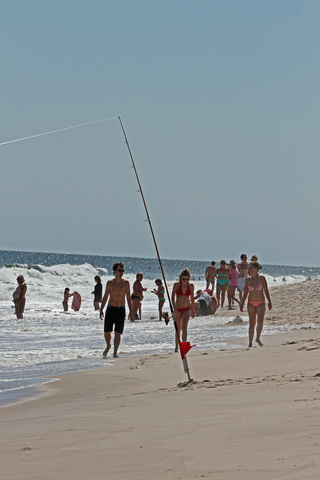 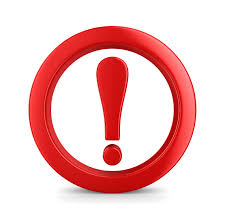 Regarding today’s bacteria alerts on LBI:

I'm pretty sure I have a grip on this bacteria thing … and it seems very bayside-oriented. That actually make sense, when factoring in the ongoing east winds, large swells and increasingly high bayside tides.

This is a tad gross, but our LBI sewers almost always hold standing water; and it can get mighty hot and gross down there, especially when there is no rain. A veritable stew of bacteria forms, often spiced with fecal coliform from the likes of bird droppings.

What is likely happening now: The water being forced into the bay by winds, waves and tides are backwashing into the standing, microbe-infested sewer system. The arriving higher-then-usual water first lifts up the bad stuff, then drains it into the bay when the tides drop. Those initial exchanges have to lead to some funky pollution readings in west bay areas, including those swum within.

It’s not a pretty – or necessarily safe – event. However, even god-awful pollution is often quickly diluted this way. Many bacteria die clean off. Then, subsequent tides carry on a cleansing process.

NO, that pollution could not make it seaward in recordable amounts.

Bucket list must: I had the pleasure of seeing these same plants, inside Haleakala Crater, Maui, in the late 1960s. They're doubly cosmic to see at sunrise -- with some snow sprinkled around like confectionery sugar. NOT BACKING DOWN: The report of fecal-polluted LBI ocean waters today was likely inaccurate -- and borderline irresponsible. If I had to offer a wild guess at mistakes made, testers may have unadvisedly targeted outgoing ponded water, created by recent beach overwash. Bird feces could easily have adulterated that standing water. HOWEVER, the instant that water drained into the heavily-churned ocean, any pollution would have been diluted clean out of existence. Our ocean is clean!

IFFY AS ALL GET-OUT: Those who read my blogs know I’m not big on being the bearer of bad-weather news in the summer. If I see a sunny option out there, I’ll ignore forecasters trending toward the gloomy route. But I have to admit not all is coming up roses on the forecast front.

The upcoming holiday weekend has had myself, not to mention for-real meteorologists, growing growingly cynical.

Days ago, I was among the few drawn to one of the outnumbered computer projections that had some seriously un-holidayish weather by mid-weekend. As I said, I seldom align with the dark side but in looking ahead, I had to draw on some anecdotal insights gleaned over the decades. All too often, this time of year, tropical activity to our south tends to worm its way northward, toward our apple.

The possible approach of ugly stuff for this weekend is coin-flip material. I see a 50/50 outlook for the weekend – with an emphasis on the bad 50. I’ll also glumly note that a couple days back I gave it only a 25 percent chance of our going nor’easter by the weekend. Yes, I just said the “nor’ word

Not that traditions need to be obeyed – or revisited, in this case – but many decades back, almost like clockwork, a nor’easter would grind in right on Labor Day weekend. Many folks have to recall that uncanny pattern.

Obviously, sky things will come a lot clearer in coming days – and even predictions of stormy skies won’t keep many/most folks away – but if we somehow pull out a sunny, sweet weekend, it’ll be by the skin of our teeth. And I’ll be the first to announce an all-clear if computer projections have missed the mark.

Tuesday, August 30, 2016: Phone has been ringing with wonderment over the current Barnegat Light beachfront overwash. At high tide, the south end of the borough’s beachline been so underwater it has left beachgoers sorta beachless – though far from speechless, as phone calls to me have indicated.

The unusually aggressive ocean overwash is likely/surely the result of the nearby Loveladies beach replenishment, which sticks out into the ocean, acting a bit like a dike. Arriving tropical swells are being diverted toward the beach. This same damming effect occurred in south Ship Bottom right after the Brant Beach replenishment was done.

Adding to the watery influx IN BL is the impact of nearby shoals, positioned in a such a refractive way as to direct ocean water beachward. What’s worse, there are virtually no near-beach sandbars to block the oncoming tide. Welcome to the waterlogged beaches of south BL.

Here are some shots by Cometa Copal.

Below: Water where folks laid out only a short time ago. 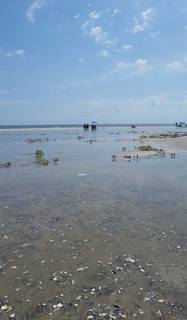 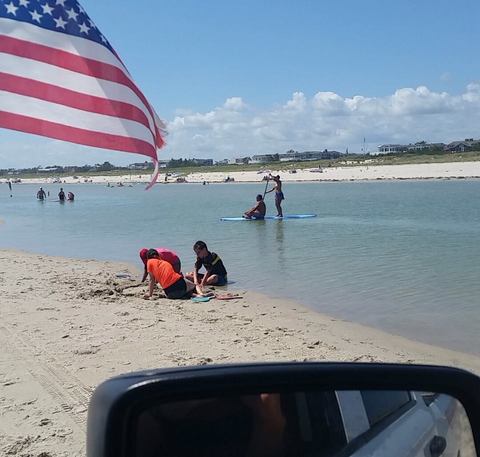 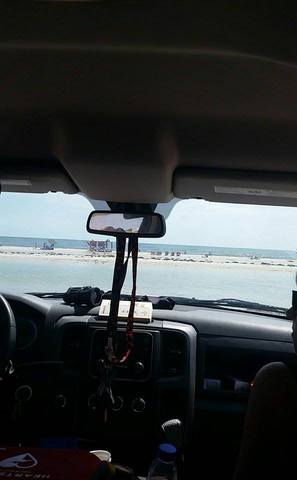 HOLGATE HAPPENINGS: As of this instant, word has it that the famed Holgate beachline adjacent to the Forsythe Refuge in Holgate will open Thursday, officially ending the 2016 bird closure. I’, told it was one of the most upbeat nesting sessions in many years.

Importantly, there doesn’t seem to be any lingering nesters, which could allow for Rip access on Day One.

Important; Make sure to get a 2016 Beach Buggy Permit. I’m among those miss that tiny mandatory step, having last year’s permit in mind. As noted in pact blogs, the ramp near the parking lot is now a very hard-packed road gravel material, though now somewhat covered by beach sand. First 50 mph west wind and it’ll be a red ramp.

There is a decidedly down side to such a fat and hard drive-on ramp.: It ends at the sinkiest of beach sand. Why should that matter to us 4WDers? Because that easy drive-on will snare more sedan and 2WD drivers than you can shake a tow truck at. They’ll solidly get part way down, thinking, “Oh, this is just like Daytona. Here we go, kids.” Then we wait for the pull-out process to play out. However, I think it might also be possible to hit the ramp at various side points, meaning we might be able to skirt any sinkers.
FYI ... 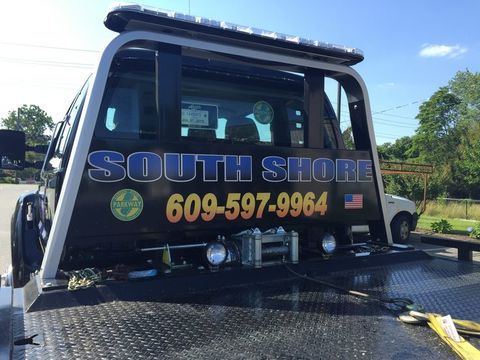 This White came up just short of the legal limit but was Bobbys first White Marlin.
— with Dan Del Monte. 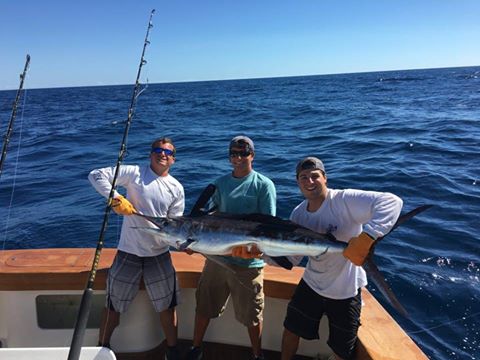 Check out this Barnegat Inlet "albie" invasion from a couple years back (2014). Very interesting ... though I couldn't stop air-galloping long enough to watch it in peace. 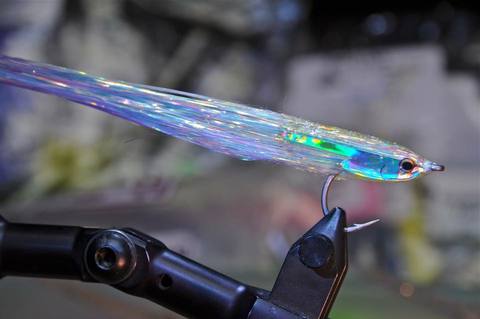 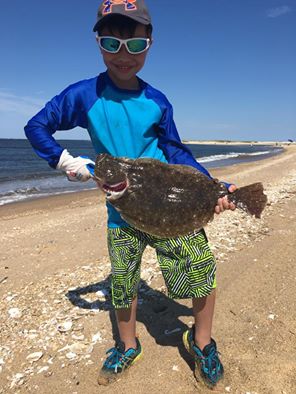 Flashback: Lest we forget to keep our arses out of harm's way ...