Below: Good thing she had bumpers for protection ...

Tuesday, April 12, 2016: Yes, I’ve been lax in my blogging. Some of us work for a living, you know. Just kidding, fellow workaholics, I know an S-load of y’all work your asses to the bone. My problem is the transition from spring toward summer – and the hiring of new writers and sorting out of interns -- is draining. There’s also my weekly column demands.

OK, now that I’m done violining for sympathy, I’ll note that I’m keeping a fast-finger on the pulse of fishing and outdoorsing.

As to the later, I’ll be getting out for frog listening any night soon. These cold-ass temps are keeping some of the rarer frogs – like the pine barrens tree frogs and Cope’s gray tree frogs – under the warm wraps of the ground.

It’s all in the call. Spring is the easiest – and only -- time of year a naturalist can hear-out a Cope’s – and tell it from a common gray.

Here’s the look. NO telling them apart. 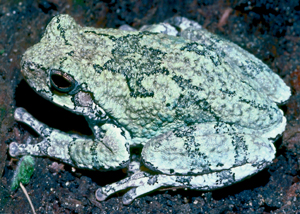 Here’s the love song of a Cope’s:  http://www.state.nj.us/dep/fgw/ensp/audio/so_gray_treefrog.wav

Don't count your damselflies until ...

But let’s talk a touch of fishing. 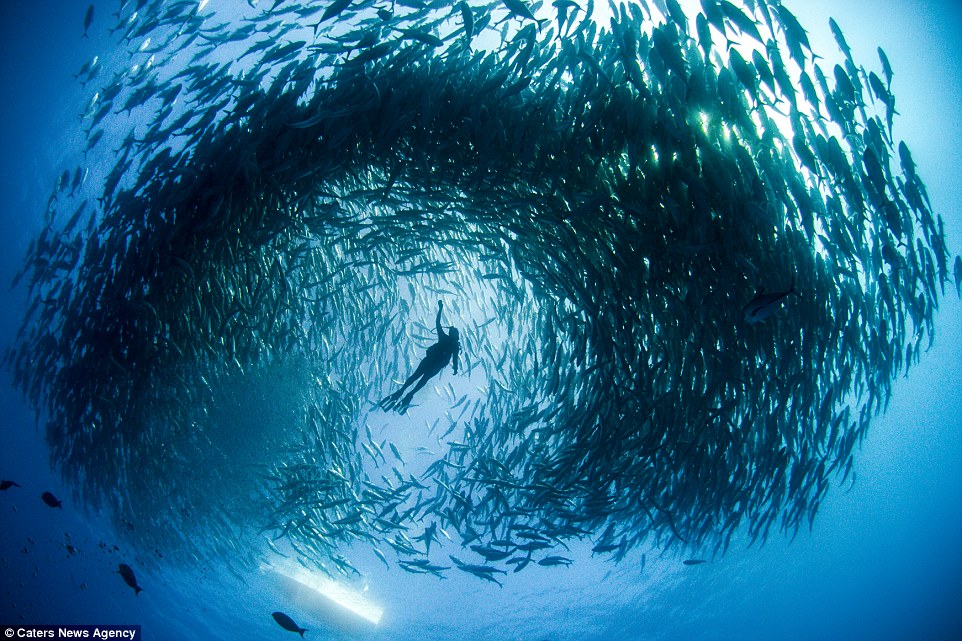 I’ve gotten some scattered feedback about bass along the LBI beachfront, including a couple full-blown keepers -- one pushing 20 pounds (kept).

However, it is the bayside that is holding bass in better numbers, likely there to grab bunker and shrimps as they come upon them.

At night, bass are surely going well into the bay’s backwaters, as evidenced by bellies bulging with grass shrimp, which are primarily up ditches. I also heard of one bass upchucking tiny spearing. That doesn’t surprise me. I began seeing small spearing nearshore (Island-side) starting a couple weeks back. On rare calm days, you can see the nervous surface water as they seek out warmth … and plankton. 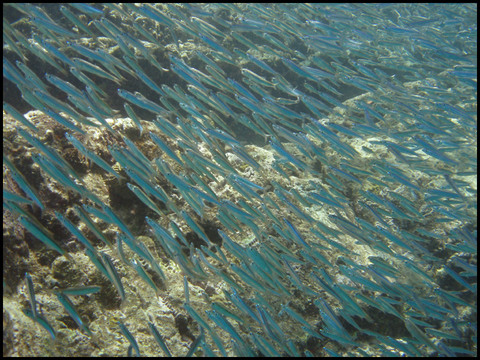 I got in a great new rechargeable spotlight so I’ll be doing some bayside “spotting” this week. There’s no better way to see what’s out there than via some after dark beaming about. One of my favorite looks is along the Road-to-Nowhere, though I’m going to be checking at least a couple herring streams – none in Stafford.

This is the time of year that I have to warn about the no-take river herring regulations bag limits. They are enforced … I think.

"River Herring: The taking or possession of any river herring (alewife and blueback herring) in New Jersey’s marine, tidal and freshwaters is prohibited. This prohibition does not include Atlantic herring which may be retained and used as bait."

We know full-well how to tell river herring from Atlantic (ocean) herring -- if only based on where we're finding herring.

Below: Atlantic/ocean herring, which can run quite large. Hi All here is the new Ghost Mackerel i do not know if you can see it but it is all transparent with a hint of green and pink. It will be a killer! Started molding them today!! They will be ready soon at your local tackle shops about 2 weeks out (they are a lot of work ) but they will bring a lot of smiling faces !! So scare up your next big Bass with a Ghost !! 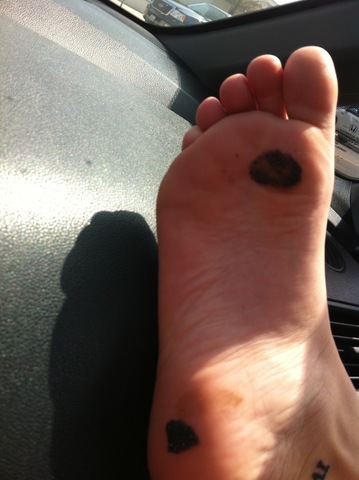 BLACK BALL TIMES: How quickly LBI times change. I was talking to some now-local folks who were baffled into blank stares when I mentioned times not-that-far past when virtually every single Island home had a tar-cleaning station near the doors. These were mandatory (!) stops, where you had to use some nasty chemicals to remove the tar from the bottom of feet -- lest they leave a truly destructive tar trail across rugs. I recall the worst part of tar stains on rugs was the way you needed to clean the stains with the likes of acetone, which then led to over-cleaned rug splotches that looked damned near as obvious and ugly as the tar marks. The control of ships cleaning bilges at-sea cured those hideous tar ball beach days.

Of course, it's better coming home with tar-balled feet than showering after a nap-filled day at the a fishing beach and finding this: I hooked a winner! I got the jaw-tagged rainbow trout on a double-bladed spinner. Major soft shell crab producer Handy International said the start to their harvest season will be early this year because of a relatively warm winter.

"Forget the traditional first full moon in May. Due to this year's mild winter, soft shell crab season in Crisfield, MD has arrived early and the Handy plant is ready for a bountiful harvest," the company said in a press release.

Handy has been supplying the US market with domestically caught soft shell crabs for over 100 years. The company sources the crabs off the Maryland coast and processing the products at its plant in Crisfield.

Normally fresh soft shell crabs are only available between May and September. However, warmer Atlantic coast waters means the crabs are moulting earlier than usual this spring. As a result, Handy is preparing its retail and foodservice customers for the early availability of its fresh, domestically caught soft shell crab products.

Meanwhile, the company also sources soft shell crabs from overseas suppliers in Southeast Asia. Those crabs are available year-round and available in raw form and in value-added preparations.

A panel of ocean scientists from Washington, Oregon and California said Monday that local action on the West Coast — one of the regions of the world hardest hit by ocean acidification — could soften the blow of this rapidly worsening global problem.

While acidification's main cause is carbon dioxide emitted globally, the West Coast Ocean Acidification and Hypoxia Science Panel said it's urgent to fight the phenomenon close to home as well as globally.

Changing ocean chemistry has already taken a toll on the Northwest shellfish industry. As oceans absorb more of the carbon dioxide that humans keep adding to the atmosphere, it will only get harder for shellfish and plankton to grow shells as seawater turns more acidic.

Ocean acidification and the related problem of hypoxia, or low oxygen levels under water, "will have severe environmental, ecological and economic consequences for the West Coast," the panel's report states.

The panel, made up of 20 ocean-science experts, called for reducing pollutants that drain into water bodies like Puget Sound from surrounding cities and farms.

Pollutants like the nitrogen and phosphorous in fertilizer runoff help turn the sound more acidic than it used to be. As algae blooms fueled by nutrient runoff die and decompose, they consume oxygen, generate carbon dioxide and contribute both to hypoxia (low oxygen levels) and increased acidity.

"Within Puget Sound, we have the opportunity to improve water quality, and that will help reduce some of the most negative impacts of ocean acidification," Terrie Klinger, report coauthor and University of Washington ecologist, said.

Reducing stormwater runoff is no easy feat: it often involves politically difficult moves like changing land-use patterns or regulating how shorelines are developed. Cities and counties throughout Washington are currently updating their shoreline regulations, a roughly once-a-decade process.

Klinger, the director of UW's School of Marine and Environmental Affairs, could not say how much the panel's recommendations would cost.

"Some of them will cost more than others," she said. "But in the end, they're likely to be far less costly than ignoring the problem."

"Kelps because they grow very quickly and eelgrass because it has other great properties associated with it," Klinger said.

Eelgrass can absorb nutrients like nitrogen and phosphorous, help slow erosion and provide cover for small fish and shellfish. Eelgrass meadows cover about 60,000 acres in Puget Sound, a slight increase from previous years, according to the Washington Department of Natural Resources.

The panel said reducing the world's carbon dioxide emissions is still the most important step to take to protect the chemistry and life of the oceans.

In response to the panel's report, Washington Gov. Jay Inslee issued a statement saying he's ready to take action with the other West Coast states to tackle ocean acidification.