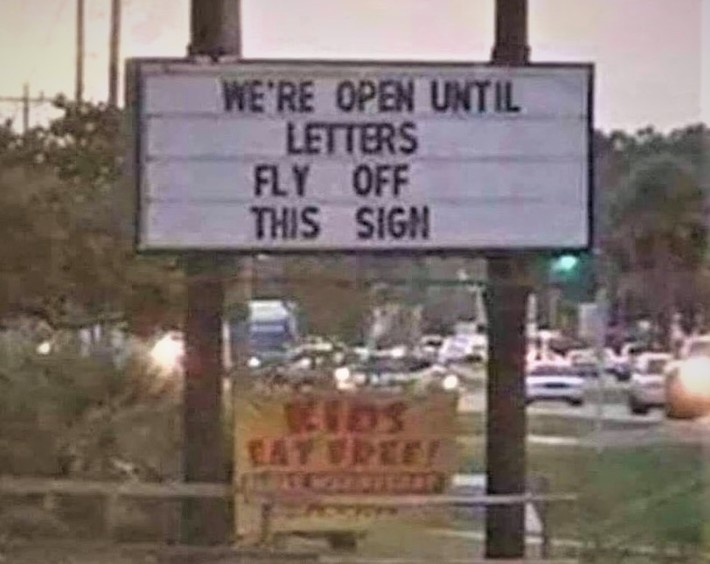 We’ll be settling into a decently fishable pattern, both boat and beach. Look for some rather toasty air temps for the weekend. This could spark bathers to try the ocean out. Please read my weekly column regarding surfcasters playing an important look-out role, watching for bathers in distress.Weekly read: https://www.thesandpaper.net/p/big-post-season-surf-will-remain-dea...

Ocean has cooled, dropping to below 70 for the first time in many weeks.
Prewarning: We will see a stint of west winds beginning tomorrow and likely extending into midday Saturday. It has already been a nastily dense biting fly year. It hasn’t been taking long for insufferable slews of flies to get blown in. I menton this fir folks thinking of doing the south end during the weekend,. Might want to wait until brisk SEwinds kick in on Saturday, prior to a cold front arrival. As fast as the flies blew in, they blow out – back to the mainland stables. Stables? Yep, our black flies ae technically called stable flies.

The suds are offering a mixed bag of blues, weakies, kingfish and some exotics, like Spanish mackerel and a caught/released cobia.
I won’t over-present it but there are seemingly some larger blues moving into the surfline and nearshore mix. Might this mean the 2019 Long Beach Island Surf Fishing Classic will have slammer s again? Get signing up, pronto.
A quick re-mention that buggying Holgate gets really tricky as high tide, down around the 8,000-foot mark. Making matter worse there is a solid sand wall toward the uplands. This pins a buggy flush to the inrushing ocean. You get bogged down there and it surely means the engine will get flooded … literally.

While on patrol today near Sakonnet Point, Environmental Police Officers from DEM’s Division of Law Enforcement conducted two boardings that resulted in the arrest of tautog poachers.

Most of the seized fish were returned to the water. The rest were donated to The Amos House in Providence. Adhering to the rules is not only good for the health of our fisheries, it’s the law.

Find possession and size limits for recreational fishing at http://www.dem.ri.gov/marine and report any violations to our dispatch center (401) 222-3070.

You heard it in  here first: 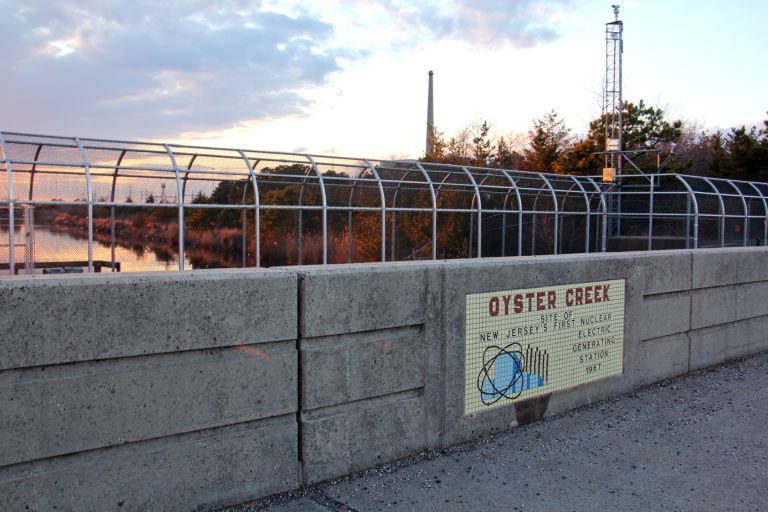 The Danish offshore wind company Ørsted has secured rights from the New Jersey Board of Utilities to connect its proposed “Ocean Wind Project” farm 15 miles east of Atlantic City to the Oyster Creek plant for regional energy distribution, according to an NJ Spotlight report.

“Oyster Creek is a very good location for Orsted to build an offshore wind farm. There are sub stations and power lines already in place to connect to. This is important to get the power on land without building any more power lines,” he said in a prepared statement.

Ørsted representatives previously said that the $1.6 billion project could produce up to 1,100 megawatts of energy, powering an estimated 500,000 homes, and bring 100 permanent jobs during the wind farm’s expected 25-year life cycle.

The company launched the world’s first offshore wind farm in 1991 and owns and operates the U.S. firm’s offshore wind farms near Block Island, Rhode Island. Ørsted hopes to have the Ocean Wind Project online by 2024.

Gov. Phil Murphy’s administration has set a goal of 3,500 megawatts of offshore wind generation by 2030, or enough to power more than 1.5 million homes. The governor wants a 100-percent clean energy state by 2050.

NJ Division of Fish and Wildlife
Have you seen a coyote?
The coyote was not always a native of New Jersey.
The coyote extended its range north and east across Canada from the mid-west. In 1939 the first record of a coyote in New Jersey was documented near Lambertville, Hunterdon County! The species may have bred with gray wolves, emerged into the New England states and extended its range south through New Jersey. However, evidence suggests at least some coyotes were imported from western states by people. Contrary to popular opinion, NJ Fish and Wildlife has NEVER imported coyotes for any reason at any time!

These coyotes are not first generation crosses of dogs and coyotes or "coy-dogs", but are a definite coyote strain. This strain has more variations in fur color and a larger body size than their western counterpart. Color variations in NJ coyotes range from the typical “western” coyote gray-tan through almost white to reddish to black. And, everything in between.

In the last 30 years or so sightings of coyotes have increased throughout New Jersey. This increase is due to the coyote’s ability to co-exist with man, and to adapt to different habitat types and food sources. Coyotes have been documented in all 21 New Jersey counties.

The bay is slightly choppy and 70°.

There are still kingfish being caught in the surf, as well as cocktail blues and nice weakfish (as evidenced by our friend Scotty, who caught a sweet 25 1/4 inch, 5 pound even, in the surf in Holgate, on live mullet). The bay is still rife with blowfish, weakfish and snap blues. No off shore reports yesterday. Only 4 more days of fluke fishing left!!! Go get em while you can!!

The pests' presence isn't waning, so researchers are examining every possible route to try and control the spread 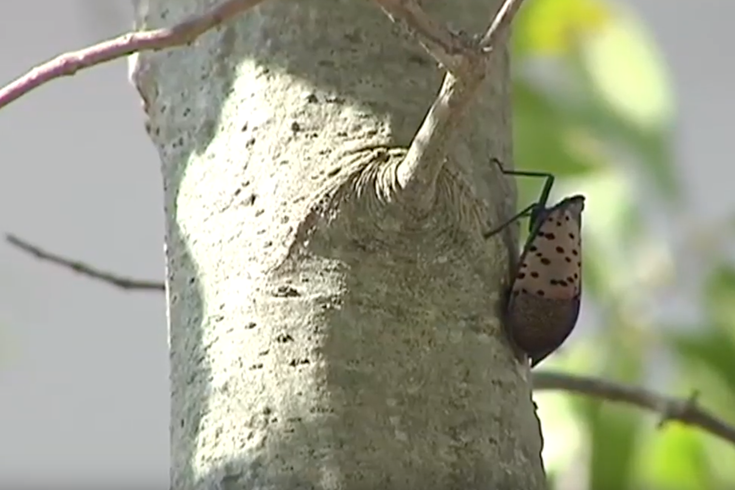 
Scientists and farmers alike have warned that the spotted lanternfly is actively detrimental to Pennsylvania's ecosystems. The insect feeds on, and eventually destroys, trees.

The spotted lanternfly presence in Eastern Pennsylvania has seemingly reached a new level this summer, with hourly sightings of the insects around the Philadelphia area, including right in Center City.

The invasive pest, scientists and farmers alike have warned, is actively detrimental to the area's ecosystems because it feeds on, and destroys, trees. The state of Pennsylvania has put big money, and manpower, towards trying to contain the insects' spread.

The primary problems with fighting the spread of spotted lanternflies in Pennsylvania, and its neighboring states, is that the insect doesn't have natural predators in the United States the way it does in its native Asia. Thus, the insects have been able to thrive, and spread, relatively unabated.

In China, this isn't the case. A species of tiny wasps are known to lay eggs inside baby spotted lanternflies, which kills them. According to NPR's All Things Considered, the U.S. Department of Agriculture has already brought some of these wasps to the United States to test the viability of fighting one bug with another bug.

"In China, the lanternfly has natural enemies that hold it in check. They are tiny wasps, so small you barely see them.

"Scientists from the U.S. Department of Agriculture, working with colleagues from China, have brought two of these wasps to the U.S. under tight security. The wasps are under quarantine in a couple of USDA labs.

"One of them, the Beneficial Insects Introduction Research Unit, is in Newark, Del., on the edge of the University of Delaware campus."

The actual testing of the wasps' ability to curb lanternflies in Pennsylvania and, surrounding states, is still years off, according to NPR. Scientists are still studying what would happen after introducing these wasps into an entirely new ecosystem: Would they only attack the lanternflies, or would they begin to attack native North American insects as well.

This isn't the first time the idea of importing the lanternfly's enemy has been floated. Just last month, the Washington Post reported government scientists were interested in the parasitic wasps.

Another, less dramatic route to curbing spotted lanternflies popped up earlier this year, when scientists discovered fungi present in Berks County that could potentially "decimate" the insects.

Gary Larson said goodbye to fans and the absurdist universe of The Far Side with his final comic on January 1, 1995, and since then the real world has done everything it can to live up to the inanity of his iconic comic strip. Unfortunately, the foolishness of 2019 isn’t nearly as enjoyable as sentient chickens and oversized suburban bugs. Now, the 21st century might be getting both of those creatures—along with aliens, cavemen, clever cows, and women with beehive hairdos—because for the first time in almost two decades, the cartoon’s official webpage has been updated. And unless this joke is on all of us, The Far Side will soon be returning.

After sitting dormant since 1999, The Far Side‘s webpage was updated suddenly and without warning (which we first learned about at The Daily Cartoonist). It features a new cartoon of an explorer using a blowtorch to melt some of the strip’s most iconic characters from a large block of ice. Below it reads, “Uncommon, unreal, and (soon-to-be) unfrozen. A new online era of The Far Side is coming!” Since the cartoon itself is signed by Larson, it certainly appears he will be returning with all new comics for the first time in almost 25 years.

Gary Larson's official website for The Far Side stayed virtually untouched since July 2000, a time capsule of the early web—until yesterday, when it got its first redesign in 19 years. https://www.thefarside.com/

Does this make my complete Far Side collection obsolete? Yes. Do I care? Not even a little bit.

As for when the strip might formally return—and based on this announcement it seems to be coming back as an online comic—the best guess is January 1, 2020. The strip first appeared in paper’s on January 1, 1980, and that date also marked its farewell in 1995. (Though a second Gary Larson’s Tales from the Far Side TV special aired on CBS in 1997).

Will The Far Side seem as absurd in the 21st century as it did when it first debuted 40 years ago? We don’t know, but we know we can use a good laugh even more now.

Check out this mullet run ... 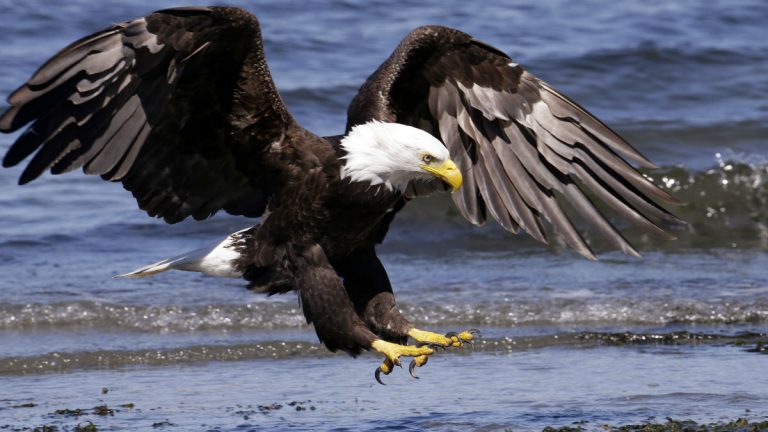 It was a record year for New Jersey’s bald eagles, a study released by the New Jersey Division of Fish and Wildlife found.

A survey by the Conserve Wildlife Foundation of New Jersey in partnership with the New Jersey Division of Fish and Wildlife found that New Jersey bald eagles registered the highest recorded number of active nests and young fledged.

During the 1980s, there were only a few bald eagle nests, according to state data. Officials have pinned the bald eagle recovery on the banning of the pesticide DDT and protective federal regulations.

“The bald eagle is a shining example of recovery in New Jersey,” according to a state Division of Fish & Wildlife report. “In 1973, when the Endangered and Nongame Species Conservation Act was passed, there was just one nesting pair, in a remote forest in Cumberland County.”

Chris Spiegel, an Ocean Grove based photojournalist and owner of Blur Revision Media Design, has documented the happenings in one Shore nest. He has captured images in 2012 and 2013.

But he’s very careful to not disturb wildlife, adamantly refusing to reveal the location of his subjects.

For more information about raptors in New Jersey, visit here.

( Did you know -- and I'm putting this out  there in a rather sarcastic sense --- you cannot legally collect or possess most feathers in the state of New Jersey. I kid you not! I was once taken to task by a Fish and Wildlife gent. No, I wasn't cited, simply told it's a significant violation. I had a naturally shed red-tailed hawk feather hanging from my rear-view mirror.)

As I pulled into Shop Rite this morning. "OMG! This car pulled in on top of the car in front of it! Upon a closer view. "Perception is not always Reality".