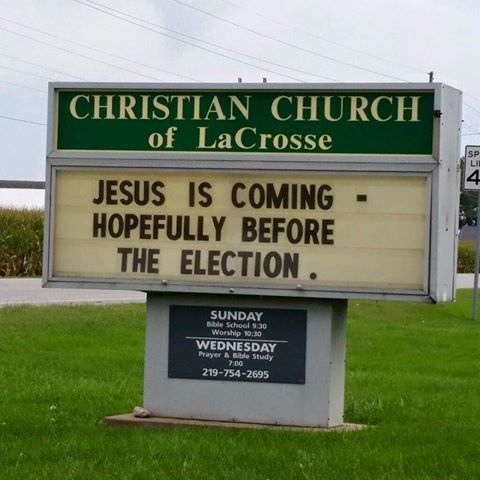 Thursday, September 15, 2016: High temps barely reaching 70. Now that adds a feel of fall in the Island air, though, looking a little more long-range, above-average warm air could return by the weekend and again next week. For now, the minor chill will be on the wings of brisk NE winds, blowing to almost 20 mph, then dying down through tomorrow.

The ocean is very mild, mid-70s where I was at, south end. It's also clean and should be ripe for bassing when the wind drops a bit, though harder core fishing folks will easily be able to plug and jig the four-foot wind waves out there, knowing riled up suds make for excellent bassing. There is likely enough mullet running to draw in some better bass. This is the only time I use/risk my vintage 02 Redfins (and similar colors). They're simply such a great color match to mullet -- though they were meant to match bunker. 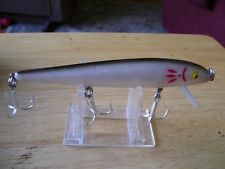 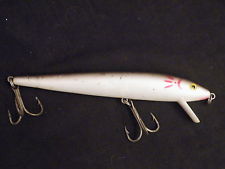 The weekend should be decentish, though still tricky due to an arriving front and even some tropical swells from TS Julia off Georgia. She’ll meander out there for possible 48 hours. While I’m not making anything out of it, seeing two tropical systems in a row just hanging somewhat idly out at sea is quite the oddity. My guess is it’s reflective of this so-far oddly mild September, seemingly due to a lack of characteristic late-summer and early autumn increases in steering currents.

I sure as hell won’t go as far as some folks claiming planetary changes have led to a lowered predictability in the Coriolis Effect, the global force that moves things west to east in our hemisphere. At the same time, I’ll align with anyone saying that increases in ocean surface temps can have an immense impact on the movement of weather systems. That’s a given. Atmospheric currents and ocean currents have aligned forever. Change one and the other likely follows.

HOLGATE HAPPENINGS: We’re in a decent stretch where low tides rule the daylight hours. There is still absolutely no reaching the Rip at high tide – so don’t bloody try. If you must go on at high, the first half mile or so remains drivable. There are also some good troughs in that area so fishing is highly doable.

I plugged one bluefish today and had one swack, i.e. it was a slow go. I was using medium-sized mirror/chrome plug. Below: (Today) A hookup and a lengthy fight in Holgate: 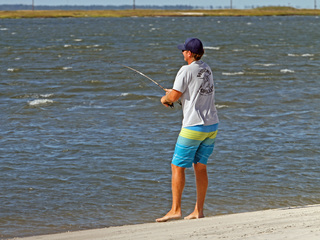 Almost in ... over ten minutes 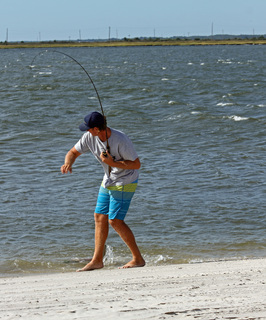 It's got some size! There was a bit of a tussle in the back cut when an arriving vessel ignored the yell of an angler that his line was out – and he was reeling it in. The prop caught the line and, worse, dragged it across a few other boats already pulled ashore. Even some of the boat people chastised the newly arrived, though they then turned on the angler when he had to cut his line and grabbed his gear and headed back to his buggy. One of the boaters angrily said, “You’re line is across my boat,” to which the angler said, “It’s not my line anymore, it’s his,” pointing to the guy whose prop grabbed it. Kinda typical for the back cut. And I credit the angler for opting to drive off without escalating the matter any further.

Regarding the boat folks partying on the back cut (and there could be a goodly number this weekend), I’ve had nothing but very good interplay with almost all of them. Nice folks. Yes, we had a couple incidents last year with some serious pushing and shoving, but, as I recall, there was a bit of liquid courage in the mix. Hey, boys will be boys -- though some of the gals in that exchange weren’t to be trifled with. It all made me kinda smile.

I was talking with longtime buddy Ken G. of South End Surf n’ Paddle, Beach Haven. (http://southendsurfnpaddle.com). He carries fishing-rigged paddleboards. He said I could try one. I might come fall. Ken will readily give you all the info you need if you’re thinking of doing some stand-up angling.

I had return client Art Diebel of Cream Ridge and his 12 year old son Bruce on a 4hr Bay trip. With the winds cranking and the Fluke bite optimal outside, they decided to try Blowfishing the bay. We moved around to 3 different spots and had mixed results with a variety of species caught with most on the smaller side: Blowfish, Fluke, Kingfish, Smooth Dogfish, and Sea Bass. They did box a few nice Blowfish (over 8 inches) and a nice 17" Kingfish.

I had Brian Wolfinger and Stacy Dmytryk of North Wales, PA on board this afternoon (Thurs) and they had non-stop action with small sea bass, big snappers, they were more like 1 pound blues, silver perch, blowfish, and three nice weakies up to 3 pounds. We caught all of the fish on shedder crab on the east side of the bay in a very stiff NE wind. We are surrounded by land on all sides where we fish, so it is typically flat calm in the harshest conditions. We use six pound spinning tackle to keep it sporty.

Sailing Open Boat or charter every day for this fishery as well as Barnegat Ridge for bonita and albacore when the forecast allows.
Fishing the bay tomorrow (Fri), departing at Noon. Playing it by ear for the weekend and Monday as far as the forecasted sea conditions but no matter what, we will be fishing the bay for the weakfish and the mixed bag every day.