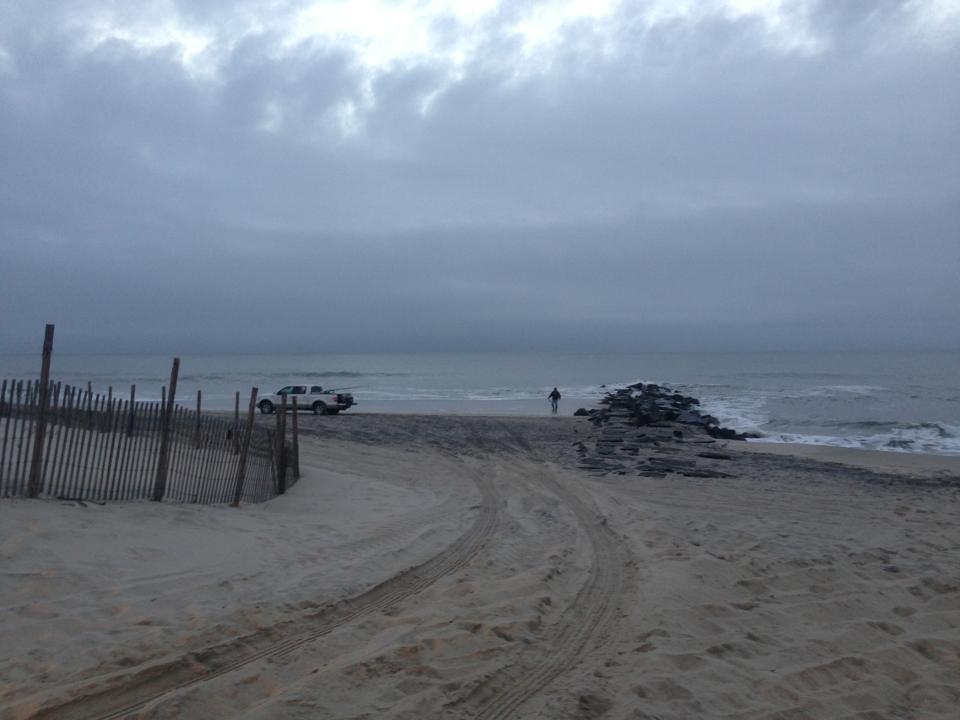 Thursday, October 17, 2013: Note: The Borough Beach Haven  (George Gilbert photo above) has temporarily closed the section of beach from Leeward Ave to Nelson Ave to beach buggies due to erosion. Holgate remains shut. It should open soon so we can compute the damage, so to speak. Many LBI front beaches are looking good to very good. I hope to get on today, though I still have some search commitments, especially with the search zone down to a limited area. That means I’ll now get out on foot, which really chews up time.

Tentatively, Cortland Foos’ Tuesday caught striped bass has taken the Frank Panzone Memorial $1,000 prize. While the fish was technically caught the previous day, the rule is strictly in place that a fish weighed after 6 o’ clock p.m. is credited to the next day’s catches. Admittedly, this ushers in a sticky point about one-day prizes, however, it must also be remembered that we didn’t have a single qualified striper weighed into the Classic yesterday. If 25 fish were entered – likely beating the Foos fish – his late-day weigh-in would be mute. Also, he was in a position to beat his own fish on Wednesday so his Tuesday fish was absolutely not a lock when he brought it in. In fact, I’m among the many surprised that some serious fish didn’t enter the $1,000 chase. 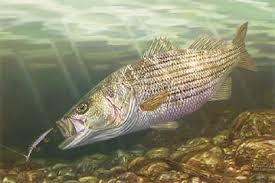 As for fishing, I just have to say it still sucks, big fish-wise. I’m getting kick-ass reports about smaller fish up to keeper length. However, we’re getting mighty deep into the striper season and things are not hoppin’, short of that Marti bass. While I’m a near tireless optimist, I also have to be realistic in noting that high times lost in the fall run does not come back later. Our main striper season ends in December. The closer we get to then without the fishing exploding is lost forever.

Next big hope (if you can call it that), is the potential for a very winterish storm system for our region next week. The setup is now showing on long-term forecasts, both US and European models. It is even looking like a mountain region (Poconos) snow storm with a chance of the whites stuff knocking on the South Jersey door.  I say that’s a “hope” because it’ll know water temps down to high-hook levels. If nothing else, that might know the NE blues this way, rapidly.

Joe Handley passed this on via FB:

This is the forecast I am talking about. They were accurate last year, we'll see.


The GFS (Global Forecast System) model is showing a 998mb Nor'easter off the coast of NJ exploding into a full blown winter storm by Thursday of next week. The temperatures look to be in the mid to u pper 30s and low 40s!!! This might become something of historic proportions. This is still a week out and forecast and model images are subject to change, just a heads up. If this verifies, an early winter event is possible.

I had a buddy blasted nice-sized weakfish on jigs a night ago. Can’t disclose where but it was a locale were you’d think the sparklers were long gone. Again, water temps have to be a big factor, looming large. “I have never seen them so colorful,” he said, having used a flashlight on them. That’s interesting because I though fish got brighter during mating season.

I guess I don’t have to say it but the skate count has gotten insanity aggravating in many areas. Egged on by my buddies at http://www.garbagefish.com/ I’ll be keeping quite a few for cooking up. I’ve eaten many skates and must fully encourage sawing off entire wings to then cook. It’s the surest way of getting all the meat between the corrugated cartilage. 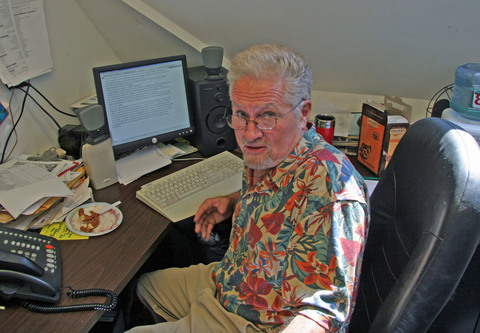