Thursday, November 29, 2012: Another nice one out there. The fishing is fair to good – and quite easy on the surfcasting front. West winds are brisk but far from fierce. It’s easy to watch spiked poles and catch even the slightest sign of a something toying with clam or bunker.

It’s also very nice jigging conditions, even though the water is a bit discolored. 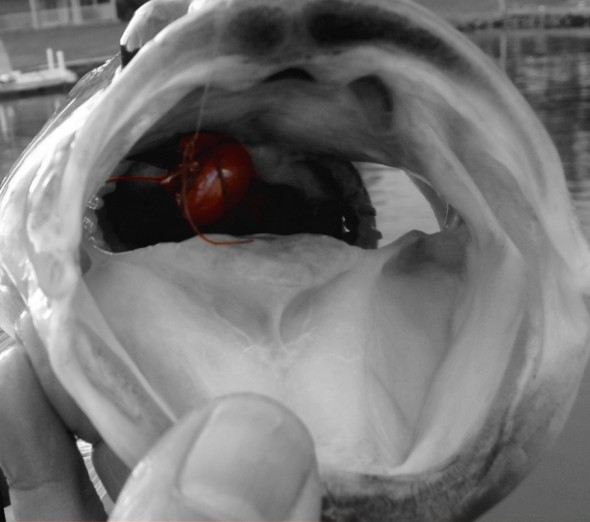 I’ve chatted with a number of casters who were having little if any luck with bait, threw out a bucktail (white seems good) to find there are actually plenty of bass out there, just not actively feeding.

It’s always remarkable the way even fully inactive fish will instantly shake off laziness to pounce on a passing jig. It’s that famed reflex thing, common to fish in both fresh and saltwater. That attack reflex by fish has been fully recorded by researchers, especially those devising lures. A bass – striped or large-mouth – even when seemingly half comatose, just can’t resist whacking the crap out of something that suddenly comes bouncing crazily into view. It’s oddly similar to a lying dog suddenly seeing a cat go racing by.

Those same lazy fish will not rise up to high-tail it after a plug swimming on or near the water surface, even a rowdy popper. And that marks the significant difference between plugging and jigging. Each has its place but I've long given the edge to jigs to see if fish are even on-scene. Obviously, when fish are actively feeding, the variety and fun factor of fishing plugs gives them a solid edge over jumping lead along the bottom. Sinking plugs can cover both bases – the best of both worlds of artificiality. Allowing the likes of an “S” (sinking) model Yo-zuri to fully reach bottom, places the plug in that lazy-fish reflex zone. That technique does takes some line watching (waiting for it to go limp) or drop-time counting (many plugs have a constant sink rate). The trick is to essentially jig the plug gingerly on the bottom so it doesn't

swim upward and out of the lazy bass hangout zone.

By the by, I've personally snorkeled over feeding bass so obsessed with leisurely sucking crabs off the bottom that only something literally jumping under their noses draws their attention. Again, a bottom-bouncing jig can occasionally do that. Every dogfish may soon have its day – whether they want to or not.

More of the pesky nuisance fish may soon wind up in fish and chips wrappers thanks to a pending increase in the annual dogfish quota.

“The quota New England operates under from Maine to Connecticut is 55-percent of the total quota. The remaining portion is subdivided among the states south of New York,” explained Eric Brazer, manager of Georges Bank Fixed Gear Sector. “Dogfish are critical to the Cape Cod commercial fleet given the lack of ground fish and the lack of access to cod, haddock, flounder and other species.”

Sectors are basically consortiums of fishermen that are allocated quotas of fish that they manage amongst themselves. The restrictions of cod, haddock and other more familiar fish have pushed local fishermen into seeking dogfish in Federal waters.

“Dogfish are becoming a critical component. The fixed gear sector that I manage caught 1.2 million pounds of dogfish in 2010. Already they’ve caught 3.8-million pounds this year and there are two months left,” Brazer said. “It is the number one landing in terms of weight coming out of Chatham.”

That increase is the result of the quota being raised from 20 million pounds in 2010. The fishing season has also lengthened since it takes longer to fill the quota. It used to end in June/July. Last year it ended in August and this fall they’re still fishing. It’s no longer Cape Cod but Cape Dog, so the fishermen might as well make some money off it.

“Every commercial fisherman out of Chatham relies on dogfish some of the time,” Brazer said. “There are so many so it’s easier to catch. But it’s a blessing and curse.”

It’s a curse because the dogfish themselves are out there fishing, quite effectively for everything else the fishermen would like to catch.

“A lot of fishermen fundamentally believe we’ll never be able to rebuild the codfish population because there’s such a biomass of predators out there,” Brazer said.

“We’ll never bring back cod if there’s one billion pounds of dogfish in coastal waters between Maine and Carolina.”

Dogfish don’t just eat the fish swimming around they impede to process of fishing itself.

“If someone is using gillnets the dogfish are blocking the holes in the gill nets so you can’t fish effectively and with the hook fishermen they eat the bait right off the hooks,” Brazer said.

They also eat the fish that get hooked right off the hooks before fishermen can haul them in.

In their own backwards sort of way dogfish represent a triumph of management.

“I guess you say they’ve been a management success,” Brazer noted. “They were a very large targeted fishery in the ’80s and ’90s and fishermen took a lot out of the ocean. As a result they were limited to 500 pounds a day for a number of years. That revived the population and it’s been steadily increasing.”

Brazer believes the numbers have blown through the management models of the National Marine Fisheries Service.

“Dogfish reproduce more quickly than NMFS was predicting and their models don’t reflect that,” Brazer opined.  “A lot of fishermen and staff believe you could have a sustainable fishery taking more than 40 million pounds.”

How much could be caught?

“That depends on your goal. For a long-term fishery, 80 to 100 million pounds, I’m not sure. If your goal was to knock back the population in order to allow codfish to rebound then you could be taking more.”

Although you won’t find dogfish on the menu at the restaurant or at the seafood market they represent a fully exploited fish.

“Almost 100 percent are exported,” Brazer said. “The meat goes to the U.K. for fish and chips. The bellies are deep fried and served as bar food in Germany and the fins go to Asia (for shark fin soup).”

The skin is used for sharkskin leather. The liver produces oil and dogfish cartilage has even been sold as a cancer cure.
Despite all of this, fishermen get pauper’s wages for dogfish.

“It’s a prime example of high volume, low value fish. Fishermen get about 18-cents a pound which is pretty disappointing,” Brazer noted. “A lot of fishermen have started buying refrigerated trucks and driving it themselves to New Bedford where they get an extra dime. But it’s still a low price compared to other fish.”

But every little bit helps and dogfish might mean more of other more lucrative targets.