Thursday, May 19, 2016: As you know, we have some weather woes arriving for the weekend.

You need one of these on the boat to signal small craft advisories:

Thursday, May 19, 2016: As you know, we have some weather woes arriving for the weekend.

Condolences to the headboats and charters who really count on spring Saturdays. It sure seems this one will harbor both wind and rain. Sure, there are a few mudders out there -- stealing an expression from horse racing. Those foul-weather types don’t care about no stinkin’ rain and SCAs. For fair-weather types – and in spring I qualify for that realm (not so in fall, though) – it might not be until midday Sunday for Annie conditions, i.e. the sun will come out tomorrow. 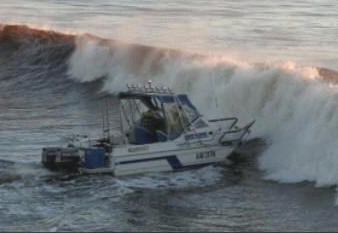 Below: One rock in the entire bay ... 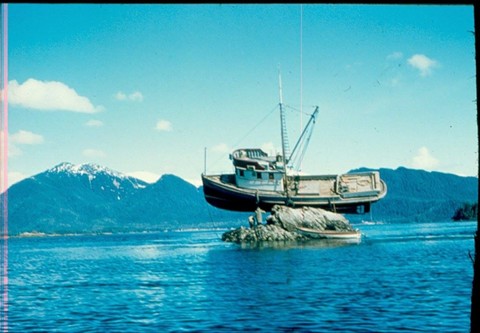 And there are still bass and blues aplenty out there, per radio and e-chatter this a.m.

The bass aren’t quite as a-plenty unless your cruising above them -- boat fishing just to the north. There have been sore-arm reports from folks atop the bass biomass.

A bit like bluefishing, so many artificials and baits are working when on the bass that everyone thinks they have the ultimate bass-getting plug and method. I take that shop talk a lot more seriously when the fishing is hit-or-miss. Then, it hits home if some special plug/bait hits the spot above all others – to the point that word gets out and folks who had been skunked suddenly start switching over and begin catching. I see that happen a lot more often in the surf, especially when someone finds the look/color of the day, plug-wise. For that reason, there is a load of plug checking after seeing someone catching fish, especially when a catcher drives past with rods in the rack … showing what has been hot. Oh, yes, many a secretive surfcaster removes plugs before heading off.  Of course, that might also be the fact there are now $50-plus that simply get ruined by those half-circle hook scrapes that quickly form when a plug is left out for the wind-blown ride home. 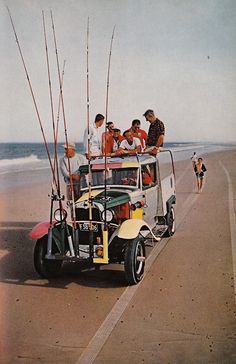 I had a chat with a fellow I introduced to surf jigging for fluke. He’s gung-ho for the arriving fluke season. The student quickly became the teacher. He has been running with my suggestion to use smaller leadheads to get a better suck-in hit. Like many gamefish, fluke can become tail-gunners -- on certain days. fluke in the shorebreak are famous short-hitters A smaller jighead (and tail) gets sucked in deeper than a larger jig. You can't go too small, though. 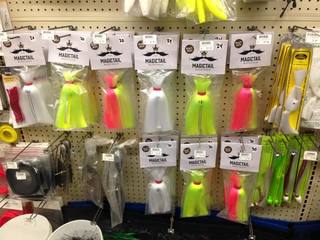 At first he worried about the shorter casting distance of small jigs until he recognized that a solid 80 percent of fluke hits are in the swash, right near the beach.

That taught, he is now teaching me how much better his hookup rate has been when using small “squid” GULP tails. Makes total sense, factoring in scent and taste. 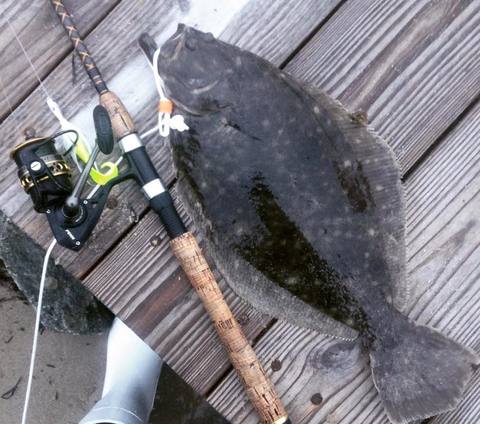 He has also adapted well to using heavier freshwater conventional setups (rod, reel) when jigging. It should be remembered that some so-called “freshwater” gear can take 40-pound muskies and 90-pound king salmon. Nonetheless, it has a more sensitive feel than equal weight saltwater gear.  Obviously, it needs special maintenance. And it will never replace all your LBI saltwater fishing equipment. 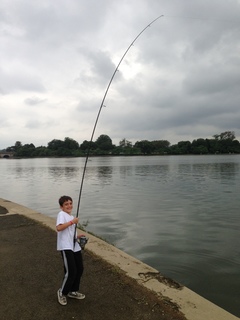 NICE TOUCH!: A big shout-out to Greg Cudnik and Fisherman’s HDQ for their devising of a Catch-Photograph-Release concept. 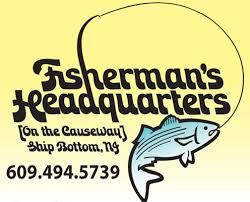 “Long Beach Island, NJ - For 2016 Fisherman's Headquarters is switching things up with an eye towards the future! While the striped bass stocks are healthy, now's the time to promote catch and release competition! This "new age" style of catch and release tournament fishing has become very popular. It offers a competitive way to enjoy the passion we all love and it brings new awareness to the sport.

“This spring Fisherman's Headquarters will NOT administer the shop spring bass side bet. This year they introduce an event based off of Van Staal's original catch and release tournament started over a decade ago.

“Fisherman's Headquarters has organized a two-week Catch Photo Release (CPR) segment inside of the Simply Bassing Surf Fishing Tournament. After signing-up for this Simply Bassing Tournament ($20) all anglers can participate in the CPR at no additional charge. The CPR is a photo based contest. Anglers must read the rules and prepare accordingly. Then fish, catch, take a specific set of digital photographs and release the it to swim another day. Finally, after fishing the angler submits two specific fish photos via email. Those submissions are compiled and reviewed. Once the dates are over the angler with the largest fish is named the winner. Also all anglers who entered a qualifying fish are entered into a raffle for a chance to win top quality fishing gear!

“The term CPR is getting more and more popular with anglers across the Striper Coast and we want to make it more popular locally. It is our pleasure to introduce the LBI-CPR! Hope you'll join in on the fun.

“About Simply Bassing:   Since 2001, Long Beach Island's Spring Surf Fishing Tournament "Simply Bassing" has offered surf caster's friendly competition on the beach. The striped bass only contest drawls anglers from across the tri-state area who all try their luck in search of a trophy striped bass. Its awards are based on the four biggest striped bass.”

How far this concept might go is anyone’s guess. However, seeing it perfected will surely lead to its acceptance in other events. Might a time come when part of a tourney involves having a Boca-type scale certified? Then, when accompanied by a close-up photo of the fish, it becomes an official entry? Hey, there is already far more elaborate things being down when catching and releasing a fish. In fact, check this out:

Below is an older video of a 74-pound striper being caught. I’m recycling to show the remarkable care that can be taken when landing, handling and releasing a trophy bass. I’m betting the fish is still out there – and larger – all thanks to the only slightly shown reviving of the fish before taking measurement. Again, this is how to truly catch, land, manage and release a huge bass. It’s better than I could do … and I’m heavily into C&R.

Published on May 23, 2012. https://www.facebook.com/blaine.ander... For pictures of this fish, scroll to the bottom of this page: http://fishingct.com/photo-gallery/lo...
This was the very first trip in the salt this year. Second drift of the morning... First bass of the season! On this trip, we were doing some scouting for some upcoming charters and found what we were looking for! This monster striped bass ended up weighing over 74 pounds!

"Why do they always have to put my food just out of reach?"