Thursday, May 17, 2018: It seems odd to declare a bass alert with weather so piss-poor that even the emerging plant-life is having a hard time coping

Below: My pick as greatest outfield put-out ever

Below: Daniel DiPasquale is with Greg Cudnik. Today.

Thursday, May 17, 2018: It seems odd to declare a bass alert with weather so piss-poor that even the emerging plant-life is having a hard time coping but there are surf stripers to be readily had via, bait, plugs and jigs. It’s not bail sessions but a couple few fish ar to be had. What’s more, many a beach, north to south, is showing serious hooking spurts, though they are more like spurts than a steady bite. Still, this action is noteworthy considering we’ve been hurting for any  better hooking – though, in retrospect reality, we’re seeing stripering closer to what was the norm before the recent multiyear cool-down.

I’ll venture a guess that we should hold to this somewhat consistent hooking for as long as this pissyish weather persists – and likely through the weekend.

As to the striper sizes, hookups remain highly schoolie oriented but have edged to the keeper side of 28. I have gotten exactly 11 reports of fine take-homes, a couple bass into the mid-30-inch sector. That said, the shorts still rule the roost, which is just fine for folks like myself – out there to feel anything on the line after that crappified non-angling winter, which some folks feel still hasn’t fully departed in a Seasonal Affective Disorder sense.

Junkfish have been hacking away at baits, especially when bass (and to a far lesser degree) blues aren’t around. In fact, one angler noted that his interest level ratchets up when the junkfish bite starts to diminish, seemingly meaning better fish are close at hand.

Anyone notice a remarkably precipitous decline in sea robins over the past five years or so? Not that I’m a huge fan of them but I have eaten them on occasion – decent when prepared in a blowfish-tail deep-fried way -- but most of all I always found sea robin bellies to be exceptional, fluke attractants, especially when combined with minnies, spearing or even GULP! strips and such. With new larger minimum size for fluke, large sea robin strip could serve to sort out short for take-homes. 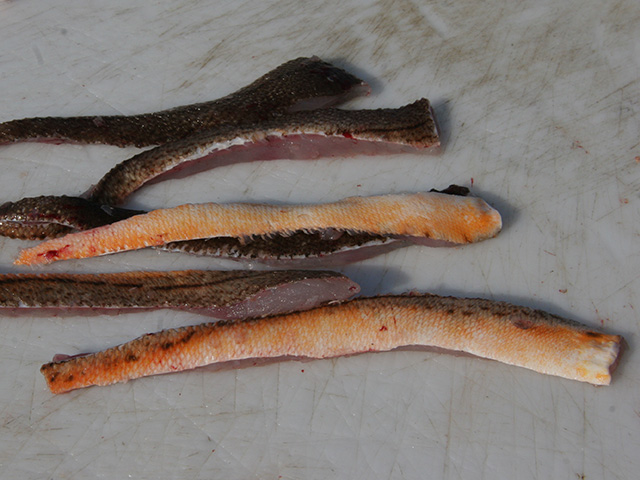 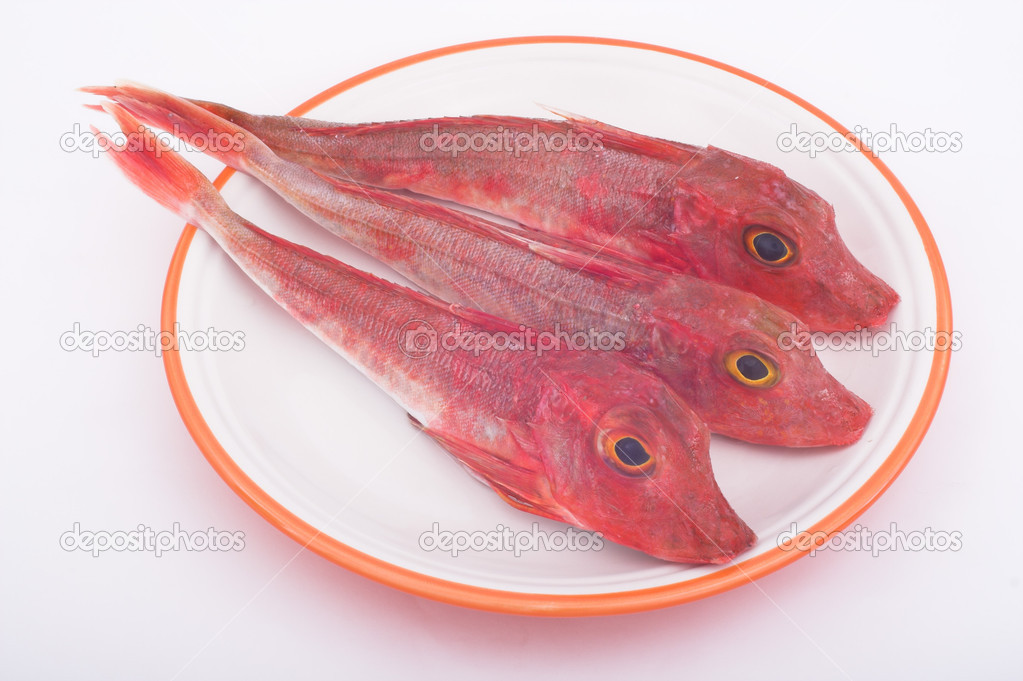 The Long Beach Island Surf Fishing Classic Committee has been working long and hard on making this year’s event bigger and better than ever. A standout orange hat will highlight the sing-up perks, along with very cool T-Shirts to early sign-ups. I’ll have more on this as the final details are ironed out … as early as next month, offering an early start for those wanting to get the maximum sign-up bennies. The event will once again run nine weeks, with tons of cash and prizes in the mix.

In the meantime – and for folks who have more angling opportunities this time of year – the 2018 17th Annual LBI Spring Surf Fishing Derby (Apr. 21 - Jun. 24, 2018) is going hot and heavy as bass and a spattering of bluefish have the leaderboard highly competitive. For info, go to http://www.lbift.com and click on the Derby logo.

Showing 1 to 3 of 9 entries
FirstPrevious123NextLast


A few years ago, NOAA warned northern anglers that they'd better learn how to catch red drum since that southern species would be moving north with Climate Change. Yet, red drum remained almost unheard of north of Cape May (which gets a modest showing of puppy drum in late summer) until very recently.

A Spring Lake surfcaster caught a small redfish on sand fleas last month, and Frank Conover did the same while casting a paddletail jig from shore in Shark River. Yet, it still seemed as if hooking into one was little more likely than being attacked in the surf by a white shark.

Sunday afternoon I was casting leftover sandworms for blackfish with light tackle (Canyon 3500 reel with a 7-foot Bogey custom spinning rod) when I hooked a fish that started running for the surface. I had been surprised by a 26 1/2-inch striper while trying for blackfish the day before, and figured that's what I had until it came to the surface and I spotted the narrow snout that looked like a red drum. Sure enough, when it turned on its side there were the black spots near the tail. After lifting my first N.J. red drum over the fence, there were a few cell phone photos of the 22-incher before releasing it.

The last few dead sandworms I took to the canal Monday morning were so far gone that I could hardly get them on a 3/0 circle hook, and not even a bergall or toadfish bothered them when I cast on the turn of the ride. Yet, as I lifted the light egg sinker off the bottom, the bait got smashed and I was into another running fish that turned out to be a 20-inch redfish. Could there be a school in the area?

A beautiful Cape May New Jersey Red drum/ Redfish. I caught this one on a swimming mullet lure.

NOAA's Says 91% of Stocks Not Subject to Overfishing, Did Record Number of Assessments in 2017 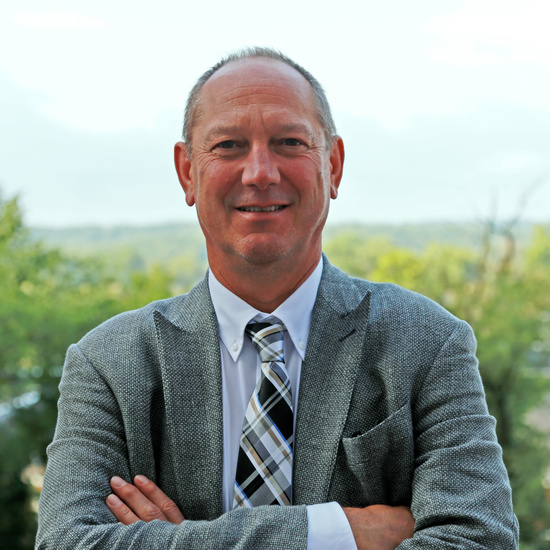 Chris Oliver, Asst Administrator for NOAA Fisheries, announced the release of the agencies 'Status of the Stocks' report to Congress. It  measures the progress the US has made in ending overfishing and rebuilding stocks. Status of the Stocks provides a “snapshot in time” of the status of our nation’s fisheries last year.

NOAA says 44 stocks have been rebuilt since 2000. In 2017, three previously overfished stocks were rebuilt:

Recovery of these stocks has had a major impact on West Coast Groundfish landings, as these no longer represent 'choke' species whose bycatch severely resticted the harvest of other fish.

Oliver said "Ending overfishing and rebuilding stocks provides two key benefits for the American people. First, it strengthens the value of U.S. fisheries’ contribution to the economy, which in 2015 exceeded $208 billion dollars. Second, it supports the communities and marine ecosystems that depend on healthy fisheries."

"With this sound science as our backbone, I believe that there is still room for flexibility and a greater role for common sense in our approach to fisheries management. I am bringing a more business-minded attitude to that process. This Administration is keenly focused on our economic position on all fronts, including fisheries—increasing our production and our exports, and trying to make a dent in the seafood trade deficit."

"We look forward to exploring innovative approaches to fisheries management and working with our partners to ensure America’s fisheries remain the world’s most sustainable," he concluded.

This state's the rapid oceanic warming quite clearly -- and will surely impact us in short order ... if it hasn't already.

Hundreds of Fish Species Will be Forced to Shift North Due to Climate Change, Study Says 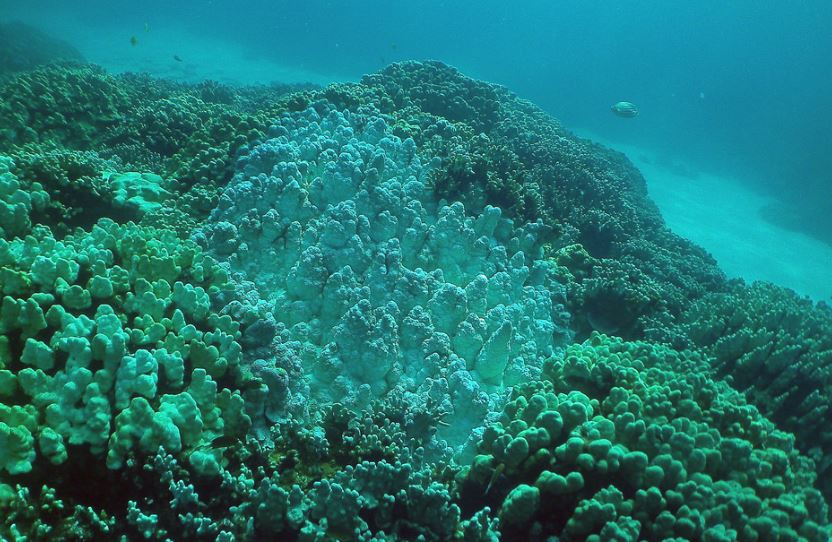 Hundreds of fish and invertebrate species will be forced to shift north to seek relief from warming waters, potentially disrupting the fishing industry on both the east and west coasts of the United States and Canada, according to a new study from Rutgers.

Some species’ habitats will move as much as 900 miles north because of the warming waters brought by climate change, researchers said.

“We’ve already seen that shifts of a couple of hundred miles in a species’ range can disrupt fisheries,” James Morley, a former postdoctoral researcher at Rutgers-New Brunswick, said in a statement from the university. “This study shows that such dislocations will happen all over the continent and on both coasts throughout the 21st century.”

Among the species most affected will be Pacific rockfish, black sea bass, and Atlantic cod, the Rutgers statement said.

Morley was the lead author of a study published Wednesday in the journal PLOS One.

Coauthor Malin Pinsky, a Rutgers professor of ecology, evolution, and natural resources, said the shifts in the habitats, which will draw the fish with them, will often mean longer trips and higher fuel costs for fishermen.

The study looked at the North American continental shelves on the Pacific and Atlantic coasts. Reearchers used 16 different climate models to develop projections for future ocean temperatures. They were combined with statistical models of the temperature preference of various species, based on surveys of fish caught in bottom-trawling, the university said.

Researchers found that even if the world were to observe goals set by the Paris climate accords, fish would shift northward. But in a high-emissions future, the shifts in habitat would be two to three times greater, the university said.

Studies say the region’s cod population is at historic lows, the Globe reported last year. Pinsky said cod stocks are below what the habitat could support, mainly because of overfishing, but the cod habitat will be moving north in coming decades, according to the new research.

Eventually, the habitat in US waters will dwindle by 90 percent if greenhouse gas emissions continue. The decline would be less severe if the Paris climate accords are successful, he said in a telephone interview.

Lobsters will also continue to be on the move, the researchers predicted

In the colder waters off Maine, lobstermen have been hauling in record catches. But south of Cape Cod, the industry has collapsed. In some areas, catches have plunged 90 percent below their peak in the late 1990s, the Globe reported in December.

“American lobster is projected to shift another 200 miles further north, with much more of the prime habitat shifting into Nova Scotia and even further north if greenhouse gas emissions continue,” Pinsky said in an e-mail.

“Recovery is going to be very difficult if we continue on this trajectory,” he said.

Another study, in 2016, warned that dozens of marine species from the Carolinas to New England would be threatened by the warming, changing currents and increased acidity expected to alter the region’s waters.

EYES OF BEHOLDER: It was rather long ago … but not far away, I lived in Beach Haven. Dusting off my memory of those days, I clearly recall the big buzz – the big and angry buzz – about a total eyesore that had been built on the Boulevard. It was an emotionless, out-of-character, brick monstrosity, taking up almost an entire city block. For many, if not most local folks it was a WTF, what-were-they-thinking bank building that looked more like it should be somewhere out in the Midwest – sporting a cowboy gallop-up window.
I guess that sense of unbeachy brick-based ugliness has stuck with me, ingrained, since I see absolutely no aesthetic loss with the upcoming razing of that never-fit-in thing.
At the same time, I spent many a pre- and teen summer night sitting thereabouts, watchin’ the girls in sexy clamdiggers stroll aimlessly by – aimless being the only direction we traveled in a town that was surely not catering to, or seemingly concerned about … kids. Back in the day, finding something to do was neigh impossible for anyone under drinking age. Stoop-sitting on the bank “wall” was a summer’s night social highlight. That didn’t mean we liked what we were sitting in front of – though we were never rousted from sitting there, as we routinely were from sitting on the curb at Bay Village/Lucy Evelyn. But I drift. I just wanted to offer a tad of irony between what was publicly thought about the bank building when first built and the seeming nostalgic respect it has today.

This summer's what-could-possibly-go-wrong must-have for LBI:

Why I collect old 2-bys from tear-downs and such. While this is a photo of two different woods, the ring formation is the comparison-point. ...