Thursday, January 21, 2016: Blizzard warning have been issued for us – yet the Weather Service has simultaneously offered predictions of us getting no more than a mere few inches. That doesn’t constitute much of a blizzard, defined as “A storm with considerable falling or blowing snow and winds in excess of 35 mph and visibilities of less than 1/4 mile for at least 3 hours.”

Other weather services have snow accumulations for coastal Ocean County ranging from virtually nothing to well over six inches. Snow lovers picture a foot or more. Interestingly, the more snow we get the less flooding, since the winds will have switched to the less-damaging northerly direction. (See wind direction stuff below.)

Such variation in snow amounts reflects the nearly indecipherable variables when trying to micromanage forecasts, which can be based on a dozen or more advanced computer models, all bandying about input from assorted historical sources.

It's easy to be blindsided by too much input ...

TOO MUCH VIRALITY: With the lingering Sandy PTSD feelings still in play, the guessing at storm intensity has gone viral. Social media has more forecasters than it can sanely handle.

Sure, I’m a bit of a forecaster but I fully admit I’m simply reading and crunching computers and charts, mimicking true and trained professionals. The one thing I can add of an LBI-centric nature is my having been through over 50 years of coastal storms. I’m highly qualified to add purely anecdotal input. Which is exactly why I have suspicions about this storm. I could have sworn I’ve seen storms just like this, often, over decades past, and they never once garnered this much insane and inane public furor. Sure, they flooded roadways and ate beaches down to the bone but I’m still standing. 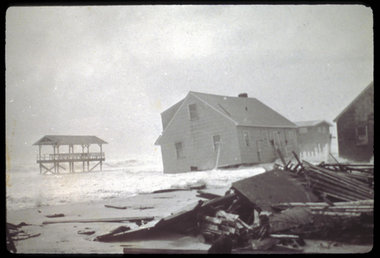 What is most different about storm forecasting nowadays is the almost insufferable earliness of initial predictions. We’ve already weathered a week of commotion over so-called Jonas, named exclusively by the Weather Channel. (The Weather Service uses no such names.)

All this pre-hype and hollerin’ on Facebook and we still haven’t reached the actual storm. Hell, it now has a better chance of being more anticlimactic than a star-studded storm.

FLOOD CONCERNS: As of now, the possibility of moderate flooding is being forecast, having been slightly downgraded a bit from yesterday’s predictions – and able to be hiked upward tomorrow – when the most reliable forecast to date will be offered.

That said, the possibility of deep flooding – and even property damage -- are not off the menu. In fact, I fear for Cape May and Ocean City, based on some onshore wind flow projections. Down there, they’ll be getting winds at a very acute onshore angle. Now that’s bad historically or modernistically speaking.

For LBI, I now see us as getting blasted by northeast winds, more so than east-northeast. That doesn’t sound like much, as the compass flies, but it’s huge. The more northerly the winds, the better the chance of the ocean running parallel to the beach, instead of up and over it. Does it mean greater beach erosion? You better believe it.

Of note, northeast winds actually blow floodwaters north-to-south through the bay. The water isn’t as likely to stack (get trapped) during successive tides, like during Sandy. Of course, the shoaled-up pinch-point of the Intracoastal Waterway, just south of bayside Beach Haven, means the blown water can’t readily evacuate Little Egg Harbor. That’s not good news for flood-prone areas of bayside Queen City.

As mentioned, the northeast wind angle makes for a beach-wrecking hit. We’re going to see some insane-looking cutaways where replenishment was just done.

Inexplicably, some folks are moaning, “There goes your beach replenishment.”

Actually, this is exactly why the sand was placed in the first frickin’ place. You can’t tell me folks in the areas with replenished beaches aren’t feeling safer right about now. 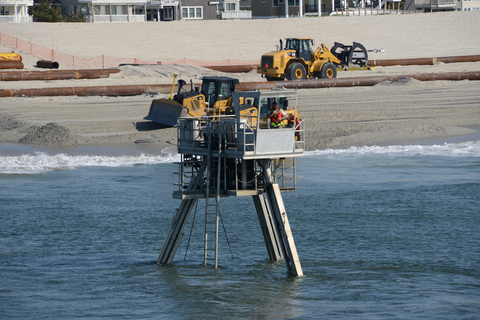 There is also the looming issue of the unreplenished beaches of Beach Haven and Holgate. Boy, could it get ugly for Great Lakes Dredging and it’s suspension of beach-fix work – even if this hit is just a close call. Might one re-explore why the Beach Haven and Holgate area was put on back-burner when the project began. Was Great Lakes ever told: “Are you crazy?! We can’t have beach replenishment during the summer!”

One thing I can guarantee is the beach sand, which could look long-gone after this blow, will return rapidly -- as is the science behind replenishment, i.e. keeping the sand in the beach and sand bar zones even during storms.

As to Holgate, it will break asunder in the erosion zone at the north portion of the refuge. Ocean and bay with swap foam in a big way. I think it will be a wide overflow more than a new channel. The area south of the breakpoint will be left to its own breakaway devices, becoming a Tuckerish Island unto itself. Will it reattach, post-blow? I believe so, but will be way worse for wear – a sand-blown wasteland.

As to evacuating, if you’re scared, head to the hills. No shame at all. I think most LBI folks are staying put. I might also point out that the state has to strongly ponder the advisability of calling an evacuation – sending loads of folks into a blizzard and whiteout conditions further inland. Thanks Gov.

For me, this would all be very exciting and interesting if there wasn’t so much bad blood flowing through the veins of  social media, where ugly comments are being exchanged between doomsdayists (who might be right one of these days – or not) and saner souls who, like me, just want this storm to get started.

I will be on close-watch tomorrow when the truest forecasts will fly.

Weather the storm by finding a nice warm place and ...

The chatter about this weekend’s snowstorm has reached a fever pitch. And while snow total maps are de rigueur for any weather site worth its road salt, it’s the coastal flood impacts that could also go down in the record books and drive major damage.

Areas north and west of Washington, D.C. are under a blizzard watch from Friday afternoon through late Saturday. The National Weather Service is warning of “potential life threatening conditions” due to strong winds and heavy snow. Parts of the Washington, D.C. area could receive up to of 3 feet of snow, putting this storm in the record books and paralyzing travel in the area.

Hurricane Hunters are planning to survey the storm on Thursday while local National Weather Service offices around the U.S. are launching extra weather balloons, all in an effort to gather more data to feed into forecasts in the coming days. The intense efforts underscore just how serious this storm is and fears that it could end up ranking among the biggest and most costly storms to ever hit the region.

While the snow is certainly the most notable and visual phenomenon, parts of the East Coast could also face a major storm surge event that could wreak havoc and up the damage. The fact that the storm is slow moving and showing up during the highest tides of the month means prolonged flooding is possible, particularly around the Chesapeake Bay and parts of New Jersey and Long Island. The National Weather Service Mount Holly, N.J. office, which covers the Jersey Shore and Philadelphia, is already anticipating a top 5 coastal flood event.

On Saturday, powerful winds in excess of 60 mph could whip up waves that could reach 30 feet. As they come ashore, beaches will take a pounding and face widespread erosion.

Models also show a current storm surge of around 5 feet coming ashore with Saturday’s high tide. In Cape May, N.J., the current forecast high tide mark on Saturday evening would be the third-highest on record while Atlantic City would come in at 10th in the record books, according to Stephen Stirling at NJ.com. That could push water inland and cause widespread property damage.

"Looks like water levels may rise 3-4 feet above predicted non-storm levels at Sandy Hook, Atlantic City and Cape May," David Robinson, the New Jersey state climatologist, said in an email. "The non-storm levels take into account the astronomical high tide from the full moon, so these are hefty totals. This may challenge past winter storms such as March 1962 and December 1992, but that would be considered worst case scenarios right now. This event will last through several high tides (unlike most tropical systems) but likely not as many as in '62. Thus if I was to pick an event that it might challenge best it would be '92."

Over at Slate, Eric Holthaus warns that this storm could rival the surge from Hurricane Irene in New York, which came within a foot of inundating parts of the city’s subway system. Sea level rise of about a foot in New York has made flooding much more likely, though whether it plays a role in this storm remains to be seen.

And of course there are a number of other factors that play a role in how high waters will go.

“The height of the surge depends on the strength, direction, and fetch of the winds as well as the specific bathymetry (shape of the ocean bottom) and coastline configuration,” Adam Sobel, head of the Columbia Initiative on Extreme Weather and Climate, said. “And the total flooding depends on the peak surge relative to high tide. That is even more uncertain this far out, although if it's a slow-moving storm then it doesn't matter as much since the surge could stay high through a couple of tidal cycles.”

One thing that is certain is the costs the winter storm flooding can incur. An ongoing analysis of 53 East Coast winter storms from 2001-2012 by other Columbia University researchers shows that inland and coastal flooding caused nearly 65 percent of all total storm damage.

Future flooding will be even more costly as seas rise, with some research indicating it could cost the world’s biggest cities trillions annually by 2100 unless actions to adapt are taken.

Lighten up with cats and cucumbers ... https://www.youtube.com/watch?v=_BRp7ezUqbI 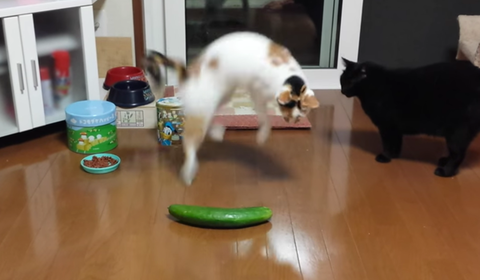 A 5 foot tidal surge ?  Yawn. '92 was 11. Only Sandy beat those floods in my lifetime. I have the Sandpaper from that epic December blast. The pictures are hard to believe.