This little chickie went to ...

You can’t get a brighter sun in this day and age. It is doubtful we’ll ever see the sky in a primordial blue. Even on days like today – or when in the Rockies – there is still an upper-atmosphere haze, more exactly a chemical haze. Then there is the mid-atmosphere suspended particulates, like the famed jet vapor trails, often called contrails, short for “condensation trails.” I like repeating the story about shortly after 9/11, when all air traffic was grounded over America, how noticeably clearer the sky became – accompanied by a startling rise in average surface temperatures due to the disappearance of midlevel pollution.  I also warn – in the oddest of warnings – that losing all that midlevel pollution right about now could fry us, when combined with climate change temp increases. 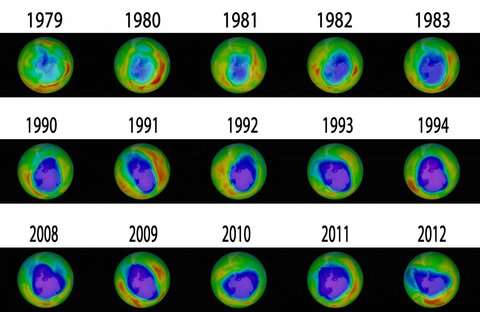 That is NOT to suggest that helping the ozone would also leave us out there like walking pieces of frying chicken. A healthy ozone layer is the best – and only -- protection against a solar scalding. Fix the ozone and we could safely remove all midlevel pollution and usher in crystal clearness – with skies so deep blue we’d have to wear shades just to view it.

TBT. Here is one of the earliest tourist-enticing maps of LBI (1920s), printed for "Long Beach Island Day," which (mercifully unsuccessfully) tried to dub LBI as "The Isle in the Sun." Overlooking the obvious misplacement of Surf City, one wonders whatever happened to Edgewater Beach, Bonny Beach, Bonnet Beach, Highland Beach, Beach Haven Heights, and St. Albans Beach. I know about now-gone Bonds Beach and Beach Arlington – and semi-gone High Point. Those other way-gone places might have been devised to make LBI appear beachier. 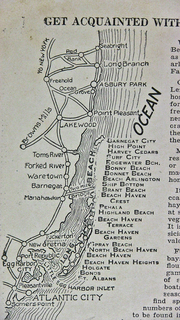 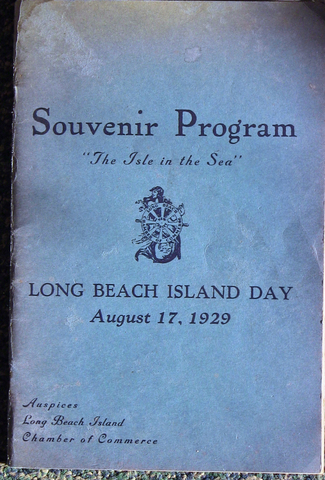 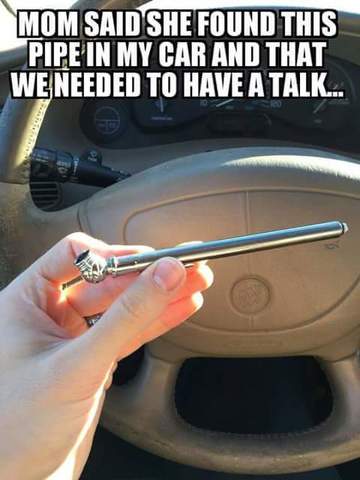 Recognize the material this belt is made from? No you don't. It's salmon akin ... and an amazing form of full utilization of wild-caught salmon. (This is not a paid advert. I just like the concept.) 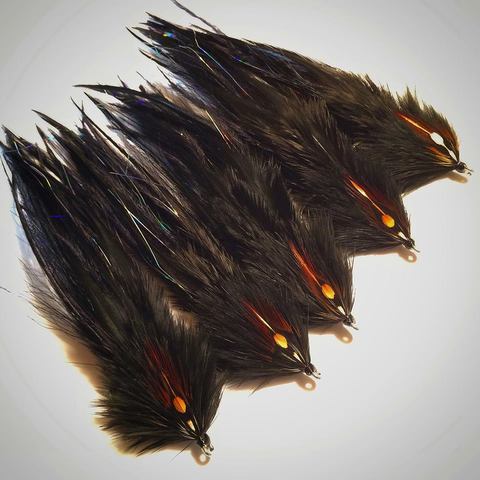 Remarkably, Alex has undergone the transformation into a hurricane. It's the first hurricane to form in the month of January since 1938, and the first hurricane to be present in this month since Alice of 1955. (Alice formed in late December 1954 and carried over into January 1955.) Alex's maximum sustained winds are near 85 mph (140 km/h) with higher gusts - a Category 1 hurricane on the Saffir-Simpson Hurricane Wind Scale. Little change in strength through Friday is forecast.

At 1100 a.m. AST (1500 UTC), the center of Hurricane Alex was located about 490 miles south of Faial Island in the Central Azores, moving toward the north-northeast near 20 mph (31 km/h). A turn toward the north with an increase in forward speed is expected over the next day or two. On the forecast track, the center of Alex will move near or over portions of the Azores Friday morning.

Tropical-storm-force winds are expected to begin over portions of the Azores tonight. Hurricane conditions are expected to spread over the central Azores by early Friday. Wind speeds atop and on the windward sides of hills and mountains are often up to 30 percent stronger than the near-surface winds indicated in this advisory, and in some elevated locations could be even greater.

Alex is expected to produce total rain accumulations of 3 to 5 inches over the Azores through Friday, with possible isolated maximum amounts of 7 inches. These rains could produce life-threatening flash floods and mudslides. A dangerous storm surge is expected to produce significant coastal flooding near and to the east of the center of Alex. Near the coast, the surge will be accompanied by large and destructive waves.

Get the latest on this tropical cyclone by visiting the NHC website atwww.hurricanes.gov

The rule is central to NOAA's push to expand the role of aquaculture in the nation's seafood supply (Greenwire, Nov. 20, 2014). The Gulf will serve as the first step, signaling the agency's intention to take a more central role in regulating an industry still in its nascent phase.

In a press release, NOAA emphasized that the plan could "open the door" for other regions.

"As demand for seafood continues to rise, aquaculture presents a tremendous opportunity not only to meet this demand, but also to increase opportunities for the seafood industry and job creation," NOAA Administrator Kathryn Sullivan said in a statement. "Expanding U.S. aquaculture in federal waters complements wild harvest fisheries and supports our efforts to maintain sustainable fisheries and resilient oceans."

The Gulf plan comes after years of false starts. The Gulf of Mexico Fishery Management Council first approved an aquaculture plan in 2009 and sent it to NOAA to implement.

But NOAA did not propose regulations until 2014. Yesterday's final rule allows the council to manage aquaculture as it does fish stocks.

Environmental groups have objected to the idea in the past, voicing concerns over allowing regions to test out aquaculture rather than releasing a nationwide framework. Critics also worry that such farms could compete with fishermen or affect the wild species they harvest.

But opposition has waned in recent years. Today's most vocal critics come from food safety groups that assert that standards aren't strong enough.

In announcing the final rule, NOAA emphasized the environmental precautions it will take. Farms are prohibited in marine protection areas and coral reef habitat. Permits require ongoing monitoring and inspections, and farmers will only be allowed to raise native species such as red drum, cobia and almaco jack. The rule also prohibits genetically engineered fish.

Up to 20 farms will be able to set up giant cages in federal waters, each with a 10-year permit that is renewable in five-year increments. Permit holders will be allowed to also maintain a hatchery.

The aim is to prove that such farms can be environmentally sustainable. In 2013, NOAA released a technical paper that provided guidelines for minimizing negative effects. Limiting farms to native fish, for example, reduces risk if fish escape. And putting farms in deep, well-flushed waters can prevent buildups of nitrogen and phosphorus from cages that contain tens of thousands of fish.

NOAA's final rule also puts in place a regulatory structure that hasn't existed before. Until now, commercial farms that wanted to set up shop in federal waters had no blueprint.

The Army Corps of Engineers approved three offshore mussel farms last year, but a recent report warned that the agency does not have adequate expertise to consider competing ocean uses and environmental impacts (Greenwire, June 5). The corps and U.S. EPA are now considering a fourth application for a fish farm in federal waters off California, according to NOAA.

Currently, no farm has begun to operate in federal waters. States host the nation's aquaculture, generating $1.4 billion in value in 2013.

"This is all about managing and expanding seafood farming in an environmentally sound and economically sustainable way," Michael Rubino, director of NOAA's Office of Aquaculture, said in a statement. "The permit process we've laid out accounts for the region's unique needs and opens the door for other regions to follow suit."

To view this email as web page
click here

Just pulled the trigger on new power for the Bay Boat! We have had such good luck with the Mercury 150 Four Strokes on the Duck Boat it was the obvious choice for the lightweight bay boat.
Mercury did a test on a Key West 210BR which is nearly identical in size, style and weight to my Hydra Sports 22 LTS (See pic below). The performance numbers speak for themself.
I'll be running a Bob's Machine Action Jack and a Mercury Racing Lab Finished Prop for even better performance.
The fuel MPG numbers are like nothing I've ever seen!!!! 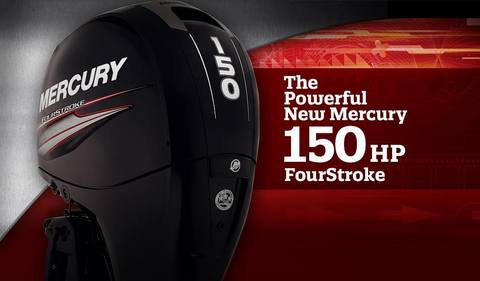