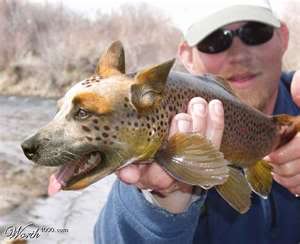 Thursday, December 17, 2015: Is there a song “Let the rain come down”? Well, there should be. Our wetness deficit needs to be shaved down for those of us still working/paddling the Pinelands creeks. What’s more, this bit of so-called bad weather isn’t going to be bad for long. The winds, though, are in one of those tag-team matches where rowdy east winds tag-off to wild west winds. I’m still hoping for ever-so-slight breaks in the gusts come Saturdays and, especially, Sunday morns.

(If you could guide any new readers to this site, I'd greatly appreciate it. A "Share" sometimes helps on Facebook.)

Further below, you’ll see story about changes in the commercial dogfish harvesting rules. Seems there is a concern about the dogs being over-fished.

I can only speak from the highly anecdotal recreational side but any decline in once-called sand sharks is news to us. At the same time, I’m not as poised as most folks to automatically condemn data. However, we all know there is good and bad science –offered by scientists, good and bad. However, there is also what might be called immoral science. I’ll explain.

In one of the oddest segues in the history of this column, I challenge you – damn near beg you – to take time to watch the PBS exposé entitled, “League of Denial: The NFL's Concussion Crisis,” a FRONTLINE presentation.

You can watch it in its entirety, right now, for free, at http://www.pbs.org/wgbh/frontline/film/league-of-denial.

It offers terrifying proof that doctors and scientists can be bought; purchased to the point they will spew forth company bullshit while literally endangering lives.

In this helmet case, doctors and researchers, obviously purchased and paid for by the NFL’s corporate empire, openly asserted that college and professional football players suffer no long-term or health-stealing brain damage from repeated impacts. Then they offered the unthinkably heinous medical advice that even high schoolers and children are in no danger from football-related head blows. Those corporate drudges knew, full-well, they were flagrantly lying to protect a sport – and surely to protect paydays to die for. If it can get any worse, they knew the sport could devise means to greatly reduce the head trauma dangers of the game. But to suggest better equipment might be construed as admitting the sport was, in fact, a brain jostler ...

But that’s not what this case is really about, is it?

While I feel a bit guilt-ish by leading into such a life-and-death issue through a fishery issue, it’s one way to duly warn – while not lowering catch-all accusations -- that science can  range from trophy-level to garbage-level.

In college, I was perpetually told that science, trophy science as it were, must go through a checks-and-balances system. This is to assure, firstly, all findings are repeatable (able to be proven through peer review) and to assure findings have not been skewered/fudged to fulfill some biased ends. Even layman should approach scientific data, especially emerging scientific data, with a critical eye to detail.

Sidebar: I won’t soon forget that my dad, eventually felled by smoking, lived through decades of despicable tobacco industry scientific hype, hailing the health benefits of smoking. I also recall my personal horror during the 1950s and 1960s when non-corporate science began exposing the insufferable impacts of tobacco use. It was too late in my family.

Again, I’m absolutely not equating fishery management with such deadly and devious ends, only vicariously prodding one and all to take every grain of emerging science – and even some of the old book science -- with a grain of salt. 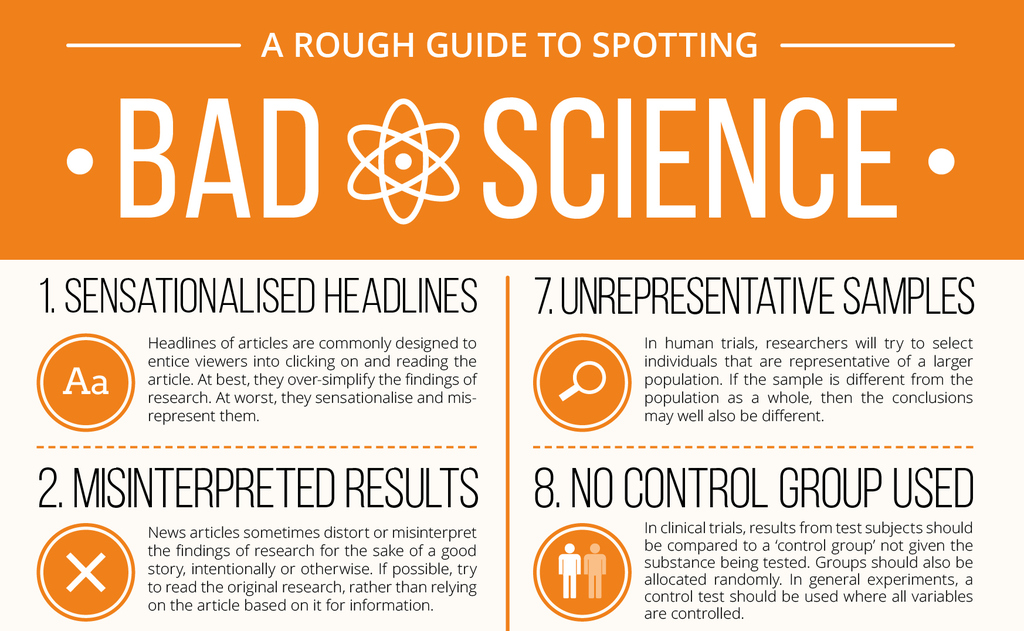 I liken science to Longfellow’s little girl: When she was good, she was very, very good; and when she was bad, she was horrid. 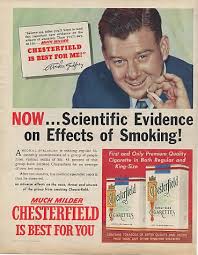 DOVER, Del. The Mid-Atlantic Fishery Management Council has revised harvest rules for the spiny dogfish that had been recommended for the 2016 fishing year.

At a meeting last week, the council approved a revised acceptable catch limit of about 52 million pounds, and a commercial quota of 40 million pounds.

Officials say the revised commercial quota is about 60 percent higher than the originally recommended quota for 2016.

The council had recommended substantial reductions in spiny dogfish catch limits for 2016, including a 50 percent cut in the commercial quota, in response to findings that the stock biomass had decreased markedly.

But the council expressed concern about data used for the initial recommendations.

Here's the marine forecast for Friday thru Sunday, Dec18-20:

Perfection! All that W and NW is going to flatten out the ocean. We can cruise North to South all we want in calm water looking for birds and fish. I say fish instead of stripers because there's a big body of gator blues that have invaded our area. I think it's fine because they mix well with the bass and they offer great sport on any tackle. They might not be anyone's choice for the table but it's hard to beat for sport. Especially at this size, these are legitimate 10 to 18 pound blues. Most of the bass we had on our last few trips were in that 24 to 28 inch slot, we had a few over 28's. We have the bonus tags for everyone on board to keep one of these fish if you like.

There's been a lot of birds and readings allowing us to break out the 10 pound spinning gear. If that slows up, we always have the trolling gear, but only if you guys want to troll. There's a lot of opinions in that arena. Some guys "do not want to troll" under any circumstances and some want to catch by "any means possible". I understand both sides and usually approach it as we will always try to cast or jig lures with the spinning and conventional outfits first. Or snag and drop bunker. But if none of that is working and we don't have the readings or birds to make us feel like our effort might get rewarded, then we troll. Lately, that's been working really well. The smallest Tony Maja spoons, number one size in chartreuse. Umbrella rigs and Mojos. They're all hooking up. The good thing is I haven't had to put out the heavy bunker spoon rods with 300 feet of wire. Instead we have been using our 5 1/2' rods with smaller reels and only 150' of wire. We're fishing in tighter to the shoreline so these rods are perfect and they don't beat you up as much.

Water temp is still hanging in the low 50 degrees and the air temps for the weekend look like 30 to 40 degrees, more normal for this time of year, but still not bad. After that we go right back up to the 50's with some 60's next week! We are going to keep sailing every day availability as long as the fish are here and the weather stays like this.

Nick Honachefsky with James Amore and 4 others. Rubber Shads , there very well not be a better lure to use both out front and in the backbays this time of the year. They have been a go-to for me as long as I can remember late in the year as the action of the paddle tail creates solid hits whether you fish them fast/slow and Shallow/deep very versitle. There has been a lot of talk about white ones it seems but don't pass on using the classic bunker pattern by STORM and other companies when bunker are around you will not be dissapointed. 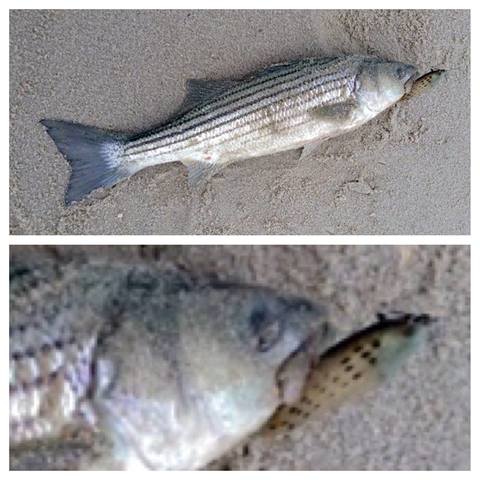 Congress Votes to Require Labeling of Genetically Engineered Salmon, at least for 2016 The Omnibus spending bill that will be voted on by both House and Senate this week contains a prohibition against sale of genetically modified salmon until the FDA publishes labeling guidelines and a means to inform consumers of salmon with genetically engineered content.

The language was inserted by Alaska Sen. Lisa Murkowski, who has repeatedly called on the FDA to require labeling.

Section 761 of the bill also directs the FDA to spend not less than $150,000 to develop labeling guidelines and implement a program to disclose to consumers whether salmon offered for sale to consumers is a "genetically engineered variety."

This is the type of restriction that the Alaska delegation and others have been working towards.   The current requirement covers 2016 only, and no genetically engineered product was expected to be sold next year by AquaBounty, which said it would take at least two years to come on to the market.

However, the congressional language is the first time that a specific label for genetically engineered foods has been required.   Congress also refused to overturn individual state legistlation on labeling of GMO products.