Thursday, December 08, 2016:Recent relatively calm winds allowed remaining boat bassers to tap into the still-there striper biomass right off the beach, both LBI and IBSP. The fishing pressure has really dropped, though I know the hyper-hardcore fishing folks of LBI keep going out right into the New Year, if at all possible.

As we await the coldest air of the season, I’m actually looking further down the weather line to the opposite, with a bounce back into the 60s by next week – with another batch of needed rain in the mix.

Not to worry, snow lovers. As I conjectured a while back, we won’t see local whiteness but you won’t have to drive all that far to get flaky. That nearness to whiteness should play out many times this winter -- which hasn’t officially started yet.

Here's a look at the common pattern: 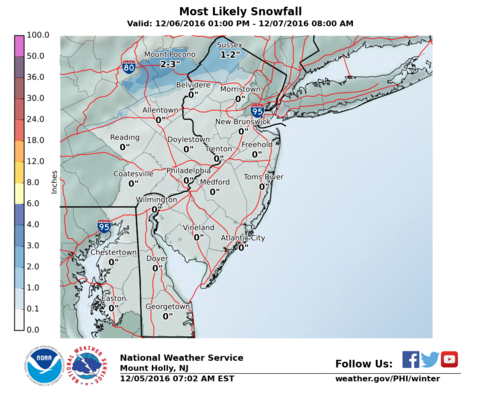 Winds will make it horribly hard to get any boat fishing in, especially wreck fishing. I'm told the wreck fishing is excellent if and when you can sit on them. SCA for days to come, maybe a window of opportunity by Sunday.

The ocean temps are fairly normal right now, with some slightly above normal 50-ish readings not that far out in the ocean, per buoy reports. Those slightly further-out water temps can dictate both the (low) odds of large snows along the coast throughout winter and also, to a more complex degree, how much low pressure systems explode when moving off the cost, most influentially just to our south, i.e. Hatteras lows. I’ll reiterate that we’re still seeing large grounds swells following the rapid storms that move off the coast. That’s the influence of intensification related to warmer ocean surface temps.

Len and I communicated professionally and personally on many a state and Island issue over a solid 25 years. He was always the consummate gentleman and a highly-approachable political official, totally fine with being called at home. At the same time, he was known as “The bulldog” in Trenton, fighting for his constituency.

Len also did a stint as a commercial fisherman.

Less obvious than his outstanding political work in Trenton and Surf City was the amazing impact he had on how all towns on LBI were governed. Island political leaders always kept an eye on how Len/Surf City did things to figure the best way to handle local matters. The perks he got for this area are immeasurable.

It’s a tribute to his famed perseverance that he stayed involved in governing as long as he did, even when his health began to take a slide.

You often hear the overused expression, “He will be missed.” In the case of Leonard Connors, it will be proven out. 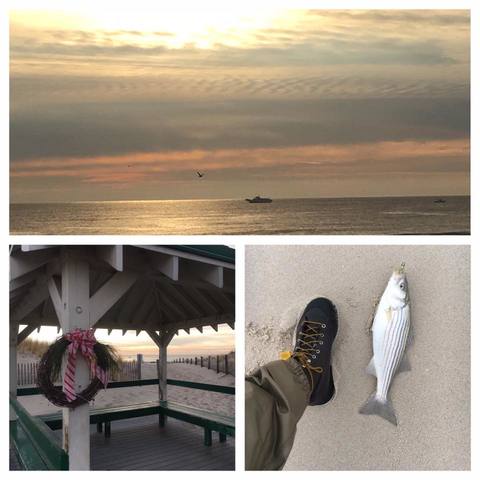 Below: This is far from a rarity. Thought-dead deer, even when shot and down, often have a final fight/flight jolt in them, which is why many a hunter does a poke test before grabbing hold. And inch in either other direction and it would have been an eye-shattering hit. 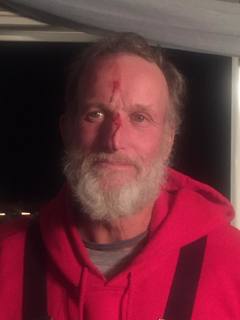 Boy does this look mighty tempting on a chilly, cloudy NJ shore day:

"What a Feast here at the Hobie Fishing Worlds Championship in Louisiana" ...
Ron Champion 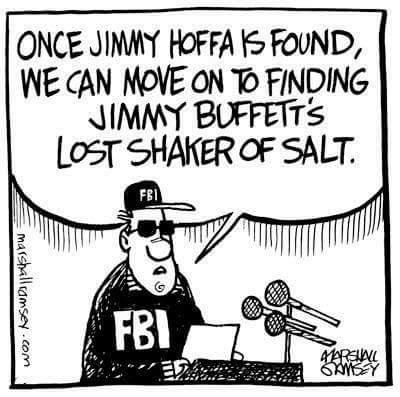