Sonic tremor ... or whatever ... hit LBI at around 4:26 (when I checked the time). Facebook was on it in a flash. The rumble also flashed across the phone systems at local PDs. Per my read on FB, it sure seemed LBI felt it most, though many reports came in from the mainland.

I'm one of many who felt it like a prolonged sonic boom, however, the flyboys, like the local 177th, which often bombs the crap out of the Warren Grove Gunnery Range were not in action.

Next up are my buddies up at the Joint Base McGuire-Dix-Lakehurst. Munitions are routinely destroyed at Dix but the base faithfully pre-warns folks in the feeling area. No mention at the likes of https://www.facebook.com/JBMDL.

I'm not sure why, but booms from the joint base often sound off loudest many miles away.

I'm not saying the military is the source of the rumble, just offering the usual local suspects.

I can;t be the only one who gets a lot more nervous nowadays with earthshaking rumbles. At best, my afterthought is always how small one can feel when the whole world commences to shaking.

Just came off a few days of good striper fishing before all the rain and fog shut us down. Now we are back in a W/NW wind pattern for as long as the forecast goes. That means calm seas and hot migration fishing. On the days I was not chartered this past week, I spent a few days running offshore looking for castable bluefin tuna, but never saw one. That's what makes it a hard trip to offer for charter. Spending a full day hunting and not even getting to cast is probably for the minority. Though it has not suppressed my desire to hunt for these elusive fish, in fact, it's making me hungrier to find them. We finished off each day of tuna hunting with some really good surface striper action between Lavallette and Seaside Park at the three mile line. Tons of birds and swirling bass and gator blues. We threw swim shads on our 10 pound spinning outfits. We also trolled some heavier fish on full size spoons and Mojos in the same area.

This is going to run into Christmas at least so get ready.

Thursday, December 01, 2016: It’s clearer than clear out there. Some areas saw almost an inch of air-cleaning rain though my backyard didn’t fare that well. It was a drop in the drought bucket, in both a good and a fall-short way. I’ll be doing some outback time over the next few days, while still getting in a decent shot of beach time.

These shorter days put things on a fast-track for me, as in hurry up and wait. The "wait" being after-dark hours when I get my writing in – and still have too much time on my hands. Maybe I should take up decoy carving. The surf is still riled and an off-color tannish. The waves are a few/four feet but the gusty westerlies look to be knocking them down quickly, unlike the recent batch of post-front groundswells that kept the waves large for days on end.

Today’s winds are too much for many/most boat bassers, though I’m seeing a few larger vessels heading north off Surf City. There could be a window of bassing opportunity for you guys tomorrow before another batch of SCAs move in for much of the weekend. Fishing pressure is very low along the beach today, however ,t will pick up significantly starting tomorrow, as folks arrive for Ship Bottom Parade weekend … and the last weekend of the Classic. In the good-old past, I’ve seen winning fish caught on the very last day. I should know since I once had the largest bluefish (18-something) right up to the near-end before Tony C. brought in a bigger one as the clock ticked down. What's the sound of ka-ching going down the drain?

A number of folks are taking the drive up to IBSP. Can’t blame them … leaving a sinking ship. I don’t mind their abandonment since one fellow is so loaded up on bass (via both boat and beach) he said he'll likely be dropping off some fillets for me … though I’d gladly clean them myself.

I often get a more in-depth read on the insides of fish during cleaning and/or filleting. I look at the stomach contents then move on to the overall internal health of the fish. Undersized organs and also small brown granulomas on liver or gonads indicates diseases like mycobacteriosis or photobacterium.

In larger fish, I keep the otoliths, aka ear bones. When I get enough of those little buggers, I think I’ll mount them inside resign. 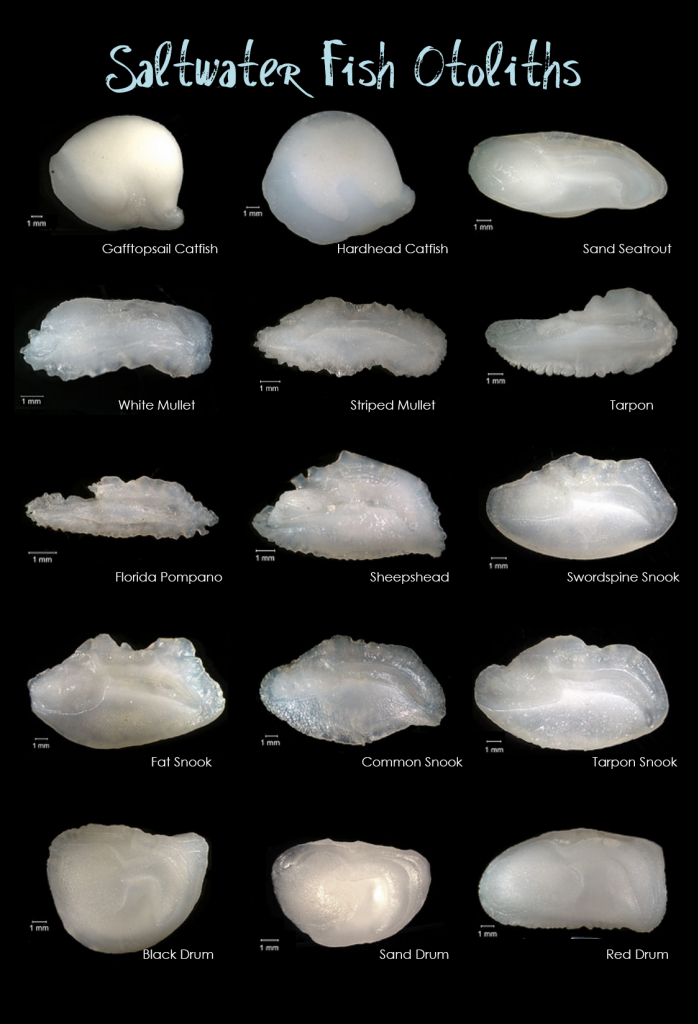 One other “cleaning” thing, I often cook smaller stripers in the round to maximize the meat take. 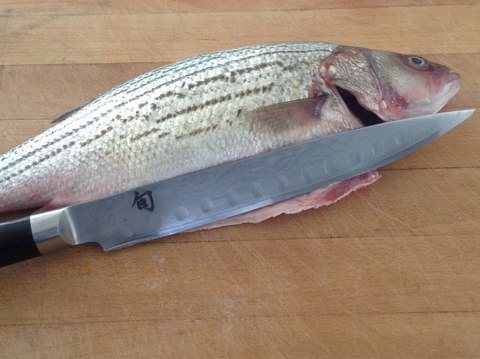 Here's the smallest jump starter yet. Every beach buggy should have a jump starter. I only needed one once but it was a drastic situation with night falling.

Never worry about getting stranded with a dead car battery or dead cell phone with the Pocket Jumper.
Now you can have reliable back-up power with you at all times. Gone are the days of big bulky jumper cables
with the Pocket Jumper, the world's smallest and most convenient automotive jump starter!

Every Pocket Jumper includes the smallest jumper cables on the market plus various adaptors. There are several ways you can re-charge the Pocket Jumper with its included adaptors.

Further proof of a rat's ability to adapt t adversity ... and even grow stronger.