Thursday, August 24, 2017: We are moving into what could become not just a long but an ultra-long stretch of cool, fishable weather

This week's "What could possibly go wrong?"

Thursday, August 24, 2017: We are moving into what could become not just a long but an ultra-long stretch of cool, fishable weather. Image closing out August with days of high temps barely getting out of the 70s. That coolness will come with east winds, blowing in ocean water that will likely finally break the 80-dgrree barrier. In fact, the onshores could get a tad testy for boat anglers lapping up the last days of fluke season.

I should mention the distant chance of the unstable onshore conditions spawning a small coastal low pressure. Again, the odds of that are slight but back in the day it seems that the summer season often ended with a nor’easter. Much has changed, sky-wise, since then.

Loads of photos of fine fluke. Sure, these are the best of the best – and finding keepers hasn’t been easy of late – but it shows it’s still well worth going after flatties.

Had a friend offer one of those “best I’ve ever seen” regarding black sea bass, mainly talking about overall numbers. He’s a wreck and reef guru. He also got one of the larger triggerfish I’ve ever seen.

Merely of academic interest, a few more banded rudderfish have been caught.  They’re fairly small, though the seldom grow over a foot. As to their edibility, the species has been implicated in “grouper” misrepresentations at restaurants down south, so they must be decently tasting, despite being in the oft questionable-tasting jack family. HARD TIME WITH HARVEY: I have to bring up Hurricane Harvey, as it powers up in the Gulf, moving toward Texas. It will surely hit as a Cat 3 -- if not higher.

Talk about a doomsday scenario for the impacted region: a major hurricane inching landward, then hanging out right over the shoreline -- possibly even retrograding back over the Gulf to strengthen and return.

Unless some unseen forces draw it further west, areas of Galveston could see 36 to 48 hours of full-blown hurricane conditions. Imagine 150 mph gusts for that long. Rain will surely be measured by the foot. Flooding will be epic. I’d like to hope  differently, but damage is going to be catastrophic, possibly heightened by hurricane-spawned tornados.

I’ve always feared a stalled-hurricane scenario befalling us. It would be curtains for our area, even with a minimal hurricane. Fortunately, steering currents – which hurry things along – are a lot more powerful up here, as opposed to where Harvey is brewing. Still, the Great March Storm -- when the third day was the killer, despite greatly decreased winds – proves how horrific lollygagging storm systems can be.

LOCAL CONCERN: I’ve been putting in posts about thefts and burglaries in Holgate. At the same time, I can’t overlook a car break-in ring arrested recently in Ship Bottom. While this is uncommon, it’s happening nonetheless. As a sincere credit to our police forces, you’d have to be out of your mind to do such thefts hereabouts. Still, these out-of-area numbnuts think we’re ripe for the plucking, i.e. a bunch of coastal yokels. Nonetheless, they’re suddenly out there and that’s where we have to step up. All it takes is some observational skills on our part to make note of their lowdown actions and behaviors – to then pass word on to the proper PDs. To be sure, there should be no addressing the problem on our own. I’ll note from personal experience that photographing or videotaping criminals is not always a great choice in many situations – short of outside cameras and dash cams. Let the pros to the enforcement.

If you must pry, on two occasions things went south for me while I videotaped folks abusing the environment. I frequently photograph bad woods behavior.  In both cases, I was a smidgen too obvious in my video-taking. I was, let’s say, confronted.

With the motorcyclist, I talked my way out of it by pretending I thought his tearing up the place reflected some nice riding. The moron fell for it. There’s a lot more to the story than I can tell, including both of us being on private property -- and me knowing his family.

As to the dumper offloading building debris (Stafford), I was a lot more brazen. I told him to pick everything up … and, just maybe, my video of him committed $10,000-fine crimes gets erased. Despite his having girlfriend beer balls, i.e. he had to look bad-ass for his nearby sweetie, he picked it all up … at HER behest, I should add. In that same incident, I could have been a hard-ass and called him in for a possible DWI, if his breath was any indication. I didn't.

By the by, any photog will tell you that taking pics can get very hairy, very fast. I had new client Mike Herman of NYC out with his 10year old daughter Dani for a 4hr Bay/Inlet charter. Dani never fished for Fluke, but she was a quick learner jigging the S&S BigEye bucktail for two keeper Fluke (18, 18.5 inches). The father-daughter team caught a good number of Fluke with a throwback Sea Bass. We worked a variety of spots in the backbay and some "earlier season" areas are producing with the cooler water temperatures. Great job by both anglers who were new to bucktailing.

Earlier this morning Massachusetts Environmental Police Officers were patrolling the Cape Cod Canal in response to numerous complaints regarding striped bass violations. Officers encounterd a high level of compliance; however, there were also numerous violations of individuals over the recreational limit. Officers observed violators loading their vehicles, hiding fish within the rocks and bushes,
as well as filleting fish. Criminal summonses were issued to five individuals, several civil citations were issued as well.

A total of 332-pounds of striped bass were seized and subsequently donated to the New Bedford-area Salvation Army. A total of 16-pounds of fillets were seized, but due to their condition were found not suitable for human consumption and were ultimately destroyed. Fishing gear was seized as well.

The Beach Haven Charter Fishing Association held its annual Captain John Koegler Memorial Junior Mates Fishing Tournament recently. Several captains made their boats available for a morning of fishing for the teenagers. Despite some iffy weather, all persevered and managed a good catch of multiple fluke, black sea bass, and sea robins. Junior Mate Nick Haws took the first place trophy with a beautiful 20-inch fluke. John Koegler was one of the founders of the BHCFA and a well respected captain and advocate for recreational fishing.

The inshore wrecks and artificial reefs continue to be the spots to catch fluke as the summer comes to a close. Popular spots within a short trip of Beach Haven to find the fish include the Little Egg Reef, the Garden State South, and the Atlantic City Reef.

Captain Carl Sheppard on the “Star Fish” has had non-stop fishing for the last week, running two trips each day out to the wrecks and reefs with parities of up to 17 persons. On every one of his trips all anglers managed to catch fish. Large ocean swells forced one trip of 14 anglers to stay inside rather than head into the ocean. The group caught close to 70 fish, mostly fluke and black sea bass. They ended up with 5 bluefish and one 19-inch fluke in the box.

Captain Gary Dugan of the “Irish Jig” reports plenty of nice fish and says the wreck fishing has produced decent sea bass, triggerfish, tautog, and more. When the fluke season closes on September 5, Captain Gary will focus on wreck fishing until the stripers and big blues make their appearance. Last striper season was outstanding, and he expects this year to be the same.

Captain John Lewis of the “Insatiable” also reports a good supply of fluke and sea bass. He is finding them spread out over a variety of structure and not as localized as they were. As a result, he is moving more to put a catch together, but says the extra work is well worth the effort. He had the Offner family out for some inshore tuna fishing. He saw loads of bait and cow nosed rays by the thousands but could not locate any yellowfin tuna. He did manage to boat and release about 30 little tunny for plenty of rod bending action. 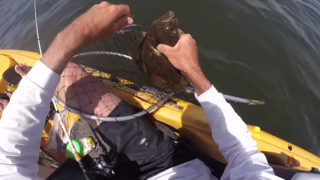 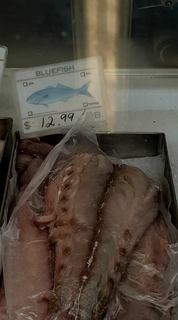 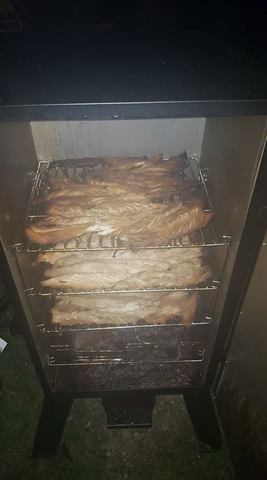 The Seafood Import Monitoring Program establishes for imports of certain seafood products, the reporting and recordkeeping requirements needed to prevent illegal, unreported and unregulated (IUU)-caught and/or misrepresented seafood from entering U.S. commerce, thereby providing additional protections for our national economy, global food security and the sustainability of our shared ocean resources. NOAA Fisheries published the final rule establishing the Seafood Import Monitoring Program (SIMP) on December 9, 2016.   This is thefirst-phase of a risk-based traceability program—requiring the importer of record to provide and report key data—from the point of harvest to the point of entry into U.S. commerce—on an initial list of imported fish and fish products identified as particularly vulnerable to IUU fishing and/or seafood fraud.  January 1, 2018 is the mandatory compliance date for this rule.

Overview of the Final Rule


A Cape Cod politician is proposing a strategy that would involve killing great white sharks for public safety.

Barnstable County Commissioner Ron Beaty announced a proposal Tuesday for a “targeted, localized shark hazard mitigation strategy,” based on a sharp increase in shark-related incidents in the Cape Cod area.

“This proposal entails use of baited drum lines being deployed near popular beaches using hooks designed to catch great white sharks,” Beaty said in a statement. “Large sharks found hooked, but still alive are shot and their bodies discarded at sea.”

Beaty asked for feedback to his proposal, which prompted a response from the Atlantic White Shark Conservancy, which says the presence of white sharks is an indication of a healthy ecosystem.

“The proposal by Commissioner Beaty to kill white sharks to improve safety has been trialed in Western Austrailia without success,” the conservancy said in a statement. “According to the Western Australia Fisheries...there was no evidence that the cull made beaches safer.”

Officials said the inshore waters off many Cape Cod and South Shore beaches are preferred feeding grounds for white sharks and advisory signs and warnings are provided to beachgoers.

“The Atlantic White Shark Conservancy believes the proposal made by Commissioner Beaty is ill-considered, indiscriminate, and will not influence beach safety," the response said. 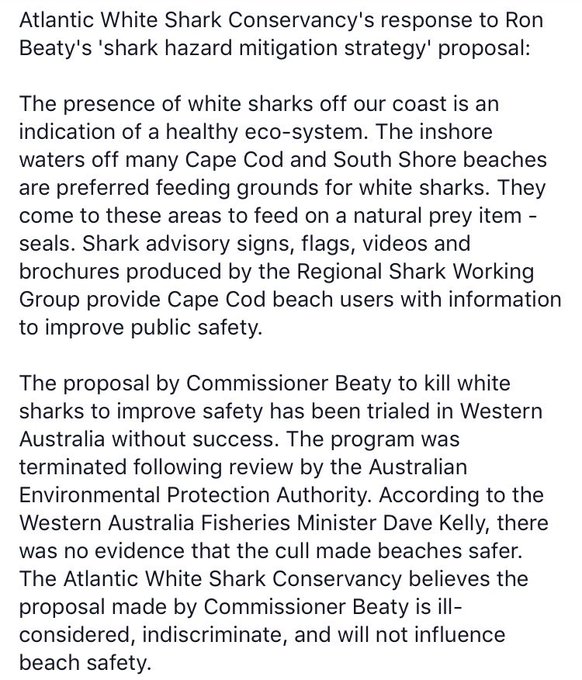