Sunday, October 12, 2014: What a difference a day makes – and vice versa. Think on that second part. Makes sense.

"Hey, it's never too early to see what kinda arm this kid has."

Sunday, October 12, 2014: What a difference a day makes – and vice versa. Think on that second part. Makes sense.

The constantly and quickly changing weather is far from gone. Supposedly, this is the time of year when a west to east weather dominance move in, i.e. cold front after cold front, reflecting a jet stream flow out of the northwest. Ain’t happening. In fact, we’re going to see honking southerlies for days to come. That’s not good for boat anglers itching to get at the big bass, now fully showing near bunker balls off both IBSP and even LBI proper. 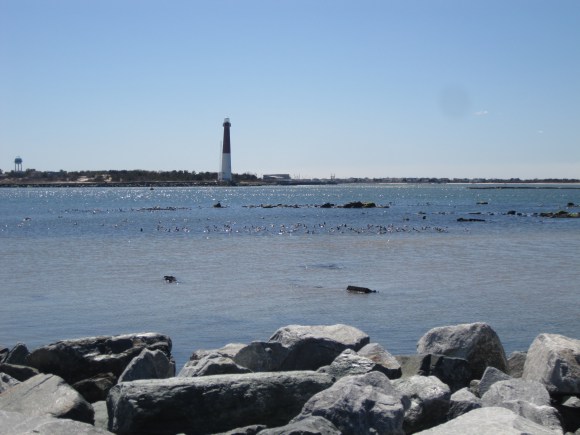 By the by, Island Beach State Park is fully includible in the LBI fishing report for boat anglers. When LBI-based boats go through Barnegat Inlet, a simply turn to the left and they’re IBSP anglers.

As for surfcasters, IBSP encompasses the famed “You can’t get there from here” concept. For whatever bizarre marine reasons, what happens in IBSP usually stays in IBSP. Still, I often include what IBSP folks are catching. I do that under the long-suffering delusion that, someday, what they catch up there might work its way across the great divide that is Barnegat Inlet.  So far, my only come-our-way success from IBSP is with migrating mullet.

Onto our side of the divide, some bass are in the suds but the few I’ve heard of being taken were small. For the over-umpteenth time, the winds have played the spoiler in getting folks out fishing in decent enough numbers to see where bass might be showing best on LBI.

I weathered yesterday’s wind and rain on my hideaway south Island point. Just a handful of us hooking small blues. I hate exclusivity when fishing. I much prefer tons of folks fishing, north to south. No such hope with yesterday’s angler-unfriendly weather. Today is a whole other affair. Get out and grab the niceness – it won’t last long. Again, I had bluefish fun at the Rip yesterday, where myself and half a dozen other folks were gladly takin’ the action the one-pound blues were givin’. For fun, I was tying on all these “bluefish-only ” plugs, just to see what the ravenous tailors would take. I like many folks, keep a bag of battered and beaten, last-leg plugs for bluefish to finish off. Oddly, certain damn-decent looking diving plugs were turned down by our seldom-choosey Jersey piranhas. Deep-running smaller metals ruled the roost, though I managed some slightly larger blues by goin' with mid-sized pencils and standard poppers, which allowed me to cast way out  into the Rip -- with honking winds at my back. I had this illusion that some larger fish – maybe even a wayward bass -- might be out further, looking for something larger. The water remains too warm. I kept four blues for jerky.

(Below: Bay anchovy, which we call rainfish.) 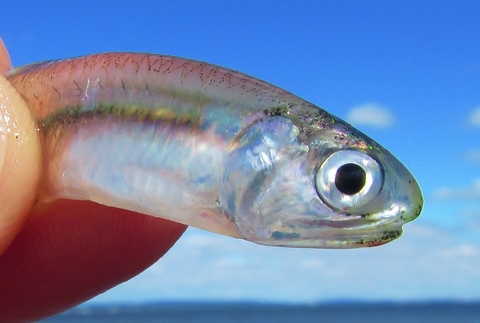 The main gamefish attractant of the day in Holgate were schools and schools of small rainfish. It is the first I’ve seen of these spearing lookalikes, which bass and blues love. For newbies, rainfish (bay anchovies) look like spearing but have huge mouths. They also have a pink, even orangey tint, substantially different than spearing. Rainfish also have a higher skin reflectivity of light. They sparkle.

(Below: Atlantic silversides which we call spearing.)

(Below: Matching the hatch for both rainfish and spearing.) The ocean herring were hopping yesterday. They had the water boiling now and again, with occasional sprees showing herring jumping out of the water three or four at a time. They helped mark where the blues were lurking a little deeper down.

(Below: Atlantic herring, which we call ocean herring.)

"Uh, pardon me. Just wanna pass through to do a bit of surfing. I mean, if it's alright with you guys and all." 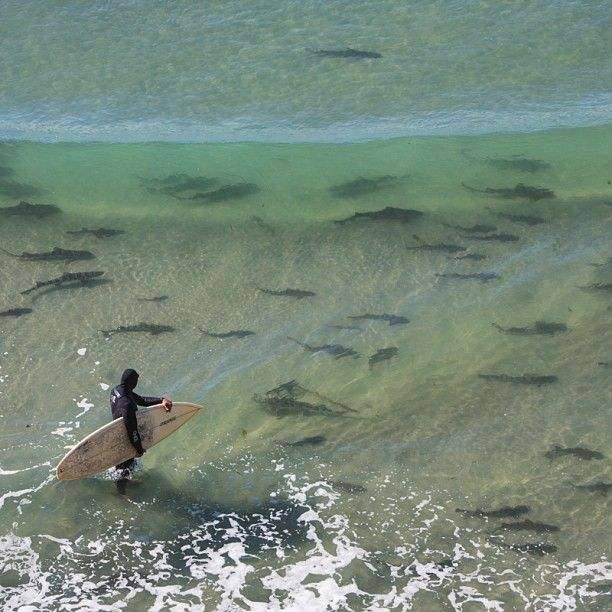 Getting ready for the fall run. 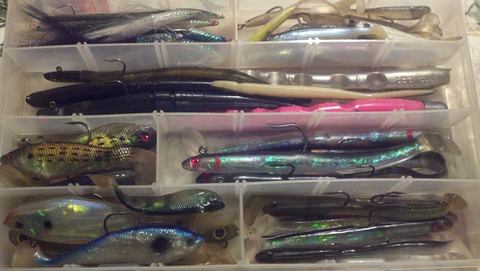 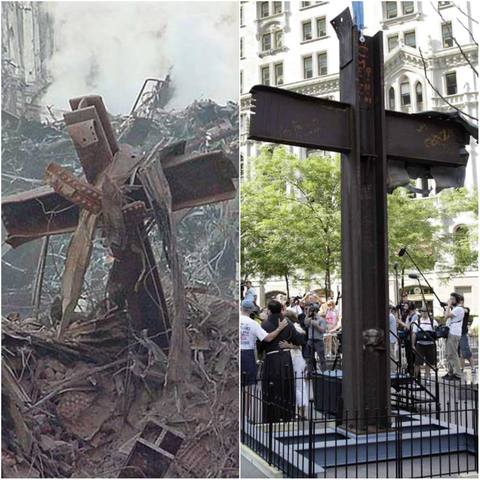