Showing dignity and grace after the election results were in  ...

Below:Along the coast we're already practicing for the new administration ...

Sunday, November 13, 2016: Once again it’s perfection with a price. Ultra-clean skies, just-fine air temps in the 60s, and fallish west winds all equal tough surfcasting for stripers and blues. The ocean is clearing rapidly. It’s also in one of its lake phases, with waves barely 1 to 2 feet. Water temps are mid-50s.

Weather note: The Midwest is well above average, temperature-wise. That air mass is heading here. The entire upcoming week is going to be sweet -- temperature- and sky-wise.

While the current forecast has nothing but westerlies blowing, I see chances for afternoon southeast winds. Those can quickly spark the stripers. Of course, right about now, we need something like a full-blown electrical bolt more than a mere spark.

There will also be some boat bassing chances in the upcoming mix. It’ll very much be a catch-as-catch-can ... pun intended. If you look out and see the flags less than straight out, hit it fast.

Big tournament yesterday and couldn't get a bite. Back to the same area today and fishing was easy. Figures. It's like they know..... 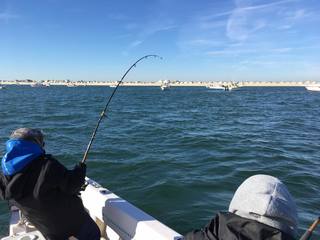 Below: via Sean Marti Heard an interesting story about a near-50-pounder caught in the tailing of the dredge out getting sand for the Holgate replenish. I'd wondered about that potential. 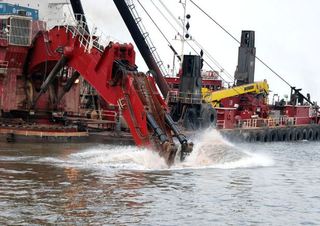 ALERT: For the many of you who’ll be boarding duck boats for weeks to come, please use good judgement -- an have safety gear. Sadly, we’ve lost a number of hunters after their smaller, flat-bottomed vessels were swamped, most often by honking west winds. Obviously, things get hairier when duck boating across wider stretches of bay or ocean water. Yes, quit a few duck hunters go out into the inlets an open ocean. 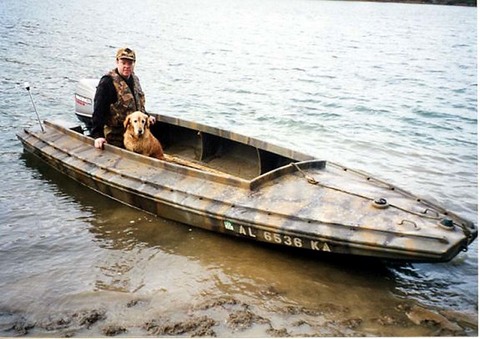 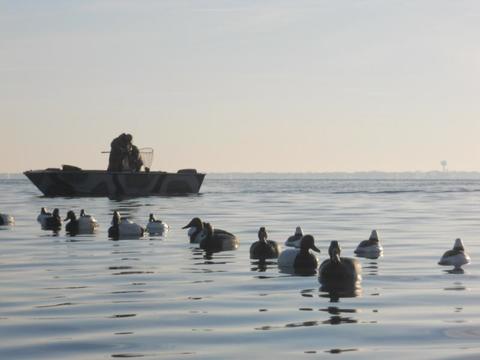 I fished a big chunk of yesterday and got as discouraged – more like as pissed – as I’ve been all fall. I even gave up counting the number of times I cast, a sure sign I was giving up. I was so put off by the lack of action, I swear I would have even chucked out chunks of bunker to bait fish. Yep, I was that dang desperate.

That said, there was a fine 34.54-pound, eel-caught BL bass Christopher Altieri. It’s timed in at 12.01 a.m., which makes it a midnight hookup. If that’s true it adds some verification to a report of an after-dark bite, North End, as I was told by D.S. With the moon fully filling in, I’d highly suggest getting out and taking in the night sights – and possible bassiness.

I was also told about two other just-keeper bass caught north of mid-Island. Both bait-caught.

WORTH A TRY?: Below is a video of a just how hard I’ve been trying to attract a taker when plugging. The sound isn’t great but you can still hear enough to make out the concept.

This popper tweak offers an amazing look when being popped – and even a cooler swaying action when allowing the plug to rest. I can easily see this plug getting ravaged when at a total stop.

Admittedly, this tail tweak takes a popper with a lot of flotation to attach a tail. I prefer a Tom White plug model, famed for buoyancy.

While the popper I’m showing has lost its bucktail to blues, I’ll bet a smaller plastic tail would go on under a full wad of hair, though it might not hold as firmly as the one seen here. I have pushed the head of the plastic over what remains of the wrap area on the hook.

This tweak does not work with a treble.

As I note, the tail must be downsized based on the size of the plug.

My Dads First Charter Boat, "Scania" Purchased from Axel Jacobsen, Husband of Ethel Jacobsen. She was the name sake of the LBI Elementary School

Below: Demonstrating some tricks to filleting a white person.

·So tonight right on the beach and into Holgate we run into a fisherman who was as professional and together as any fisherman I have ever met, there were four poles in the water truck was on the beach, cooler set up bait station the works this person was like the professional striper fisherman. This person was not a man, so I dare say fisherman, this was an experienced angler, a woman who definitely knew her shit. She was a little leery because of my kids running up to her and expressed that to me that she does not like being crowded by dogs she doesn't know she's had bad experiences in the past. I apologized, she made friends with my dogs, and I wished her luck. She's in some of the photos and let's hope she catches a big one tonight. She was very sweet and I feel bad about my dogs running away for me up to her without her knowing what kind of dogs I have? .My kids are cool, and friendly, but you really don't know that until they run up to you. I do understand that, and I try to keep them close but they still want to run and play with anybody they can especially fisherman who have bait sitting out?. Still a great night from Beach Haven into Holgate this evening.

Striper for dinner! Terry went out on his buddy's boat. Cooking dinner and listening to Leonard Cohen. RIP 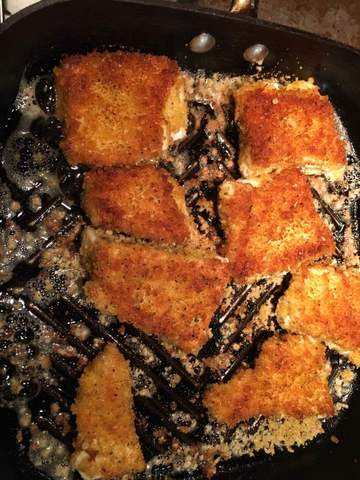