Below: How a whale tenderizes a seal (sea lion?) before a meal.

Sunday, January 10, 2016: I had a long auction day yesterday. Great deals especially late in the day when entire table tops loaded with goodies were going for a good price. I’m suddenly a collector of fine Depression Era glass. That’s all I need, another collection direction. 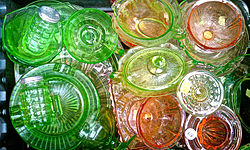 My day then drifted toward something a lot more tense and fierce: Steelers versus Bengals. Not that I actually watch the game myself. I’m far too jittery; heart attack material. I simply surf all the channels as the game is being played, only now and again clicking back to the game – where I instantly get savagely stressed and surf off. Last night’s game was insane – as I saw in the highlights after the Steelers had won. There should have been arrests for muggings during the game. 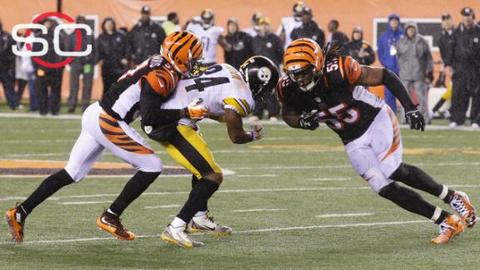 In fact, how appropriate would it be to have refs and also police officers on the field and along the sidelines? Give the cops hand-held sirens to use when they see a penalty so egregious it qualifies for an arrest. “Let me see your hands, Number 22!!!!” Better yet, imagine having a cop with a K-9 unit. I’m not flagrantly profiling here, but African Americans are, understandably, not real fond of police K-9s. I’m bettin’ frequent goon-squaders like Adam “Pacman” Jones would be changed men on the field. I see Pacman getting ready to play defense, reaches for his helmet and sees a snarling, barely-chained  German shepherd sitting impatiently just behind it – held by a huge cop with “Make My Day” scrimshawed across his smiling front teeth. Pacman would become more like Mario. 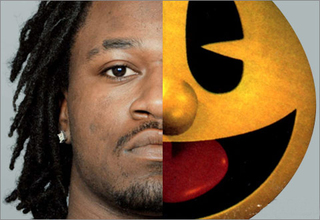 Anyway, I had me a full Saturday, as winds howled on the Island and quickly blew up a very large swell, which combined with astronomically high tides to cause moderate flooding on LBI roads, mainly south of Ship Bottom. And, yes, I’m starting to think the Island is sinking worst south of the Causeway. That aligns with my theory that development is contributing to the sinking of LBI. Ship Bottom southward has long been the more heavily utilized over the decades.

Holgate is getting destroyed. The first cut-over was ravaged by higher tides even before this blow. Hey, I was among the first – possibly being THE first – to alert to the arriving erosion problem. It’s now about to go too far, to  the point where higher authorities might have to ponder what – if any – anti-erosion efforts need to be taken. I’m looking into taking Congressman LoBiondo down to for a look-see.

Driving in Holgate is a nightmare when the stars and skies aren’t aligning just right. I have to get back to work tomorrow so I’ll have to check with South End regulars to get reports on what’s what down there.

As to driving the beach on the rest of LBI, I found it very spooky in Brant Beach. In fact, I drove south a bit, turned around, and headed north toward Ship Bottom --and finally got the hell off! I was sinking in a combination of freshly blown and recently washed-over sand. I bailed when I was faced with washover ponds, where water crossing the wider beaches of Ship Bottom gathered. Those ponds can eat a firkin military half-track.

Today we’ll see a swing to honking west winds, which will knock down the flooding – and allow a look at the damage in erosion-prone areas. I should not that in a very Peter-pays-Paul way, much of the eroded sand from replen beaches will moved south, to the obvious advantage of areas to the south – though not as far south as Holgate, by a far cry.

Weather-wise, we’ll go into a dry stint with one frigid day (Wednesday) before temps return to normal to above normal. By the by, Wednesday could see the first snowflakes of the season, though merely passing west wind-related showers. I’ll repeat that some recent forecasts for a return of “polar vortexes” are beyond me. I see the ongoing straight west-to-east flow which, at worst, throws us an occasional, fast-moving cold front of frostiness, nothing like last winter’s immovable and insufferable polar air masses.

A BIT OF BEACH HAVEN INLET HISTORY:  One of my buys yesterday was a box of LEHT/Tuckerton memorabilia. Tucked well with a stack of letters relating to highly-respected Tuckerton resident Everett Salmons was the following, May 31, 1939 letters from the War Department, addressed to “Captain Everett Salmons.” This is part of a much longer letter, the remainder being mere rhetoric on how to protest the decision.

I believe this is the area of the current inlet. The failure to get "jetties" has kept Little Egg/Beach Haven Inlet as possibly the only primitive/pristine bay-to-ocean inlet on the entire Eastern Seaboard. I'm not saying that good, bad or in-between. Just showing this pivotal historic point in keeping the inlet unfettered.

Some really fantastic custom plugs being painted this winter for the fishing shows in the squid pattern, and it's a good thing because they are a bait that does frequent our inshore waters and that includes NJ as evidence of this one that I caught /snagged in the backbays. 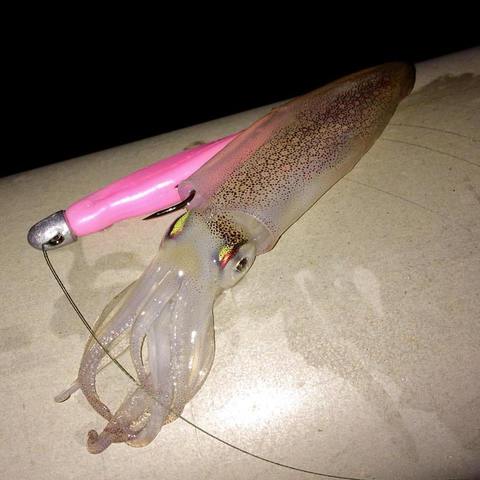 The islands/inlets of the Virginia Conservancy south of Chincoteague are inaccessible, except by boat.