This crab came from the very bad side of the bay ...

Who misses those fun days of teaching the kids miniature golf ... then returning home to a explain to the little lady how everyone ended up soaking wet ...

Sunday, February 21, 2016: The beach tried it's hardest today but couldn't really conjure up much warmth. A few folks still tried tried the sands out for size. Try 64 at Vineland at midday today. 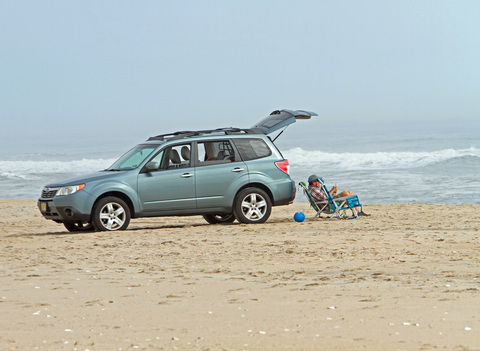 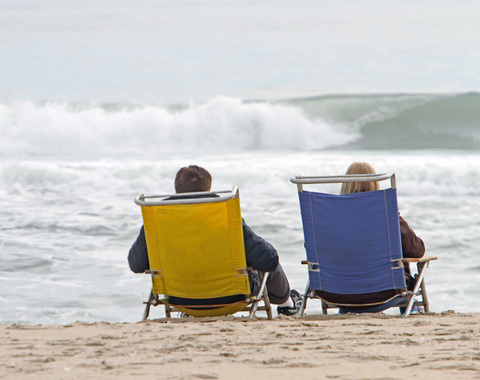 This entire week is a weatherly iffy as it gets. Fortunately, we'll stay on the warmer side of storms, which will be trending up the Ohio Valley instead of going coastal. Nonetheless, we will be toying with north winds a bit before things go southeast ... and getting hard for the SE. Those south winds really wrack Holgate erosion plains, which now prone to overwash with very little provocation. Also, as my videos have shown, the sod bust-up associated with the south end erosion absolutely covers the beaches in chunks.  I'll repeat that these chunks can be driven over without vehicular damage but it takes any casual-drive fun out of driving to the end.

When the island clung to an ocean chill yesterday, I opted for a trip to Mainlandia. Doing a regular visit to sit a bit with the boys down at Norm’s Two Shore Birds place – great tools for great prices – it was back to the same old digging around for goodies in an old dumpsite. The stuff there can be ultra-cool even though it only dates back 85 years, tops. The newest stuff is even the early 1950s.

Even though I think of the Fifties things as kinda my chinsey birthright, i.e. from an era obsessed with cheap and cheesy plastic items, every now and then I dig up tiny plastic jackpots. For instance, I’ve now dug three primordial Pez dispensers, still sorta working.

Unlike the thousands of Pez shapes to come, these simply prototype dispensers are worth hundreds … often way more than the highly visual follow-ups – made in hundreds of shapes. However, my humble “footless’ original dispensers aren’t even in the arena with a political donkey made in 1961. It sold for $13,000. No, you don’t have one. Only two were made and bot are accounted for. By the by, Pez dispensers remain in the top ten most collected novelty items.

But though you might have had Pez as a kid you don’t know the true science behind the Pez candy dispenser concept. Get this: Even back in the Fifties, hacking folks had finally had it with smoking. There were many trying to give it up by – and this sounds familiar in this day and age – keeping their mouths concentrated on something other than ciggies. Yep, candies. Little and plentiful candies at that. To help the quitters, the Pez people designed their Pez dispensers to look like plastic cigarette lighter just coming to market. Gospel truth. Weird, eh?

Here's the look of one of my primordial Pez dispensers: 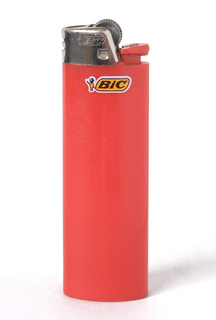 Speaking of collectibles. Check out this insane Deinosuchus fossil just found by Anthony L. ... found in Burlington County near his home. I've come across these and they're often a sign of other types of dino material. I'm seriously jealous. 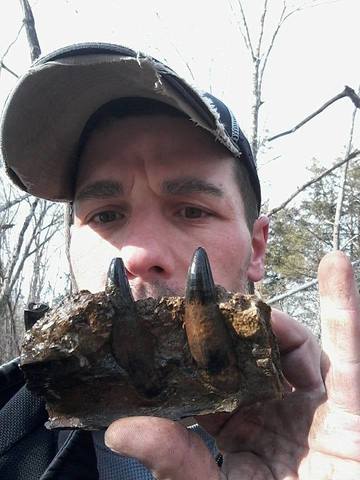 Making the artistic blend from real to tail. 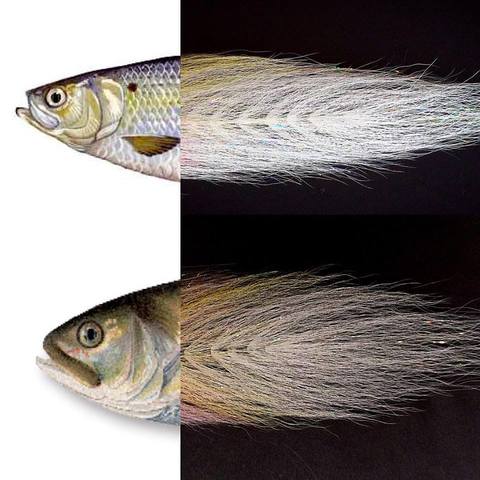 Major shout out and thank you to Striper Bites and
Jeff Bajek. The boys were super excited to get their super hero poppers! And your plan to cause a war in the house by making different plugs backfired. Before showing them I asked which super hero they liked best. And much to my joyous surprise they all picked a different one!!! So who got which one was tearless and bloodless.

And my club plug, first of it's kind, will sit in my collection forever

This record stood for over 20 years!