Sunday, December 04, 2016: My annual Ship Bottom Christmas parade duties are over -- and the march-along event garnered ...

As I'm fond of prophetically saying "Don't insult the crocodile until you've crossed the river."

Sunday, December 04, 2016: My annual Ship Bottom Christmas parade duties are over -- and the march-along event garnered one helluva a showing. Largest crowd likely in the parade’s history – if not longer. Here’s just a look a few blocks to the south … and the parade was many blocks long. 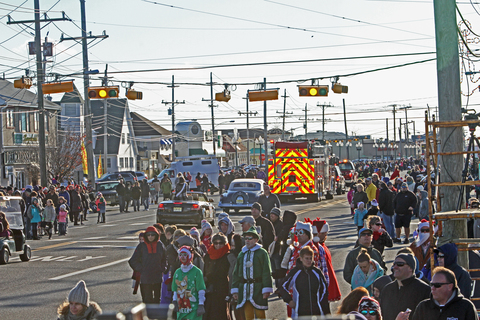 I was able to get in spurts of surfcasting, using the honking west winds to cast afar. Nada.

The Classic is officially kaput for 2016. The final fish was a 18-pound bass by Randolph Minix, caught in BH on bunker. That brought the grand take of bass to 56 fish, most of those coming during a couple micro-bursts of hooking.

Once again, I have to classically call a spade a spade and think blackly and bleakly about this year’s hooking during the Classic. How can I not once again pull my hair out over how good the boat bassing was within sight of the dead-line surfcasters? I’m sure there is some science in there, but, short of my now-tired theory that baitfish are staying away from the LBI beachline, I see no explanation -- especially with all the surfside bait which showed up in IBSP – and still up there, as schools of young-of-year herring are now showing.

Making matters even more infuriating for me are arriving reports that boat anglers are now so thickly into schoolies that jigs can’t even reach the bottom before taking hits. I see one report of a hundred schoolies in a single jigging session. Those are supposed to be surf stripers. WTF!?

The Ship Bottom Christmas Parade was a record-breaker, crowd-wise. Thanks to all who came and all who made it possible. 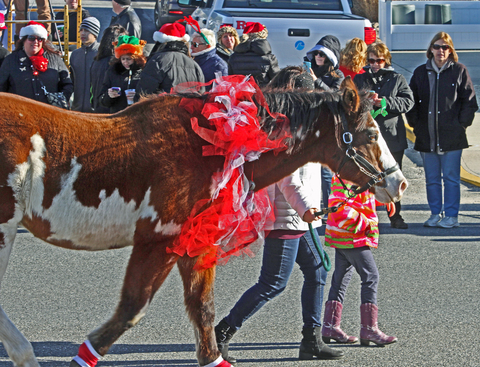 Think I heard some Herring are around , hmm "Match the Hatch " @cycloneLures 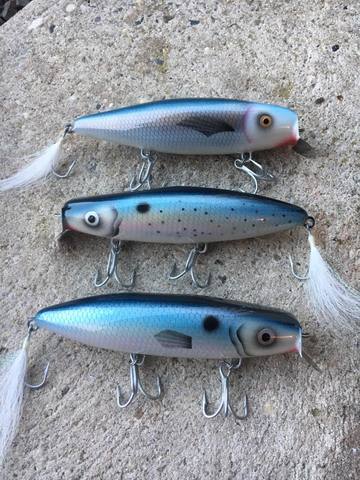 Followed my own advice this afternoon and scouted out the north end of LBI - gannets diving like mad offshore and a whale feeding off Harvey Cedars, but the water was kinda dirty. Bet it cleans up nicely for the weekend though!

Thanksgiving surf action along the North and Central Jersey coast was epic, if you could sometime 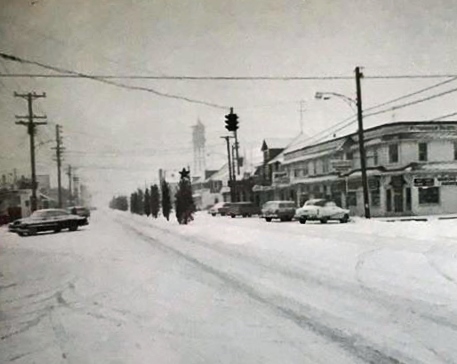 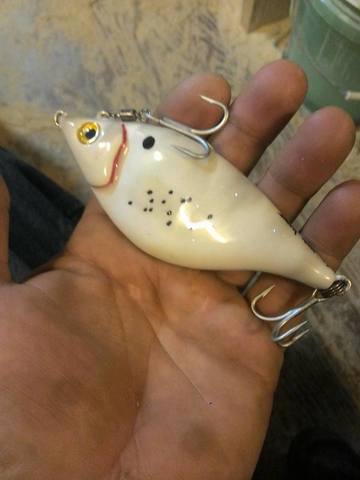 A New Jeep Wrangler Pickup Truck is Officially Coming in 2017

It’s official! After months of rumors and speculation, Fiat-Chrysler has confirmed a new Jeep Wrangler pickup truck is coming in 2017.

The new vehicle, named the Scrambler, should be released by 2017. Specifications are still sparse, but according to Love 4×4, consumers can probably expect a 3.6 liter VVT V6 standard engine and the heavy-duty off-road suspension system that the Wrangler is known for.

Sergio Marchionne, CEO of Fiat-Chrysler Automobiles, first said that the next generation of the Wrangler will be all aluminum. However, Marchionne later confirmed that the Scrambler won’t be completely made out of the material. The chassis is said to be traditional and fitted with aluminum panels. According to Cars in Trend, the vehicle will also have traditional solid axles and the power-plants are expected to be the current.

READ MORE: Jeep is Bringing Back the Wagoneer in 2019, But it Will Cost You

Jeep fans have been waiting over