Sunday, April 24, 2016: The winds aren’t as bad as predicted the blues are better than predicted.

How can anyone screw up Sliding Board 101?

I'll tell ya what, kid, try Mirror-looking 101 Class. What can go wrong there?

Photo showing down below. I'll update this site later ... I gotta get out and take in this amazing day.

Sunday, April 24, 2016: The winds aren’t as bad as predicted the blues are better than predicted. Down blow is a slew of photos showing blues galore. The LBI surf and inlets are hopping with them. I like the fact they’re going after splashy surfaces plugs, though jigs are a surer thing. Wire leaders – or braided lines – are essential.

There is a ton of potential around Barnegat inlet though the winds are testiest thereabouts.

Bait chunks are working well but I think artificials are better to cover a lot of water -- and better suited to catch the eyes of meandering bluefish hordes. One bunker chucker I talked to said red float are the ticket today … as is loads of lead.

I’m not hearing nearly as much chatter about stripers. Could be folks are targeting higher up in the water column for bluefish or, just as likely, the massive and sudden showing of Atlantic piranha have knocked the bass off their game. It could point to a night bass bite.

Had another report of large shark run-off … almost landed and seemed to be a brown. Also read of a smaller drumfish getting ripped by something far larger than bluefish. Bite mark indicates a gray suit.

Tick alert: Last year was one of the lowest tick-count years in many tick moons. Not this year! Those bloodsuckers have made up for lost time. They are on the march. Ask any turkey hunters or pickerel fishermen. I can attest to the bumper crop of these disease-carrying grabbers-on. This weekend along I pulled three out of skin, I had gone a full five years with nary a burrower finding blood – though I always find one of two on clothing.

Through the luck of the antigen draw, I quickly know ticks have assumed an epidermal-attacking attitude because I get an itch on at the point of piercing. That’s hugely lucky since it takes at least 24 hours for any nasty-ass pathogens to jump tick ship and enter the human system.

I’m going to include this list of tick diseases, not to scare folks out of the woods but simply to keep outdoors folks on their preventative toes.

Babesiosis is caused by microscopic parasites that infect red blood cells. Most human cases of babesiosis in the U.S. are caused by Babesia microti. Babesia microti is transmitted by the blacklegged tick (Ixodes scapularis) and is found primarily in the northeast and upper midwest.

Borrelia mayonii infection has recently been described as a cause of illness in the upper midwestern United States. It has been found in blacklegged ticks (Ixodes scapularis) in Minnesota and Wisconsin. Borrelia mayonii is a new species and is the only species besides B. burgdorferi known to cause Lyme disease in North America.

Borrelia miyamotoi infection has recently been described as a cause of illness in the U.S. It is transmitted by the blacklegged tick (Ixodes scapularis) and has a range similar to that of Lyme disease.

Ehrlichiosis is transmitted to humans by the lone star tick (Ambylomma americanum), found primarily in the southcentral and eastern U.S.

Heartland virus infection has been identified in eight patients in Missouri and Tennessee as of March 2014. Studies suggest that Lone Star ticks may transmit the virus. It is unknown if the virus may be found in other areas of the U.S.

Powassan disease is transmitted by the blacklegged tick (Ixodes scapularis) and the groundhog tick (Ixodes cookei). Cases have been reported primarily from northeastern states and the Great Lakes region.

STARI (Southern tick-associated rash illness) is transmitted via bites from the lone star tick (Ambylomma americanum), found in the southeastern and eastern U.S.

364D rickettsiosis (Rickettsia phillipi, proposed) is transmitted to humans by the Pacific Coast tick (Dermacentor occidentalis ticks). This is a new disease that has been found in California.

Below: From artist  Catrin Saywell Artist 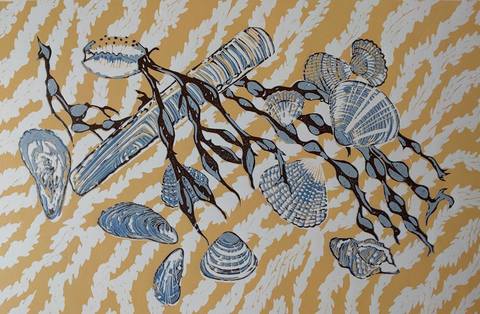 Look what I just caught, Margaret! Harvey Cedars...33 in sent him back but fun fight!

Awesome first trip of the year today, easy boat limit all thanks to Capt. Paul Haertel. Words can't describe the fight these Blackfish put up, love them! Got some epic footage of them in action, video to come! 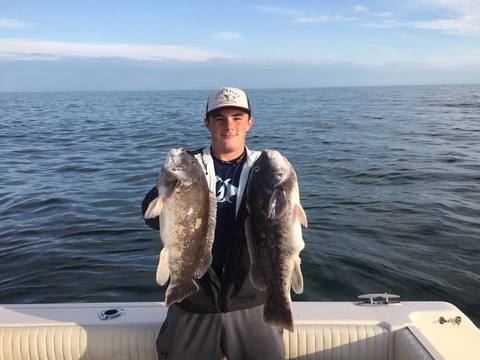 Great start to the season...had a handful of these pigs all morning. Starting to figure out this plugging thing 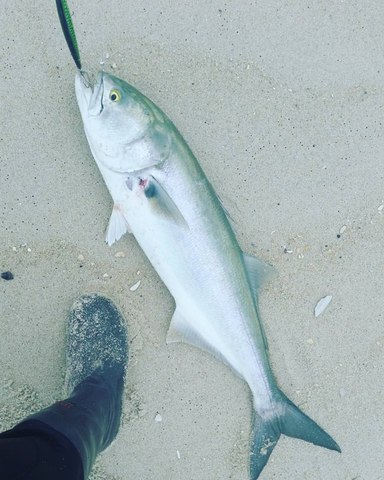 Looks like even the rivers are getting on on the bluefish act. 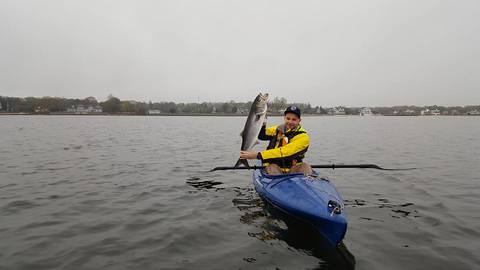 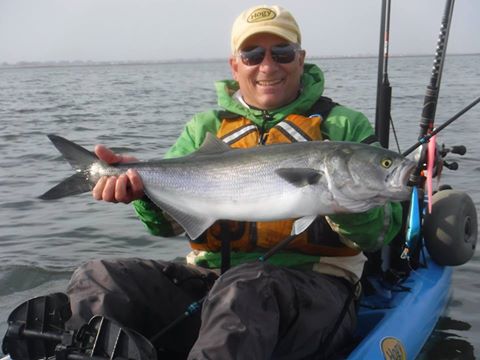 Bill Kocis I was sent these pics from clients today looks like fishing is good. First fish of the year on their new boats. That's the way to start the new season in the north east!!! 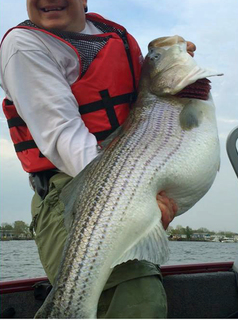 Rod racks for sale. I have two sets of three rod holders, designed to mount to your pickup truck tool box, or with a little ingenuity they can be mounted elsewhere.

I had these custom made about 14 years ago and have served me well on two different vehicles. They are made out of all anondized aluminum.

Installed a roof rack on my truck, and with the cooler rack, I no longer need them.

Accepting offers! Available for local pickup, or I can deliver to you. Back and forth to LBI all the time, so anyone down there need them, of know of someone. let me know. 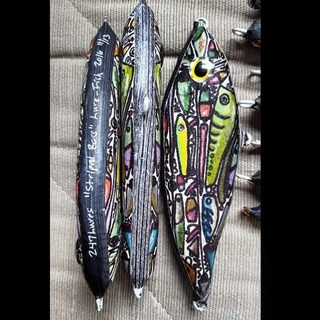 Agree on Jackson ... though it wouldn't take more than, say, five or six Jacksons to switch me over to Tubman. 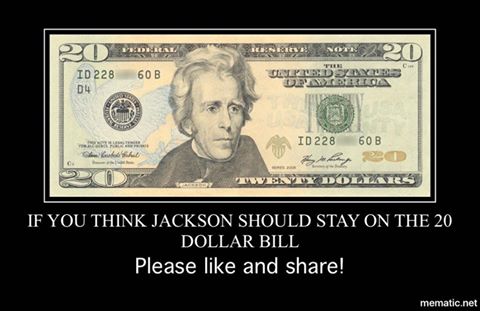 More than a few guys quite willing to go this "no pull" route ... though for less than ecological reasons. Maybe include an "Undecided" ... Let 'em fight it out inside. 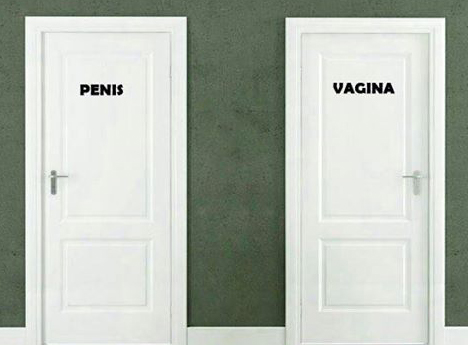