All sharks harvested by recreational fishermen must have heads, tails and fins attached naturally to the carcass until landed. Anglers may still gut and bleed the carcass as long as the tail is not removed. Filleting sharks at sea is prohibited.

Make sure to check out: http://exit63.wordpress.com/author/exit63/ The captains of the Beach Haven Charter Fishing Association are finding some very decent action in the ocean, both inshore and offshore. The artificial reefs and wrecks are producing nice catches of fluke, black sea bass, and ling. The boats heading offshore are getting into a good supply of tuna and other action.

Captain Bob Gerkens of the boat “Hot Tuna” had Bill Boseki of Manahawkin out for a tuna trip on Bill’s 70th birthday. The trip was a gift from his family, and was his first ever tuna trip. Bill started the day off when a fish hit while he was sitting in the fighting chair. After a 30-minute fight, he brought a 60-inch bluefin tuna to the boat. The fish was gaffed and weighed in at 114 pounds after being bled. John Howell later boated a 60-pound bluefin, and the rest of the crew took turns in fighting a feisty 53-inch bluefin which was released.  Although the Hot Tuna's Sunday bite was limited to bluefin tuna and some skipjack, Captain Bob said some of the other boats in the area also had yellowfin tuna.

After some bad weather forced the cancellation of several bluefin tuna trips last week for Captain John Lewis and the “Insatiable,” he found himself running the boat “Big Dog” for a friend as he took some Paramus fire fighters out canyon fishing. The ended the trip with 3 nice yellowfin tuna to 50-pounds along with 5 mahi-mahi. Captain John said the canyons seem to be coming alive with pods of bait, and the inshore grounds continue to have bluefin tuna roaming around.

Captain George Finck of “Sparetime” Charters did several trips recently despite some poor weather. He fished the inlet and bay due to the incidents of fog and rain. Each trip his anglers managed to catch fish. Then when the weather finally cleared, he had the Patel and Mullarkey families out to the reef where they caught many fluke, black sea bass, and ling.

Additional information on the Beach Haven Charter Fishing Association can be found at www.BHCFA.org

Stopped by my shop on the way to clam the tide and look what I found !!!!
A beautiful wood carving of this crazy Striper Guy!!!
this came all the way from ITALY from Laura and her husband.. i met them this spring when they came to fly fish the local waters... great couple and EXCELLENT BASS catchers !!!
JUST WANT TO SAY............. THANK YOU !!!!
PS.. they made that beautiful video I put up earlier !!!

There is a flood of RI bass being illegally transported and sold in MA with fish being sold for over $5 a pound, in the round.

Pledge all you want to practice catch and release, but what good does that do if that 40 pound fish you released is later caught and cashed in for a couple of Benjamins?

The World Is Going Solar

For the first time ever in Germany—the cloudiest country in western Europe—solar power and other forms of renewable energy created more energy and electricity production than dirty coal. And, in June, Germany set a solar power record, using solar power to generate 50 percent of overall electricity demand for part of a day.

That’s a typical evolution for a developed country (that’s not controlled by the financial interests of Big Oil). But what if the dozens of developing countries across the globe, that are still stuck in the 18th century and that still rely on burning wood for energy, jumped directly to renewable energy and leapfrogged the whole carbon cycle?

Can you imagine how that would transform the fight against global warming and climate change? Well, that’s exactly what’s going on right now in rural India.

Right now, there are nearly 400 million people across India without electricity, with the majority of those people living in rural areas of the country. They’re forced to rely on candles, kerosene and burning wood to light their homes and to do basic things like cooking. The stunning lack of reliable energy production in one of the world’s fastest growing countries led the new Indian Prime Minister, Narenda Modi, to call for every home across India to be able to run at least one light bulb by 2019 with the help of solar power. He didn’t call for more coal to be burned, or for more oil wells to be dug. He called for solar power.

That’s where companies like Simpa Energy come in. Simpa Energy offers Indians a pay-as-you-go model for solar power, allowing even the poorest Indians in the most rural of areas to have access to clean, green solar power. Simpa Energy customers use their cell phones (which even the poorest of the population have) to purchase a pre-paid code from Simpa, which they then type into a box connected to a solar panel array on their house. Instantly, their home lights up, and they have access to clean and green energy for cooking, cleaning, reading and anything else.

Right now, Simpa Energy, which was started just three years ago, has nearly 2,000 customers (a customer being one household) and that number is growing by the day. The company projects that its solar power will be reaching 75,000 people across India by the end of this year. But Simpa isn’t the only company bringing affordable solar power to India.

Companies like OMC Power are building “mini” solar power plants in communities across India that are capable of powering large cell phone towers, and are marketing battery-powered LED lanterns. OMC delivers those lanterns to its customers each day, and comes back the following morning to collect the lanterns, and recharge them using the mini solar power plants. This service costs Indians just $2 per month.

And there are still other companies that are distributing smaller solar power generators and systems—some that are pocket-sized—across India. A recent report by the International Energy Agency found that it would only cost $48 billion a year to provide universal access to modern energy (renewable forms of energy) to poor people across the world. And, that same report found that there needs to be a $12 billion per year additional investment in mini-grid renewables, like the solar power systems that are expanding across India.

Speaking about the financial challenges facing solar and other forms of renewable energy going forward, Rupesh Shah, a vice president at Simpa Enegy, told Think Progress that, “We’re at a certain scale now that we require a different level of investment. We were able to get by in the first couple of years with grants and things like that, but now we need more commercial capital.”

And Justin Guay, associate director of the International Climate Program with the Sierra Club, said, “What is desperately needed is public institutions to step in and provide loan guarantees and other forms of risk-taking capital that can help unlock the investment that’s required to really take this from a relatively distributed, small-scale approach to something that really takes on energy poverty and is able to eliminate this problem once and for all.”

The bottom-line is that solar power and other renewable forms of energy are the energy of today and of the future, in both developed and developing nations. Not coal. Not oil. Notnatural gas. And as the richest country in the world, we need to finally embrace that fact, and lead the world in investing more in these clean and green energies that will be powering our country into the future.

Each year, Big Oil receives $500 billion in government subsidies. Can you imagine what would happen if that $500 billion went to investing in developing renewable sources of energy instead? Despite what Big Oil executives and their cronies in Washington might say, going green isn’t just a choice. It’s reality.

It’s the only option we have if we want to save the human race from a climate disaster. So, let’s start treating it like that, by investing in a secure energy future for America, and the rest of the world. 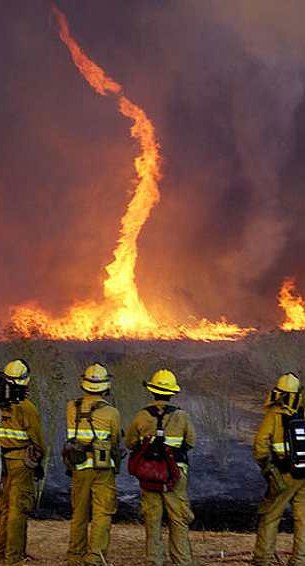 Too Hot to Handle

There's nothing I dislike more than carelessness. I'm sure that has a lot to do with the way I was brought up. But the fact that the stakes involved in my hobbies are relatively high, probably plays a part too. Carelessness during a tennis game could lose you some points or maybe a few balls here and there. But carelessness while riding a motorcycle or hunting could cause a world of hurt or terminal results. The same holds true for prescribed burns. Last spring when I burned the overgrowth from my prairie plot, I planned out every last detail from start to finish. I then did my best to prepare for any surprises and even postponed it a couple times due to weather.

That's in stark contrast to the knuckleheads up the road from me who decided to do their own version of a "prescribed burn" last weekend -- more like an ill-advised burn. If you ask me (which they didn't), it was too late in the season, too dry and far too windy for them to have been burning anything, let alone an acre or so of land. Apparently they aren't familiar with the adage, "a careless match... destroys." Amazingly, they all seem to have made it out alive and thankfully, the fire never spread beyond their property. But when I think of how easily things could have gone wrong, it irks me to no end!

On some level, all of us are vulnerable to the stupidity of others; between that and the whims of Mother Nature, well, it never hurts to beef up your defense. This month's Natural Resource article discusses some fire-wise landscaping strategies we can all take to create a "defensible space" to help limit property damage caused by wildfires.

We may not be able to stamp out stupidity, but with some forethought and planning we can help limit the effect that someone else's carelessness has on our own lives. Now... let's be careful out there!

End of Watch. For somber look, nationwide, go to:http://www.odmp.org/ ... Click on "The Officers" and then click on "Year." Scroll down on left side of page. Brutal.. 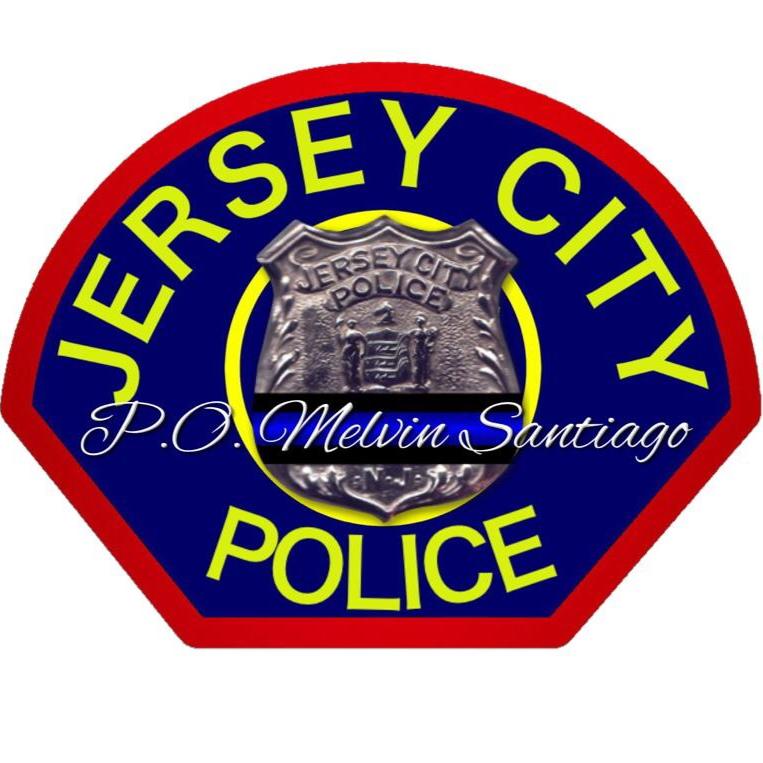