Saturday, November 26, 2016: Ok, so where were we before I took much-needed break to give thanks – and be pissed.

(I'm back in here later. Any reports from today would be appreciated.)

Below: Sun has set on Holgate beach replenishment. Below: My Mexican standoff driving down the beach ... 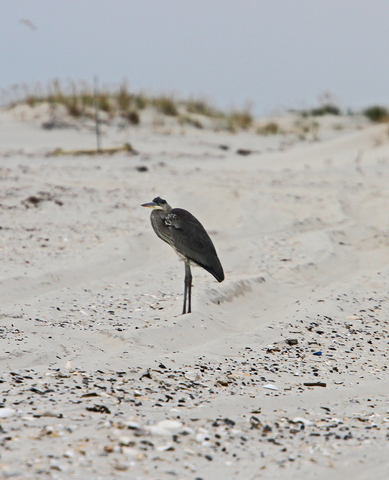 So, I’m fishing my arms off as countdown to Thanksgiving feast began melding with the smell of overnight turkey cookings. I frantically fished bait and threw plugs/jigs/teasers/metal. I couldn’t buy a stinkin’ swirl. At one point of desperation, after seeing the waters were so clear I could count grain of sand on the bottom, I pondered getting out my diving equipment and spear gun from back in the day.

I know this going to sound contrived but, as time was running out -- only a couple hours before mealtime -- I was throwing in the unsoiled towel when I suddenly had this weird sensation that I should make just one more cast of the plug. No way. I even began heading off the beach, fighting the odd urge to cast just once more -- glumly convinced it would be as futile as the hundred sterile throws before it. But damn if that sensation didn't keep speaking to me, whispering that I must go back and cast, just once, a little south of where I had been fishing.

Mumbling under my breath, I reluctantly swung round and moved down maybe 20 paces from where I had last been throwing. And damn if the water there wasn’t nicely stirred, compliments of an outgoing piece of current. Still going against my better judgement, mind you, I reared back and loosed a cast that carried a country mile on the chest of a sudden westerly gust of wind out of nowhere. Weird.

With the hair on the back of my neck standing up from the building oddness factor, I began my typical slow-ass retrieve. I was on edge. Crank and after crank, there was nothing. Then, just as I got in the shorebreak, when speeding up for the final retrieve stretch … BAM! It hit me! … It hit me that fishing sucks! It should be outlawed! That Trump should ban it from all American states and United States Commonwealths! That it’ll be cold day in the next ice age before I pick up a stinkin’, rotten rod!

That whisper was laughing its ass of as I stormed off the sand. 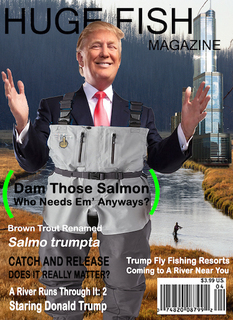 Saturday, November 26, 2016: Ok, so where were we before I took much-needed break to give thanks – and be pissed. Fishing reports for the near-north just keep pouring in while my beach guys sit and take root from having nothing to do but watch dead-ass rods. Yes, I’m having another this-sucks meltdown. I’m relatively new to the hardcore fall mobile fishing realm, having bought my first 4WD in late 1970s. I still have a keen sense of the way we were when fabulous fishing was an autumnal. In fact, it was always a case of how good is it going to be. Then, something went forebodingly wrong. And I refuse to run with some Superstorm Sandy syndrome. Things began going down the drain well before her.

There, I’m done with that rant -- the last of which led to a modest two-day run of beach bass and blues. Hey, I’m willing to try anything, even reverse logic, i.e. whine about how bad the bite is so it’ll feel compelled to prove me dead wrong.

NOTE: I wrote the above on Thanksgiving Day and damn if the next day (yesterday) there weren’t seven bass entered into the Classic. Admittedly, we had enough fishermen out there to start a landslide but that reverse logic thing might have a touch of worthiness. Also, I’m sure lovin’ the percentage of those fish taken on artificials.

Weather or not: We'll see a microburst of sideass north winds, as a low moves rapidly off the coast, though I don't see the winds as hard as the SCAs being forecast until they go west following the low pressure system. I do see some brisk winds late in the upcoming final week of the Classic. That could mean the winning bass is taken at the last possible minute. Sign up!

I had mentioned a while back about yet another push of mild if not odd-mild air for this coming eek. The forecasts are starting to show it. There will be some righteous rain in the mix but I see the chance for near 70 on the mainland.

Below: Pick your own bait. 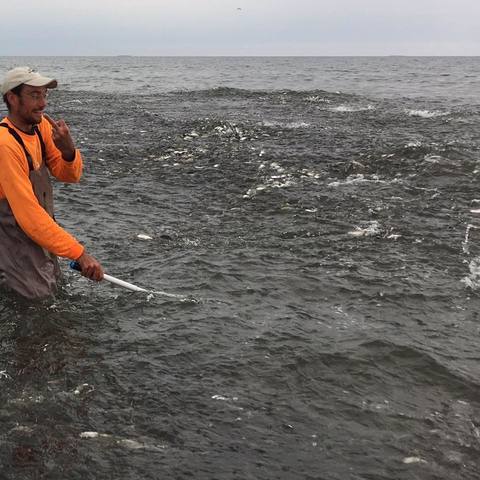