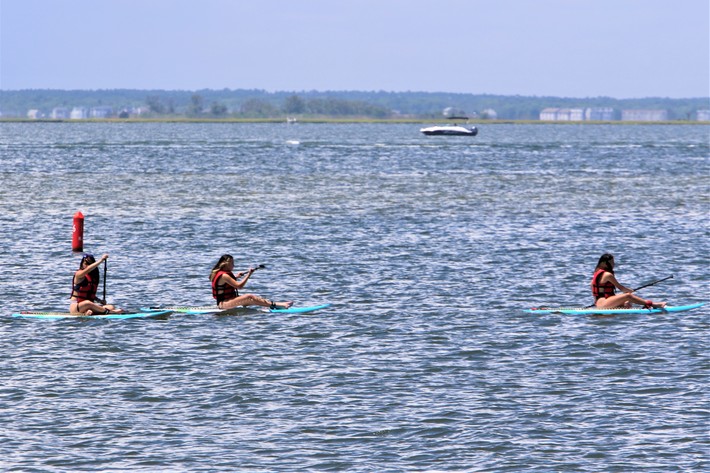 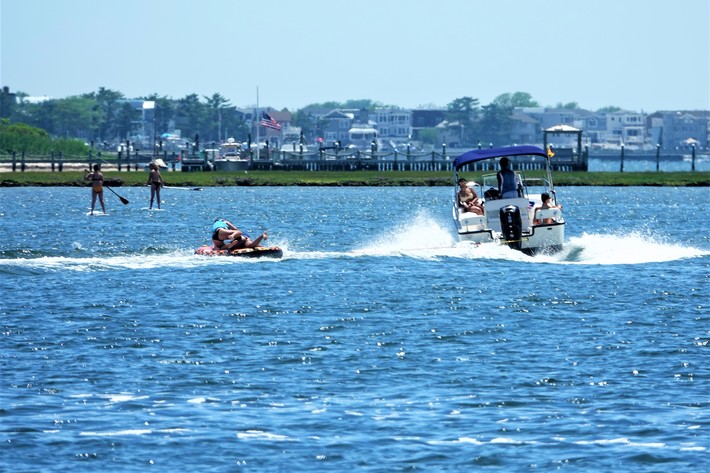 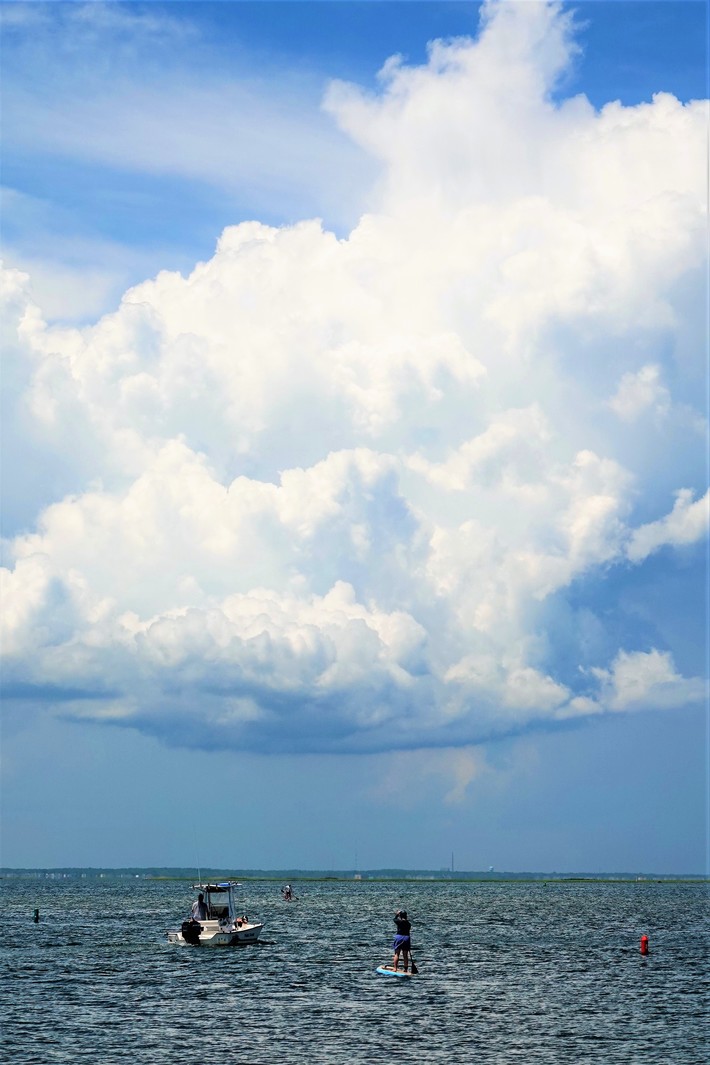 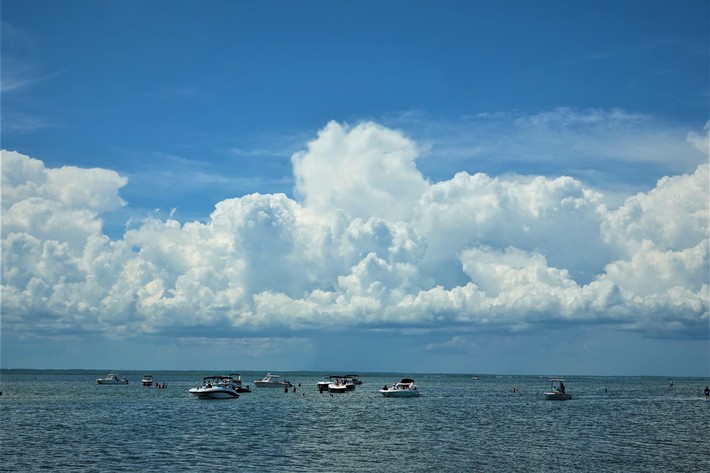 Saturday, June 20, 2020: Sure seems like the sky is trying to make us feel better about ourselves. Gorgeous out there, with cloud art over the mainland to boot. Even the ocean temps raised up to greet us with a couple beaches beckoning bathers with 67- to 68-degree water – though I assure you I can’t base that on personal immersion. I’ve gone fully wimpified, as in 75-and-above wimpified. I did cash in on some ideal beach volleyball in Harvey Cedars.

A goodly amount of chatter is being dedicated to the summer of C-19. While fall possibilities have already been talked to death, I focus on a feeling that many folks are taking this summer in high spirits evoked by deeper thoughts that there is, in fact, no guessing what fall might bring. A teacher friend of mine brought up an interesting point -- in passing, since we didn’t harp on what’s to come in September. She questioned whether her high school kids would even abide by mask wearing executive orders from NJ’s top cheese.

Sorry, but I need to pass on a very important point about masks and the need to wash the fabric ones, of which I have a couple Jill Svelling creations. While I’m a dye-hard fan of Tide, by far the most powerful cleaner known to man, one should recognize that Tide’s ability to attack every stain in the book comes at a chemical cost. Generally, our outer skin can take those chemicals that stay on just-washed (and dried) clothing. However, imagine inhaling those trapped particulates maybe for hours through a mask.  I’m a tough guy – like it kinda rough guy – but I’m thinking about going as organic as possible when washing masks, which includes washing them separately, possibly by hand. So I don’t lose by customer-in-good-standing with Tide, clothing can still get the full Tide treatment – just back off of Tide and, face it, the majority of all-purpose clothing detergents when cleaning cloth masks.

As to throw-away masks, buddies of mine with the road department say mask litter contuse to fly freely. I counted three mask throwaways in just the LEHT Wal-Mart parking lot.

Below you’ll read about some shoutouts – of the ugly kind. In fact, here’s the FB read:

"Out of curiosity, why do young kids drive by Nardi’s Tavern and scream “F U Nardi’s” ? While eating there it happened 5 times with 5 separate vehicles in a matter of 45 minutes. It was odd."

I doubt this incident marks some sort of growing punk trend aimed at outside dining. Still, I’m keeping an ear out for any spread of such meal-ruining nonsense. Even excessive horn beeping is technically disturbing the peace, in the strictest sense of the legal term. Should a trend in fact arise, it is not that hard to grab a license plate number and a car description to pass on to police. Seeing I have full and unbridled faith in our Island’s police officers, I’m betting they’ll pitch when it come to quieting numbnuts like those recently passing Nardi’s.

Mixed bag for the BHMTC inshore tournament today...we’ll see what happens at weigh-ins. Nice to see weakfish making a comeback!!

Guess it was my day to provide the dinner !! (no outstretched arms here)

Charles Henry
New eggs laid one house down from corner of s. Pennslvania and Starr ave 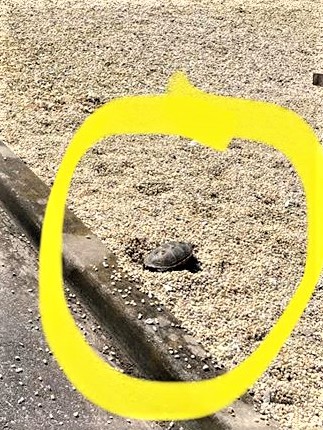 Check out my latest small prints at Little Bungalow. Alexandria has an amazing shop and carries my art each year.

LIFF 2020 pivoted to a hybrid festival this year - half Drive-In Festival, half Virtual Cinema Festival. Never been to a Virtual Cinema? No problem! Here's what you need to know.

LIFF has curated over 80 films for you to choose from and watch from the comfort and safety of your own home. Included are select Feature films, LIFF's entire Short Film program, the entire LIFF Episodics program, as well the Festival's selection of Surfing Films. To see the Virtual Cinema lineup click HERE and then scroll to the bottom of page to see the Virtual Cinema Films.

HERE'S HOW IT WORKS

Additionally ALL films in the Festival - whether Drive-In or Virtual Cinema - will have virtual talks or Q&As scheduled with their filmmakers, schedules permitting.
The schedule of the virtual Filmmaker Talks and Q&As is HERE.
Please note that you must RSVP for all Filmmaker Talks or Q&As in order to save your spot and get a reminder email just before the talk begins.

Below are some Frequently Asked Questions.
LIFF 2020 VIRTUAL SCREENINGS F.A.Q

WHAT FILMS ARE PLAYING AS PART OF THE LIFF 2020 VIRTUAL FESTIVAL?

See the full lineup of over 80 films on the LIFF ticketing page. You can find the virtual screenings listed at the bottom of the page. Check it out here: https://www.goelevent.com/LIFF/e/List

HOW DO I PURCHASE A TICKET TO A LIFF 2020 VIRTUAL FESTIVAL SCREENIN...

HOW DO I WATCH MY VIRTUAL FILM OR VIRTUAL SHORTS/EPISODICS BLOCK?

WHAT IF I BUY A TICKET BEFORE THE FESTIVAL ACCESS PERIOD STARTS?

WHAT DO I DO IF I AM HAVING TECHNICAL ISSUES WATCHING MY VIRTUAL FE...

CAN I WATCH THE FILM OR SHORTS BLOCK FOR WHICH I PURCHASED A TICKET...

WILL THERE BE A LIVE Q&A FOR ALL VIRTUAL FESTIVAL FILMS AND SHORTS BLOCKS? WHAT ABOUT TALKS
WITH THE DRIVE-IN FILMMAKERS?

WHERE CAN I FIND THE LIVE FILMMAKER TALKS AND Q&A SCHEDULE?

DO I HAVE TO RSVP FOR THE FILMMAKER TALKS AND FILM Q&AS?

GREAT! CAN MY FAMILY AND FRIENDS WATCH THE Q&A TOO?

SO WHAT ARE THE EXACT SPECIFICS OF HOW I SAVE MY PLACE FOR A FILMMA...

I'M A FESTIVAL FILMMAKER! HOW DO I ACCESS SCREENINGS USING MY VIRTU...

I'M A FESTIVAL SHORTS FILMMAKER! CAN MY CAST AND CREW BUY A TICKET TO THE SHORTS BLOCK IN WHICH
MY FILM SCREENS?

I'M A FESTIVAL FILMMAKER! CAN I HAVE MY CAST ON SCREEN WITH ME DURI...

I'M A FILMMAKER AND MY FILM SCREENS VIRTUALLY AND I WANT TO TELL PE...

What I did tonight- went to the drive-in film festival with a ticket through the paper. Summerland, set in England during World War II, played in the parking lot of the STAC by McKinley school, 63 seconds from my house. I loved it. It got dark so late!

Its National Art Drive today and I am at my LBIF studio at 120 Long Beach Blvd, Loveladies till 2pm today ..come look at art, or come look at the view and walk the trail.
Tomorrow will be at Viking Village Art & Craft Show, Barnegat Light, NJ 10 to 4:30 Joseph J. White, Inc (which markets through Pine Barrens Native Fruits, LLC), a 390-acre cranberry farm at Whitesbog, NJ that is owned and operated by fifth-generation cranberry growers Joe Darlington and Brenda Conner, recently became the first cranberry producer approved by the United States Department of Agriculture (USDA) to receive federal funding to create habitat for the Northern Bobwhite Quail.  The Northern Bobwhite is a non-migratory bird that was once common across its range.  However, the Bobwhite has become much rarer today, suffering the most severe population decline of any North American bird (a rate of 85% in the last forty years) according to the North American Breeding Bird Survey.

The project at Pine Barrens Native Fruits arises out of a Farm Bill conservation initiative entitled Working Lands for Wildlife (WLFW) which provides cost share funding for conservation efforts designed to improve agricultural and forest productivity and in turn enhance critical wildlife habitat on these working landscapes. According to the USDA’s Natural Resource Conservation Service (NRCS), which implements WLFW, the focus is on specific declining species (in this case Northern Bobwhite) which can be used as “barometers for success because their habitat needs are representative of healthy, functioning ecosystems where conservation efforts benefit a much broader suite of species.”

A farmer-owner of the Ocean Spray Cranberry, Inc Cooperative, Joseph J White, Inc, working with New Jersey Audubon and NRCS, will be implementing native pollinator plantings, forest stewardship and prescribed burning.  This conservation work will not only provide critical habitat needed for a suite of young forest (or early successional) species, some of which are very rare in the New Jersey Pinelands, but will also help to improve forest health, reduce fuel-loads to mitigate the potential for wildfire and improve the health of the watershed. A Great Egret flying over the cranberry bogs. Photo by John Parke

The New Jersey Pinelands is classified as a United States Biosphere Reserve and in 1978 was established by Congress as the country’s first National Reserve. It includes portions of seven southern New Jersey counties, and encompasses over one-million acres of farms, forests and wetlands. The Pinelands sit atop the Kirkwood-Cohansey aquifer that contains approximately 17.7 trillion gallons of water, thanks in part to its cranberry farmers that maintain approximately 9 acres of healthy forested watershed for every acre that is planted in cranberry vines.  These growers produce between 40 and 60 million pounds of cranberries a year.

“The original cranberry growers here in the pines bought up thousands of acres of land that had been seriously damaged by the charcoal and iron industries of the late 1700’s and early 1800’s. Through the generations we have continued to maintain the pines at our own expense while making a living by growing a native super fruit. We are extremely pleased to be able to continue this stewardship with help from NJ Audubon and NRCS,” said Joe Darlington of Joseph J. White, Inc. 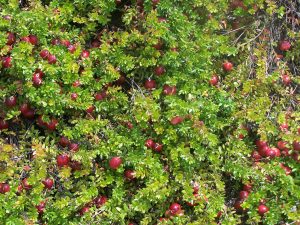 Working Lands for Wildlife funding for Northern Bobwhite became available in NJ in 2017 and is specifically focused on conserving, restoring and enhancing Pine Savannah habitat. The focus on the Northern Bobwhite and Pine Savannah habitat was stimulated in part by a Bobwhite research project at another Ocean Spray Cooperative farmer-owner, Pine Island Cranberry Company of Chatsworth, New Jersey.  The Pine Island project made headlines with the translocation of wild Northern Bobwhite from Georgia to the New Jersey Pinelands between 2015 and 2018. These radio-collared Bobwhites were tracked and studied to determine if wild Bobwhite from southern latitudes could support population recovery in the Mid-Atlantic region. The Northern Bobwhite Restoration Initiative, led by New Jersey Audubon in cooperation with Tall Timbers Research Station of Tallahassee Florida, the University of Delaware and New Jersey Division of Fish and Wildlife (NJDFW), will be presenting its findings from the translocation project this fall.

“We are incredibly proud of all the good work our farmer-owners do within their communities as stewards of the land,” said Christina Ferzli, Director of Global Corporate Affairs at Ocean Spray Cranberries. “At Ocean Spray, impact is not a part of our business, it is our business.  Thanks to the dedication of farmers like Joseph J White, Inc and Pine Island Cranberry, Ocean Spray has committed to verifying 100% of its cranberry crop as sustainably grown by 2020.”

“It’s exciting to see the overwhelmingly positive response and enthusiasm for the Northern Bobwhite Restoration Initiative, especially from the farmers and landowners in the Pinelands region,” said John Parke, NJ Audubon Stewardship Project Director.  “It’s especially great to see the active role that Ocean Spray producers in the New Jersey Pinelands are taking in this conservation effort. As the NJDFW’s Northern Bobwhite Action Plan indicates, ‘The Pinelands region probably represents the greatest potential growth area for wild bobwhite within their range in New Jersey.’“

COVID concerns: Zero. (I think I'd rather be concerned about Rona.)