Every time you start doing something else ... 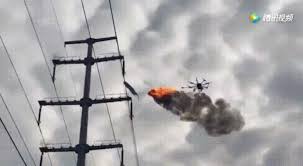 Non update on chopper circus over Stafford Twp. Media is being kept well at bay. Still, check back at https://thesandpaper.villagesoup.com.:

As of 2 p.m., I know nothing extra about the bizarre FBI-based hubbub over in the Mayetta section of Stafford Township. Every news chopper from both NYC and Philly has been buzzing atop what looks to be a long-term search taking place in a wooded area near the marshes off Mayetta landing. Please do not go over there despite overwhelming curiosity. Law enforcement is getting irritated.

I'm truly not disrespecting the situation but can't you easily envision an episode of the X-Files, especially if they continue hunting after dark?

I might note that I recall when those two went missing back when since my buddy and I metal detected that New Lisbon area and were rather rudely put upon by cops on the hunt. Upside is they didn't give a rat's rear about our detecting. They did take down all our data. Shortly after, those "Do Not Pick Up Hitchhikers" signs went up on Rte. 72, thereabouts.

FBI Special Agent in Charge of the Newark Field Office, Timothy Gallagher, announced that two boys, David Williams and Steven Anderson who vanished in 1975, have been added to the FBI’s website in the Kidnapping/Missing Persons section.

On April 7, 1975, David Williams, who was 12 years old, and Steven Anderson, who was 17 years old, were reported missing by staff from the New Lisbon State School, now called the New Lisbon Developmental Center. Williams and Anderson lived at the state facility, which is located in Burlington County, New Jersey.

Both Williams and Anderson had developmental disabilities and were unable to care for themselves without supervision. Williams was an epileptic, who wore a protective helmet and needed to take daily anti-seizure medication. Anderson was in good physical condition, but had trouble communicating.

Williams and Anderson were roommates, and were last seen at approximately 4:15 p.m. near their residence on the sprawling 1,896-acre complex off Route 72 in the New Jersey Pinelands.

New Lisbon Developmental Center, founded in 1914, is home to 463 developmentally disabled men and women. Using a philosophy called "Functional Lifestyles," it is completely dedicated to providing active treatment services within the context of a person-centered planning approach.

On July 8, 1914, New Lisbon opened as an experimental venture to house a handful of boys transferred from The Training School at Vineland another institution for the mentally retarded located an hour or so away. In fact, New Lisbon’s first name was: The Burlington County Colony of The Training School at Vineland. In 1916, with about fifty residents, the Colony became a state institution. New Jersey’s state emblem was added to its sign and it was given a new name: The New Jersey State Colony for Boys (though it was sometimes referred to as the State Colony for Feeble-Minded Males at New Lisbon). The state determined that private contributions from county citizens could not sufficiently fund the institution. Thus, a board of managers was appointed and the first annual appropriation was $25,000—a considerable sum at that time.

As for the residents, the children who had originally been transferred from Vineland were more emotionally deficient than mentally ill. The founders thought this kind of child could readily be exploited and molded to the ideals of a new concept; they were right. Over time, the Colony started accepting boys with a multiplicity of mental illnesses and deficiencies. When state funding made it feasible they also took in the community’s most deranged boys, some of whom were just short of being legally dangerous.

By 1926 New Lisbon was recognized as a “training center,” and by World War II it housed nearly 800. When I was sent there in 1951, the population had grown to 900 and many resident cottages were uncomfortably overcrowded. At that time, many shades of abuse and neglect had escalated to unfathomable levels, and continue into the 21st Century with no letup in sight. NLDC was originally an offshoot of the Vineland State School and was called, variously, "Four Mile Colony" and the "Colony for Boys", and later "New Lisbon State School" before taking its present name in the early 90's. Today, New Lisbon houses approximately 500 residence, and receives 76 million dollars in state and federal funding per year.

Jig bite was on today. Had or limit by 12 and then poked around a little bit look for c/r pig.

Tuesday, November 28, 2017: My 12-hour day is in full swing. No chance of getting in any casting until first thing tomorrow, though there are night fish to be had under the Hochstrasser bridge – and maybe even over to the Ship Bottom bayside fishing pier off 11th Street. Per usual, the borough has put up the finest Christmas light display of any island or mainland town in the county. The Ship Bottom Christmas parade is along the Boulevard, this Saturday, at 1 p.m.

Billy Hines
The wife says I have a problem... I see no problem 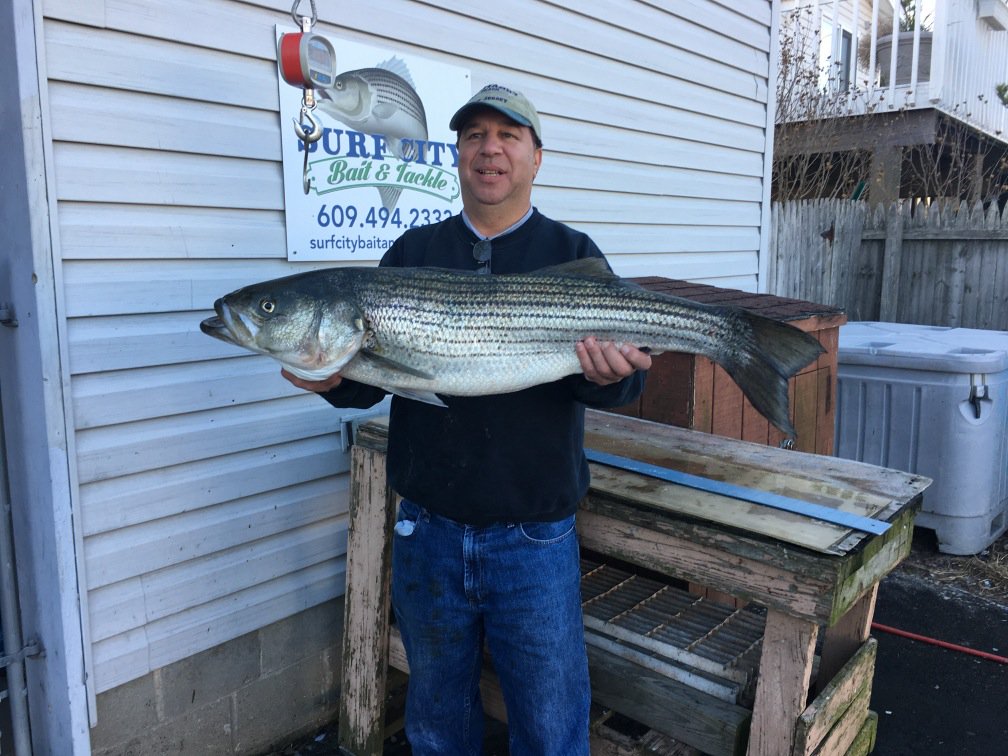 Abe Froman
How's that morning commute? Yea, I know.....that life thing.....it sucks......it is what it is.......yada yada. Well? Ya might wanna rethink that. Let me know if ya need some help. We got this morning commute thing all figured out