Monday, September 19, 2016: Now, this is the flooding I thought we might have with a tropical system. Over three inches of rain fell… rapidly.

Here's a little look at part of my drive to work this a.m. It was actually worse up Surf City way.

The Boulevard went way under in many Island areas, even north end. I’d rate the worst spots as experiencing near-serious flooding -- but only for roadways. “Serious” flooding, when used in an overall sense, means houses entertaining water intrusion.

Although this flood was a road event, it shows, for the umpteenth time, our dire vulnerability when it comes to sudden weather attacks.

Tropical systems are often slow-evolving, non-sudden happenings, offering tons of time to make get-off/stay-on decisions. Today, many routes of escape were immediately watered under. The majority of lower-profile vehicles were SOL if evacuation became life-or-death.

I’ve always said the “Big One” will come out of the blue. I saw that with the totally unpredicted March Storm of ’62. Sneaker storms suck.

I do stray off the beaten path of everyday fearful thinking by promoting the possibility of a tsunami. These once-called tidal waves are truly double-low-likelihoods, especially when compared to the ultrahigh chance of a storm inundating us. I attribute my tsunami fear to my Hawaiian surfing background, which has me all too familiar – and easily freaked – by monstrous “outside sets.” Those are waves far larger than the day’s norm. When sitting on a surfboard and seeing a massive Hawaiian wave building on the horizon, it is the epitome of an arriving tsunami. 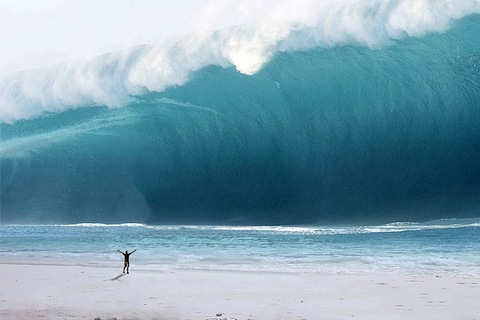 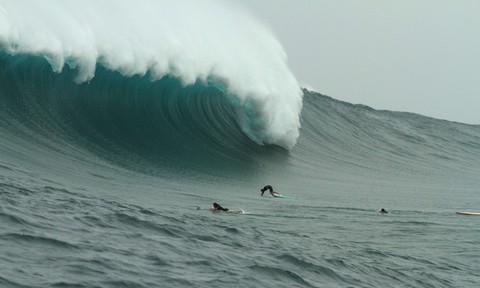 Today’s flooding was primarily rainwater, not saltwater, though the runoff was trapped on the road top by a high tide, bayside.

While we badly needed rain, it’s more advantageous getting it in friendlier-sized doses. Still, this dousing will greatly help the water table. What it might harm is the bay. We had been dry for so dang long that roads, yards, even roofs, had gathered a load of chemical crap, which becomes instant pollution when suddenly rinsed into the bay. 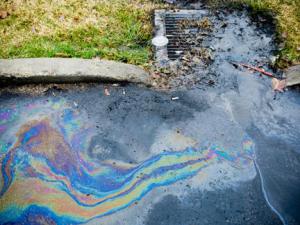 One upside of a September flood is the lack of hot weather, which can lead to algal blooms from the assorted organics washed in, like fertilizers. Nonetheless, the bay is going to be a bit of a mess for many days to come. I even see the potential for some horrid grass problems in Little Egg Inlet, as sea lettuce and such, washed off the mudflats, sloshes in and out of the inlets with the tides. Though unnoticed by many folks, there were only light winds today; flags were lying limp at the height of the downpours. The rest of the week will also be light on the wind side, mainly light onshore, before going south later in the week. We’re actually in an odd wind pattern, almost doldrums-like – in a month that can honk with winds.

I’ll be interested to see if the masses of blowfish continue to hang around inside Barnegat Inlet. Not likely, though.

WHADDA SCORE: I was over the Old and New Shop, Manahawkin, and there in men’s clothing was big-name neoprene chest waders. First-glance, I figured they had some egregious problem. Closer glance had me shocked to find they were in mint, virtually unused condition. Not a scratch. Then came the moment of size reckoning. Are you serious, Jay!? 10.5 … my size! Oh, the thrift shop gods were smiling down on me. But what obnoxious price will be on the tag?  $30. Hell, a deal … these are mine. But there was more. This day, anything over $10 was half price. I walked out of Old and New Shop with killer waders for $15! Hell, I smilingly held the door open for anyone who even looked like they were arriving. 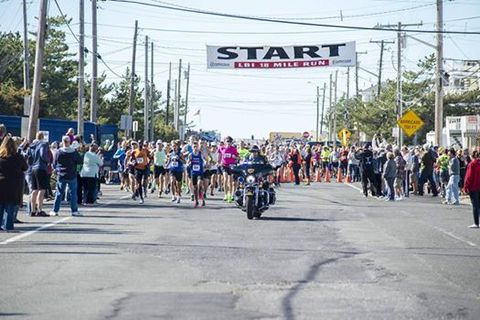 It sucks that terrorism is so upon us – even locally (as close as Seaside) -- that we might need to fret over the vulnerability of our upcoming 18-Mile Commemorative Run.

Some folks might not realize that this now fairly-famed run is dedicated to the 11 Israeli athletes slain by terrorists at the 1972 Munich Olympics -- and also the thousands who lost their lives on September 11, 2001. It is oozing symbolism – and we’re highly proud of that.

Please don’t tell me that I shouldn’t bring this up because it might give nutcases some ideas. We’re learning the hard way that we have to beat terrorists at their own game, by staying one step ahead of their diabolically scheming thinking. Should we pretend this run could never be a target -- and play into sinisterly plotting minds? Not on my watch.

I’m absolutely NOT for canceling the run. I’m just guns-out for being utterly cautious, especially at the starting point – the Holgate parking lot -- with its jammed in crowds and, let’s say “inviting,” port-a-johns. It’s a point of vulnerability.

If civilian “eyes” are needed to help authorities assure the run is safe, count me in … and I’m highly observant. In fact, we’re all obligated to display due diligence in many public ways.

Man dies after surfer pulls him from the ocean off LBI


The following is a release from the Ocean County Prosecutor’s Office:

Upon their arrival, they found the incident was first reported at 5:39 p.m. when an unidentified surfer called 911 after pulling the victim (James Bishop, 73, of Germantown, PA) out of the ocean.