Inside LEI this weekend. Thanks Susan Hughes. I think this photo plays into my Tucker's Island theory, being the famed now-gone island formed when the far south end of LBI built up, accruing sand, growing larger and larger. Eventually, it essentially broke free, when separated from LBI proper by erosion -- and the formation of an inlet. To get a perspective, note the size of the Rutgers Marine Field Station -- foreground, left -- a large-ish building. 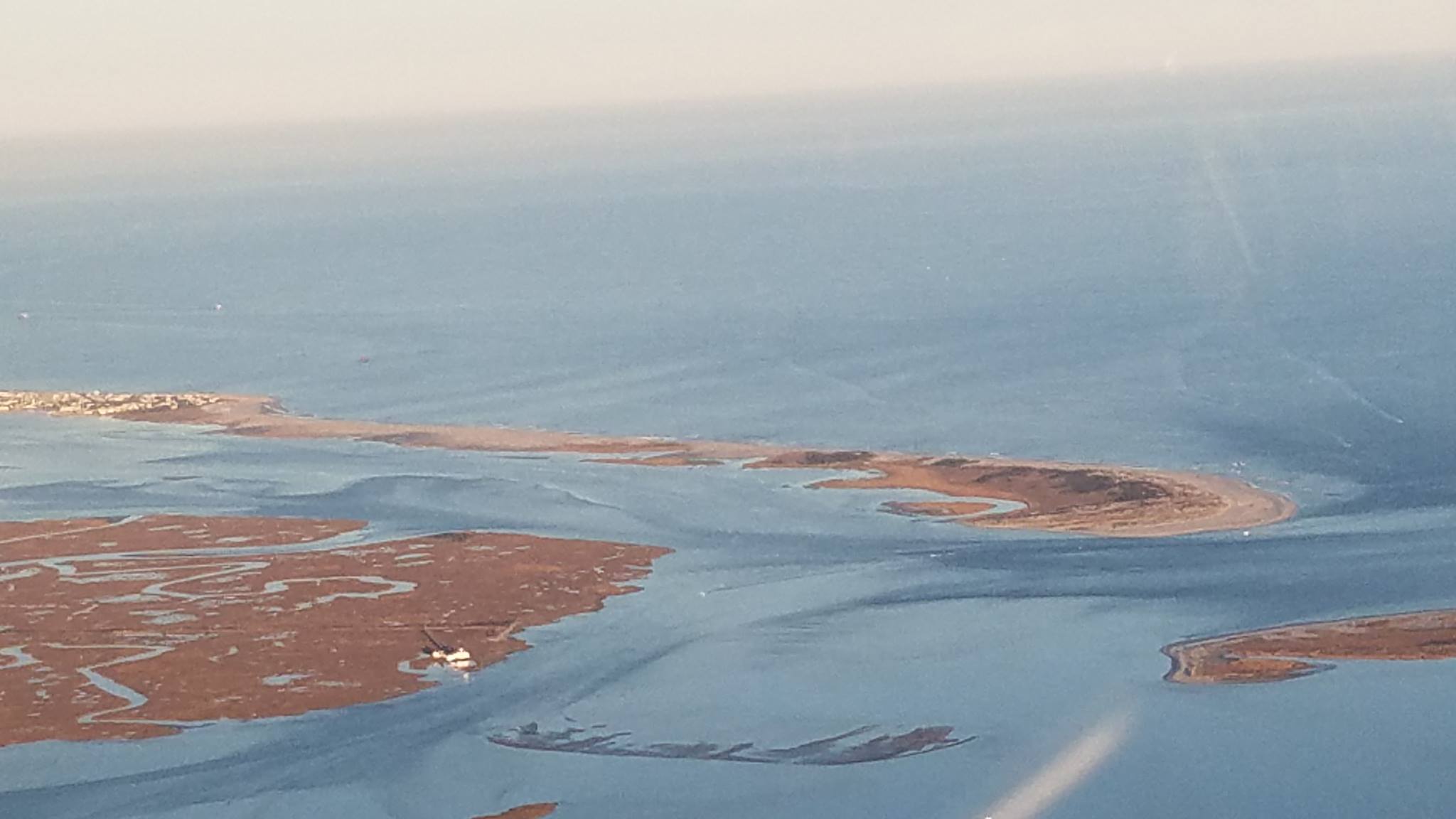 It's a bit of a stretch but notice the shape similarity between old Tuckers Island and the current Holgate south end. Below: But it will take a load more of accrued sand in south Holgate to offer this landscape seen here. Tucker's Island photo taken circa 1920, though it sure seems the photo was taken earlier than that.

Monday, November 21, 2016: Wind remains a kick-ass player and won’t quit its ground-and-pound until late tomorrow. If you’re a boat angler … you’ll need to be of a bad-ass ilk to toy with these gale gusts. Nonetheless, I’m betting there’ll be a couple out there.

The mid-island beaches are not void of casters but let’s just say there’s no fighting for space. I counted two vehicles and maybe five naggers over a two-mile stretch. I’ll be adding to that population late this afternoon and after dark. By the by – and speaking of casting long with a 45-mph west wind at my back – I’m seeing Ava jigs and teasers working during lower tides when there’s a need to cast beyond the slowly forming sandbars adjacent to replenished beaches. The bars are maybe 30 to 40 yards out in some areas, meaning a 75-yard-plus cast gets into some meaty water before being retrieved back onto the sandbar shallows. Again, a heavier Ava on a medium to medium-heavy rod can go a long way out. Of course, having the jig getting met by a 15-pound blue that far out makes for a lengthy, arm-brining fight. Hell, I’ll take that trade-off all day. And you can kiss the teaser good bye if big blues are in play. It’ll be bit off in flash. Now, if bass are biting, you might have a couple Ava/teaser stripers to size up for dinner.

Below: (Spray Beach) Ironing out if they're going to her mom's house for Thanksgiving or staying on LBI to fish. 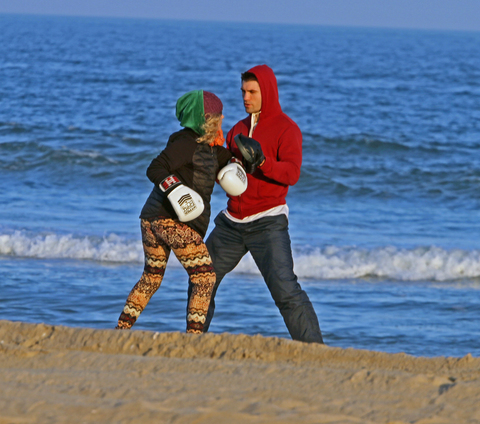 Below is my early run at a weekly column for The SandPaper:

I have to begin my mentioning the season’s first spurt of bite-iness. I’m referencing the kinda-impressive burst of bass and blues late last week, mainly Spray beach and Beach Haven beachfronts.

In a matter of hours – and that’s about how long the spurt lasted -- the Long Beach Island Surf Fishing Classic saw more weigh-ins climb aboard than it had seen in its first six weeks, both bass and blues. Prize money flowed freely. And there’s still moola time left in the event. Get registering.

To see the Classic detail, go to www.lbift.com and click on “Live Results.” Thanks to Greg C and other weigh-in stations for webbing arriving fish as quickly as they’re weighed in. Note that some fish caught at night – or after the scales have closed – will show as fish caught (weighed in) the following day.

FROM HOT TO COLD: Then came the wind and cold. Although the blues kept biting bait in a helter-skelter manner (see weigh-ins), the bass backed off – as did the 70-degree comfort level. A bit mountain-like, we went from 70 degrees to snow in under a few hours.

The ensuing, post-cold front winds, fierce westerlies, have leveled the surfcasting playing field, literally. The beach had been gouged and chewed up by the buggy brigade. The sand loosen was made that much worse due to weeks of no serious rain.

Forty-eight hours of 50 mph wind gusts thoroughly smoothed the beach sand surface. However, it didn’t harden the heart of the sand. It takes a saturating rain – or wave overwash -- to force the air out of the sand, packing down. We sure need just such a pack-down to make beach runs a less sinky affair. Nonetheless, even the wind raking has made it a bit better for buggying about.

Be warned that the sand is still bad in the south Ship Bottom and north Brant Beach zone. At the same time, many beach areas of Long Beach Township south of Brant beach are as wide as they’re ever been … yes, ever.

I'm doing a column piece of clams for the holidays. Here's some background trivia.

In an FYI vein:

This charts pretends that clam sizes are this well graded. They're not ... unless you have a vibratory clam-grading machine 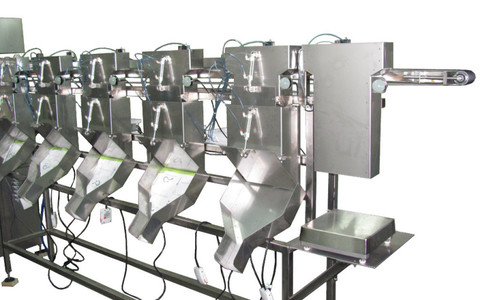 This amazing business has LBI roots ... pun intended. The owner is a long-time fishing buddy, Holgate end. Order now and tell the boys I sent ya. ihttp://www.colorblends.com/

It's time we all find a way to pitch in ... Local food banks, churches and synagogues are ideal pitch-in points. And pitching in time is as good as pitching in goods. 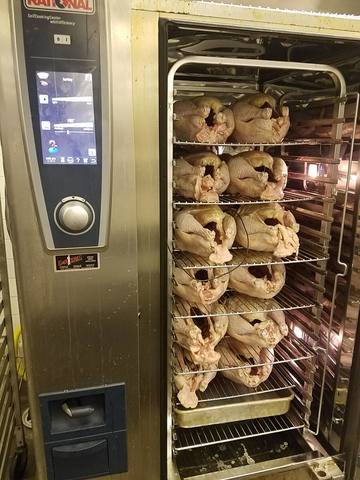 While somewhere in a Child Protection and Permanency-free India, snake charming school begins at a young age.  ...