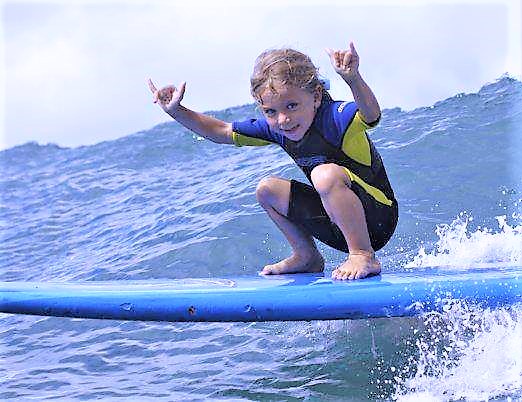 Monday, June 17, 2019: Now, that was frickin’ wind. Four days of honkings – from all directions. We never had the lay-down mid-weekend. I even heard of some damages done by the gusts.

Ocean water temps are all over the board, though upper 60s average out. Not far out, mid-70s is common.

The skies put a hurting on easy angling. However, surfcasters and some inside boat fishing was done with mild success on the fluke front. A couple nice stripers were caught along the beach. Bluefishing is sketchy, though a couple pockets of mid-sized blues passed along the beachfront; only going for bait.

The bay is offering some small weakies.

T-Storms will be a major player for a couple days with an occluded front stuck over the area. I won’t go into the thunderstorm protocol thing accept to say there could be popup storms. I doubly hate these – being an overall thunderstorm hater. They don’t always give in-the-distance rumblings or warnings. They can announce their presence with a single bolt from the blue, though there is almost always a certain thick feel to the air prior to a pop-up. It does take some captaining savvy to smell out deteriorating conditions.

TRIVIALLY SIGNIFICANT: Miles out at sea off Harvey Cedars is a very telling bottom contour, marked by a series of prehistoric channels, generally running NE to SW for many miles. I was alerted to these by Army Corps folks.

While this waffled bottom effect surely displays relic channels from very bygone eras, they might still be heavily impacting us to this day. Hydrological studies suggest they direct certain oceanic currents toward Harvey Cedar’s beachline. It might very well be the reason there’s bigger surf in Harvey Cedars, more powerful than anywhere else on the Island. Any local waverider will confirm this. The offshore bottom setup could also explain the odd sand buildup in the boat fishing area we know as the “Lumps.” I might even make a case that the far-out bottom might be why LBI lies northeast to southwest, slanted by millions of years of geological ocean bottom influences.

As to how those channel remnants hit home nowadays, the Army Corps takes them into consideration  when working on LBI’s beach replenishments, as part of its Barnegat Inlet to Little Egg Inlet Coastal Storm Risk Management project. While it’s tough to measure any day-to-day impacts, the trickledown effect of offshore currents being deflected landward looms large. How to address it remains in the hands of the Corps beach-fix planners.

To keep a trained eye on the ongoing replenishment, the Corps methodically measures the Island’s beaches every fall, from both land and sea vantages. Such monitoring is part of the continuing beach repair package.

Re-replenishments are scheduled to carry on for many decades to come, per the contract’s original terms. Of course, there’s an abiding and understandable worry that the 50-some-year agreement might be left high and not so dry by some radical congressional or presidential degree. Let’s perish that thought. Besides, such a reneging by our government would be akin to welching on a fiscal commitment, meaning any federal agreements wouldn’t be worth the paper they’re written on. Yes, that’s purely my political thinking … but still.

Departing from hypothetical welching, it’s already time to ponder real-world federal funding for the LBI beach replenishment project. The next scheduled reupping will be included in the 2021 federal budget. If funds are secured, new sand could be on the move in 2022 – if, when, and where needed. Funding is always grabbed first, then little questions like that “if, when and where” can be comfortably considered … providing nothing traumatic rolls in, demanding instant answers.

Having dealt with beach-fix funding for many a moon now, I can guarantee that the upcoming funding acquisition process relies heavily on how much clout our local representatives, both congressionally and senatorially, have in DC. Here’s hoping NJ’s delegates are becoming as influential as former Congressional great Jim Saxton.

For the records, I believe any upcoming phases of the project will revert to the original funding terms, meaning the feds pay 75 percent and state/county/local funding covers the remainder. The 100 percent federal coverage we greatly appreciated in the recent past was related to post-Sandy emergency repairs, which just happened to come in the midst of the longer-term Storm Risk Management project.  Might the feds go end-around by trying to tune down their hefty share? Again, that would be akin to the reneging but it’s actually more likely than a total desertion – in a saving face way.

I’ll keep you posted on all this as info arrives.

The winds have been keeping us from any offshore fishing the last two weekends but the inshore fishing is on fire. Casting light spinning rods with soft plastics at 20 to 26 inch stripers mixed with two to five pound bluefish throughout the inlet. Yesterday, Sunday,  I had a no show/no call charter leave us high and dry at 6AM at the dock so with the boat all loaded with ice and gear my son Nick and I decided to go fish ourselves. It was a stiff SSW wind but light in comparison to the ridiculous velocity it had been blowing. When we arrived there were birds picking and we found ourselves in an "every cast" hooked up kind of fishing with bass and blues mixed together. After a few hours it tapered to normal very good fishing and Nick hooked a fish that made him say "What in the world is this?" I didn't understand the question and fortunately held back on my reply which would have been "Duh....a striper or blue" but he felt the vibrating tail beating of a different kind of pelagic and a few minutes later boated a bonita. We had a group out today and after a very slow start we eventually hit a red hot run of mostly stripers. We finished up with some fluke in the back bay but didn't have any that made the cooler.
Running Open Boat or Charter Wed June 19 and Thurs June 20 10AM to 3PM. $150 person, 4 people max, all fish are shared.

Ross Gilfillan is the first on the board for the Jingles/Morrisons’s Beach Haven Cup! 2.62lbs and 20” fluke caught on Minnows and a gold hook. Way to go Bud! 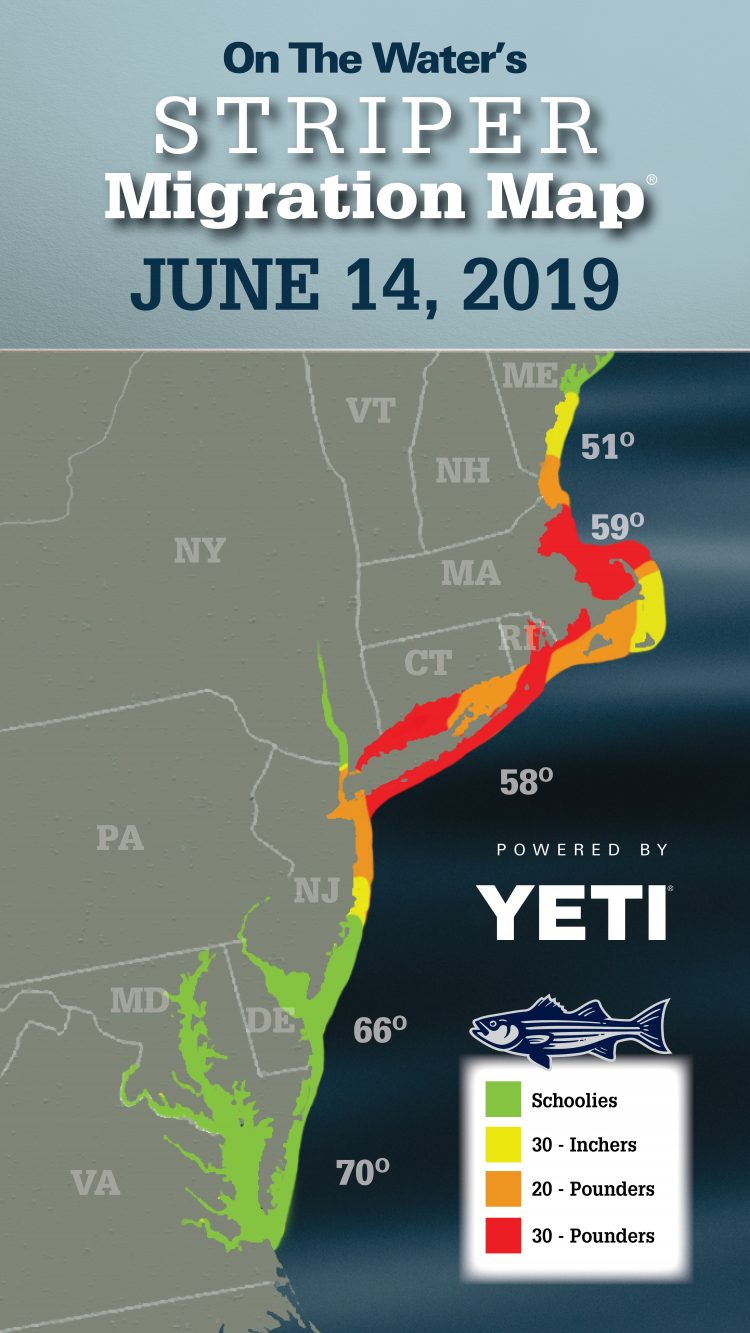