Monday, July 15, 2019: I hope you find the following state-level enforcement stuff as interesting as I do. 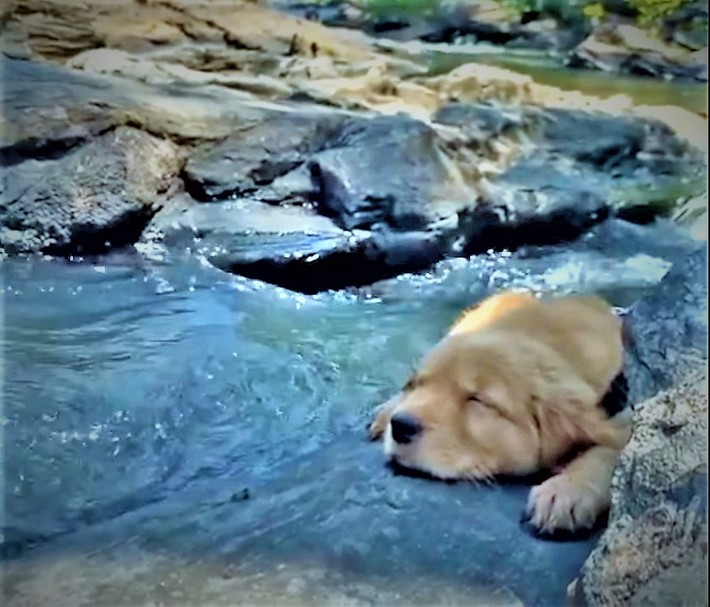 Below: The ultimate (hypothetical) goal of striper fanatics ... (Anybody who emails me to say this is photo-shopped will be used a shark chum.)

"Look, you can see it breathing."

"Why don't one of your roosters step on its rattle."

A rare bird spotted in England turned out to be a seagull covered in curry ...
(Must have flown out of the slow cooker.) 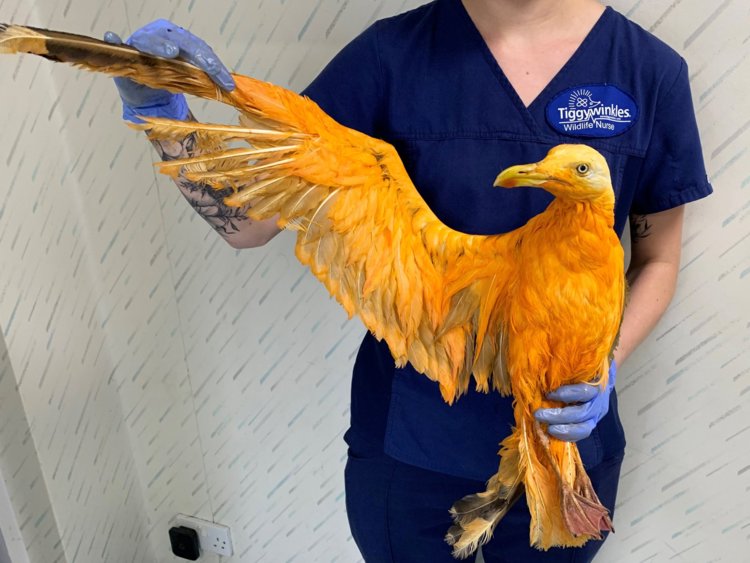 Monday, July 15, 2019: I hope you find the following state-level stuff as interesting as I do. There is much to read – and sometimes more between the lines.

GEESE MUTILATOR TAKEN DOWN: I want to pass on this Fish and Wildlife report for a couple reasons. Primarily, to show the sheer mindless cruelty stupid people can display. Secondly, notice how they were caught. Social media can be amazingly powerful … and telling. Enough said.

“CPO Mutone and the Toms River Police conducted a joint investigation of an individual who intentionally drove his vehicle into a family of 5 geese. Graphic pictures of the incident were posted on social media sites and the public backlash was swift. In addition to animal cruelty charges being filed by Toms River PD, CPO Mutone issued fifteen summonses to the individual. These charges included killing wildlife with the aid of a motor vehicle, taking geese during closed season, and taking geese in a manner not prescribed.”

DIVING DUMBNESS: Fish and wildlife violators in NJ come in all sizes … and depths.

On May 31st, state Conservation Protection Officers Klitz and Moscatiello were patrolling up Shark River way and witnessed two divers in the water with spear guns. Oh, it should be noted … it was midnight!

Per the subsequent police report, the divers were seen coming out of the water and placing a bag next to a garbage can. When the midnight marauders finally exited the water, the conservation cops were there with what I’m sure was a bone chilling “Hello, boys.”

After trying to BS their way out of the bust, the men were found in obvious possession of eight undersized summer flounder, which also put them two summer flounder over their daily possession limit. They were soon being written up for keeping/killing undersized fish, being over the allowable fluke limit … and BS’ing. I’m serious, they got written up for “interference with the duties of a conservation police officer.” Hey, when you’re caught, you’re firkin caught, just fess up and save the cover-up BS.

NUMBNUTS TO THE GILLS: My brazen dumbass of the week award goes to “multiple individuals using illegal gill nets in the waters off Great Bay Boulevard in Little Egg Harbor Twp.”

They had set out two separate gill nets … each one 150 feet in length! You can’t be serious! It’s not like that’s a seldomly used roadway.

Well, I know for a fact – as the accused now do -- that Fish and Wildlife Detective Harp and CPO Meyer travel thereabouts. Those officers busted the nutso netters, who were in possession of undersized blue claw crabs and sub-legal summer flounder. On the technical side, they lacked a gillnet license, were netting in an unlawful area and had no registration identifiers on the nets. Well, they netted themselves a heap of trouble – and some serious fines.

BACKASS BASS ACTS: Striped bass regs are moving toward the expected 2020 cutbacks in some form or another. Below, you’ll see the state states emphatically that bass are being overfished.

Not true, amigos and amigas. In fact, watch the instantaneous recovery of the stocks once stricter regs are implemented. That quietly proves striped bass stocks were never in doubt. The nonly thing truly lacking was catchable cows.

The population of striped bass is astronomically high when compared to other equally important species struggling in the ecosystem. It’s a case of favoritism wrought from a dedicated group of whiney sportsmen who want a sea of stripers.

Anyway, here’s a read from Fish and Wildlife personnel.

“The Striped Bass Management Board (Board) approved the 2018 Benchmark Stock Assessment for management use. The Assessment indicates the resource is overfished and experiencing overfishing. The Board initiated the development of a Draft Addendum to consider measures aimed to reduce F to the target level in 2020. The Draft Addendum will explore a range of management options including items such as minimum size and slot size limits for the recreational fishery and circle hook requirements for fishing with bait. Presentation of the Draft Addendum to the Board is proposed for the August meeting. If approved, it will be released for public comment for final approval in October for implantation in 2020. Additionally, the Board postponed a motion to initiate the development of an Amendment until its next meeting in August.” 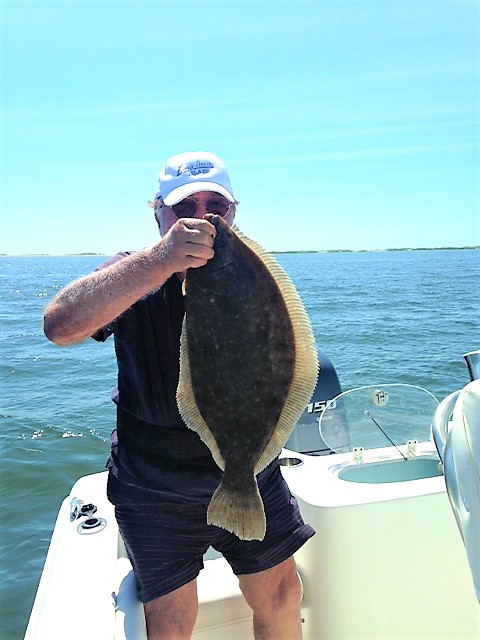 On to phase 2 of the summer fluke season , wrapped up the first part on a high note. Time to step it up a notch as the BscFlukeTourney starts soon

Another successful day in by noon 19 and 19.5 dinner 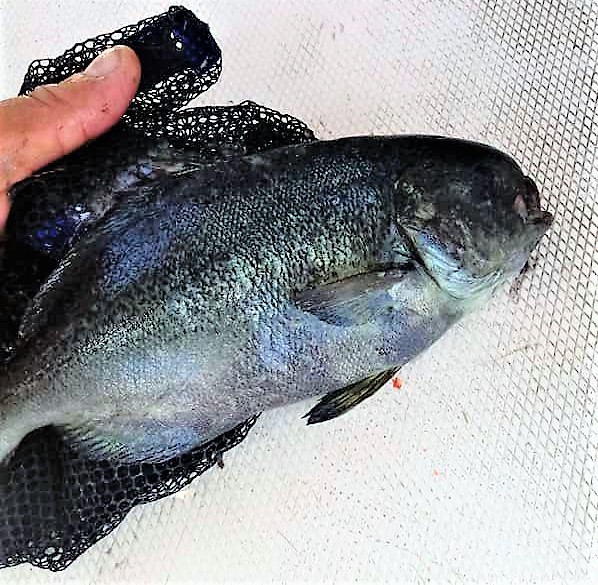 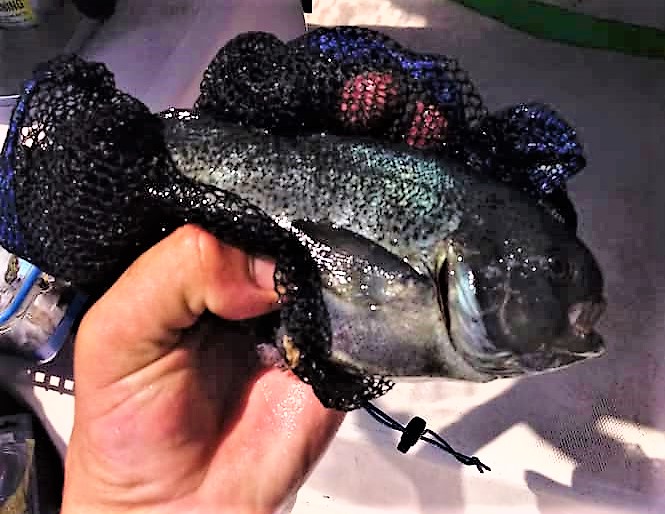 It's a young barrelfish, found way out. At that size, they hang near the surface and share flotables with mahi.

This entire line of portable showers is great for things like beach buggying -- cleaning fish on beach and such.