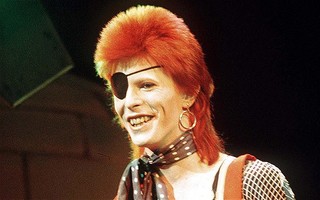 Monday, January 11, 2016: Pure skies and testy temperatures. There really isn’t much on the fishing front, though I saw a lone-soul surfcasting as I dove the beach to work. I didn’t have time to stop, since we begin SandPaper 2016 today, but if folks are going to fish this late into last year (Huh?) I think they should throw out a double bait-rig with a couple smaller hooks, graced with the likes of GULP or blood worms. I’m convinced there are hake, whiting, ling and such in close. Of course, I’m sure as hell not going be standing/sitting out there in the cold to check for them. Kayaking out on a calm day might be in my stars.

The week looks normalish on the temperature front and quietish on the weather front. That is just fine. Every winter day snuck quietly past is one day closer to spring. Obviously, we cannot even remotely complain about this winter, to date.

The ocean is still toying with 50 degrees, though bay outflows at inlets have water in the 30s.

I bring up that warmish ocean because I see the potential for coastal storms by the end of this month and possibly through February; nothing on the immediate skyline. Any coastal systems, with onshore winds out of the northeast or east, will be rain events, once the winds blows across those unseasonably mild open-ocean waters. For example: Speaking of those potential form-the-south storms, there is a computerized projection for them to move offshore unusually far to the, below Hatteras. That would direct them well out to sea, as opposed to hugging the coast. That has already happened a couple times this late-fall and winter.

While it’s ridiculously early to seriously forecast, I’ll wildly project that there is a high-sky potential for us to see drought conditions come spring and summer. Again, that’s based on the far-more-immediate trend, holding moisture north and south of us. However, come summer, the south could also suffer severe drought if its Gulf moisture dries up. It could be a bad year for the cotton. As to the Midwest, forget about it. Summer drought and heat to painful levels will prevail -- to the point of travail. 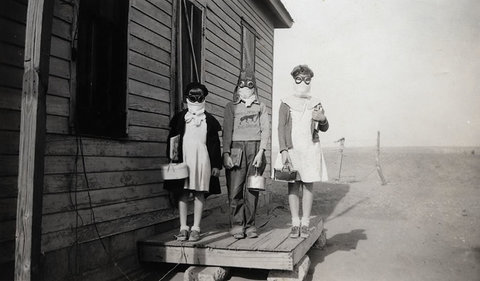 Hey, it’s a new year which means it time to make predictions – not on fishing, of course. That’s absurdly unpredictable. For buggyists, here’s a reminder to up-year your buggying permits with the towns whose sands you frequent. With all the new sand out there, non-storm beach driving has never been easier, with entrances/exits better than throughout all of LBI history. Hey, you can’t believe the number of folks I’ve helped get unstuck who reference their once having driven on hard Florida beaches. We’ve already had two such unadvised drive-on this year. They paid the tow piper. 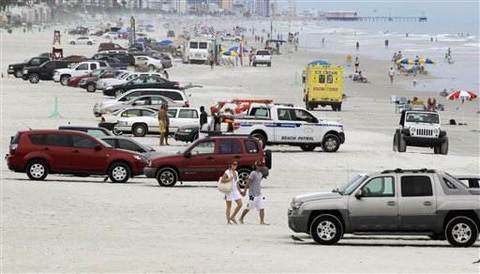 Hey, you can’t believe the number of folks I’ve helped get unstuck who reference their driving on packed-hard Florida beaches. We’ve already had two such unadvised drivers-on this year. They paid the tow piper. On that buggying note, I must emphasis my term “nonstorm beach driving.” I liken it to driving the Boulevard during a fine sunny stretch when the roadway is a breeze to zip along. Then, throw in even one stormy downpour and negotiating the Boulevard goes south faster than an LBI sewer overflows. Ditto with our wide and inviting beaches. As we saw over the weekend, a mere one-day blow can transfigure those sands from begin-level drivable to where even experts fear to ride.

Furthering the example, at the height of the recent blow, Ship Bottom’s all-time-wide beaches were overwashed by wave action, clear to up to the dune fences. Then, only a morning later -- and shift to howling west winds -- they were again dry and wide enough to land your private 4WD Boeing 747s atop. Hey, such sand and beach swings are part and particle to our lifestyles, now ruled over by an intensifying atmosphere. The Golden Globe winning "The Reverent" was hot almost entirely in natural light. That offers all us videographers the same incredible lighting system. 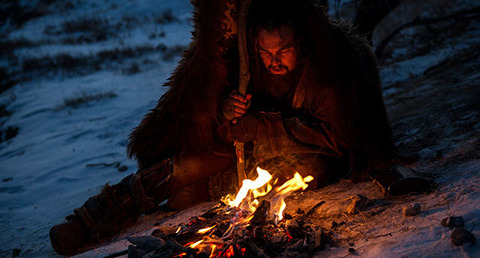 FYI: For all those who would love to wring this kid's neck ... 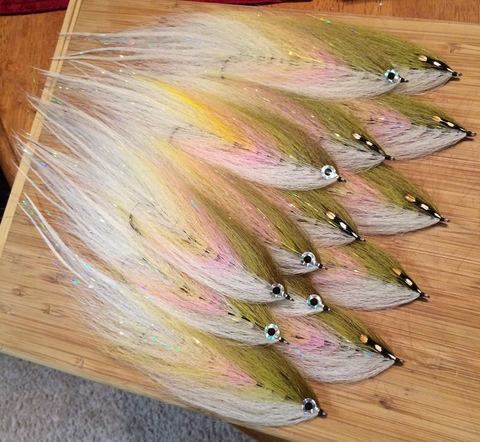 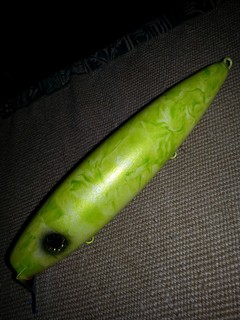 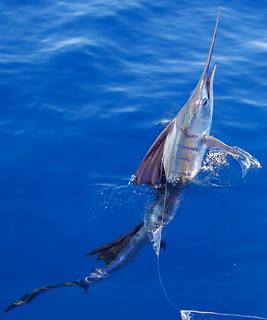 (I'm putting this in here mainly to show some cool close-ups of fish ... )

Captain Bruce Millar built his reputation for catching big striped bass for his clients aboard The Otter by decking numerous fish over 50 pounds using a classic striper technique—trolling tube-and-worm rigs. What makes Capt. Bruce’s striper-catching success most amazing is that he’s been catching trophy stripers without the one part of the tube-and-worm rig that all bass anglers know is indispensable – the seaworm.

In fact, Capt. Bruce hasn’t had a real seaworm on his boat in 6 years, because he’s figured out something far better — the Otter Tail.

As anyone who’s ever fished tube-and-worm rigs knows, seaworms are a pain. They’re expensive, they’re not always in stock when you need them, and they smell awful. To keep them alive, you have to keep them cold and damp (in other words, worms in your refrigerator!) and if a small bass, porgy, or cunner nips the worm off the end of your tube, you’ll end up fruitlessly trolling a bare tube past the noses of big bass without getting a sniff.

Capt. Bruce’s seaworm solution is the Otter Tail—a curly piece of proprietary material that swims with seductive ripple at the business end of the tube. It’s super soft, yet super strong, and holds up to multiple fish—even bluefish! It’s super scent absorbent and has a lifelike slimy feeling. Most importantly, it catches fish. Another big striper falls to an Otter Tail and Otter Tube combination.

It took Capt. Bruce many years of trial and error testing to come up with the perfect material and cut that could replace a seaworm and survive on the hook longer than any live bait or plastic on the market. Now that he’s satisfied with the design, he’s excited to share it with the fishing community. He’s begun producing Otter Tails right in Connecticut, offering them in eight colors, three sizes, and three scents (squid, menhaden, and leech). All the colors have holographic glitter added to the material for extra attraction.

Otter Tails aren’t just for tube rigs—they can also be used to replace the pork rind trailer on a bucktail or diamond jig (unlike pork rind, Otter Tails will never dry out or rot), fished on a jighead for everything from porgies and sea bass to sunfish and crappies, and even added to a spinnerbait for largemouth bass. Otter Tails can be customized—rig two at once, in contrasting colors, to create a mesmerizing twin-tail action, or trim them with scissors to get the perfect length for your bucktails. Capt. Bruce is convinced that as more anglers start fishing Otter Tails, they’ll discover new ways to fish them that he never thought of. The fresh and saltwater applications are limited only by one’s imagination! Capt Bruce passionately believes in his products because his charter business depends on them to produce. All fish caught on his charter boat “The Otter” are caught exclusively on his Otter Lures. So far, says Capt. Bruce, hearing back from anglers who have had success fishing with Otter Tails has been the most rewarding part of his foray into the fishing tackle business, and he’s looking forward to seeing more anglers find success without seaworms.

Capt. Bruce is always working on new lures using his proprietary material, including the soon-to-be-released Tog Tails, which are impregnated with pure crab oil and will replace green crabs for jigging tautog. A 14-inch Otter Eel has successfully replaced live eels aboard The Otter and produced many big bass, especially at night.

The Otter Eel can be slow-trolled like a live eel to fool big stripers, day and night.

You can check out the full line of Capt. Bruce’s lures on his website Otterlures.com, or see them in person at the Hartford Hunting and Fishing Show, Springfield Hunting and Fishing Show, and the RISAA Saltwater Show in Providence, Rhode Island. Otter lures can be purchased online or in Connecticut at River’s End Tackle in Old Saybrook, JandB Tackle in Niantic, and AandW Marine in New London. (Dealer inquiries welcome.)